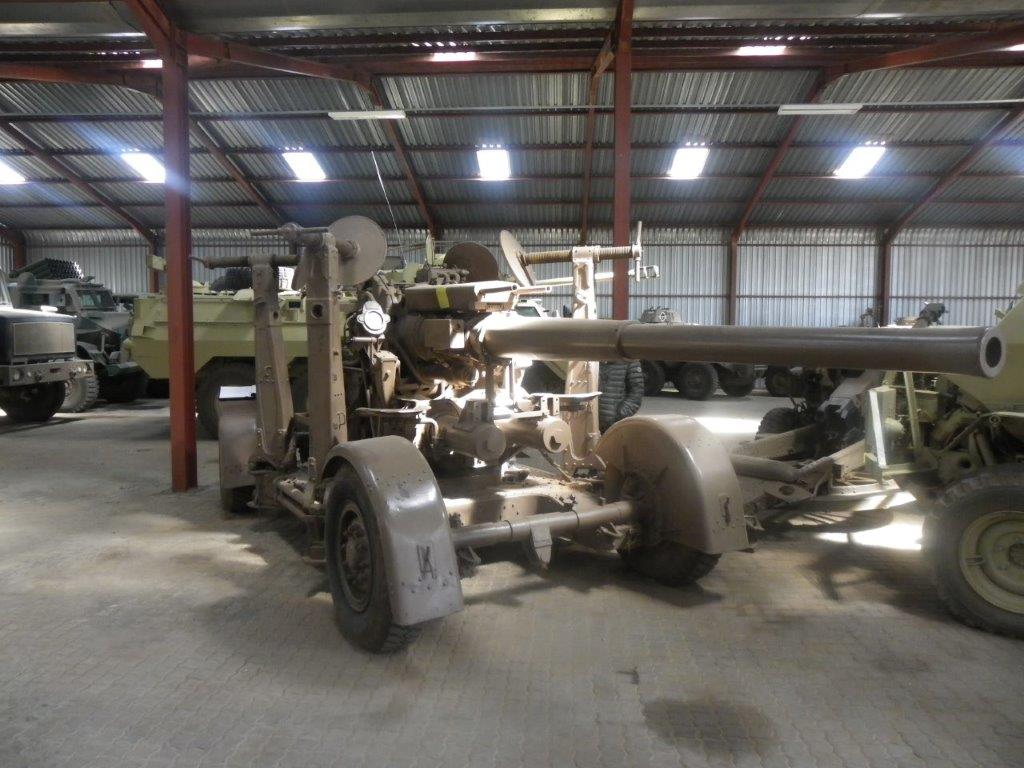 In many ways because of the significance of our 2ft narrow gauge railway in particular any other categories of preservation at Sandstone tend to be overlooked.  One of the most significant of these is our collection of military vehicles which was assembled over many years in association with the SA Armour Museum in Bloemfontein.  This arrangement is a very good example of a public private sector partnership which has worked well for both parties over the years.

We concentrated on two categories.  Firstly vehicles that were used in world war 2 by South African forces, mostly North African Italy.  These comprise of some of the most famous vehicles of world war 2, a Mark 4 Sherman Tank, a White Half Track, a Twenty Five Pounder, Canadian Ford Trucks in various configurations, etc.  The second category is South African designed and manufactured vehicles built for the Angolan conflict and for other operational purposes in South Africa.  We have some of the most famous vehicles in this country namely the Rattle, the Casspir, the Buffel, the Eland, some heavily modified Saracens and a very wide range of Carmel vehicles namely Carmel 2050 and 100.

We tend to be strict about our provenance in the sense that we do not go outside of those categories with the exception of two Russian vehicles which were captured by South African forces in Angola and which we consider to be appropriate because they were military vehicles opposing South African forces in conflict and therefore they are of great interest.

In order to raise the profile of our collection we will be taking a British manufactured world war 2 anti-aircraft gun namely a Vickers QF 3.7 inch calibre, in a purpose built facility inside our main security gate. This type of Anti-Aircraft gun was developed by Vickers-Armstrong in the UK in 1937 and built until 1945. This type of gun remained in service in Britain until 1959 when it was replace by guided missiles. The gun weighs in at 9317kg.

The sign below will be the centre point of this display which will remind people when they arrive of the presence of a historically significant and important collection of military vehicles with a very strong South African identity. 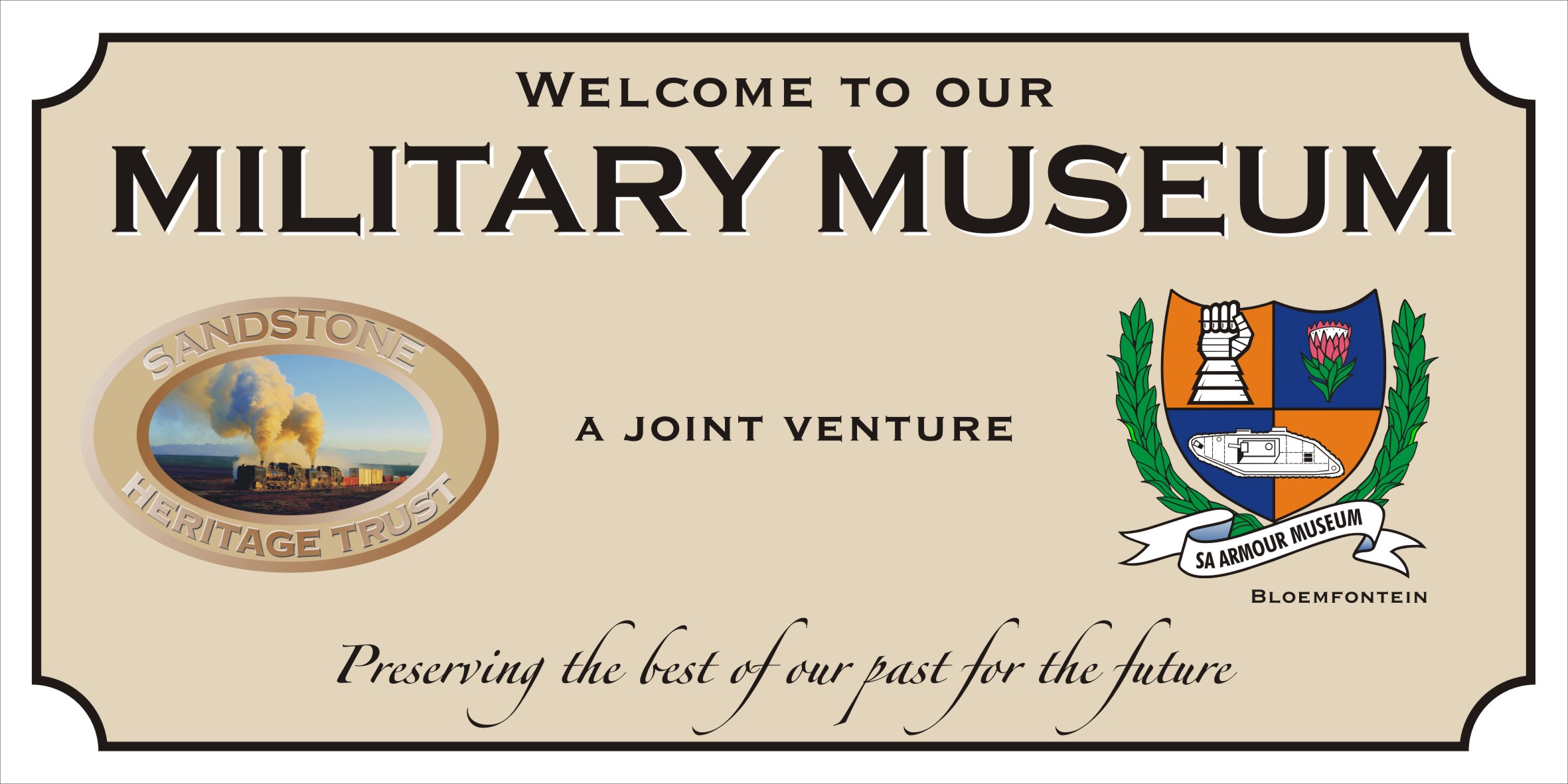 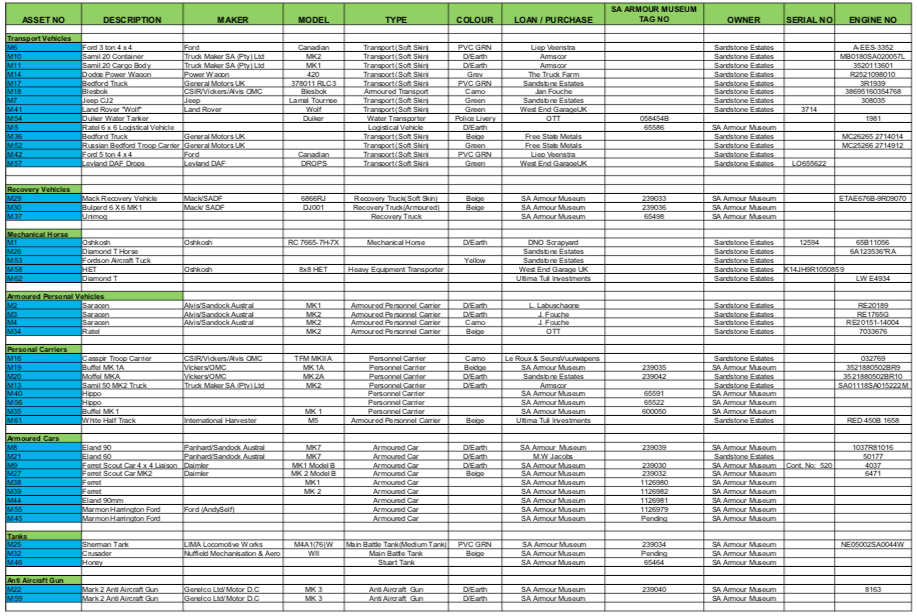 With a number of new acquisitions the stock list for the Military Collection has been updated. This now includes a Dodge Ambulance, Whyte Half Track, Land Rover Wolf, Bedford Desert truck and a Diamond T tank tractor. We shall be featuring stories on the new acquisitions shortly. Click here to see complete list 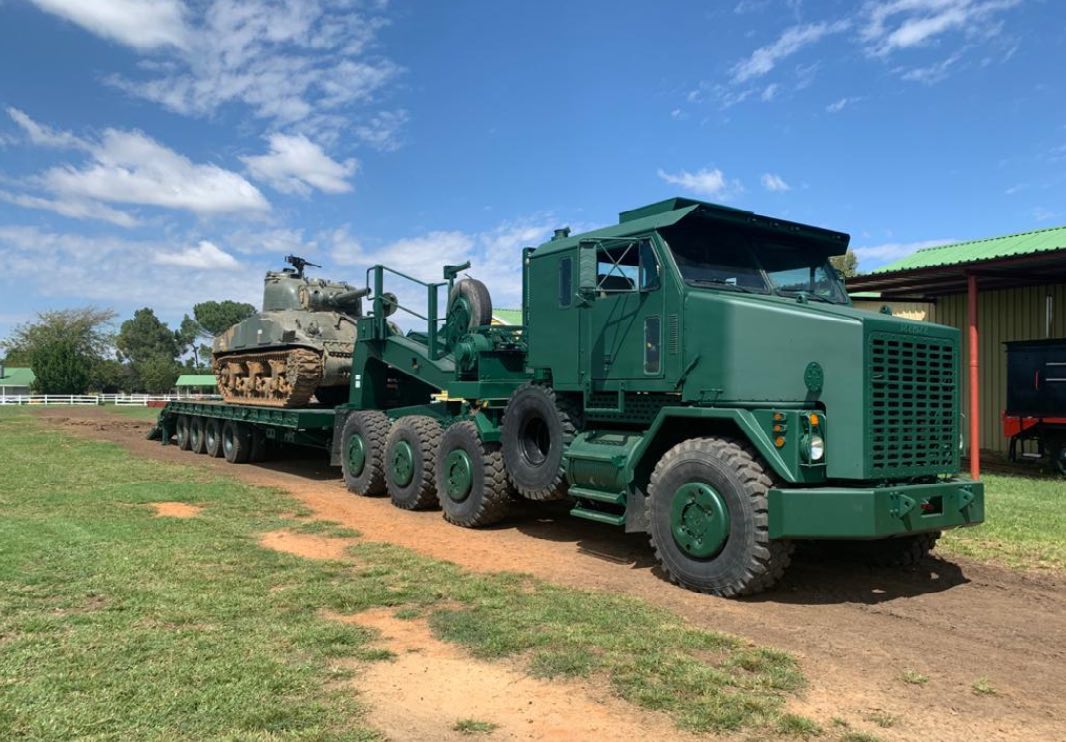 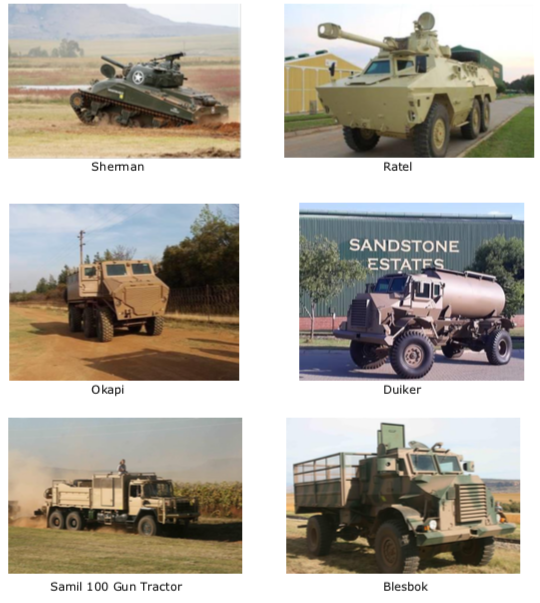 A full listing and  photo gallery of our Military Vehicle collection is now available - Click the links below to read more:

There two more updates on the blog

A further update on the Marmon-Herrington restoration. Click on the links below to YouTube to see her running.

Andy Selfe has made some significant progress on the Marmon-Herrington armoured car restoration over the holiday period. Click here to see the updated blog.

On 10th July 2015 a group of 1SSB headed by Fanus Buys came for a walking tour. They were amazed to see all the collections of old vehicles, tractors and military vehicles. They took a lot of pictures. They were in love with this place, saying it’s wonderful and clean. After their enjoyable walking tour they made a braai at waenhuis. They said they will come back again. Here are some photos. 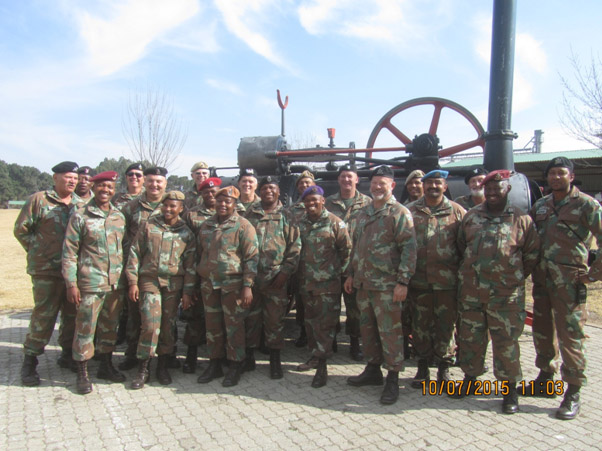 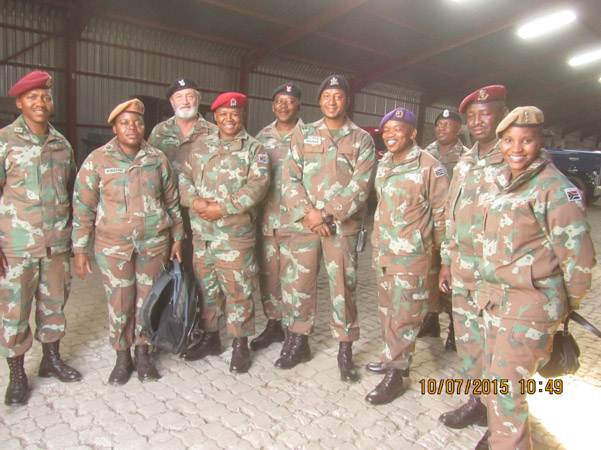 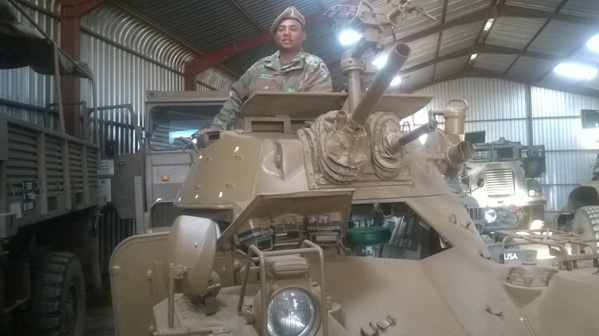 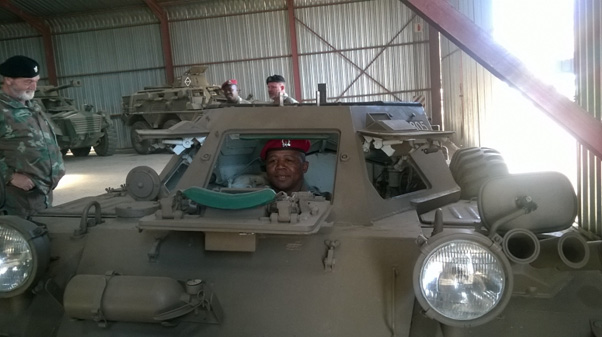 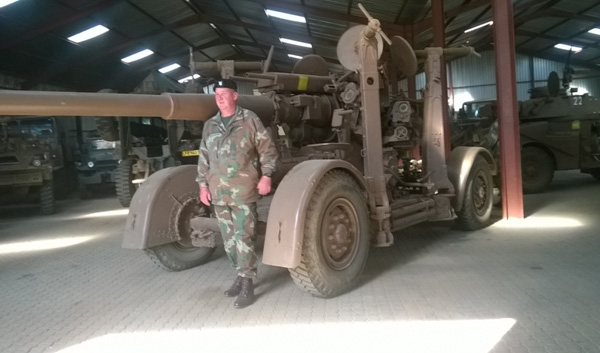 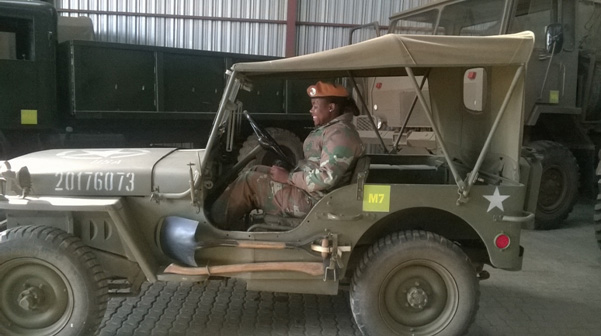 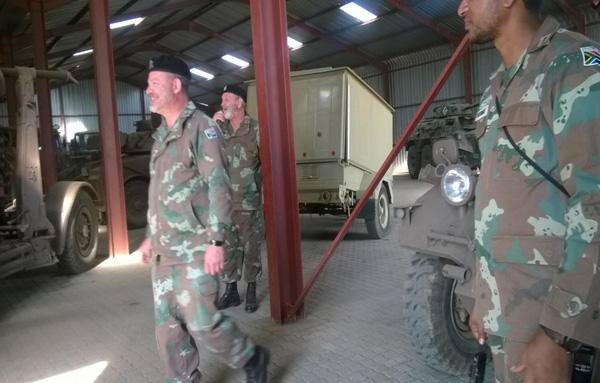 The Sandstone Heritage Trust Military Division has acquired a very useful ex British Army, ex Iraqi War, recovery vehicle. The primary reason for acquiring this is not to represent it as a particularly important military vehicle, particularly due to the fact that it has limited African connections, but more as a practical device.

This particular truck was designed to operate under combat conditions and can load or off-load 16-tons of ammunition or other materials in a very short space of time. This has practical benefits for us in an operational sense on a big arable farm and therefore it is another example of how Sandstone attempts to use Heritage items for the benefit of the business overall. In other words, our Heritage assets are being trained to pay their way. 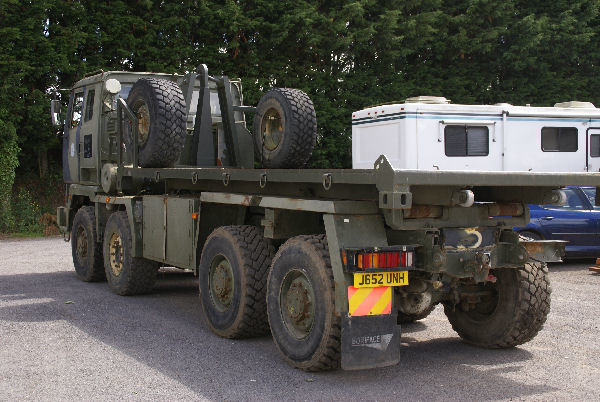 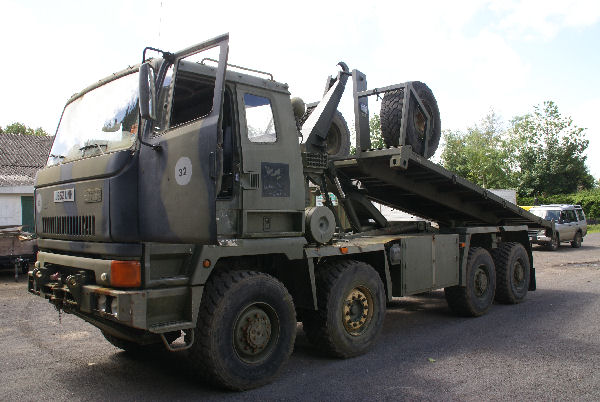 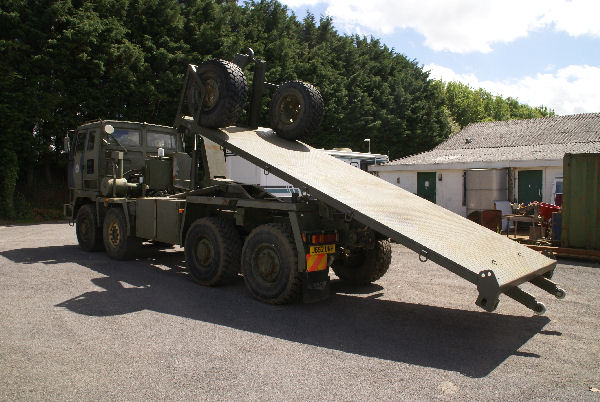 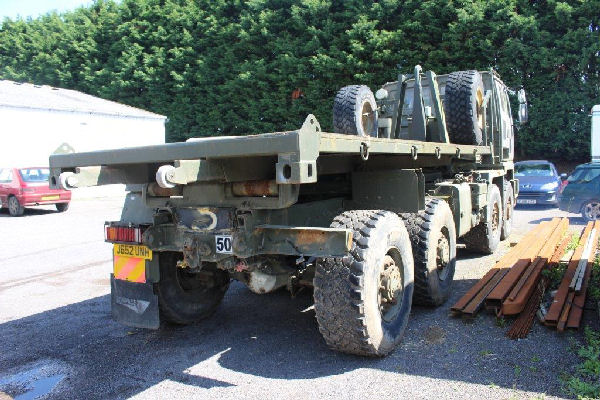 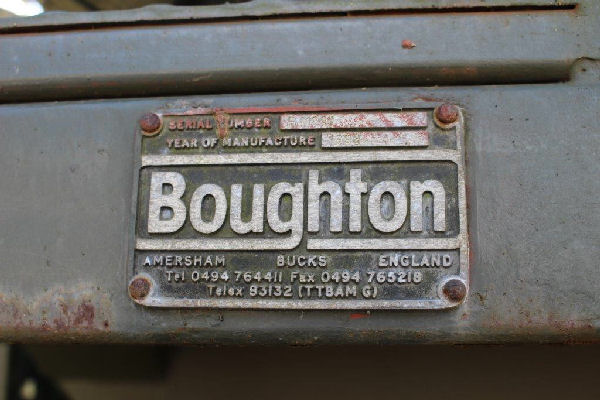 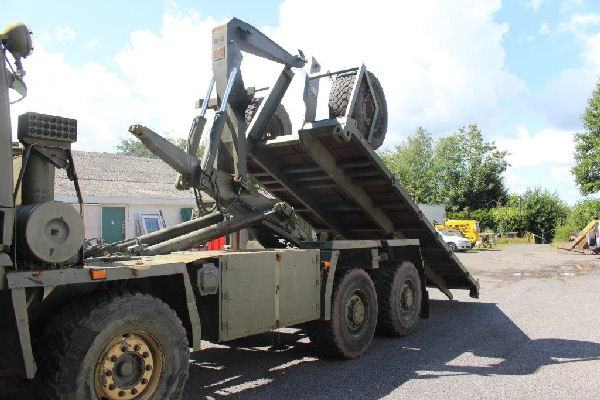 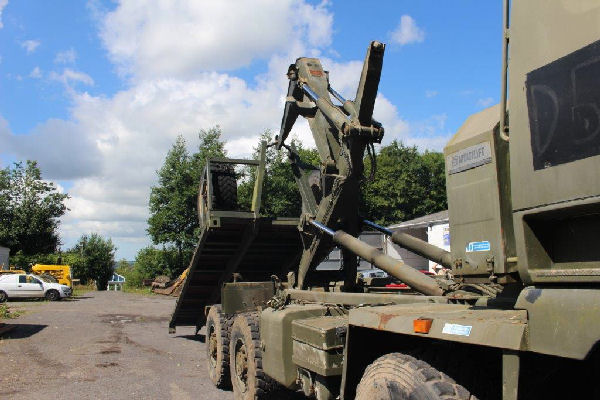 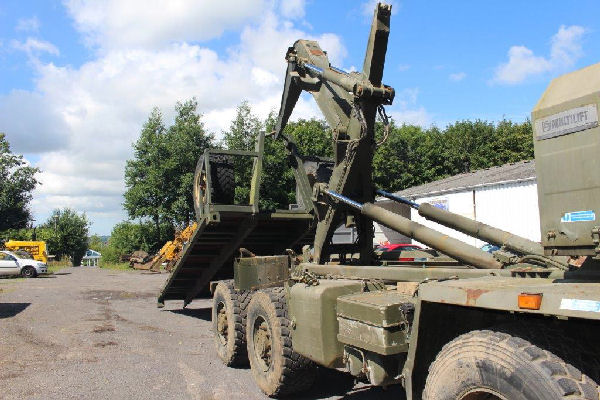 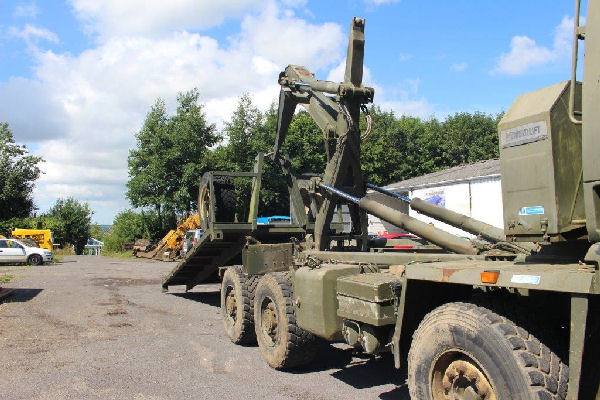 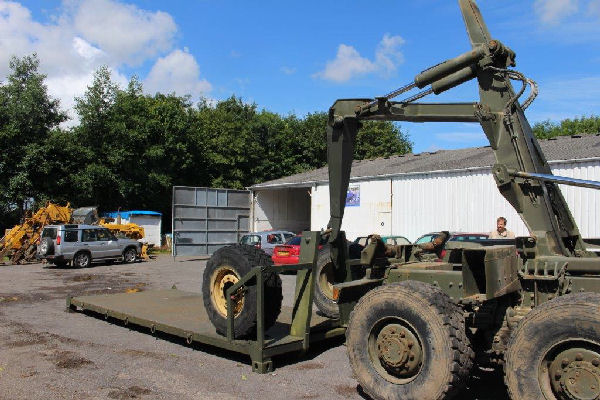 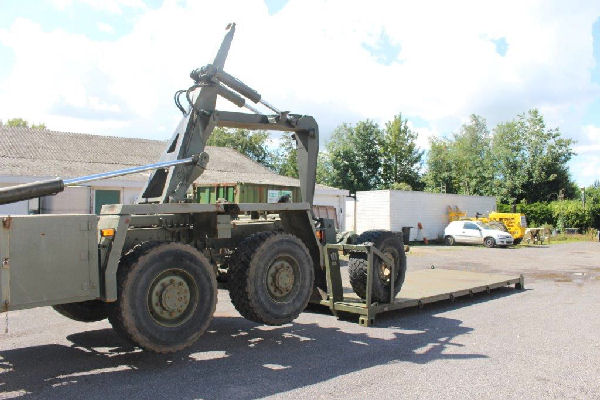 The sun doesn't often set on Sandstone's restoration programme in the Military Vehicle department of our Heritage collection. A scrap diesel refuelling tanker was located some time back in the yard of a dealer in these items. It has now been completely rebuilt and restored and is ready for use. In this case it is being towed by an entirely original Buffel Troop Carrier which is able to double up as a security vehicle for the Security Department and can refuel agricultural machinery in the field at the same time. It is very much a case of using top quality Military technology to further the crop production programme. 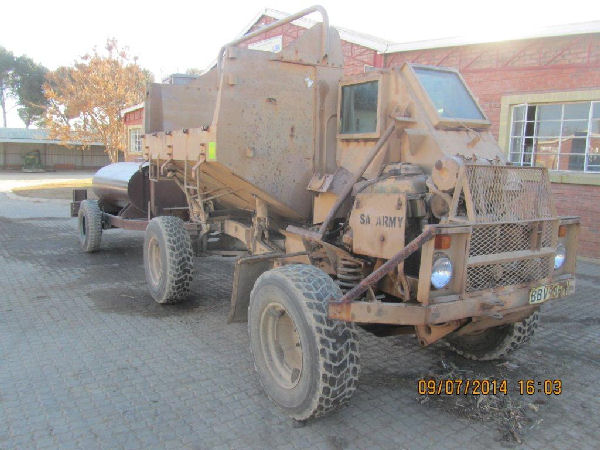 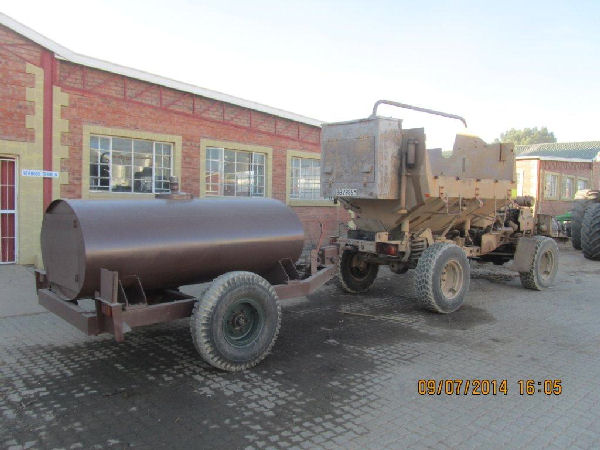 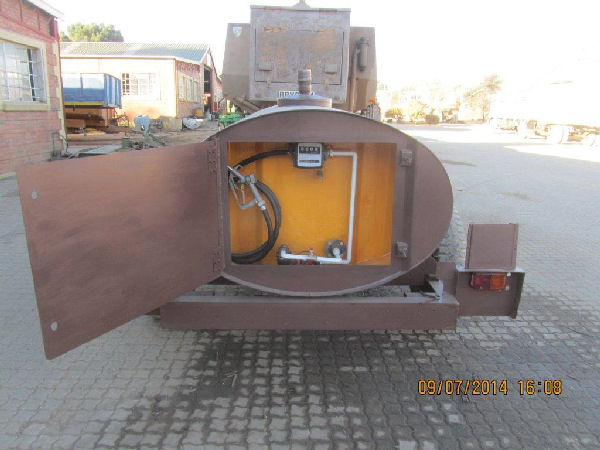