The scenic railway line from Bloemfontein in the west, to Bethlehem in the east, has long been considered as one of the most spectacular railway lines for steam photography in South Africa and indeed, in the world. Steam haulage on the line ended in 1987 and since then the line has declined into a shadow of its former self with no through trains and limited traffic at each end. The busiest section these days is probably the line to Lesotho from Bloemfontein via Marseilles.

In 1999 Sandstone was well into negotiations to concession the line for freight operation and steam hauled tourism trains. Sadly this was not to be, as the trade unions quietly sank Sandstone’s efforts for the concession, as the hint of privatisation was too much for their left wing leanings.
Nevertheless what could have been the Sandstone Steam Railroad developed into the, now world famous, Sandstone Steam Railway. A 2ft narrow gauge Centre of Excellence admired around the world.
However even after the end of steam in 1987 many steam hauled tour trains used the line. The last one, however, being the disastrous UK tour in April 2019 when the train could not proceed beyond Ficksburg from Bethlehem due to unsafe and blocked track. A sad end to a great history of tour trains on the line.
At Sandstone we thought we should celebrate the line though, but not in its heyday. This has been covered by numerous books and video productions over the years. We will celebrate the line, post 1987, and into the 90s’ as Sandstone began to make its presence felt with its concession plans. We have assembled a wonderful photo gallery by master photographer, Dennis Moore, who provided us with twenty images of the line. We have concentrated on the area of the line near to Sandstone, particularly Sekonyela, a major landmark. We have also featured two images, one by Robert Horlacher and one by David Richardson, from steam days, near Sekonyela, as they are just too good to leave out!
We hope you enjoy the gallery and we thank Dennis Moore for the images. Dennis will be producing a book in the near future on “steam days” on the Bloemfontein to Bethlehem line, which will be something to look out for! 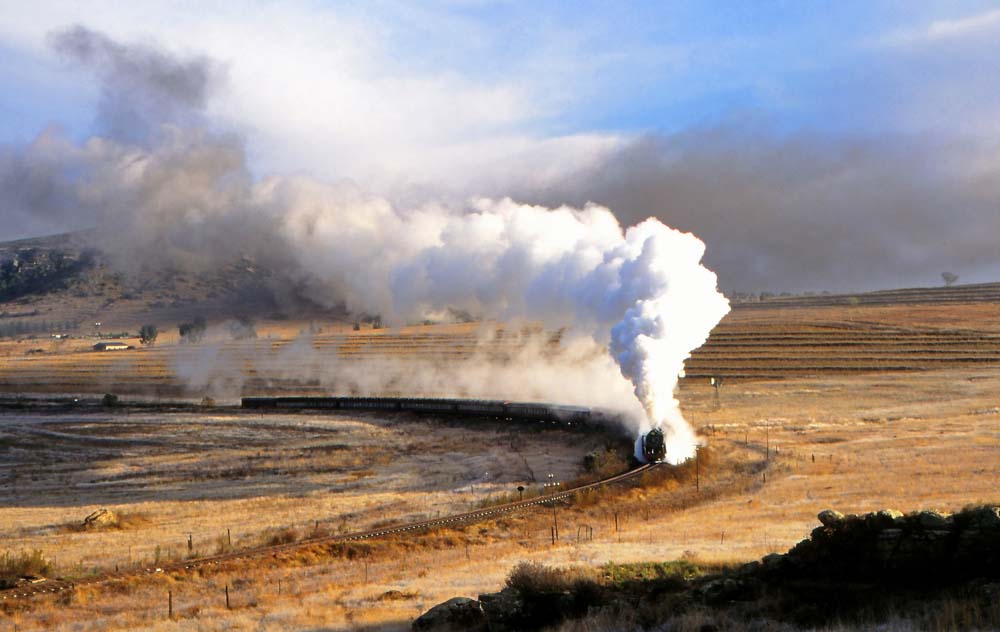 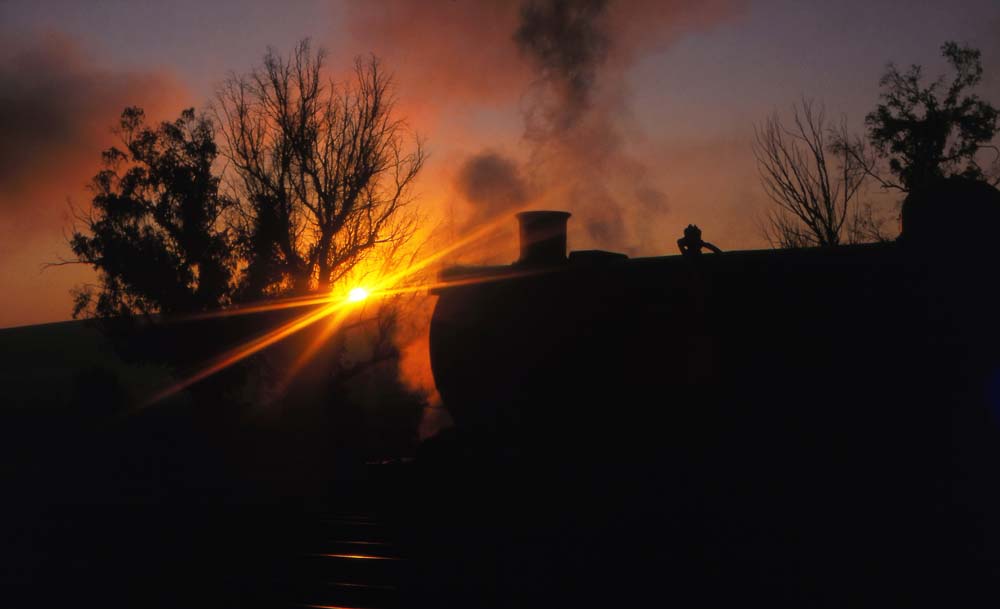 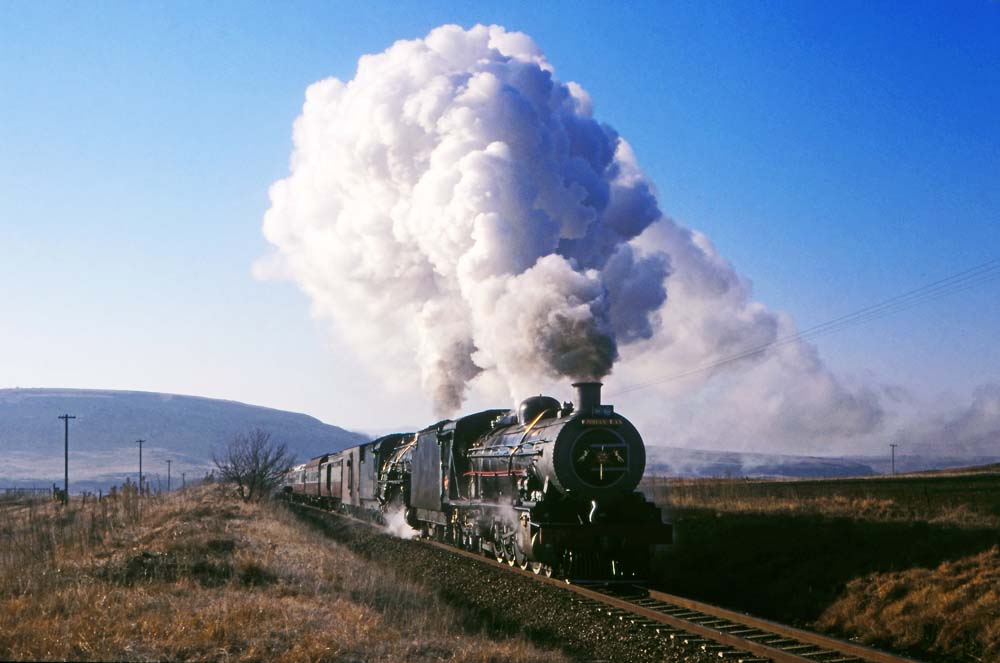 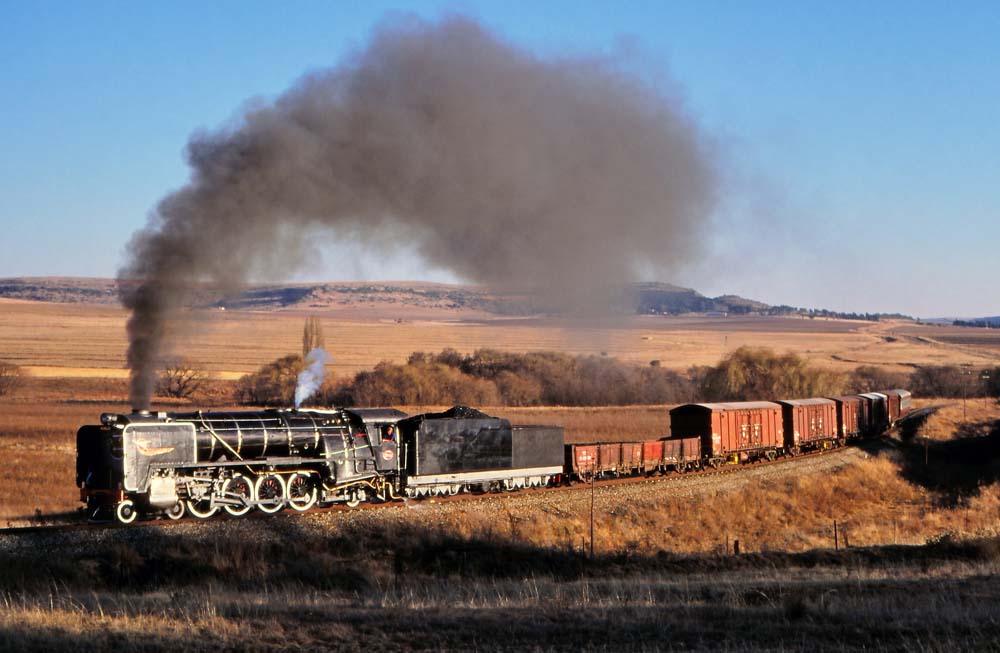 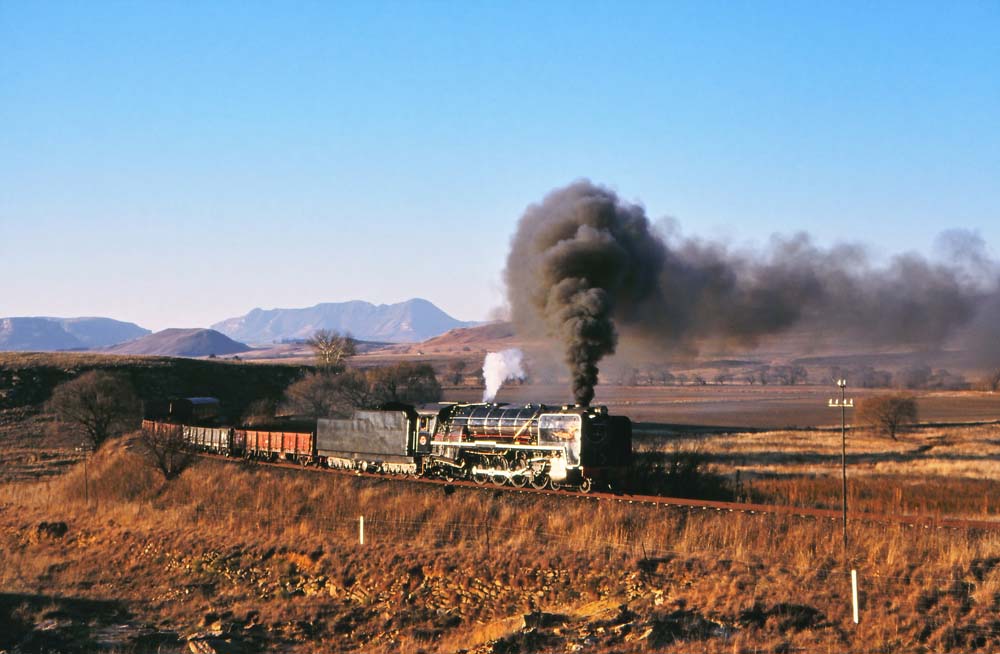 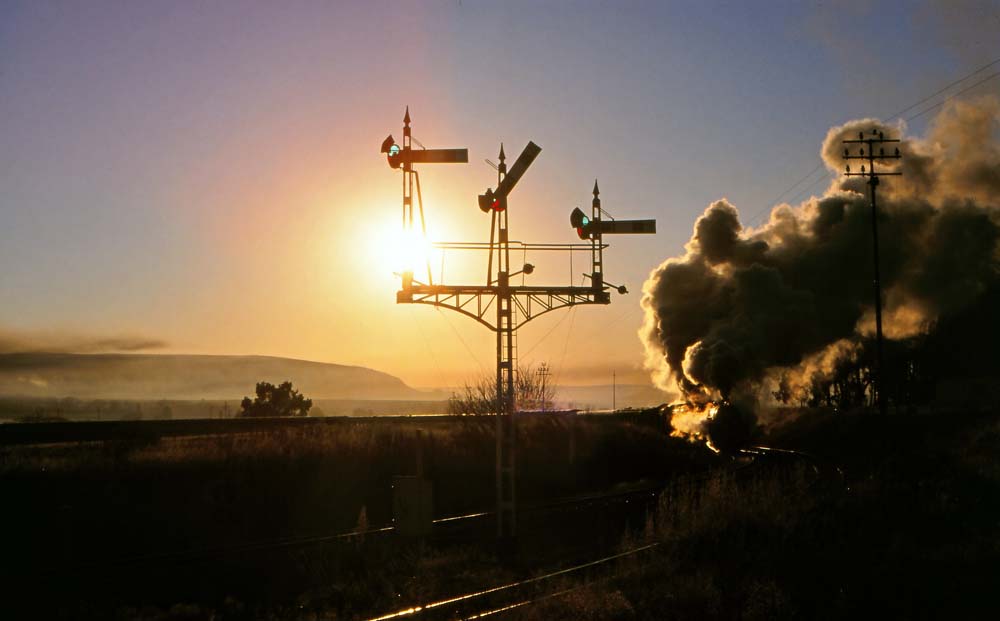 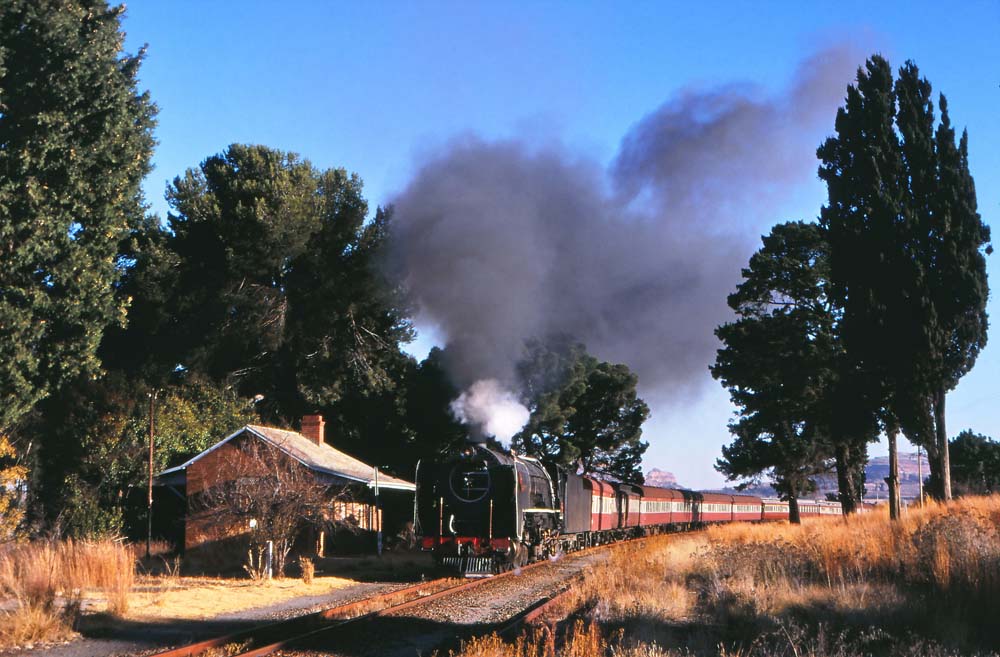 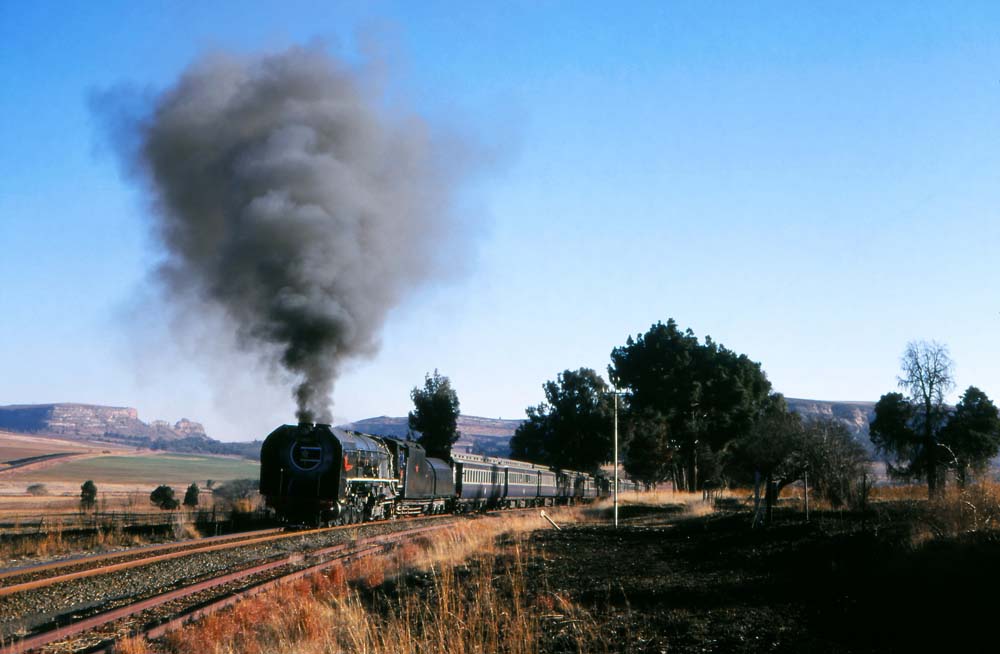 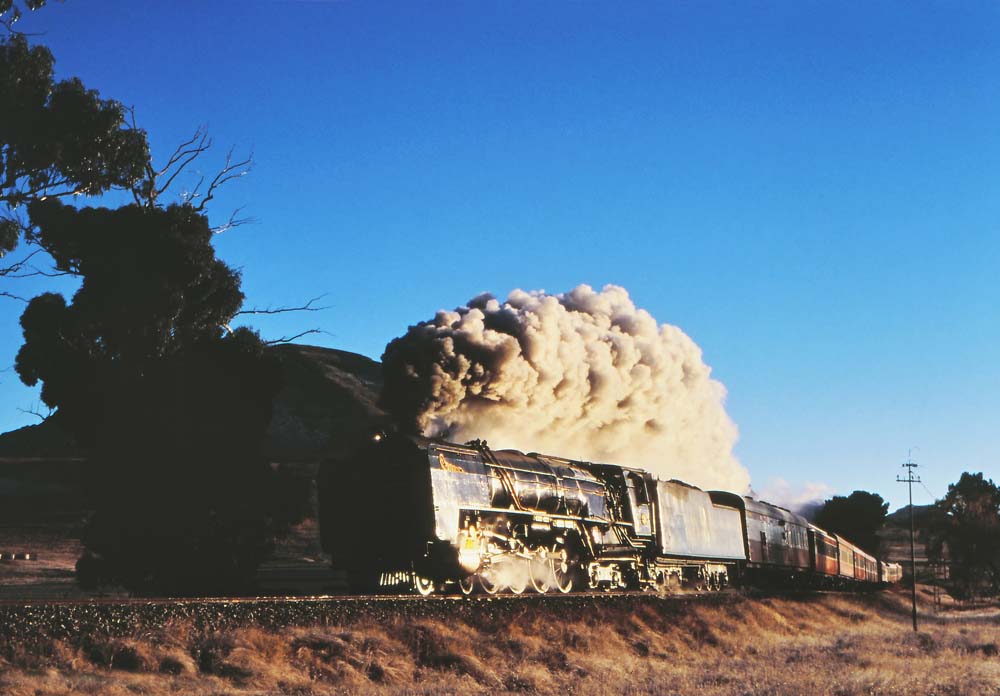 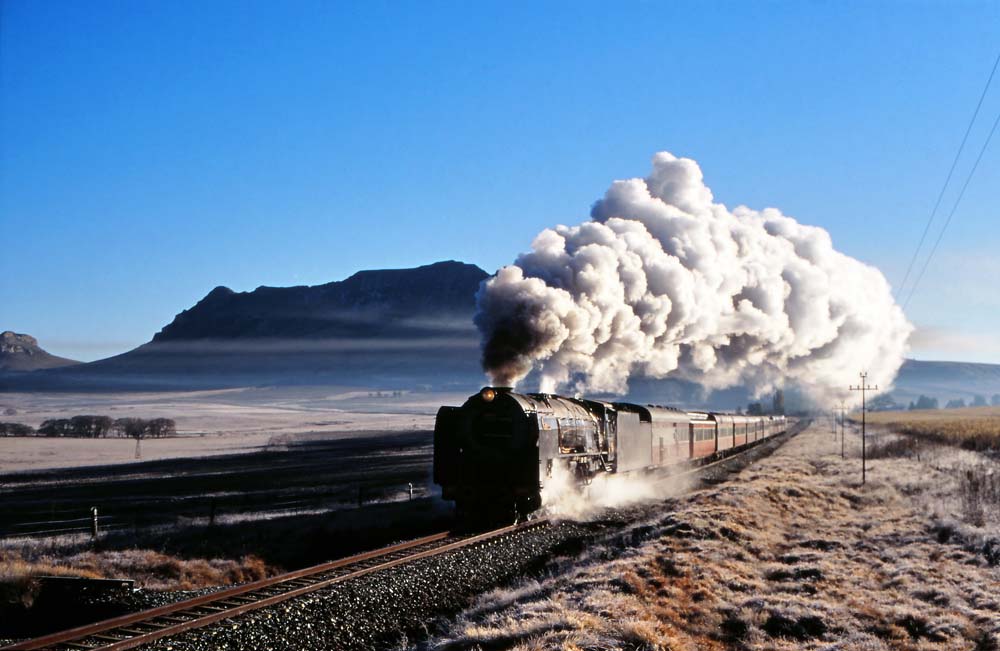 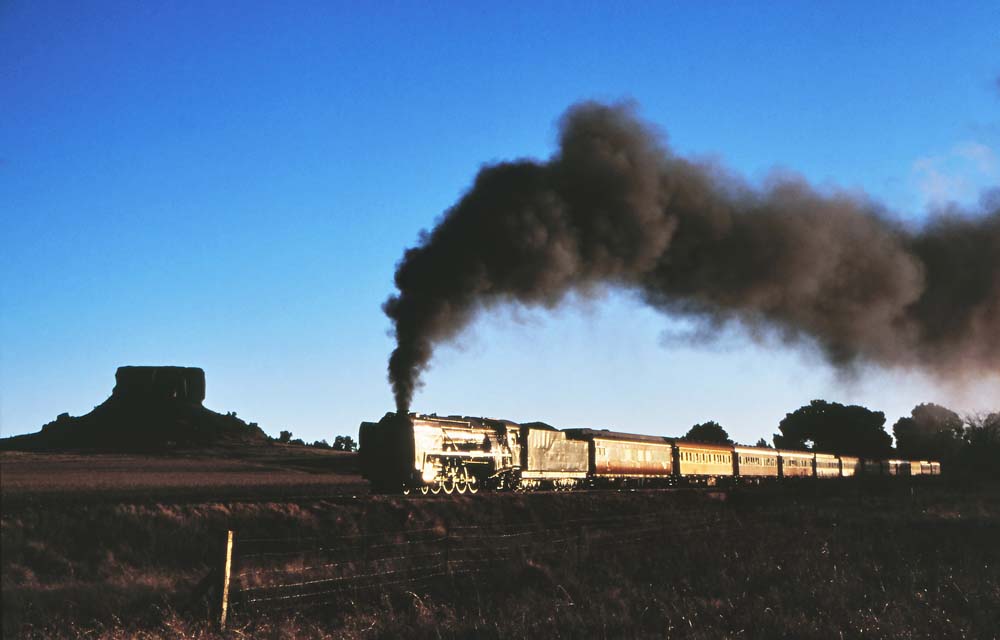 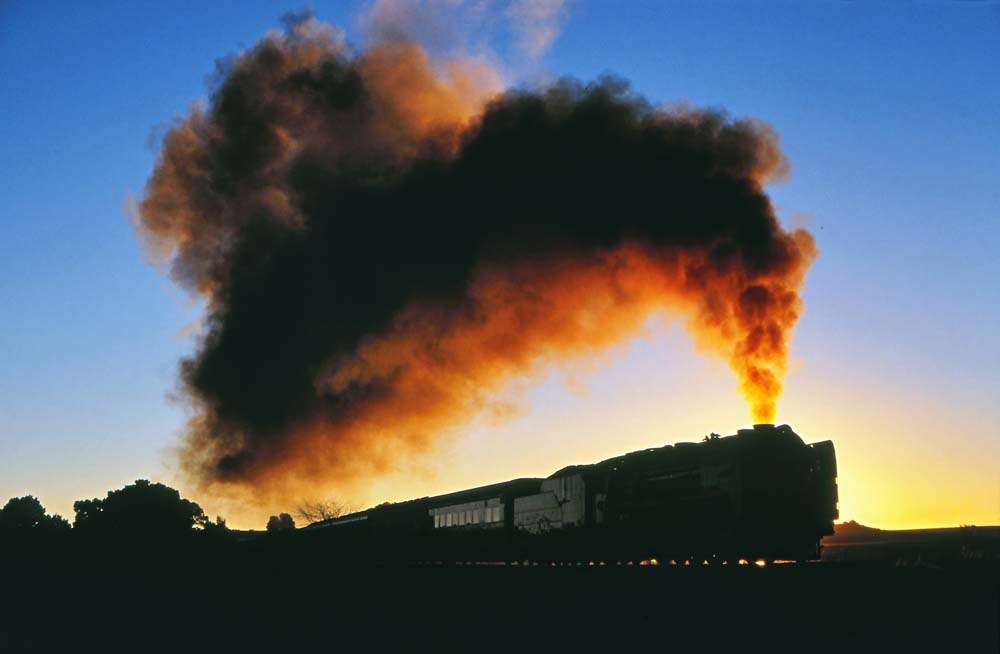 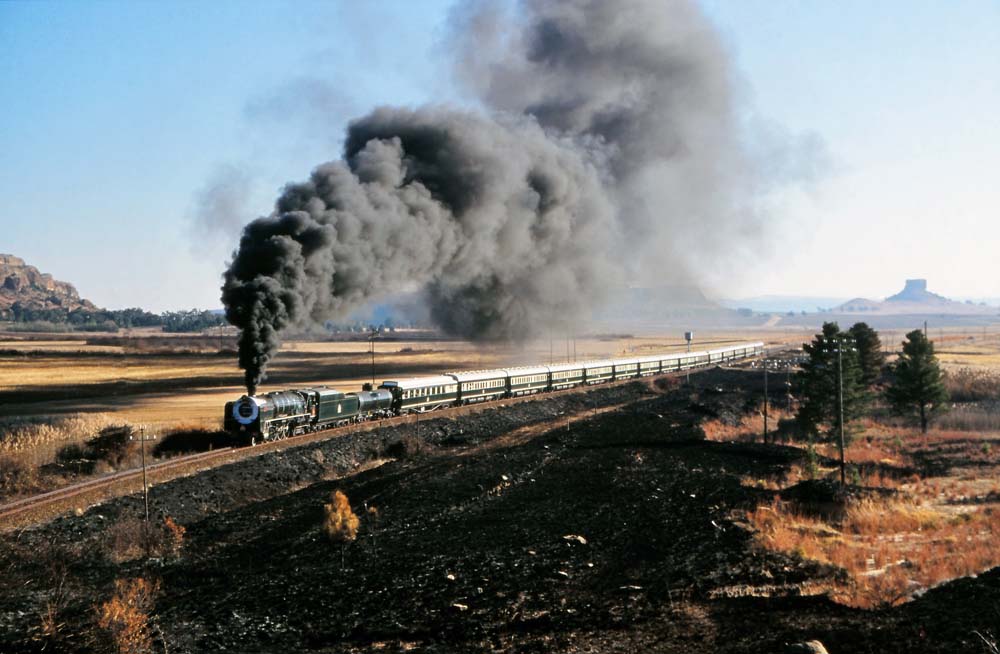 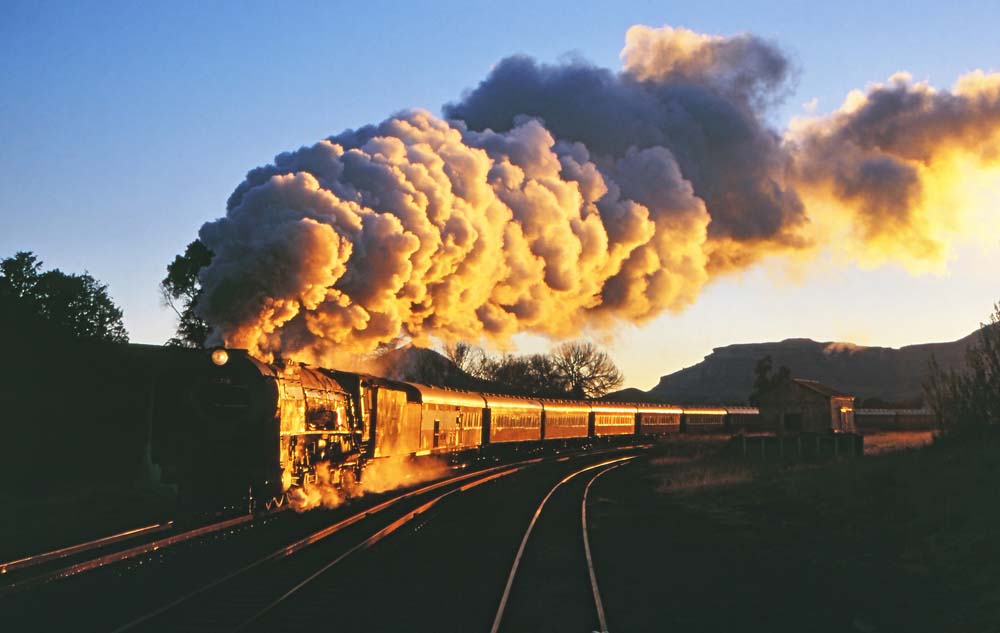 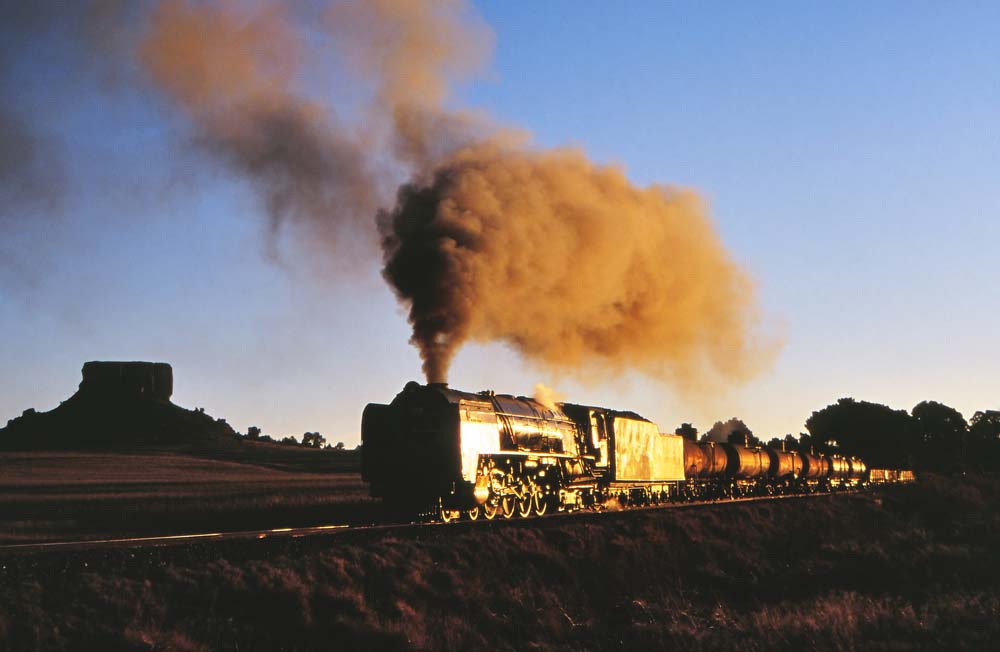 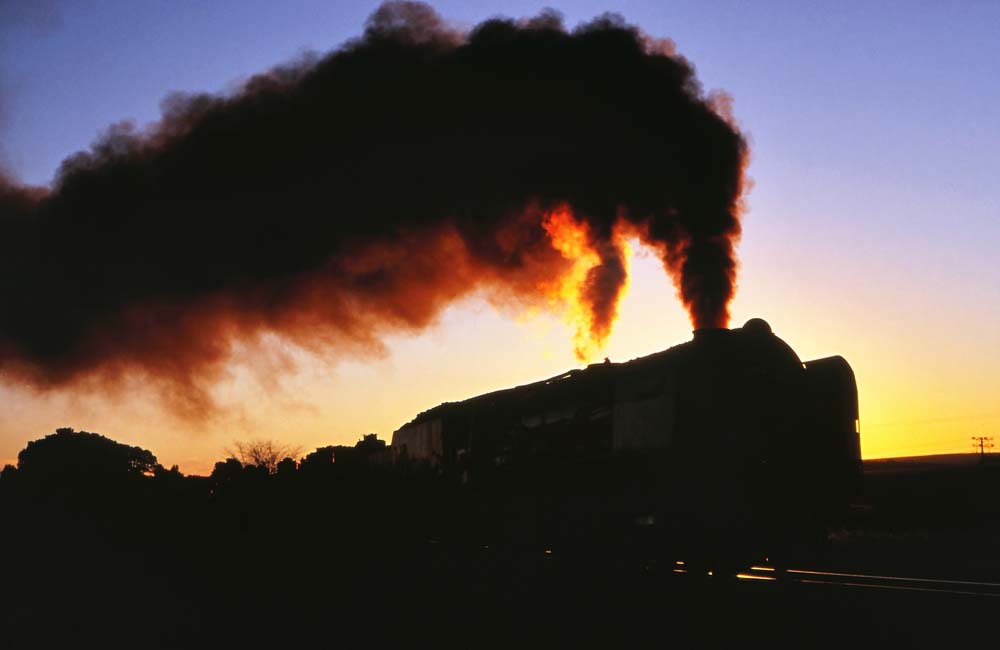 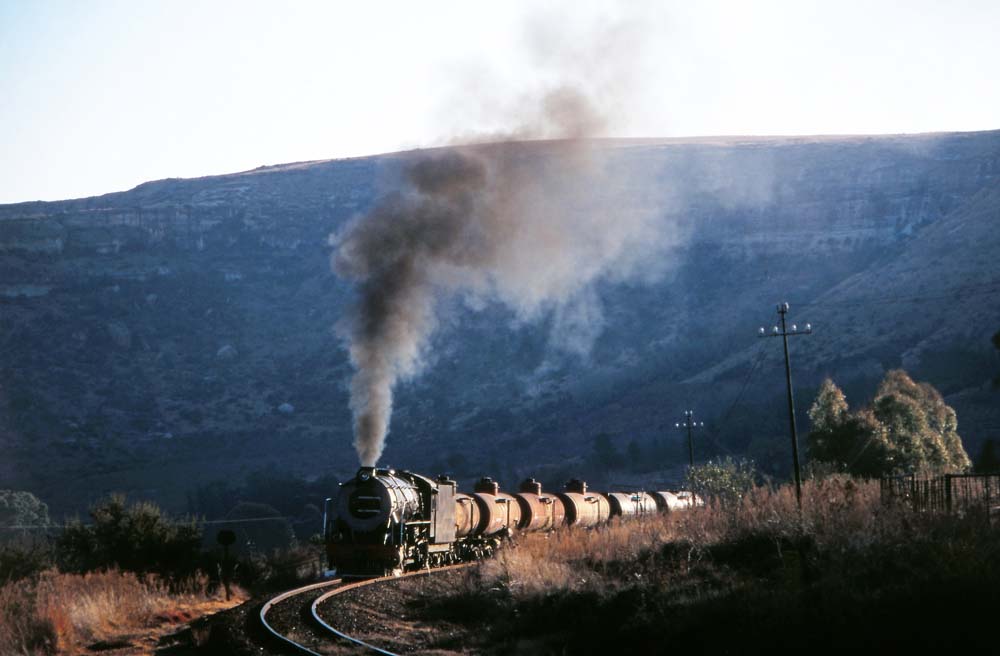 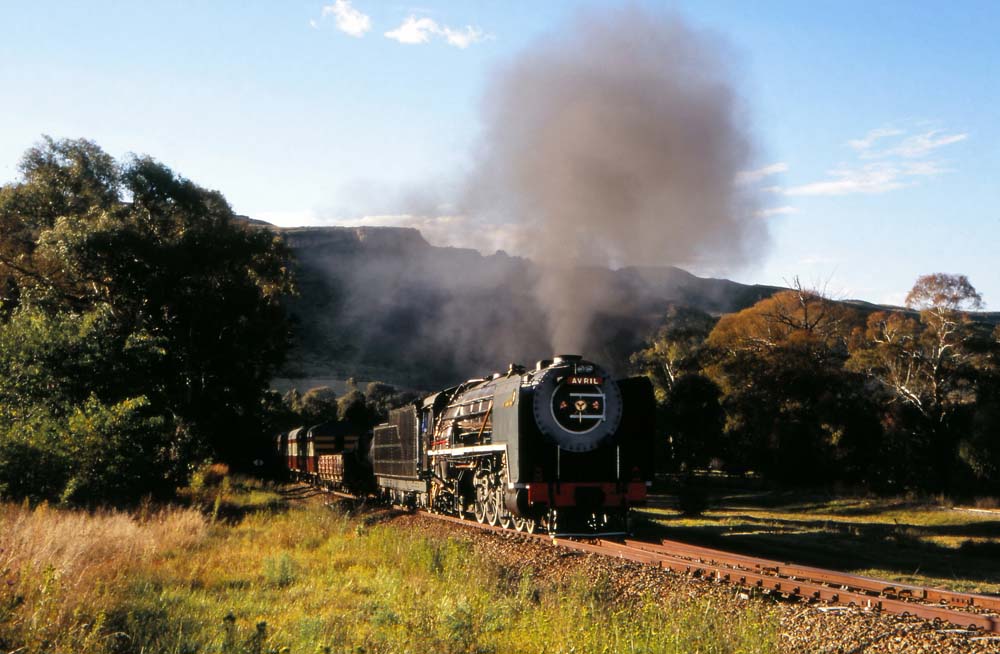 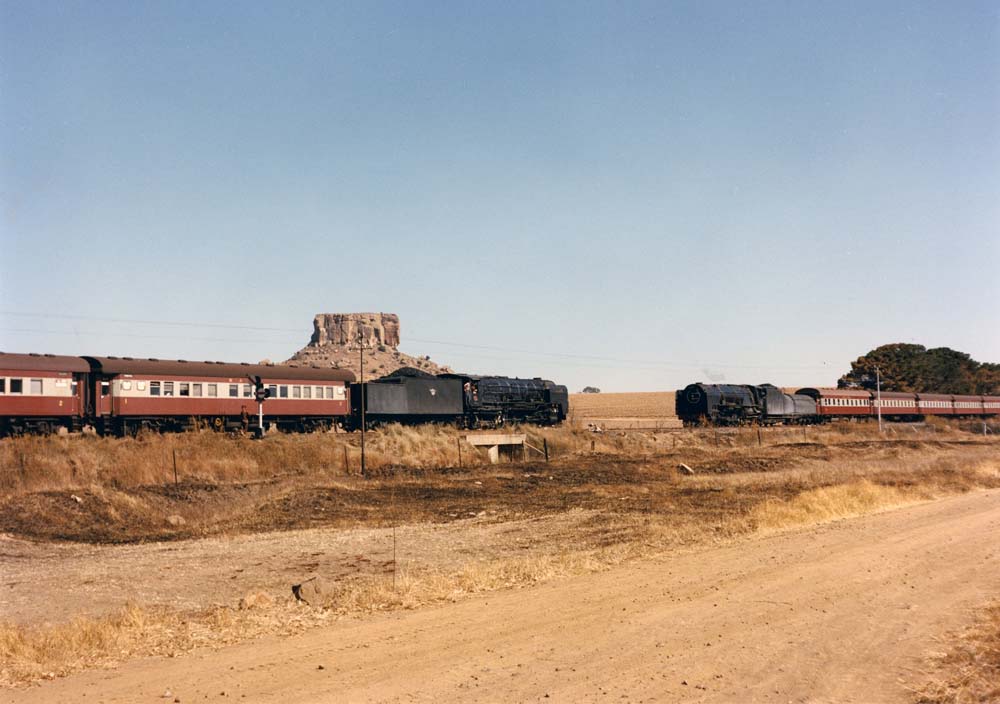