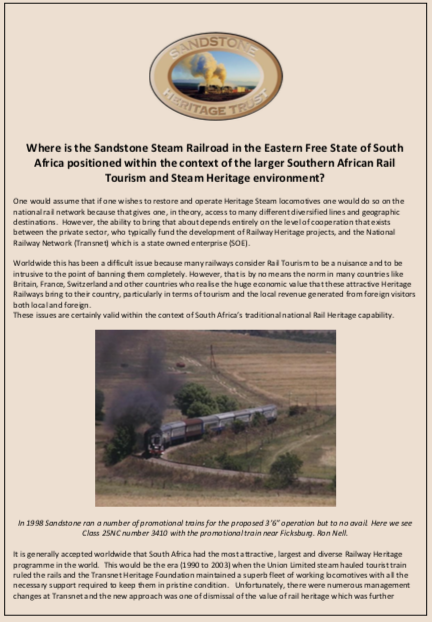 A recent post on this web site on November 4th 2020 reflected on a 1997 document, “Where to private rail use in SA?”, that discussed the potential private rail use in South Africa and was effectively the launch template for Sandstone’s original rail industry plans for commercial and tourism operations which, as we know, were not realised. However this  ultimately led to the development of the2ft gauge Sandstone Steam Railway that is now world famous. Wilfred Mole, the driving force behind the railway, now reflects on the position of the 2ft gauge Sandstone Steam Railway in the larger picture of Railway Preservation in South Africa today. Click here to read more