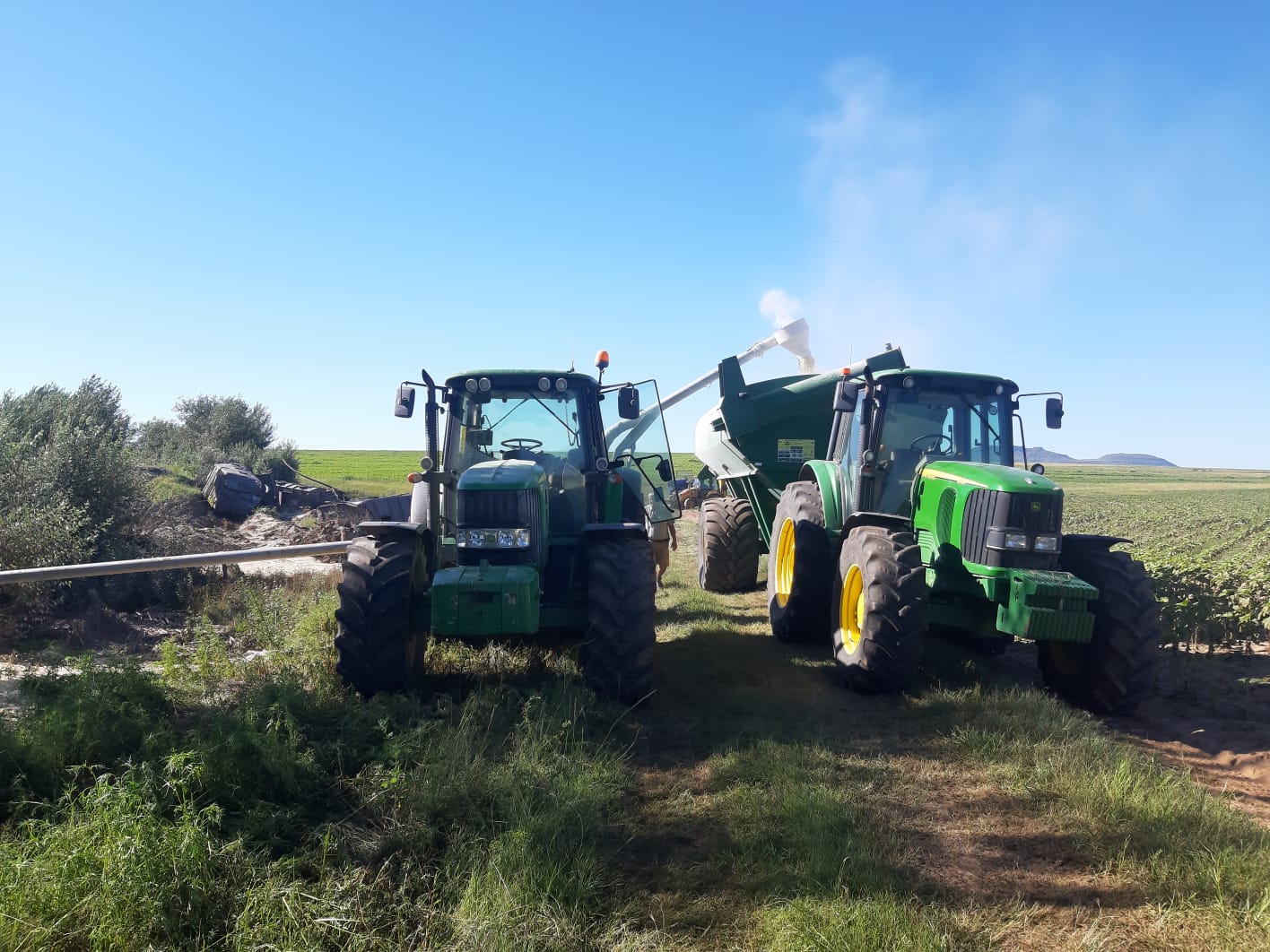 Recently a goods train on its way from Bloemfontein to Maseru de-railed due to the collapse of sections of the rail close to the junction of the line to Lesotho at Marseilles.  As one can see from the pictures these trucks were badly damaged and scattered along the railway line.  Fortunately most of them were full of maize and a few of them contained wheat which was unceremoniously dumped in the veld.  Nu-Pro, a well-respected local grain trading organisation, contacted Sandstone on an emergency basis and asked if we could somehow pick up these commodities and put them into trailers for removal to a nearby grain silo.  Fortunately Sandstone has in its mechanisation division a number of Agrivac machines built in Canada.  These are custom built machines which operate like giant vacuum cleaners and they can suck up material off of the ground and distribute it through pipes to wherever you want to store it.  Within a few hours a team under Josef Mokoroane, our experienced silo manager, assisted by another Sandstone stalwart Poni Ramohloki was on site together with Raymond Hohls from Sandstone.   This team completed the entire job in 4 days which resulted in the recovery of some 230 tons of grain.

There are all too many examples where the private sector is called upon to make good situations like this.  No medals will be issued but Sandstone were pleased that they were able to assist so quickly.  Credit must go to Agrivac for these durable machines that stood the test of time.

The Transnet train was on its way from Bloemfontein to Lesotho Flower Mill at Maseru. The day before, the Marseilles area received 100 mm of rain which caused the damage to the railway line after a dam close to the line burst and the water culvert beneath the line was unable to carry the flow of water and washed away part of the embankment. The train comprised three diesel locomotives and nine wagons, seven of maize and two of wheat. Luckily for the crew the locomotives and first two wagons passed over the damaged section but the remaining seven wagons were derailed either side of the line.

Our pictures show the recovery process, the Agrivac machine and the John Deere 6830  tractors used with the Agrivac. 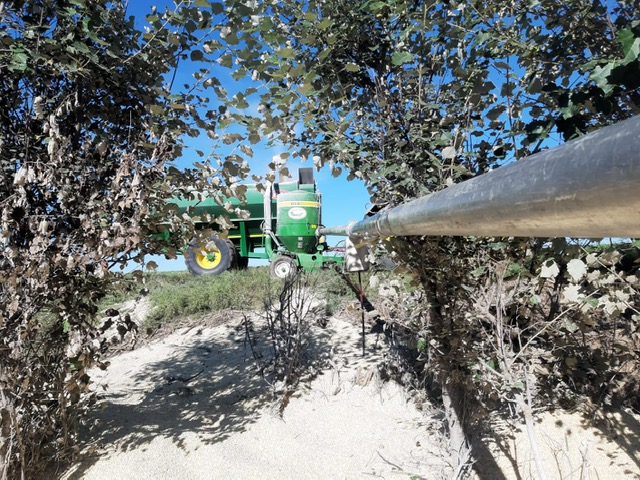 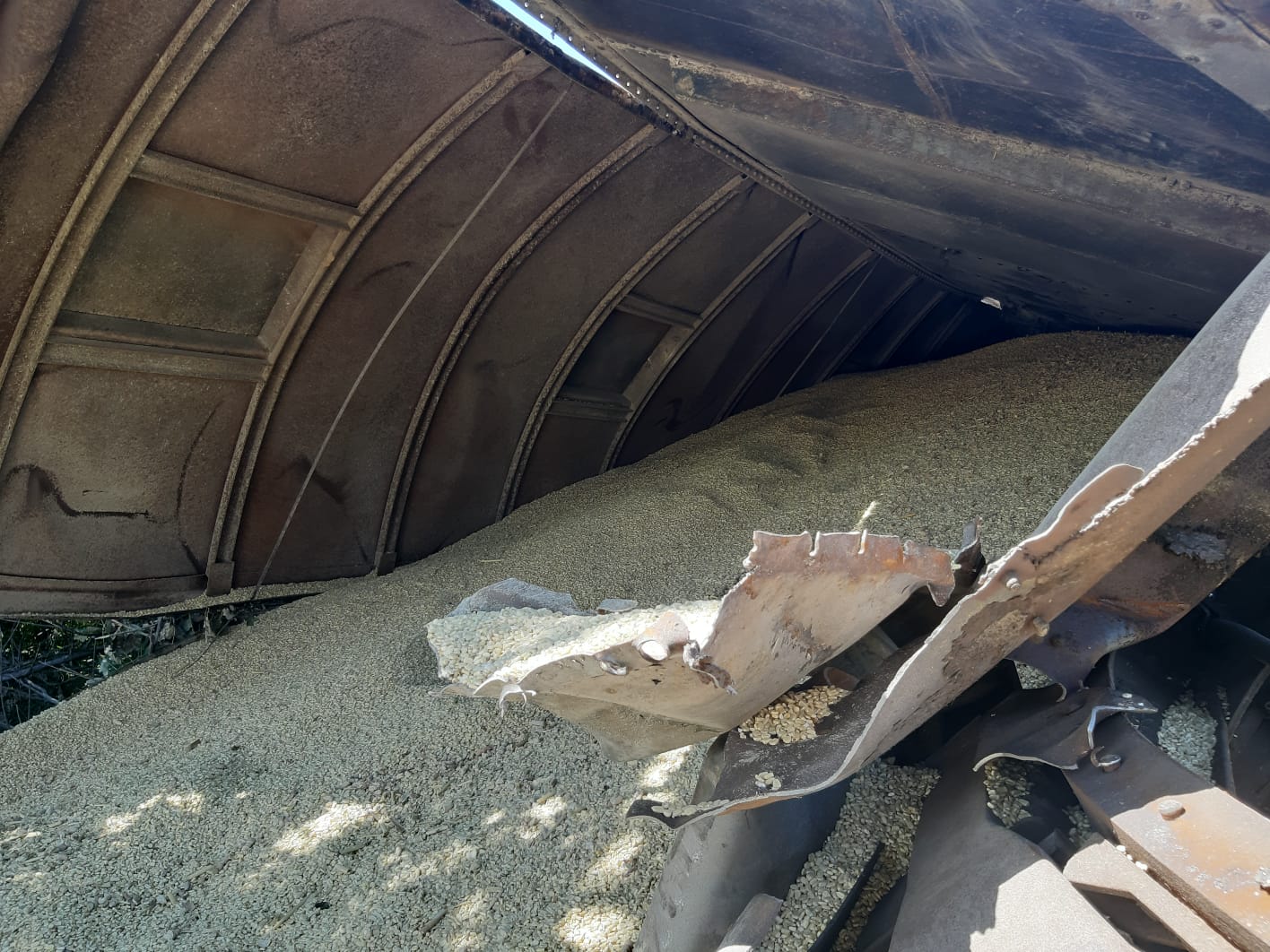 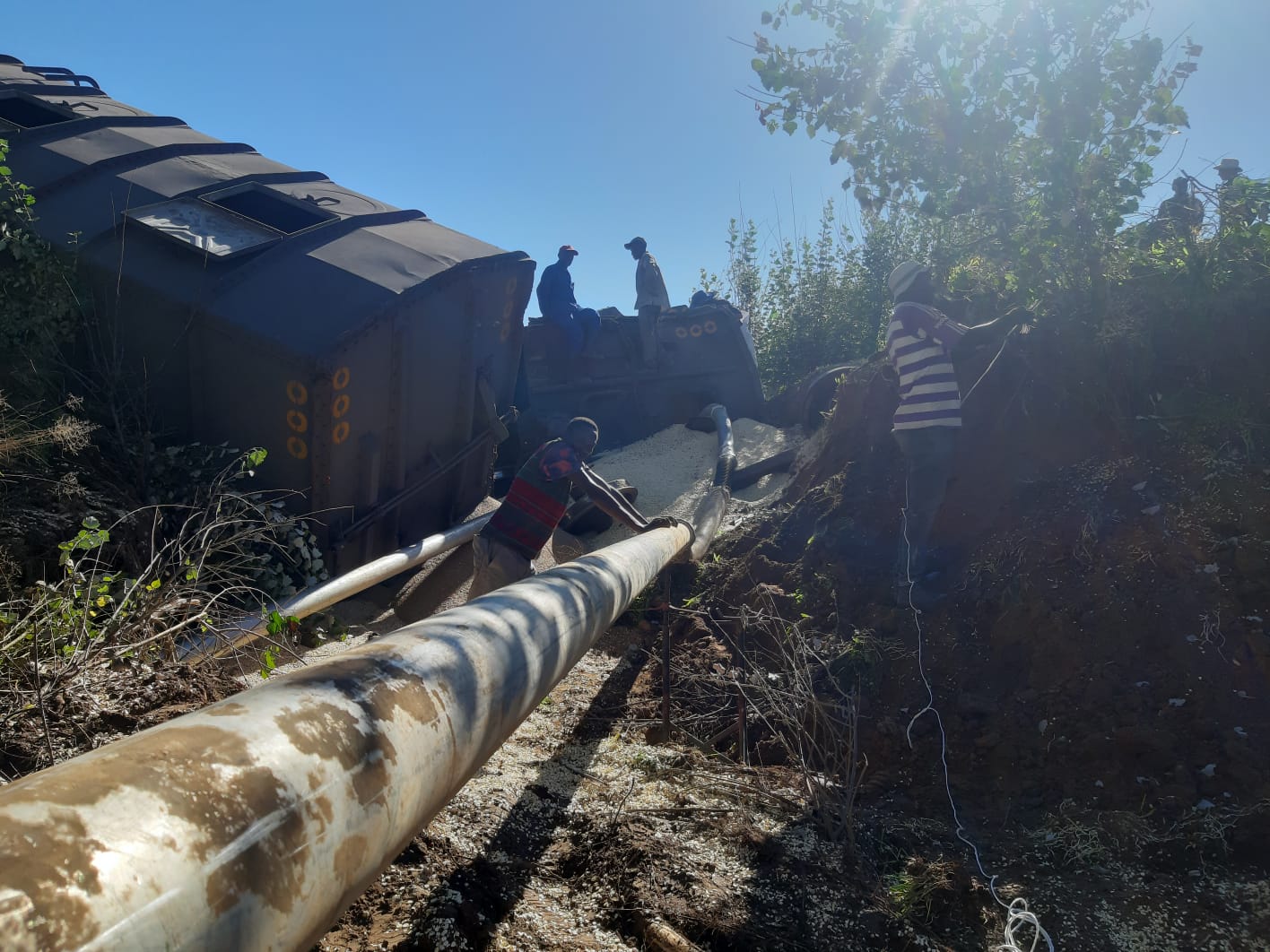 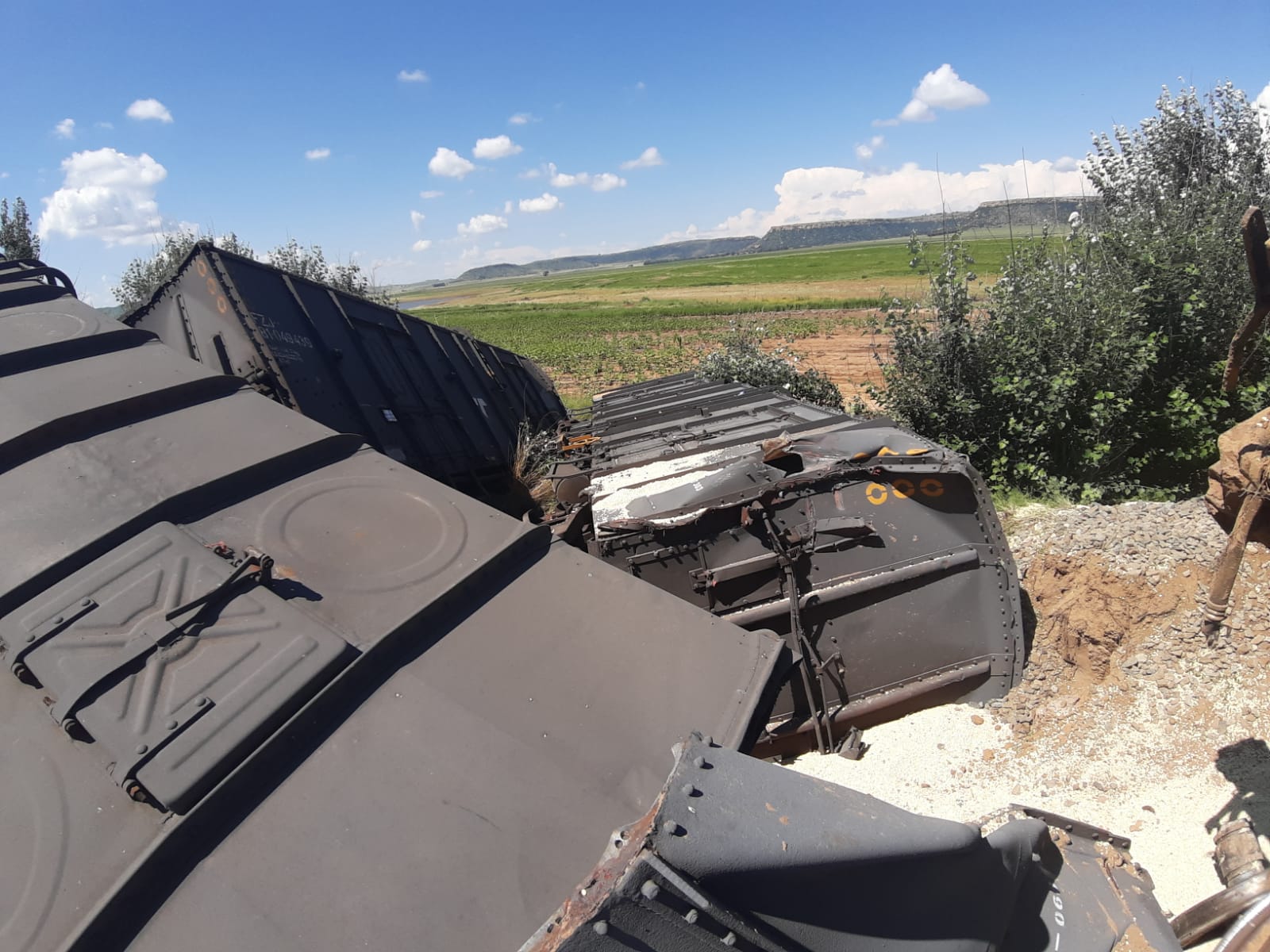 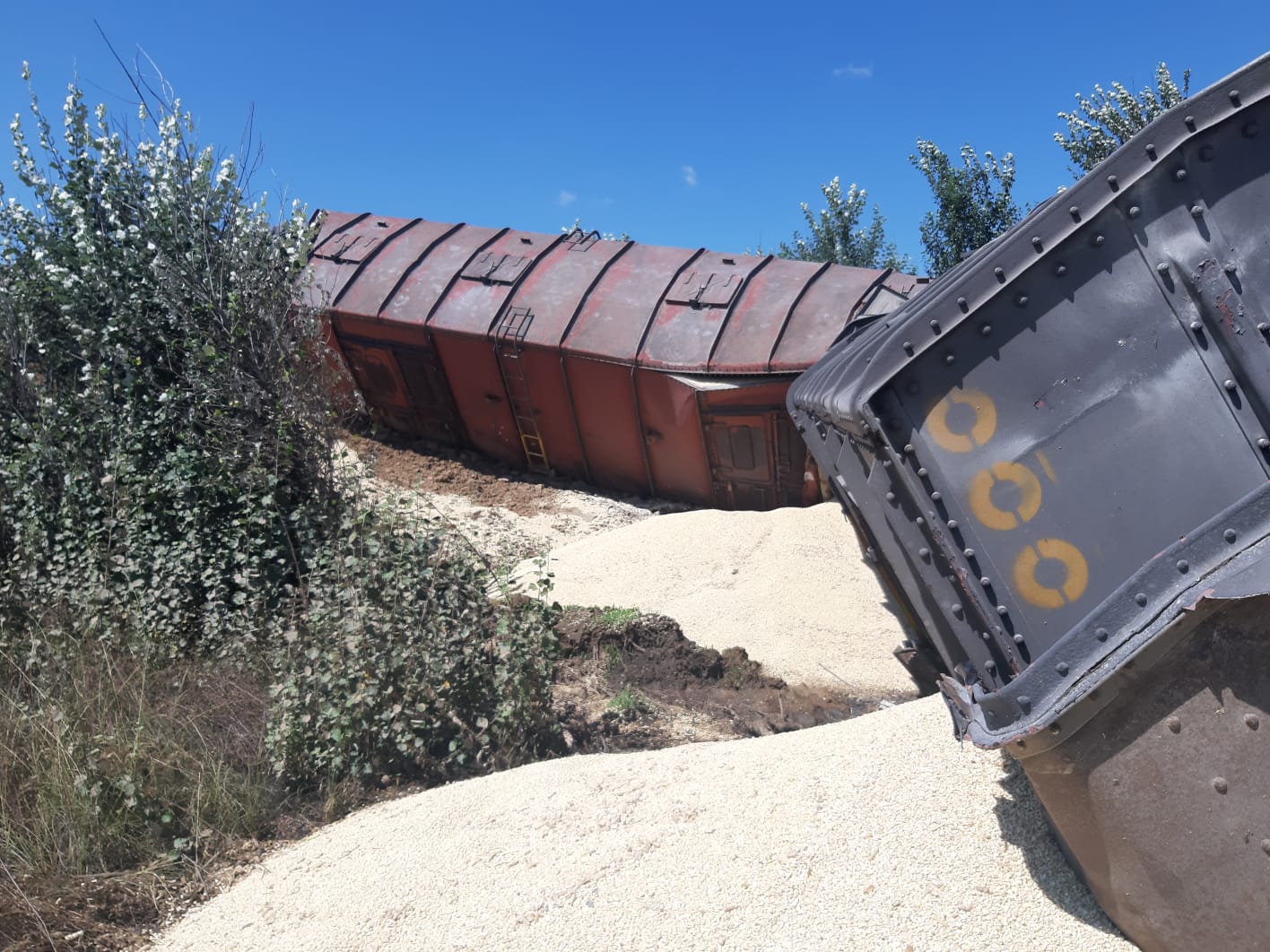