In April 2020 Gideon Knobel, the agronomist working with Sandstone, entered the company into the Pioneer Weigh and Win Competition which is an annual event whereby farmers compete against each other to see who is able to achieve the highest yields for Pioneer maize and soya in various parts of the country.

With a yield of 12,914 tons per hectare with the Pioneer white maize cultivar P2842WB, Sandstone achieved the highest yield for a white maize Pioneer cultivar in the Eastern Free State winning the regional competition for maize in the Dryland category.

These results were achieved through meticulous land preparation, soil analysis and the application of fertilizers with the correct micro elements needed to balance the soil to give the plants the best condition to grow in. The results were not just in yields but delivered a top grade product. The results were also achieved by exceptional team work.  The machinery used for planting was the John Deere 8310R tractor and the Equalizer planter.

In 2019 Grain SA became involved with the competition to take it to a national level and to include all other seed producers supplying farmers in South Africa. Sandstone was automatically entered in the national competition as a winner in the EFS and was advised that it had reached the finalists list. At a function in Muldersdrift, in the North West Province on the 15th of October, all finalists attended a function to announce the winner of the National competition. 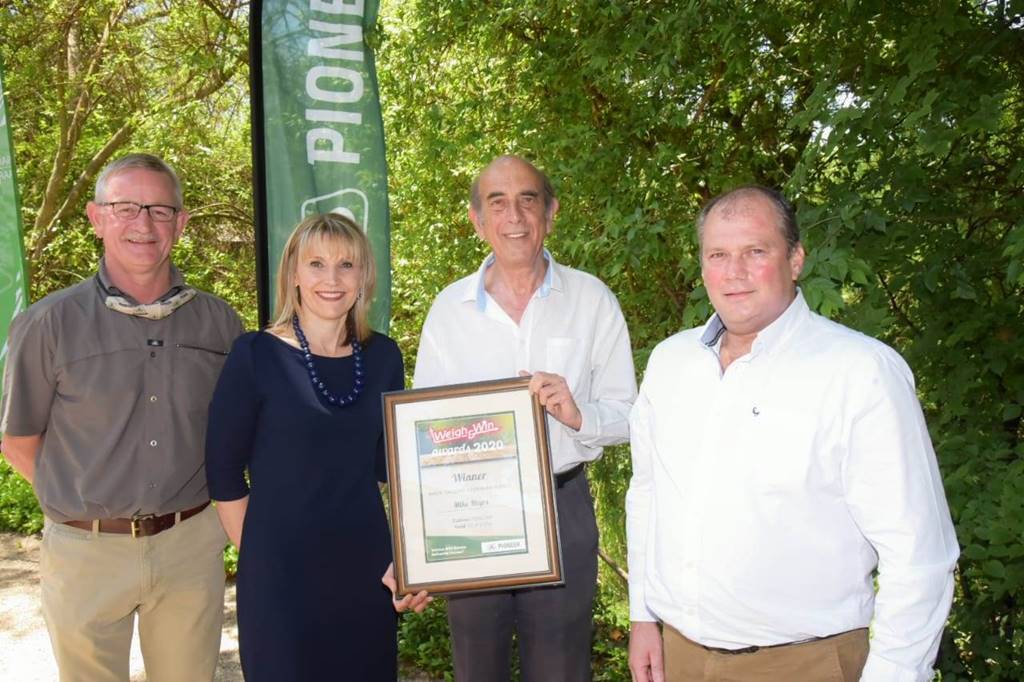 Below left, Gideon Knobel, agronomist to Sandstone, Mike Myers of Sandstone with the Pioneer Weigh and Win award and the Grain SA award 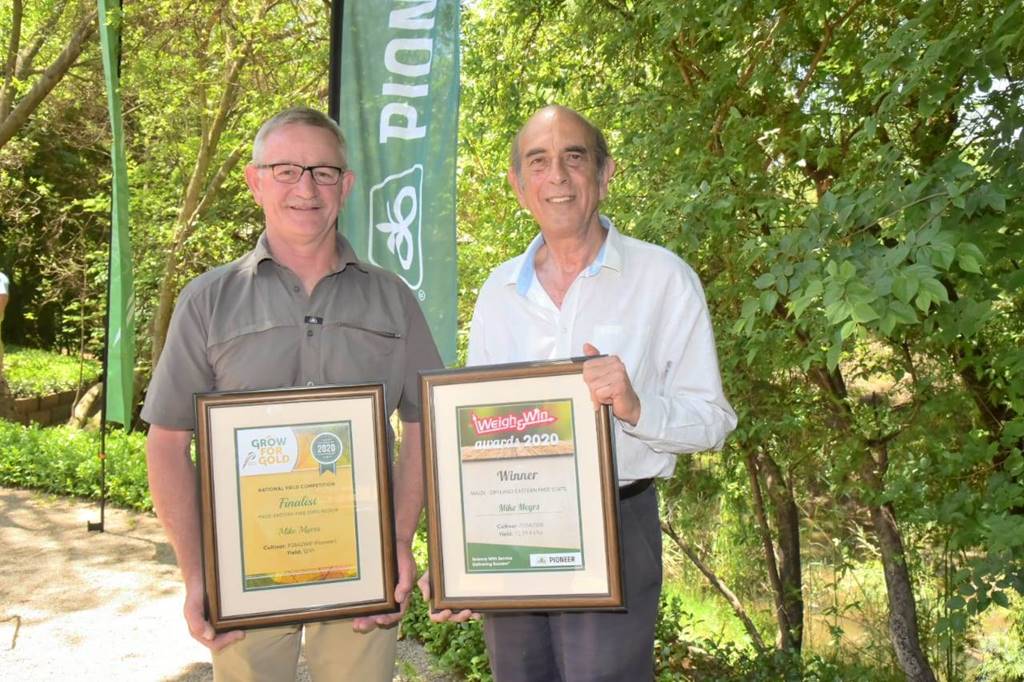