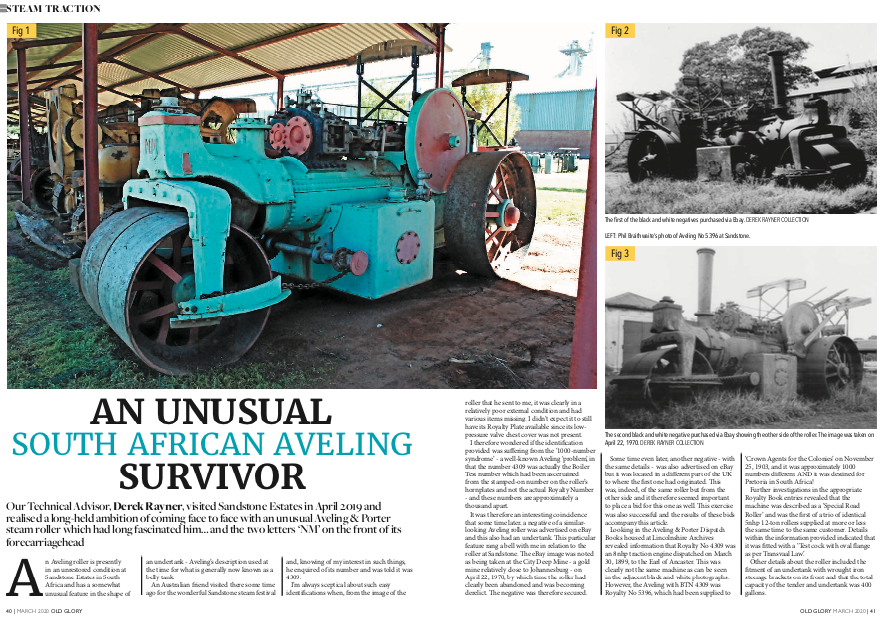 One non railway heritage item saved from the demise of the South African National Railway and Steam Museum (SANRASM) was an Aveling & Porter steam roller which became the subject of much research by Derek Rayner from Old Glory magazine in the UK. This steam roller was one of a number of road steam examples rescued from SANRASM but with no documentation, its history was a mystery.

Derek made initial contact with Sandstone in 2017 and then visited in 2019 for the Stars of Sandstone event. After concluding extensive research into the roller, Derek has now traced its origins and history which was featured in an article in the March 2020 edition of Old Glory. Sandstone would like to thank Derek Rayner for his hard work and for shedding light on the history of the Aveling & Porter.