Our recent video showed GMAM 4114 on the road to Sandstone where it is now safely plinthed near to the main security gate. We have now also moved 24 Class 3688 and 19D 2654 from the Bloemfontein Depot. As we mentioned in our first posting on the GMAM, these two units together with 11 class 929, Crane 187 and two XC tankers, were staged next to the old 15M workshop which Sandstone leased for many years and where Lukas Nel and his team restored so many locomotives. This workshop was always rail connected and had a good road access but things have changed! Since Sandstone closed the workshop in 2019, the rail connection has been mysteriously lifted (stolen?) and the access road overgrown. It was the plan to shunt all these locos and rolling stock to the loading area which had been levelled for the GMAM multi axle trailer next to the main gate of the Depot where they could be loaded onto a lowbed.

Gert Jubileus and his team had to act quickly and decided to reinstate the road to the old workshop so that loading could be done directly there. After two days of frantic road works past the old coal stage and to the back of the 15M workshop a road was put through and the 24 and 19D were loaded for transport to Sandstone. Our photo gallery shows the road works in progress and the 24 (in red ochre paint) and 19D being loaded. Interestingly the diggings next to the old (long demolished) coal stage produced a few tons of coal from the earth which was much appreciated by the locals!

Our next report will cover the move of the 11 class and steam crane 187 and the XC tankers. 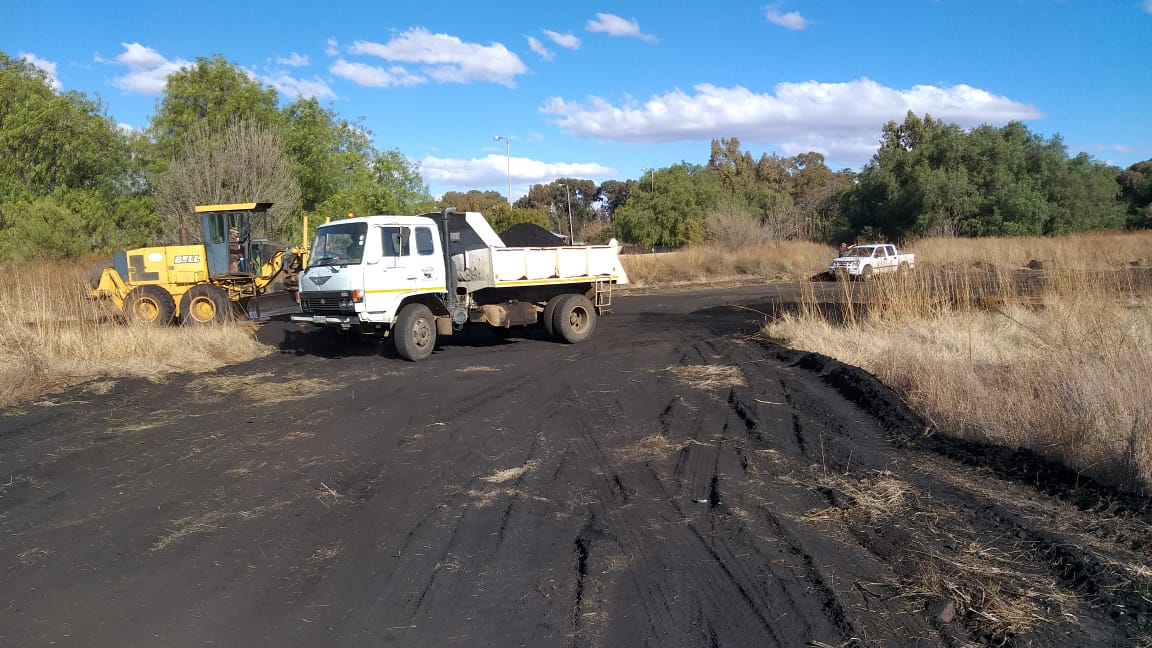 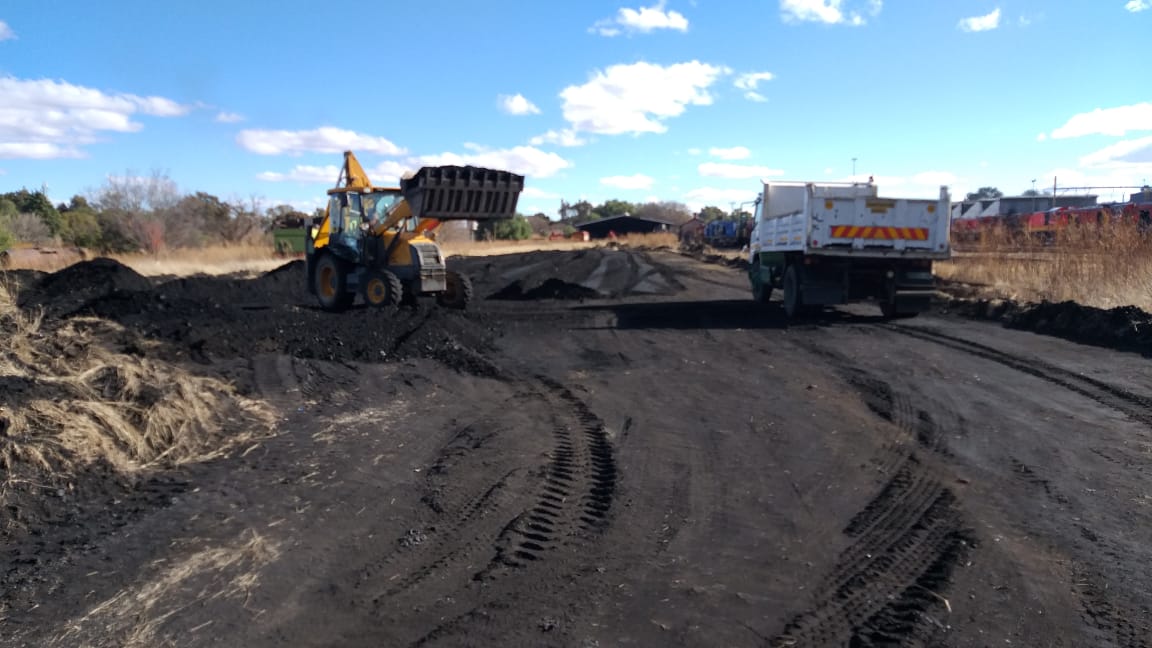 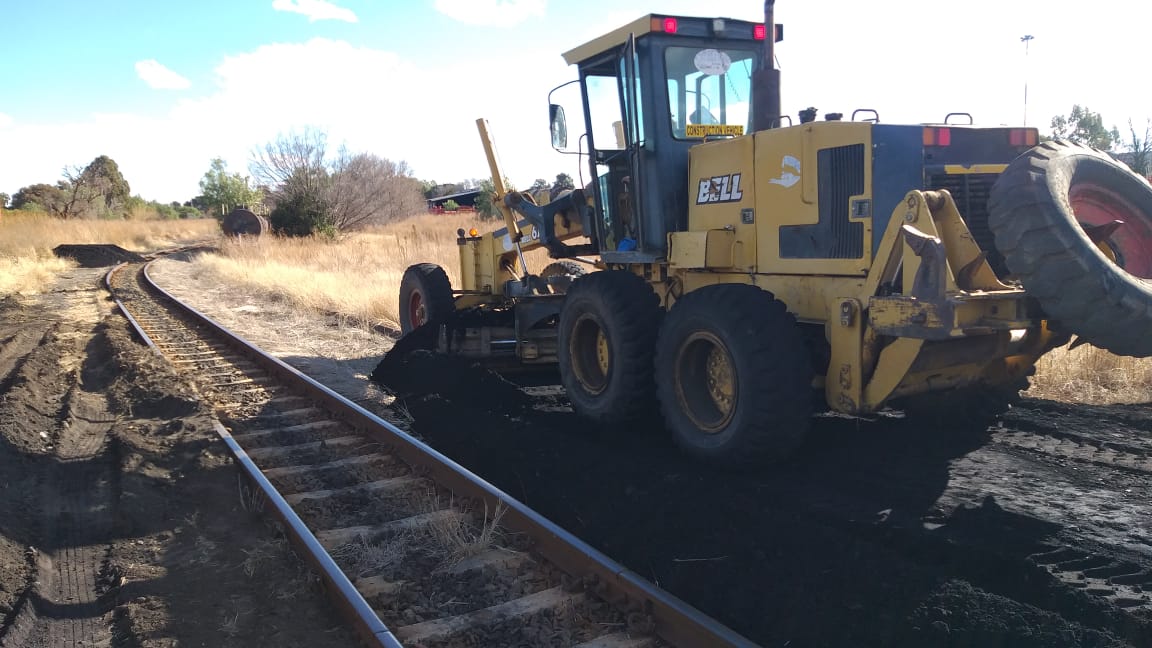 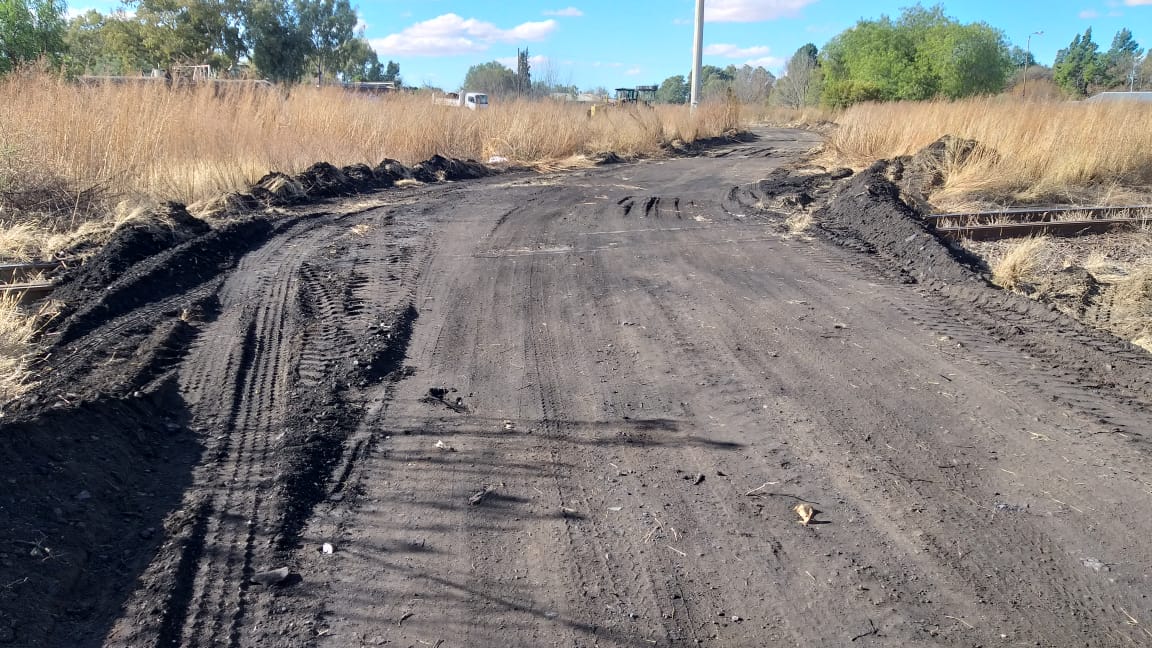 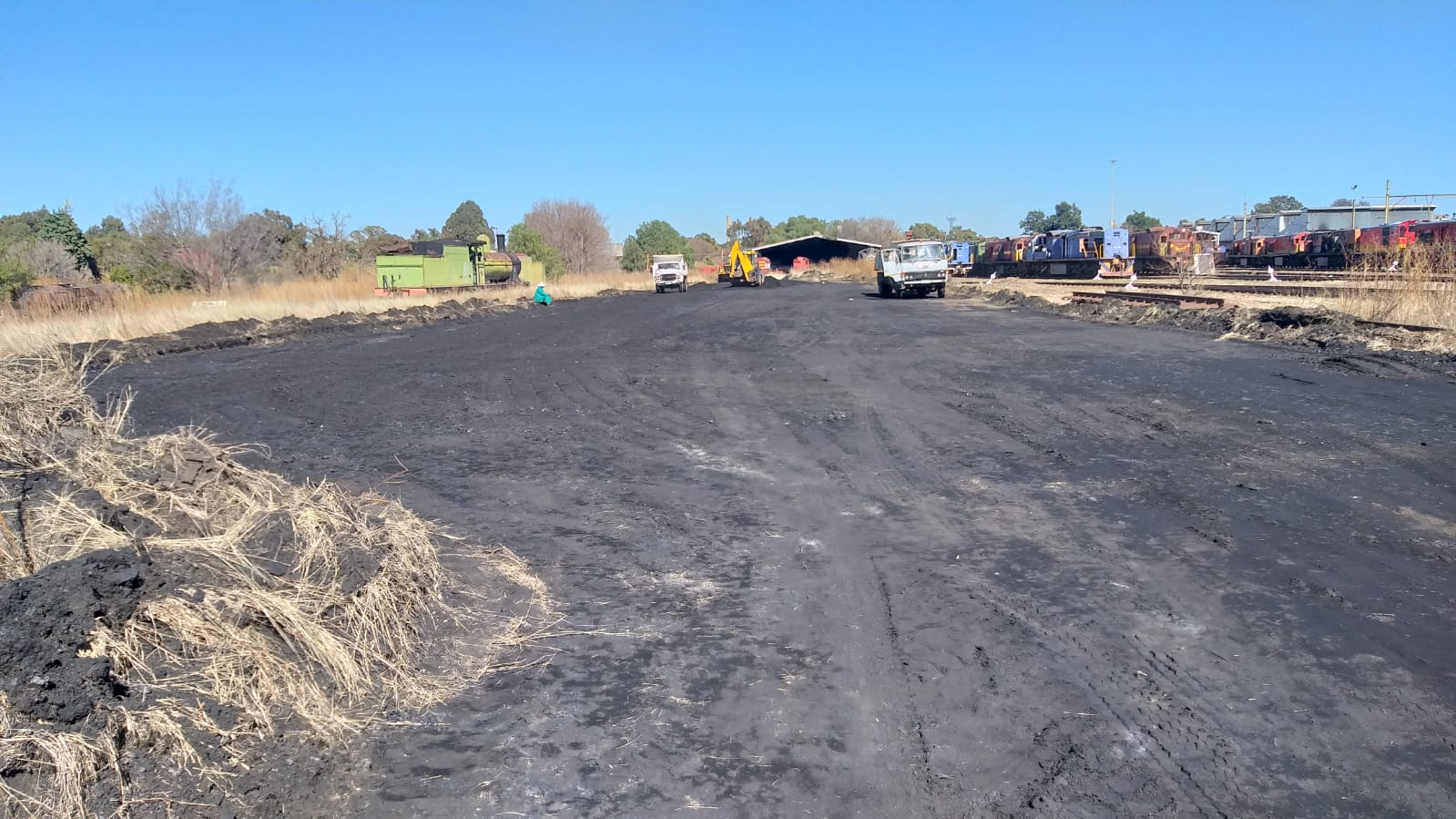 Our pictures show the road under construction with the large amount of coal in the ground. The 15M shop housing the 19d and 24 class can be seen in the background of some of the shots. 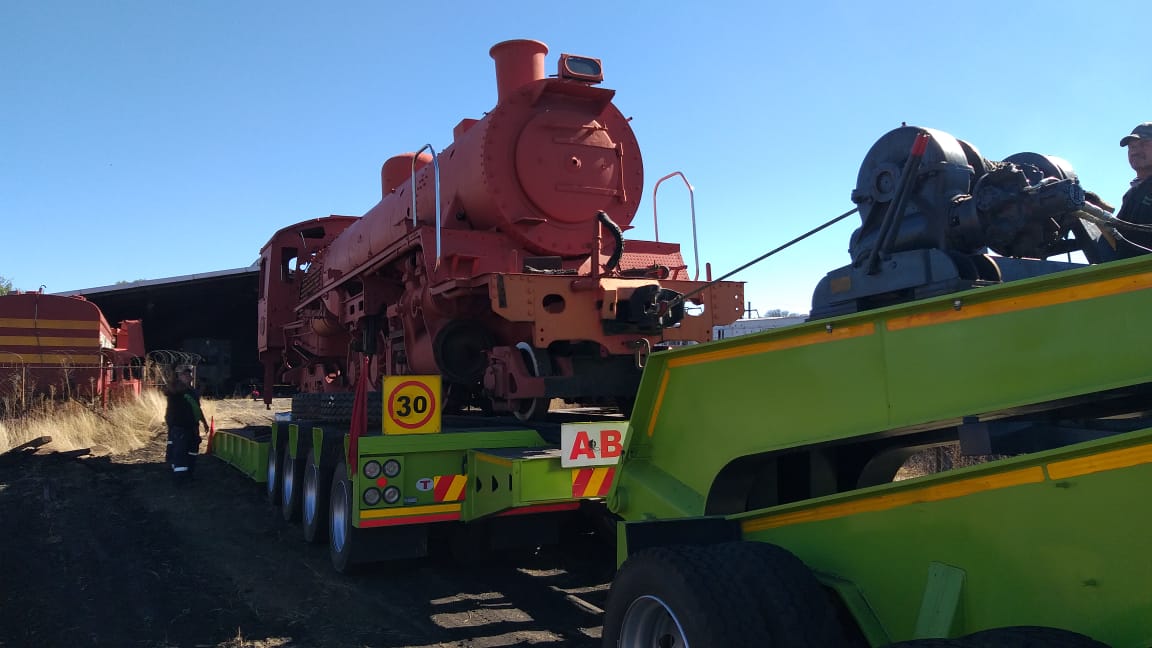 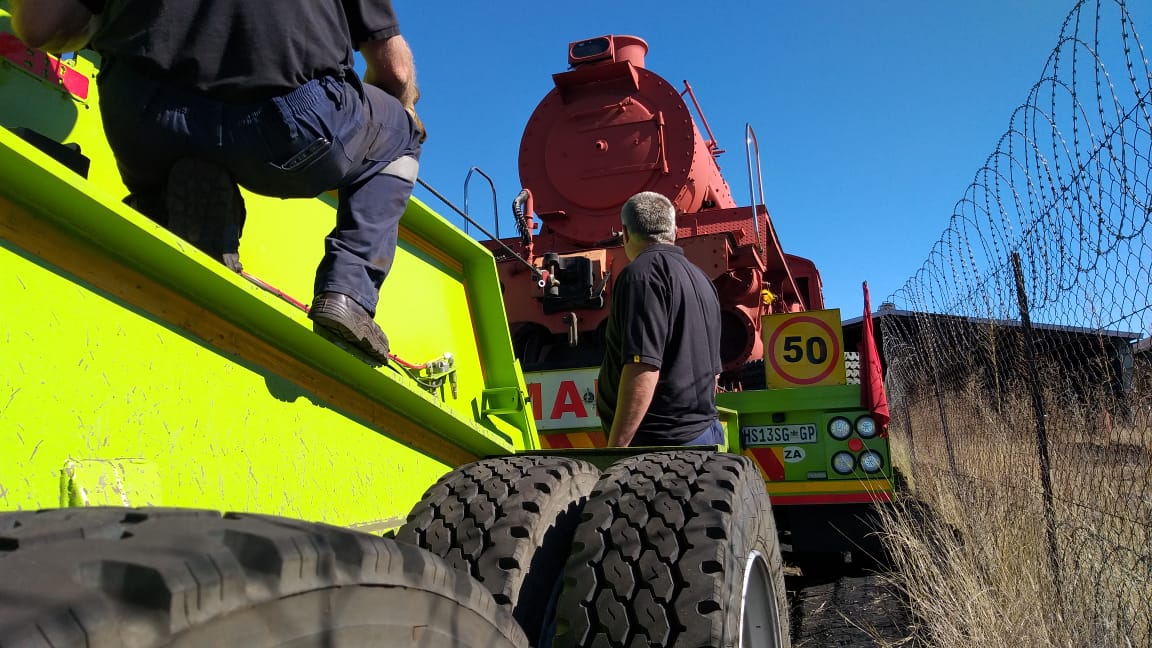 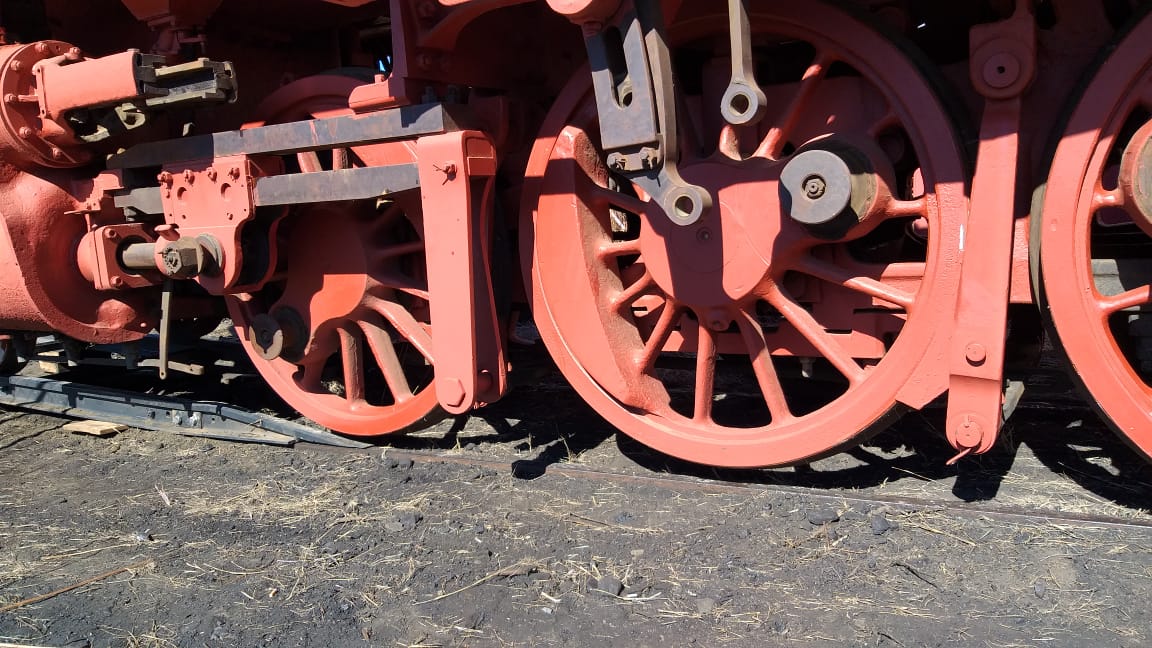 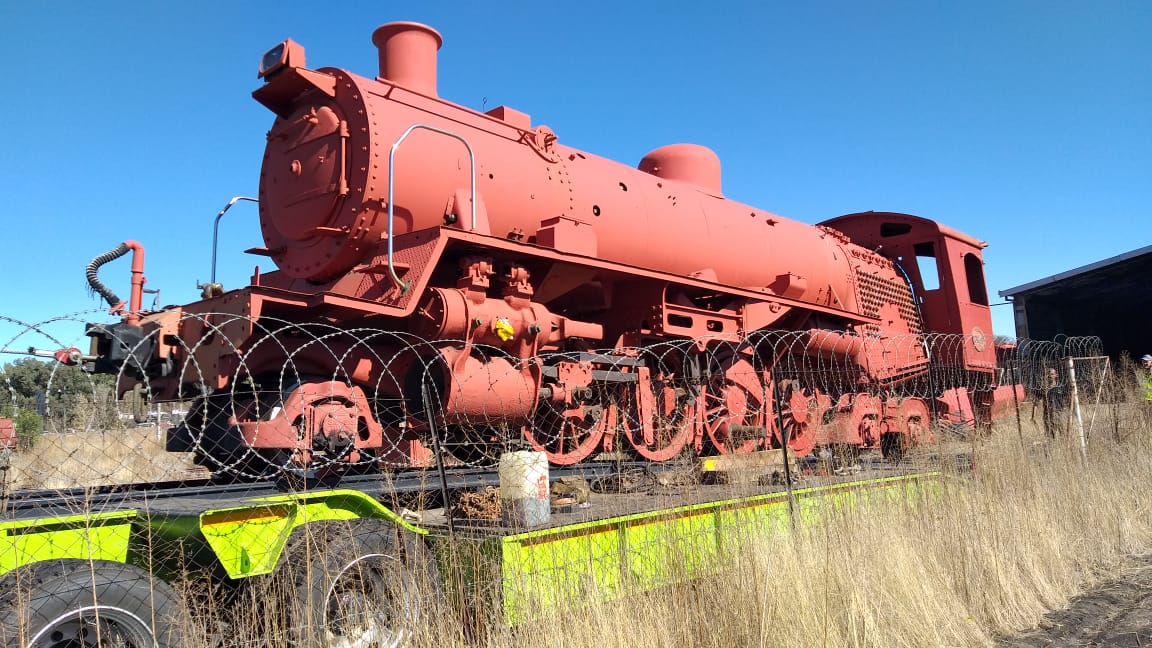 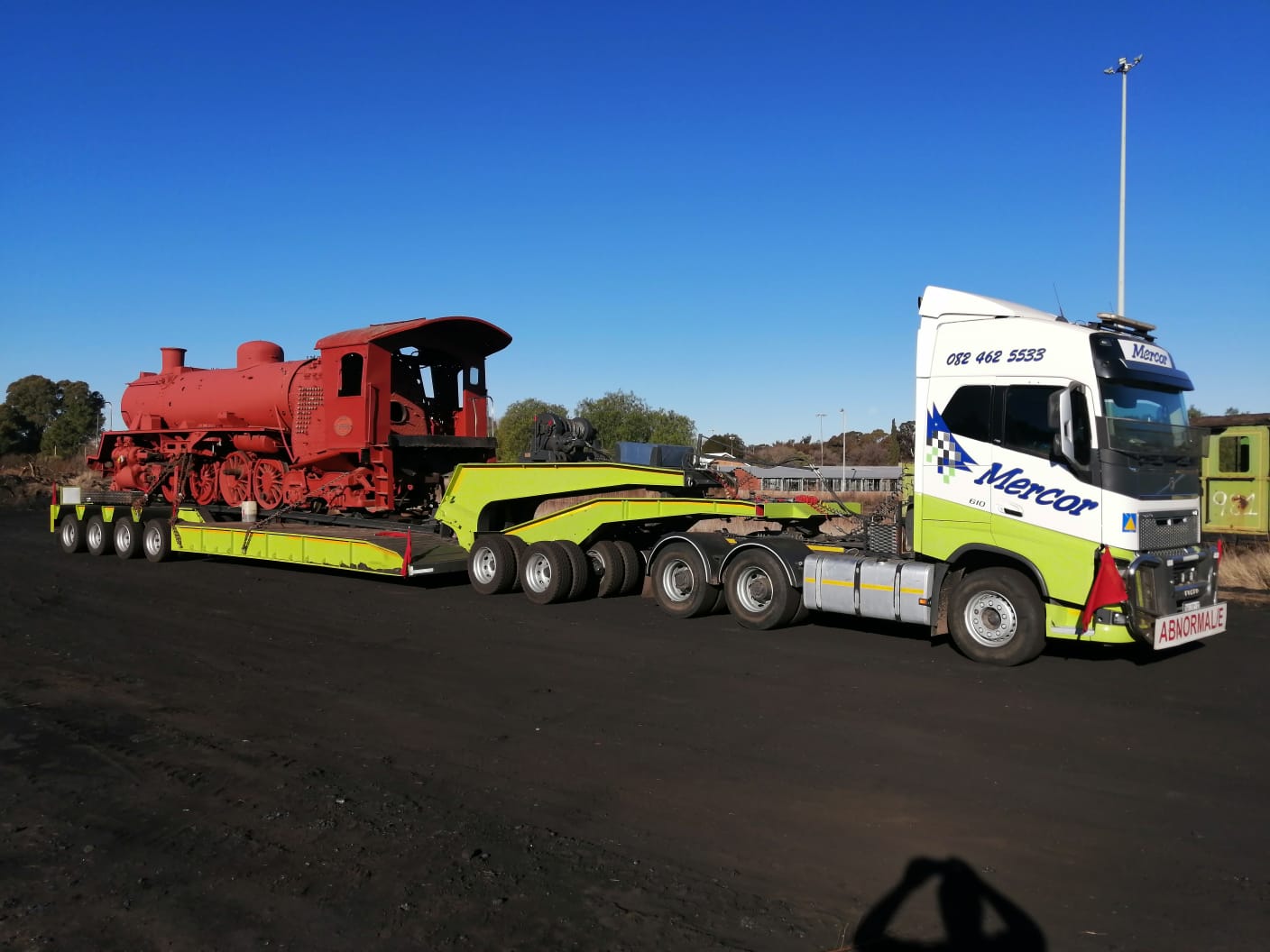 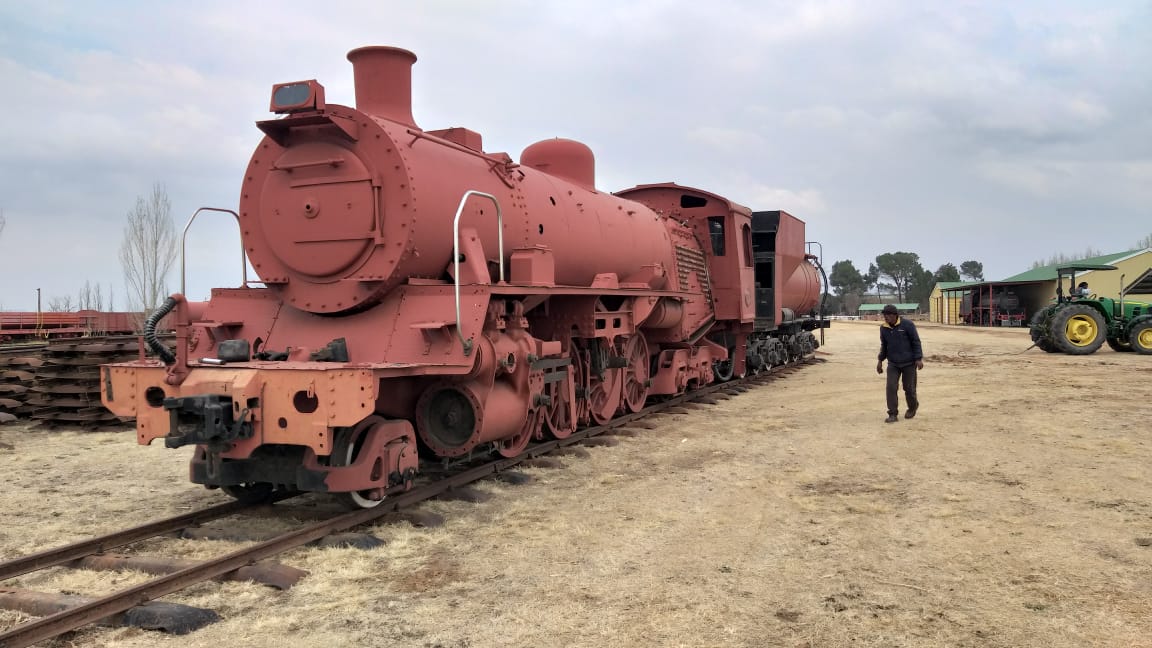 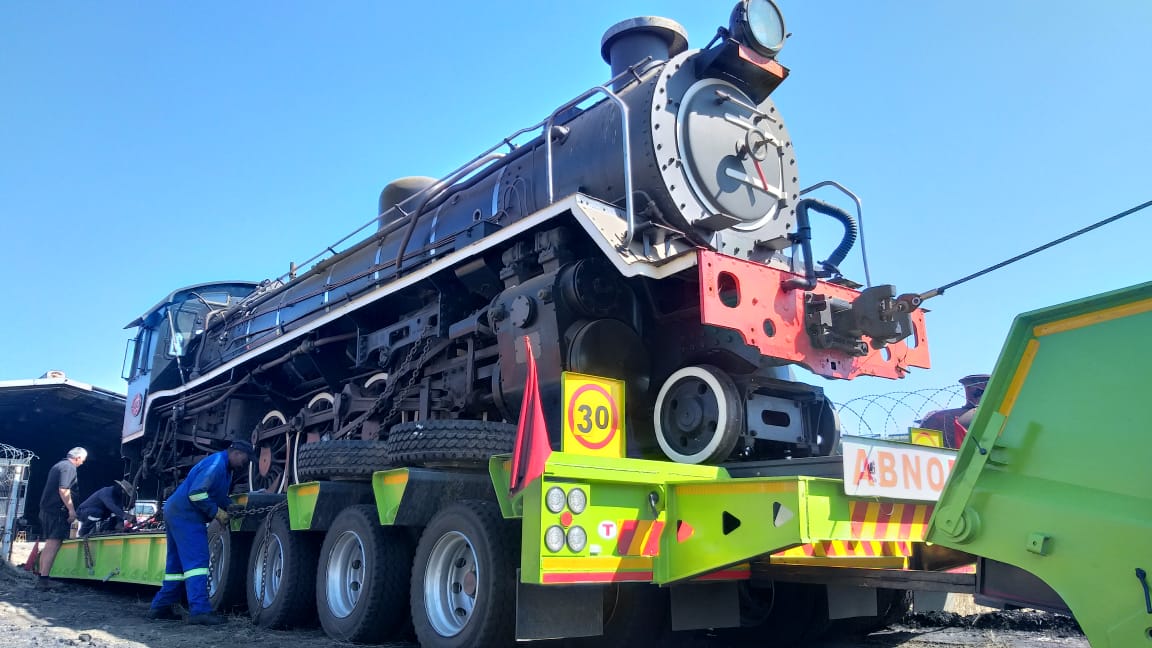 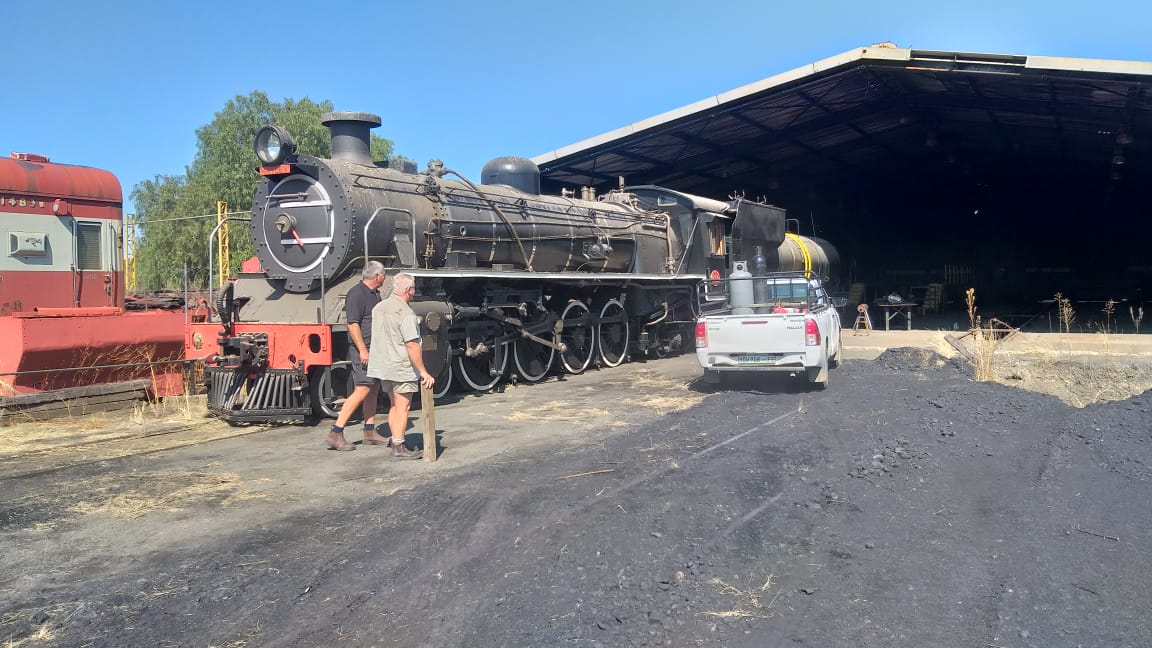 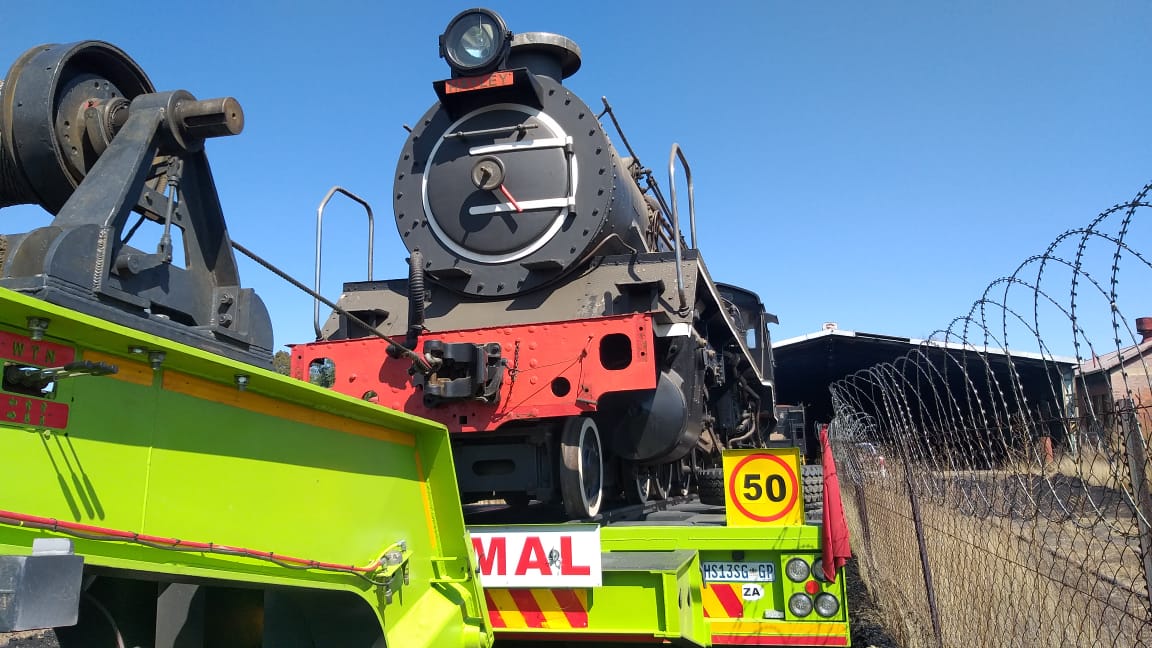 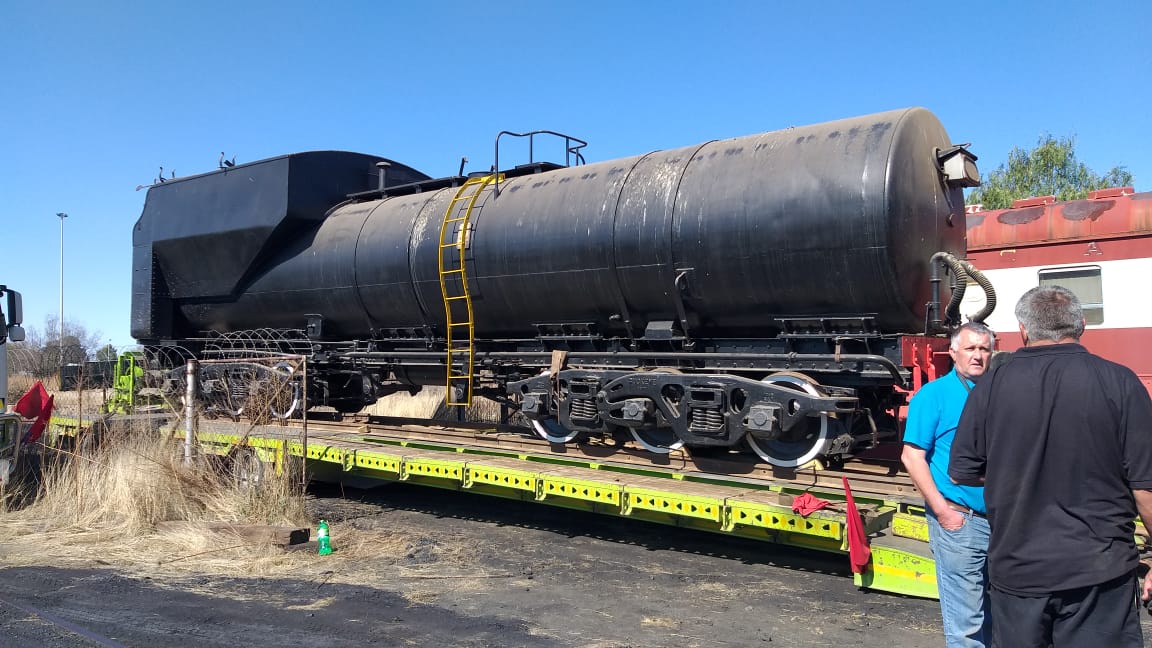 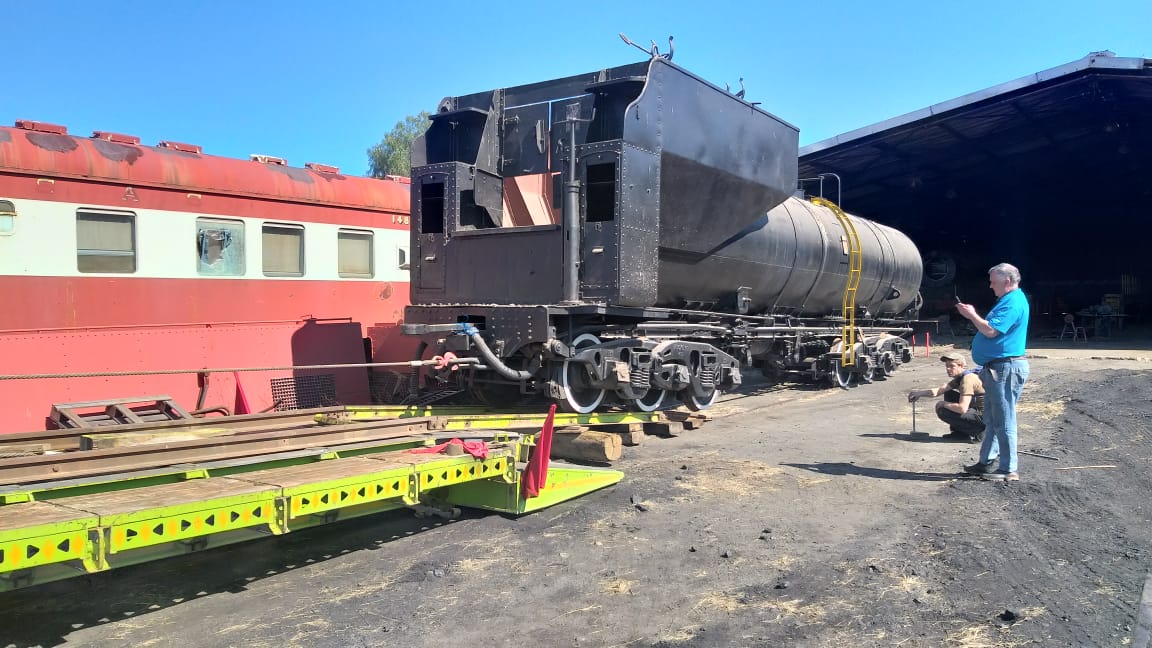 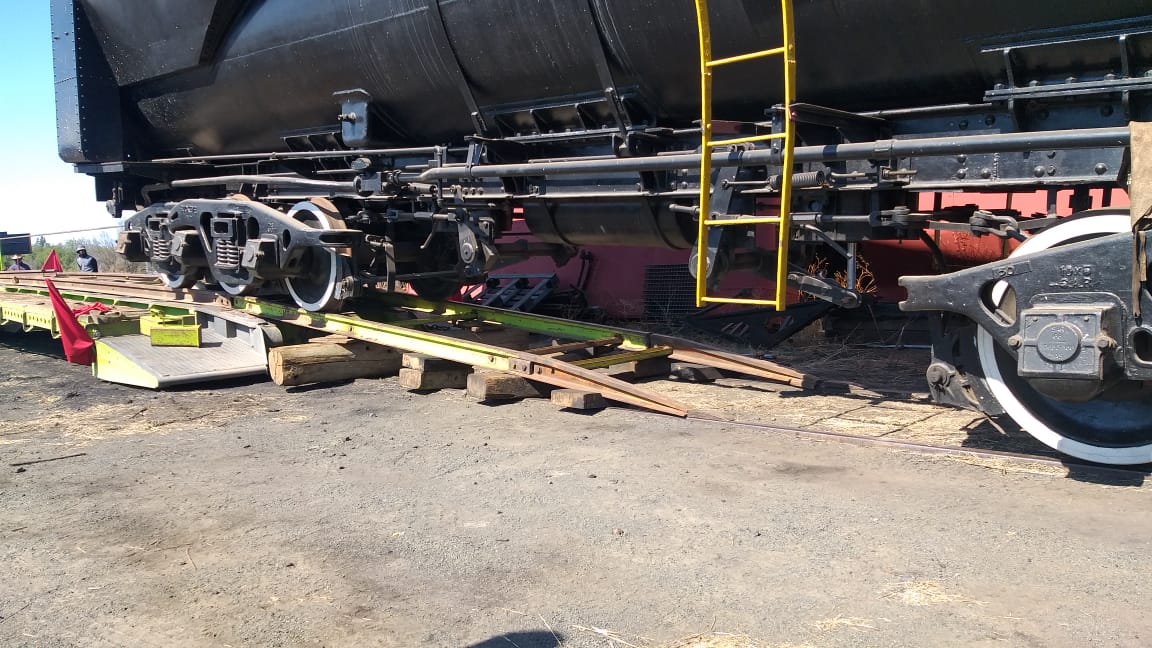 The galleries show the locos and tenders being loaded.