During July we were privileged to host a visit from Andreas Giller, the Locomotive Archivist from this German museum who has assisted us with a number of photographs and drawings of NGG13 number 49 recently. Andreas was visiting Southern Africa as part of a tour which took him to Zimbabwe on a rail tour and then, joined by his wife Carola, a visit to Namibia. He was keen to visit Sandstone as we have the only restored Hanomag built NGG13 Garratt in South Africa, number 49 from 1928, so prior to his return to Germany he requested a visit to Sandstone to which we gladly obliged.

Hanomag ceased to build steam locomotives in the early 1930’s when that portion of their business was taken over by Henschel.

Hanomag is credited with co designing the NGG13 with the SAR which developed into the NGG16 and was to become the standard narrow-gauge Garratt design for the next 40 years. As they had ceased steam locomotive construction they were to build no more of the type.

Andreas’ visit coincided, unfortunately, with the retubing of number 49 so only the two engine units were at Sandstone. Nevertheless the Sandstone collection never fails to impress and Andreas and Carola marvelled at our other locomotives whilst Andreas was excited to see two Hanomag tractors, one of which was similar to one he learned to drive on many years ago. As a memento of his visit Sandstone presented Andreas with a copy of the book, “Sandstone, the first 10 years”

After a light lunch, keeping to the German theme, O&K no 12691 was steamed for a short run to Grootdraai using one of the newly rebuilt “Little Bess” coaches, “Springbok”. Andreas is an ardent photographer and was able to obtain some great pictures both of the collection and the O&K on its trip in the winter sun. Gert Jubileus, our loco foreman, was on hand and was able to give Andreas a great deal of information on the loco collection.

A locomotive which Andreas had never seen is the GMAM Garratt, a number of which were built by Henschel in 1953 and 1958. On his return to Johannesburg, prior to flying back to Germany, Sandstone took him to visit Reefsteamers in Germiston where Sandstone’s GMAM, number 4079, is based. Another locomotive based at Reefsteamers is the Henschel built Class 25 condenser number 3451, the first of its class, so this was a bonus for his visit. The main attraction though was the boiler unit of the Hanomag built number 49 which is at Reefsteamers for a retube. Many photographs were taken.

The Hanomag/Henschel Museum has a most extensive archive which Andreas oversees and both manufacturers never disposed of any drawings or pictures of the locomotives they have built, for example they have over 500,000 original drawings which Andreas is cataloguing! This attention to detail has rubbed off on Andreas and judging by the number of photographs he took at Sandstone and Reefsteamers, he has added considerably to this number!

Sandstone would like to thank Andreas and Carola for taking time to visit us at Sandstone and view our collection, his comment was that he was overwhelmed by what he saw and our hospitality, from Sandstone’s perspective it was a pleasure to meet him and his wife and to forge a connection with this great museum in Germany. 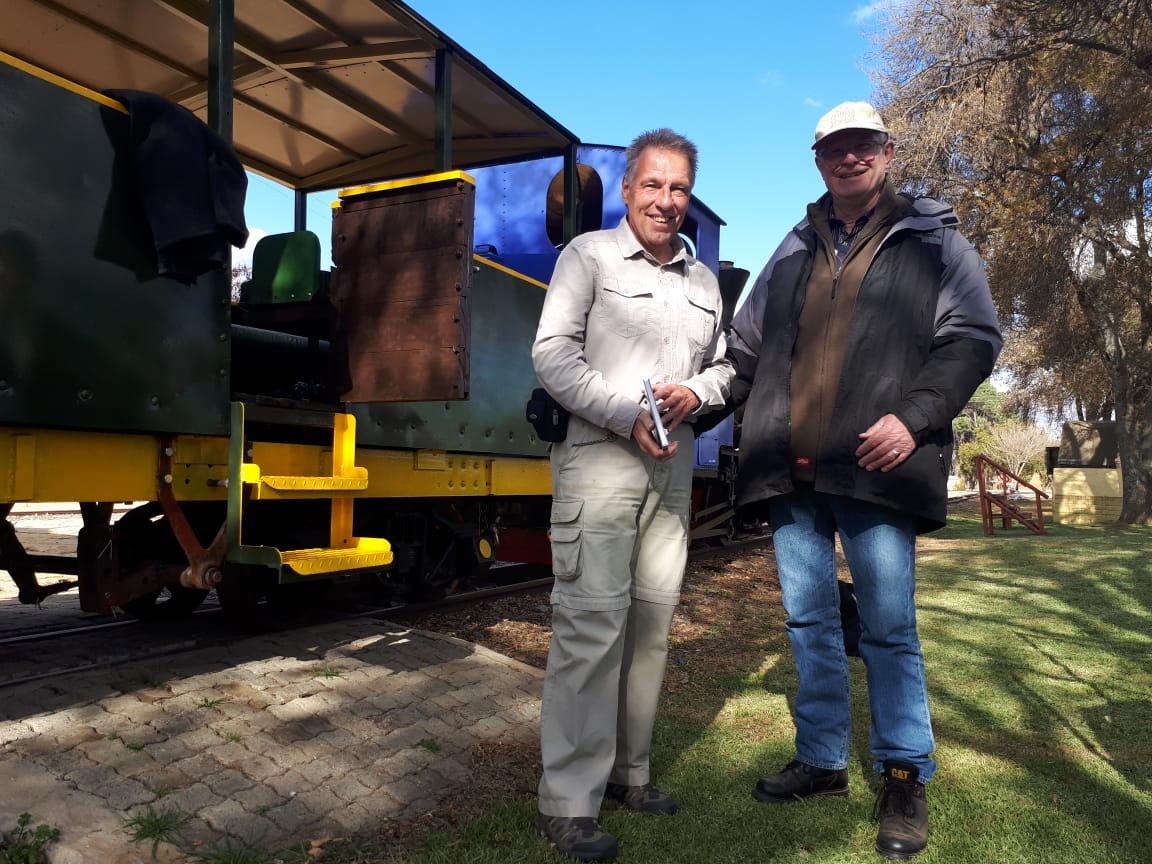 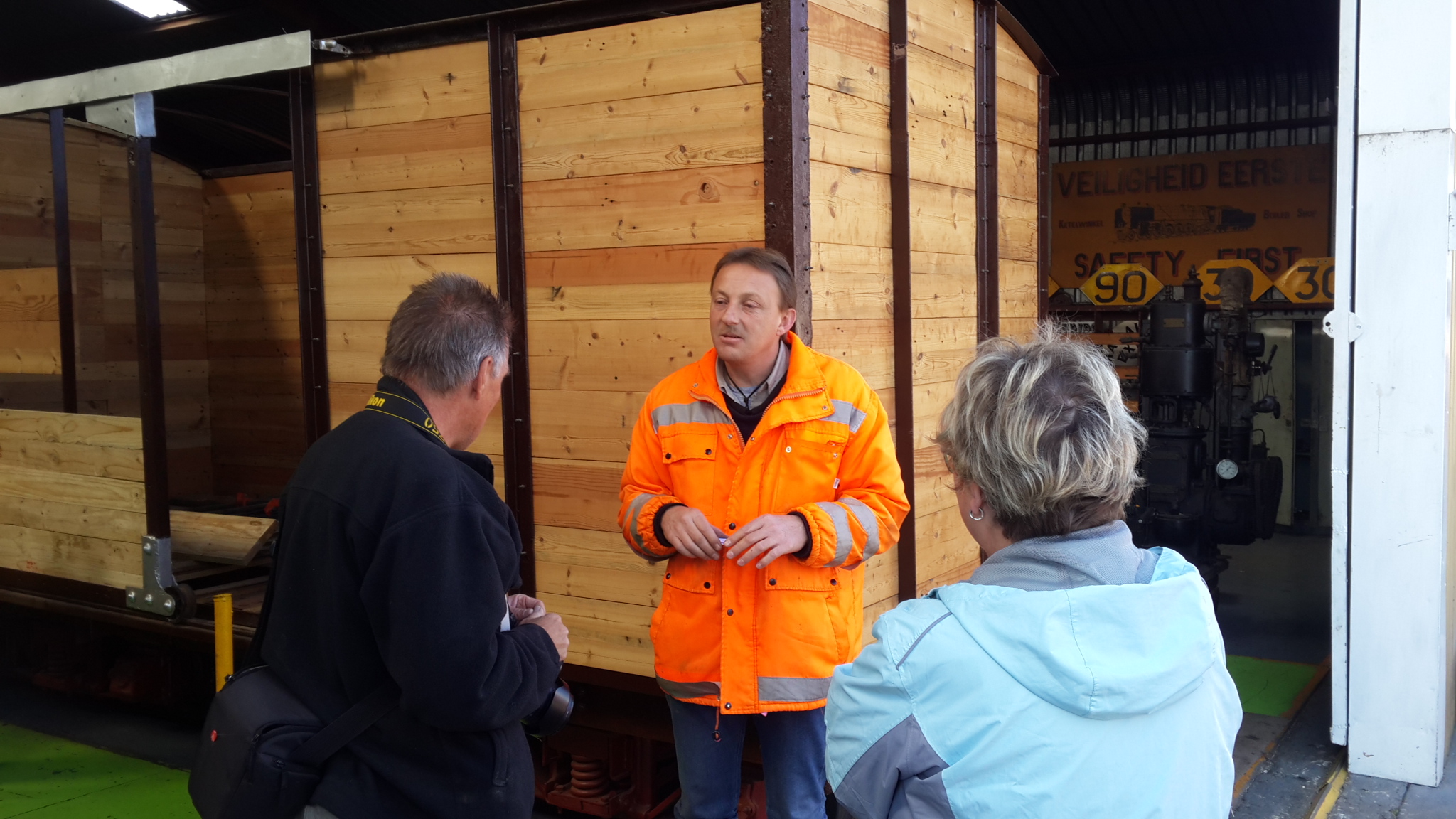 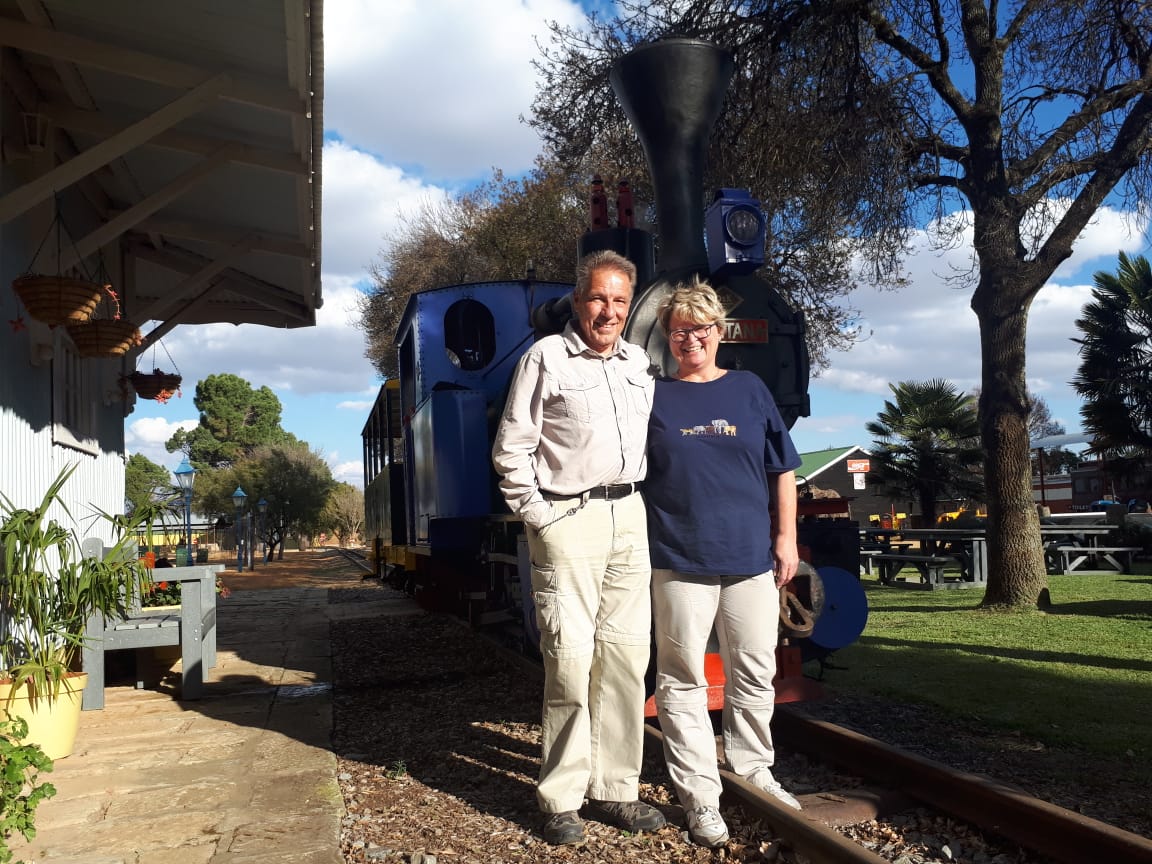 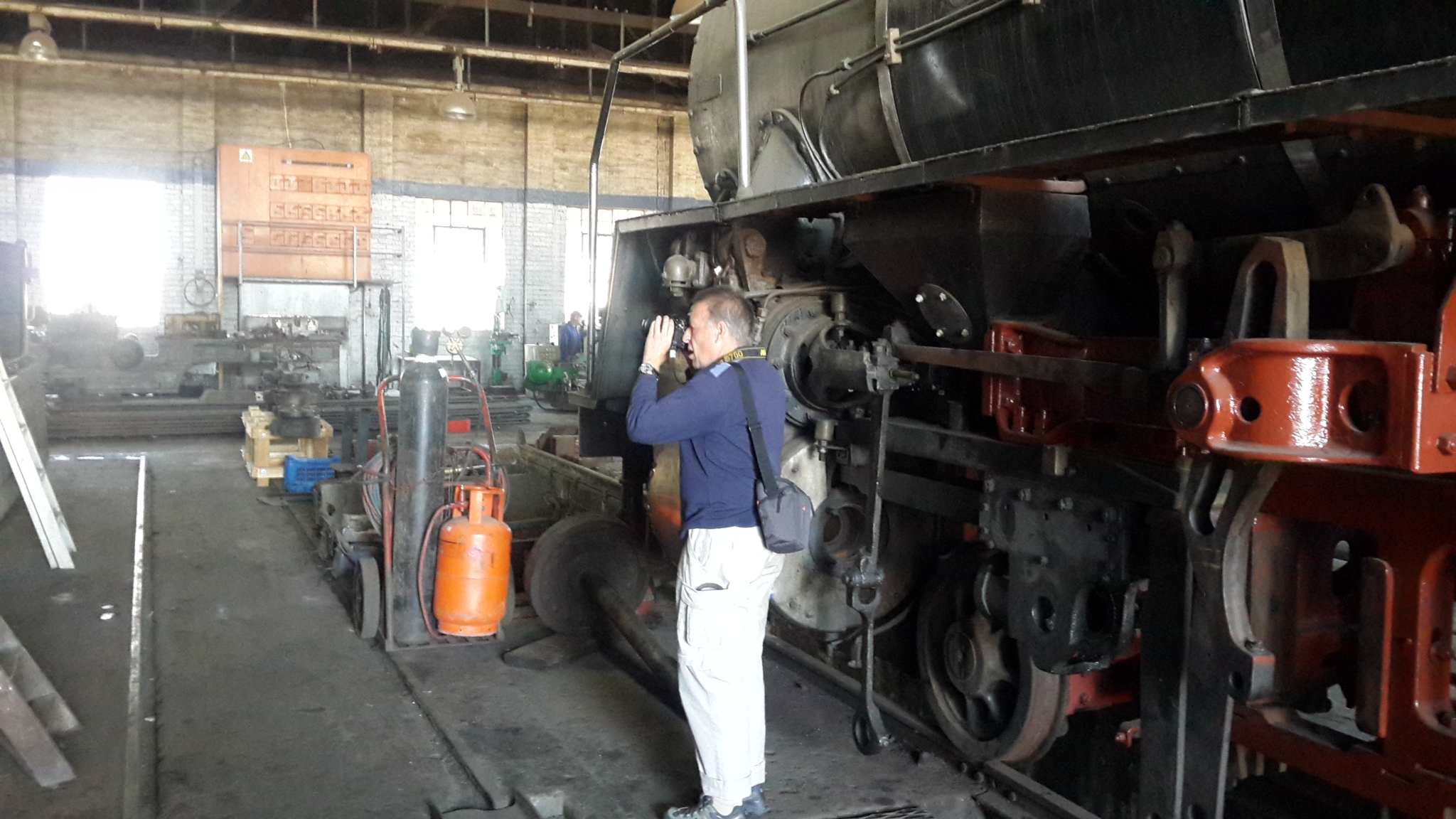 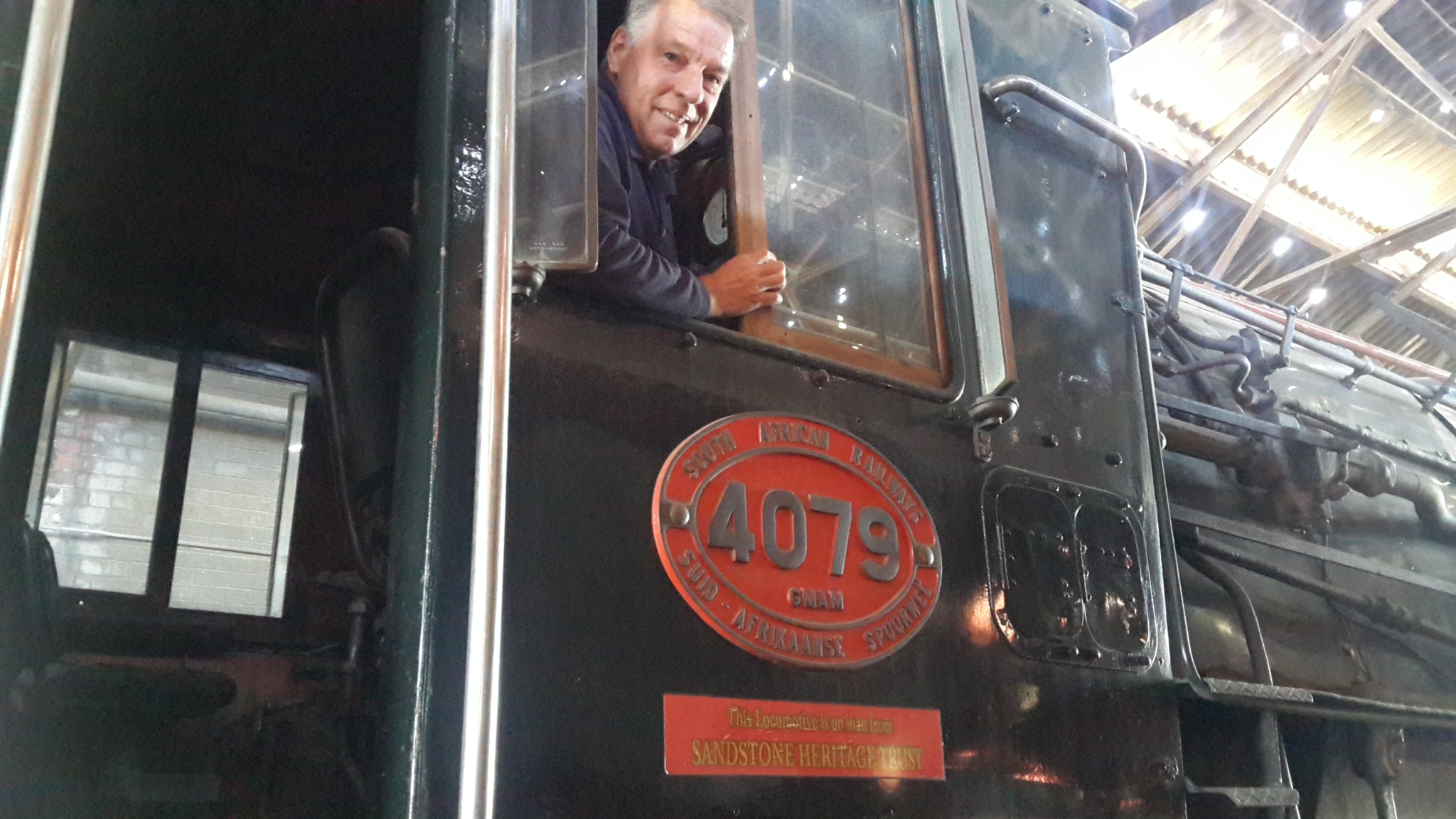 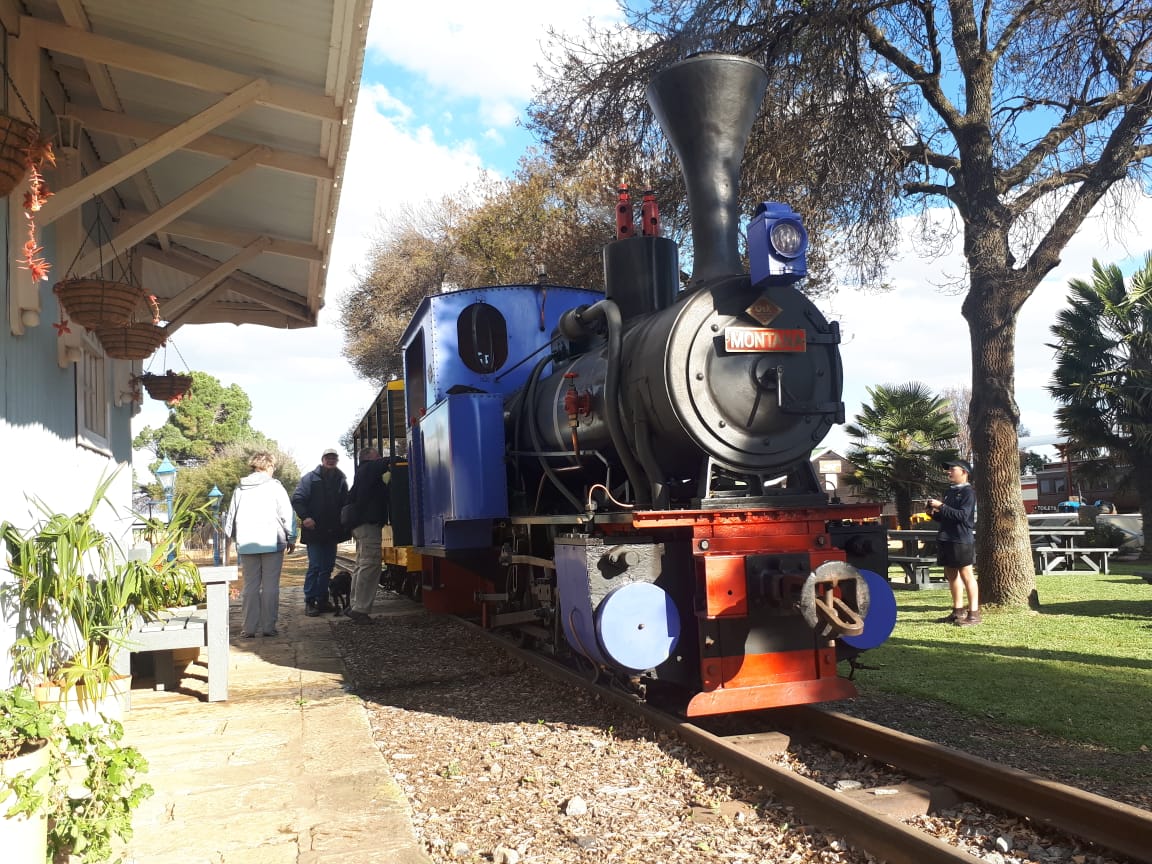