Some time ago we made an offer to purchase the redundant locomotive turntable at Assegaaibos on the Port Elizabeth to Avontuur 2ft gauge line which was accepted by Transnet. Over the last few days we have dismantled the turntable and loaded it on our low bed for transport to Sandstone where it will be re-erected close to our loco depot. The turntable was erected at Assegaaibos in the late 60’s when the whole depot was upgraded but since the demise of steam in the early 70’s has seen little use although it was used to turn 91 Class diesel locomotives occasionally.

Originally a 3’6” gauge unit, it is believed to have come from Greytown.

The turntable will be a useful addition to the railway infrastructure and give the railway added turning capabilities over and above the existing triangle which can become congested at times being part of the main running line.

Our pictures show the turntable in situ and being uplifted and loaded for transport by the Sandstone team. 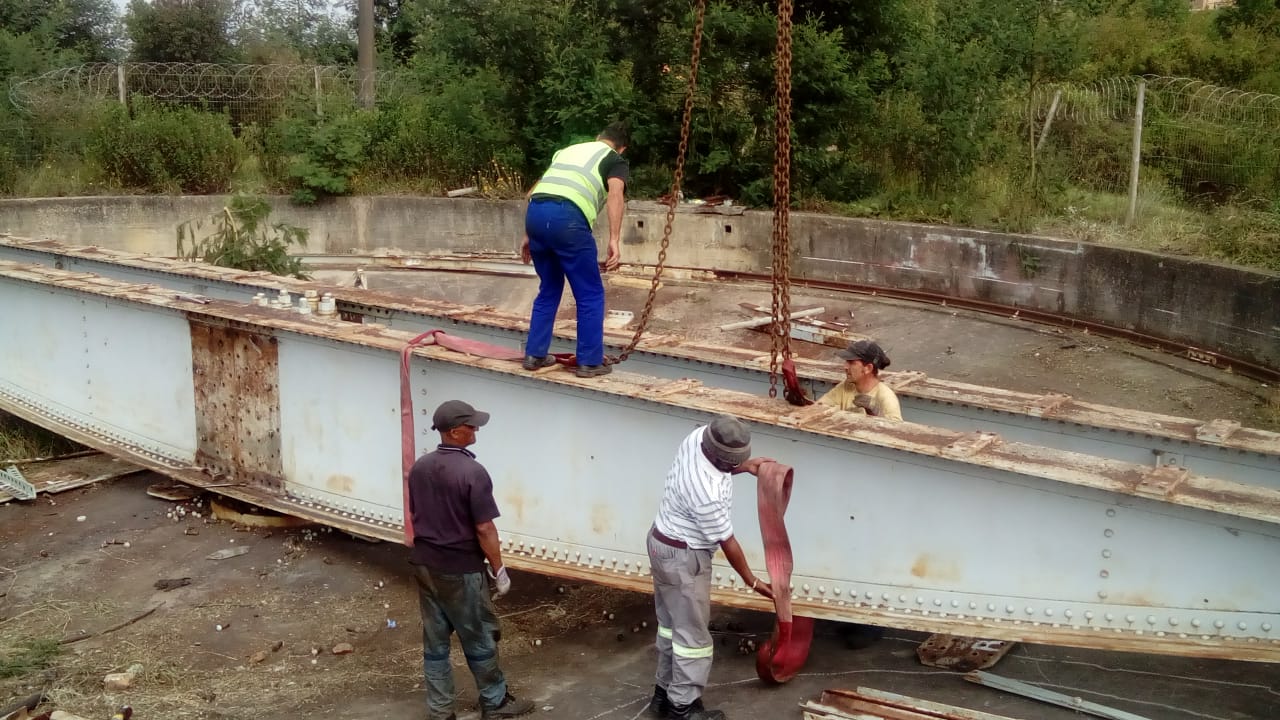 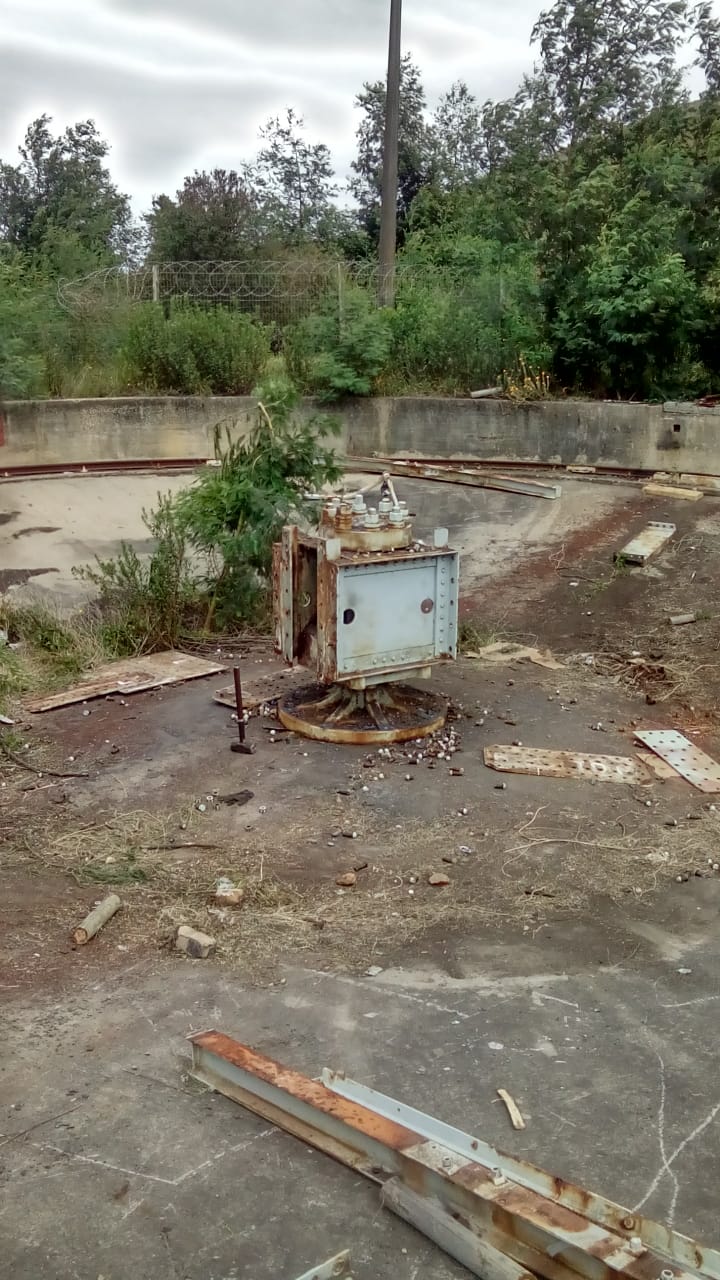 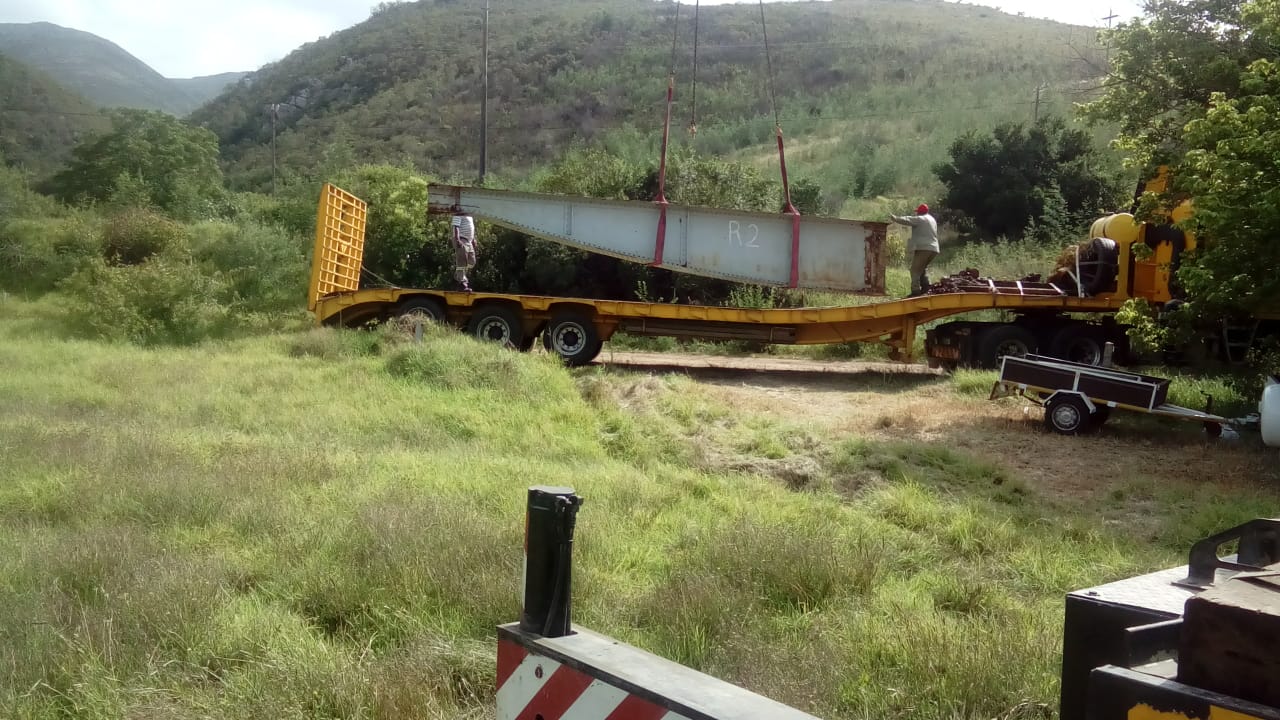 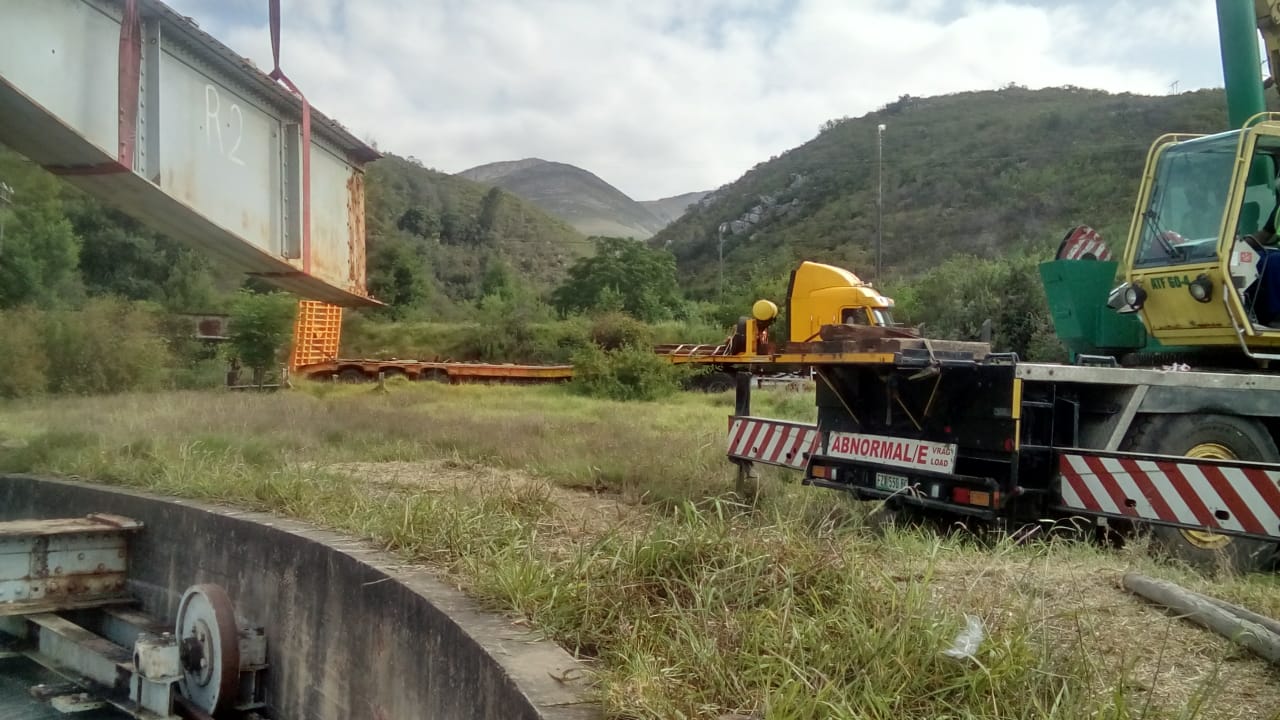 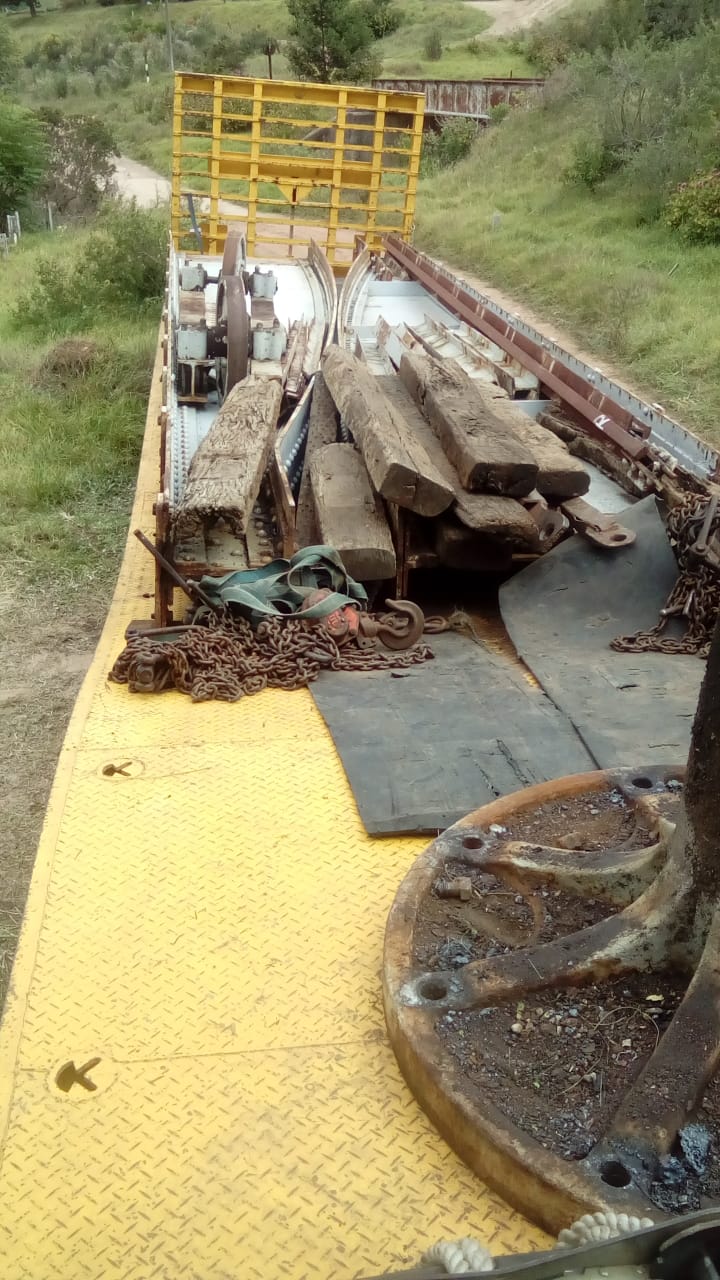 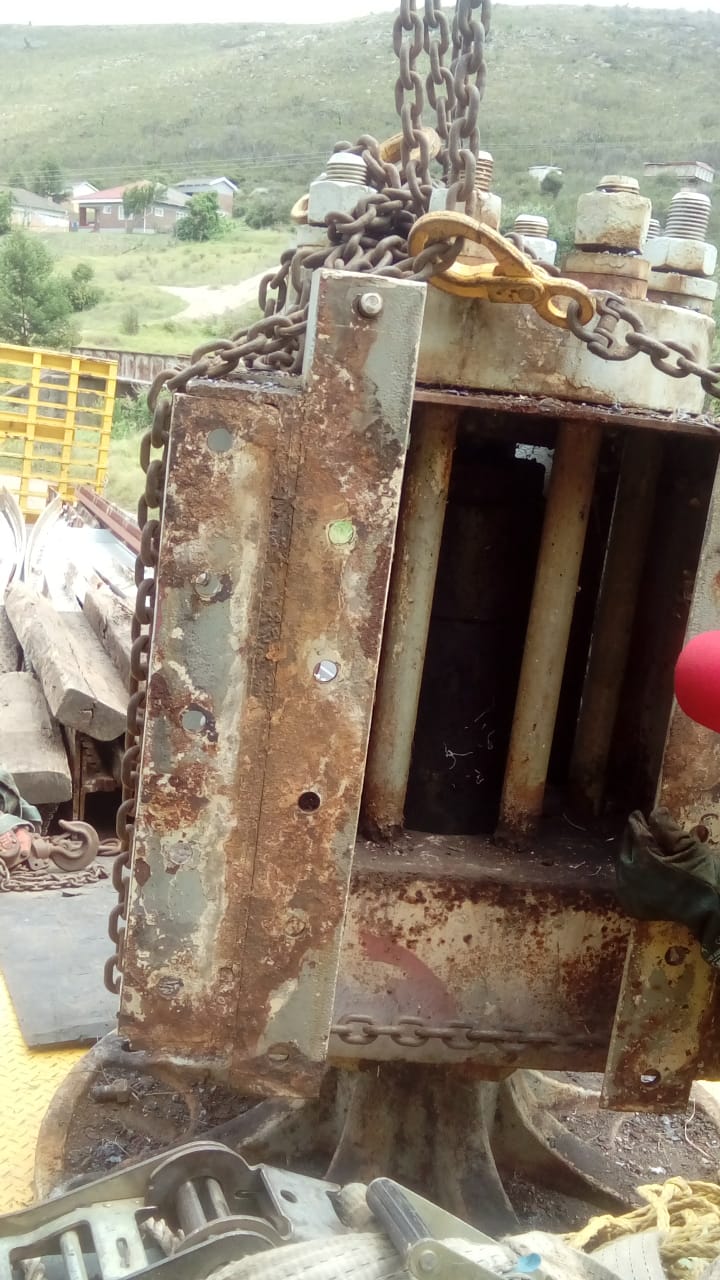 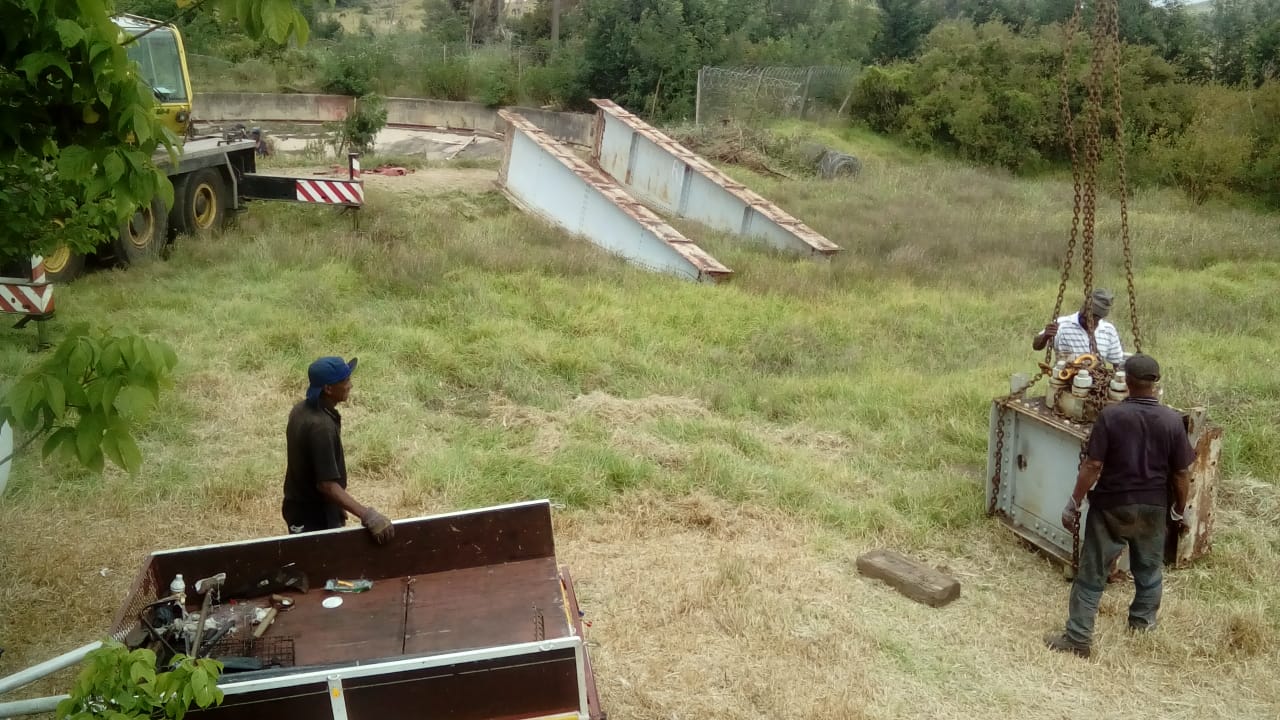 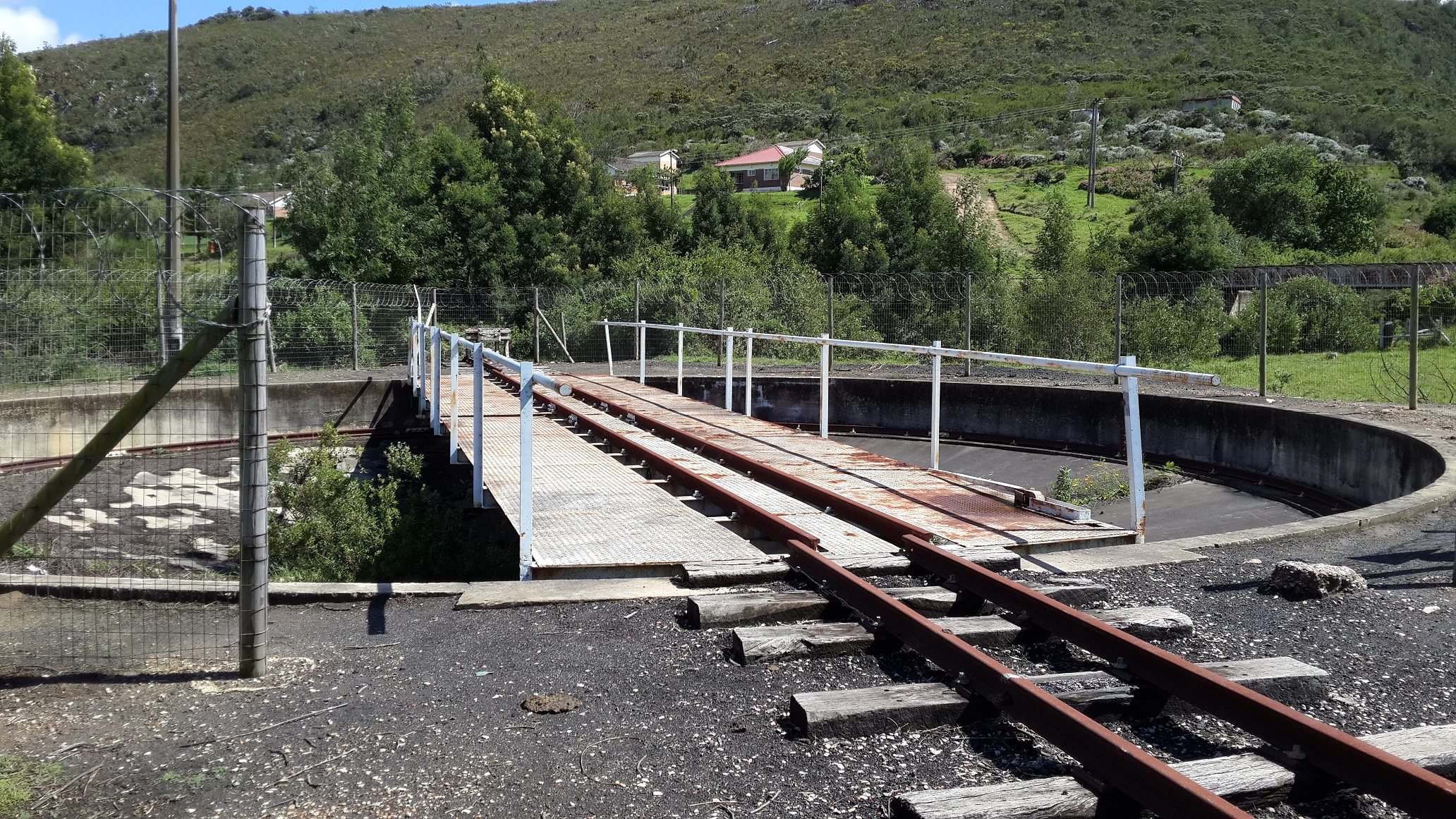