The transport of live cattle by rail has long faded into history on the South African rail system and particularly on the narrow gauge. The South African 2ft narrow gauge system itself met its demise long ago but thanks to the efforts of Sandstone a large number of rolling stock types have been saved for preservation. A comprehensive survey by Sandstone in May 2016 identified every remaining wagon along the line from Port Elizabeth docks to Avontuur. Each wagon was photographed and the images are now in the Sandstone archives. Two G type cattle wagons were identified, namely G 210 at Assegaaibos in the Langkloof and G 246 at Saint Albans on the outskirts of Port Elizabeth. Both are of the type G-3. 210 was built in 1940 and 246 in 1937. Number 210 was still stabled at the old cattle loading dock at Assegaaibos waiting for a cargo that would never come again whilst 246, as the photograph shows, was basically reduced to a frame on wheels in a lonely siding. Both units have now been collected by Sandstone and transported to the Eastern Free State for preservation. 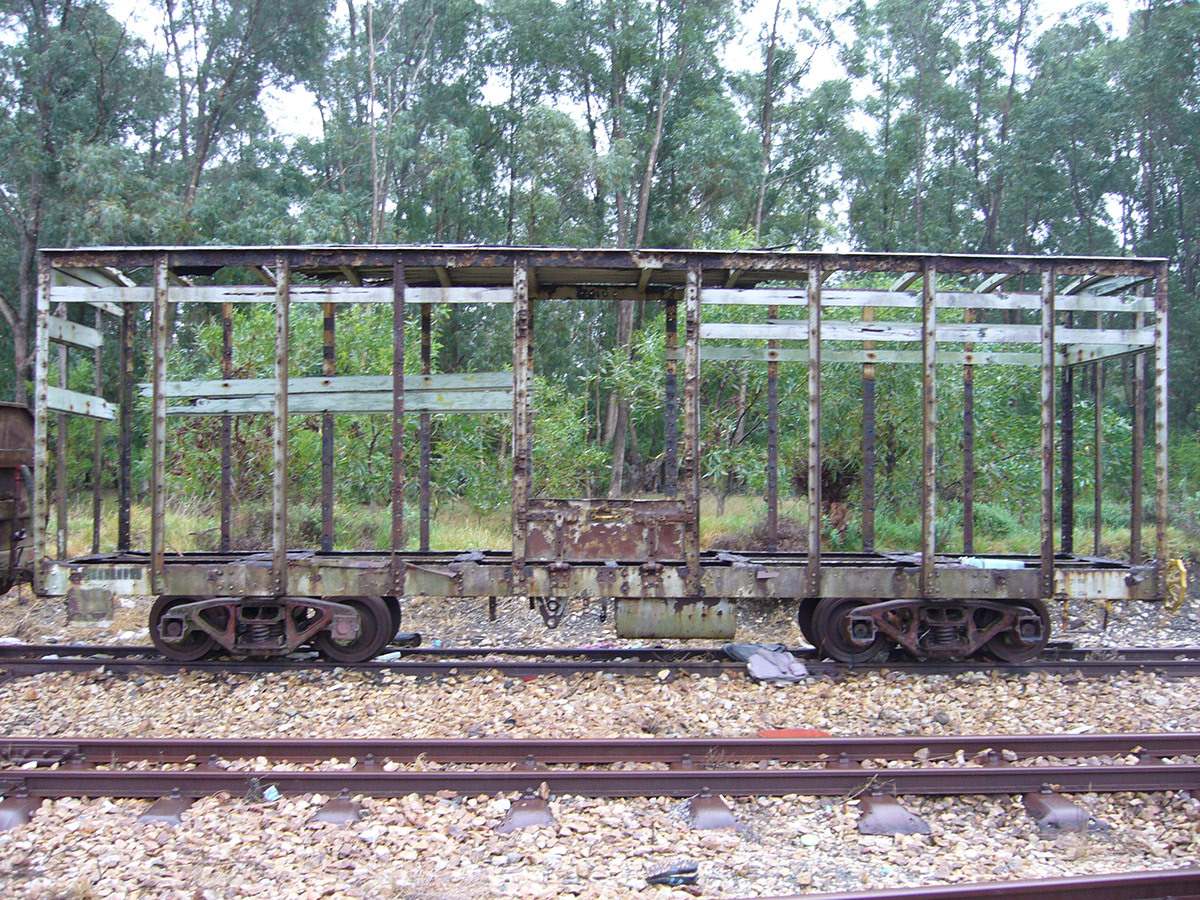