Very few organisations have had the opportunity to interact with David Shepherd over so many years and in the process to cover his two great passions, namely Wildlife Conservation and Railway Preservation.

David, in recognition of his efforts, was gifted a large South African Main Line steam locomotive in 1991.  Not long after he received it he asked the Sandstone Heritage Trust to assist him to ensure it was protected and maintained.  It has been a feature of Railway Tourism for many years and has  provided pleasure to many thousands of people. The history of our association with David and his South African   locomotive is covered in a superbly produced YouTube video.  Click here to view.

David was so interested in this work and his  loco Avril that he  made a number of trips to South Africa where he  always joined in the fun, participated in the loco’s operations and touched everybody with his smile.  Even in his last days he remained interested in its well-being and loved to receive photos and reports on its latest achievements.

What impressed us so much in his later years was his unselfish commitment to the cause.  It mattered not how long he had to stay up at night but as long as there were people to talk to he would give of his best.  Essentially David was a man who never retired.

On behalf of the Sandstone Heritage Trust and all South Africans who met him may we express our condolences to the family and say quite simply that he is irreplaceable and we are very sad to witness his passing. 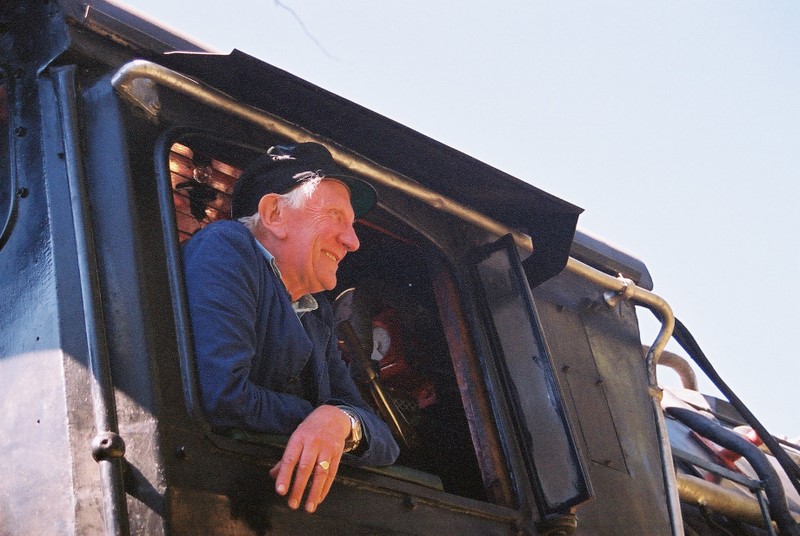 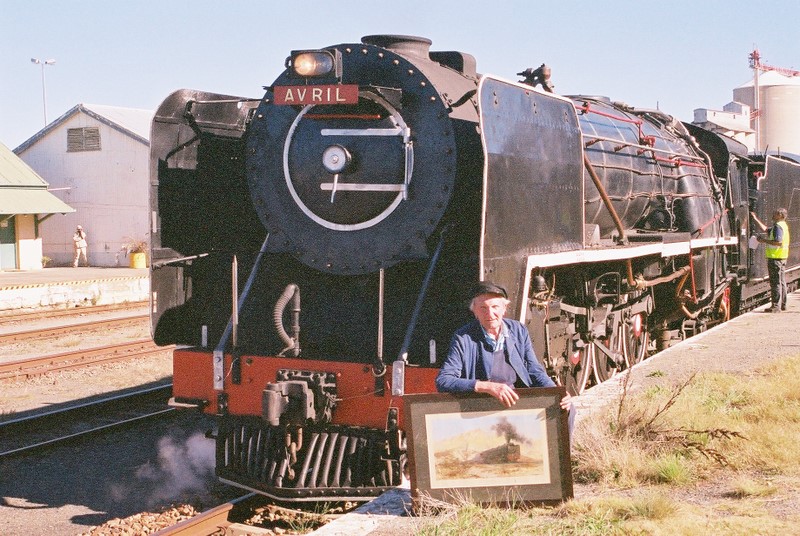 David with 3052 “Avril” and the original painting of the locomotive