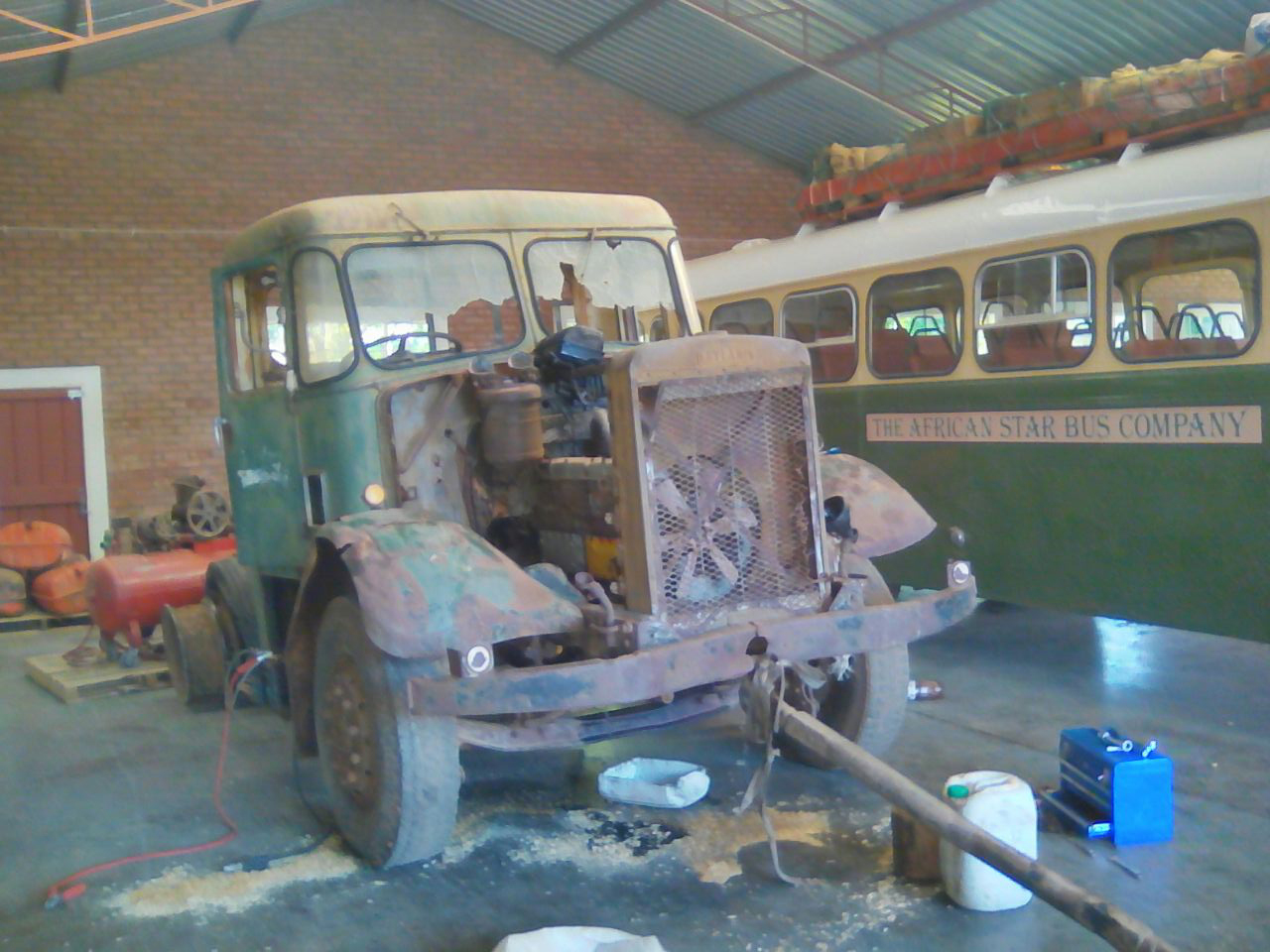 Our wonderful old Leyland bus operated by the African Star Bus Company which has done hundreds of thousands of kilometres traversing the dusty back roads of Africa is the mainstay of our transportation for early morning run pasts.

During Stars 2017 it survived but there were some problems with both the engine and the gear box. Rather than repair the engine we discovered that in our wonderful Curatorial Centre we had a Leyland truck with the identical engine. This truck had been given to us by well-meaning Preservationists who had emigrated to Australia. It has been sitting quietly waiting its turn for 10-years and because the engine is in tip-top condition we have done an engine transplant from the truck to the bus. Simple, easy and highly cost-effective.

Watch the below video to see the Leyland truck engine start up first kick after many years in storage: