This recently acquired item was subject to a search by the Dennis Society in the UK and we thank Tim Stubbs for his efforts. The details of the pump were provided by Laurence Spring at the Surrey Heritage Centre in the UK who hold all the records of Dennis who were based in Guildford in Surrey in the UK. The company, famous for its fire engines, closed in 2007.

Trailer pumps were produced in their thousands during WW2 for the National Fire Service. After the war most brigades had one or two, many were sold for industrial use and many were exported abroad.The Chassis Book, reference 1463/CB/4, gives the following details;

The Works Production Order, 1463/WPO/TP/5/972, states that the customer was Messrs Evan Cook Ltd, 134 Queen’s Road, Peckham, [London] SE and was ‘for dockyards at Cape Yserplaats’. It also states that it is a 350/500 gallon pump with a 100 bore x 120 stroke 4 cylinder engine. The misspelling of Ysterplaat is interesting as that was military airbase in Cape Town next to current Cape Town International Airport. It’s possible then that the pump was supplied for military purposes. 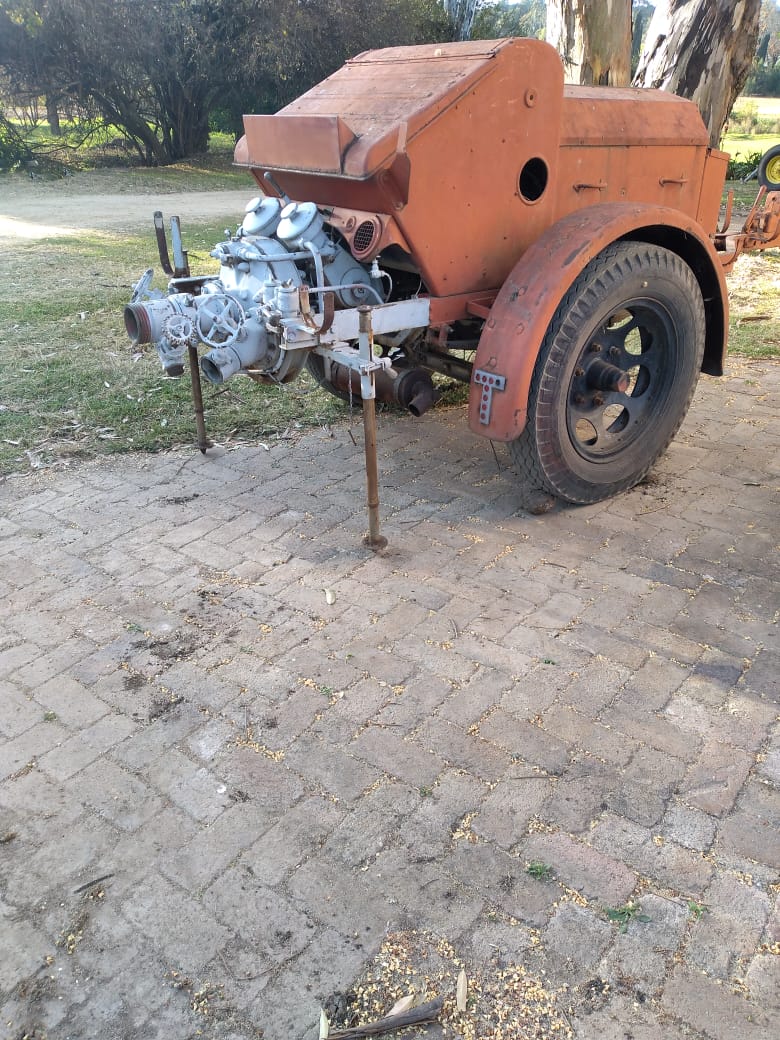 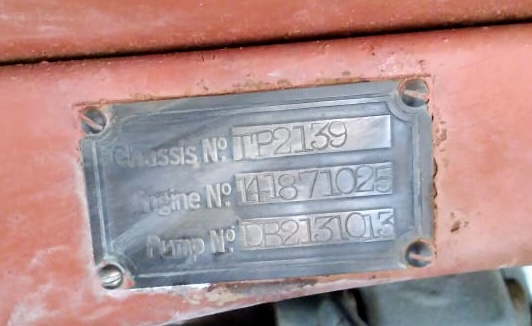 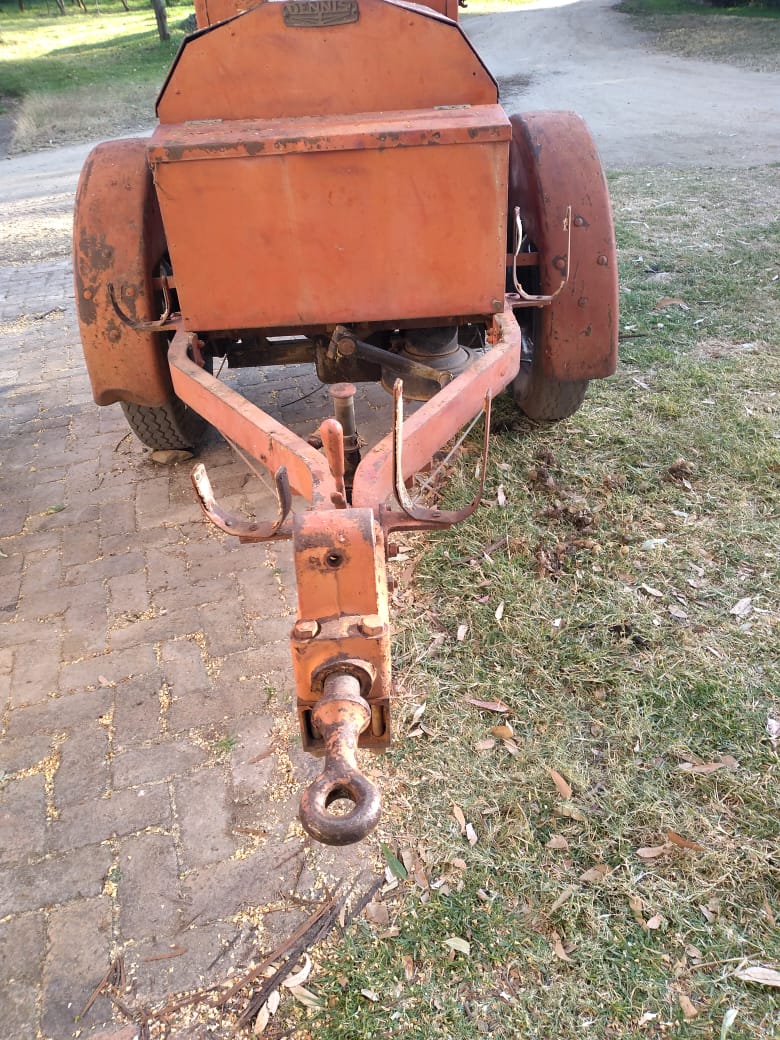 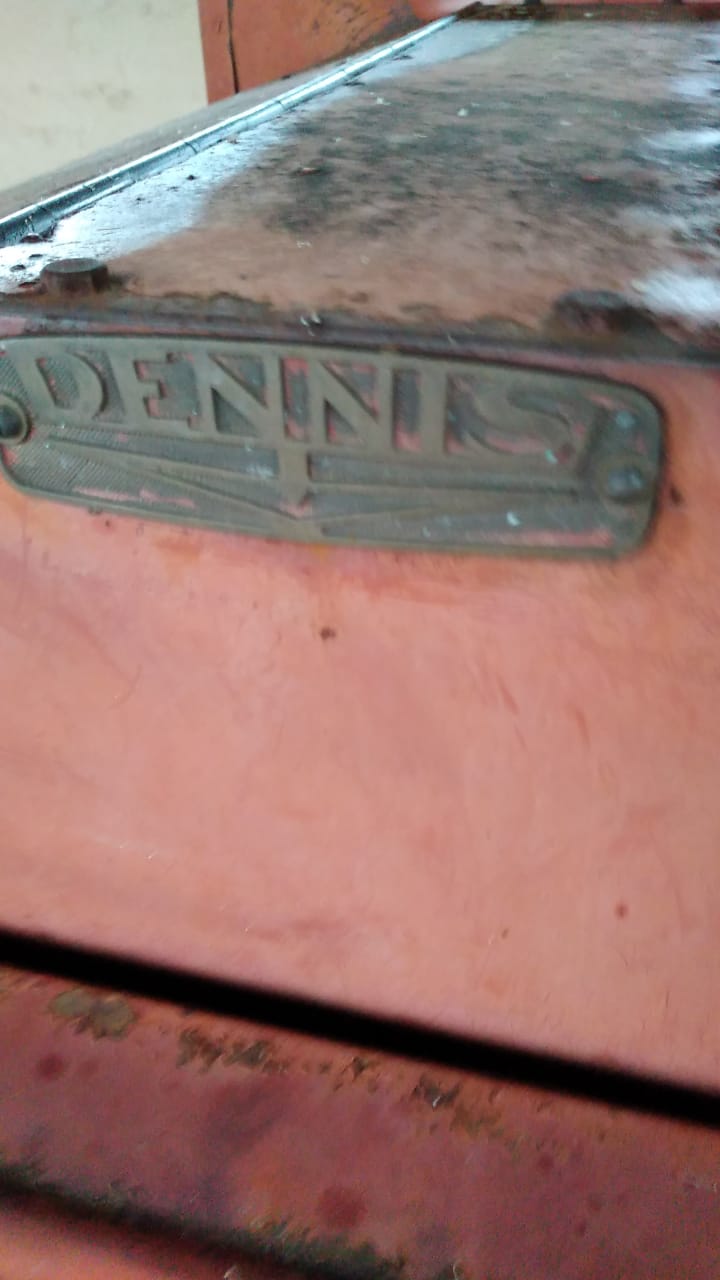 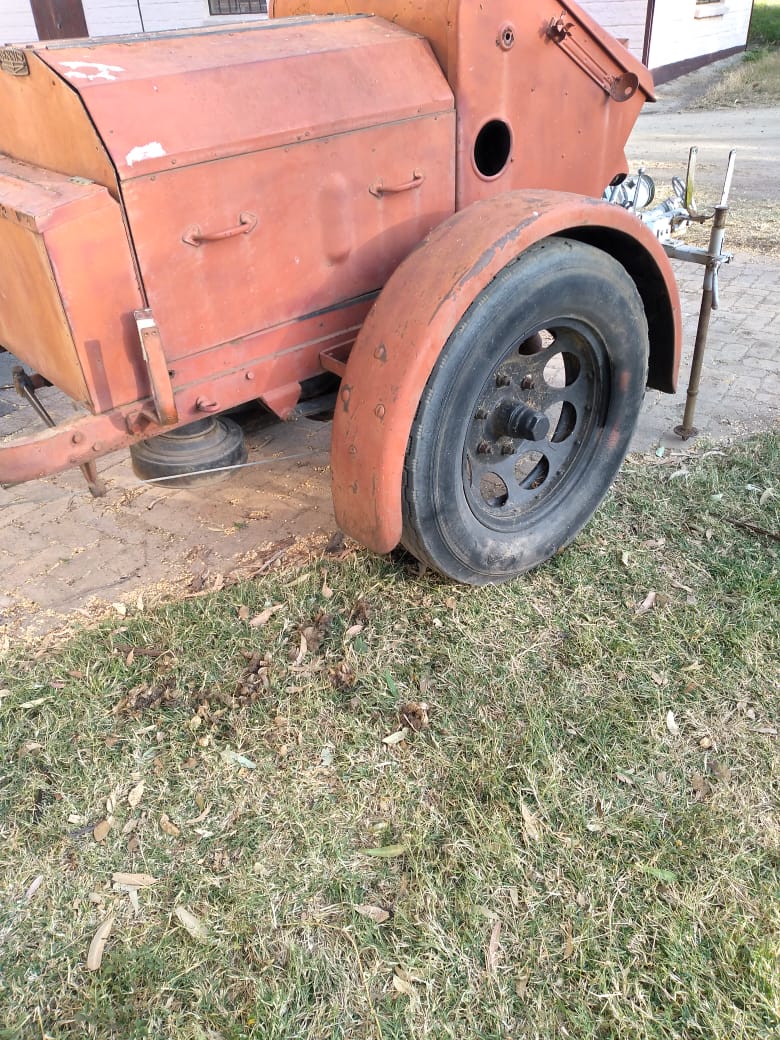