From the relatively humble beginnings of the Great 100 Working, staged at Sandstone Estates in April 1999, in which our country's vintage tractors made history as one hundred and six of them all ploughed in one field at the same time, qualifying for entry into the Guinness Book of Records, a series of world records has been set up. Various countries have taken up the challenge, Australia, England and the present record was set in Cooley, Ireland on Sunday 5 August 2007 when over 4000 vintage tractors were working in one field at the same time. This is unlikely to be beaten.

The origin of these working attempts was to break the deadlock at vintage tractor shows where the norm was to display pristine restored tractors, while the owners spent the time in the beer tent. Never was a tractor seen to move, let alone work, until pack-up time. At these working events, each tractor must be pulling a ground-engaging implement, over a prescribed distance.

Since the logistics of laying on an ‘all comers’ event are probably too difficult to stage again (may I be proved wrong!), a further series of events, based on the same rules has been spawned, concentrating on certain types of tractor. The New Zealanders had a tracked-tractor event recently, for example.

In the same vein, on Sunday 27th June 2010, at the Great Charleville Vintage Rally in Ireland, yet another World Record was broken. This time, for single-cylinder tractors. Our friend Terence Taylour took part with what he lovingly calls his ‘Frog-dog’, his French built Vierzon FV1, a copy of the German Lanz Bulldog. His wife Lindy sent in these photographs from the event. It was sponsored by Irish Vintage Scene magazine. www.irishvintagescene.ie 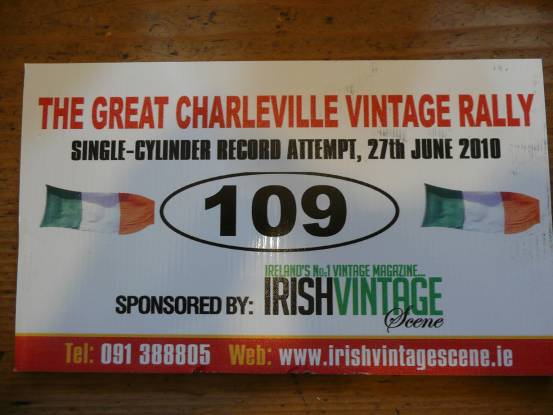 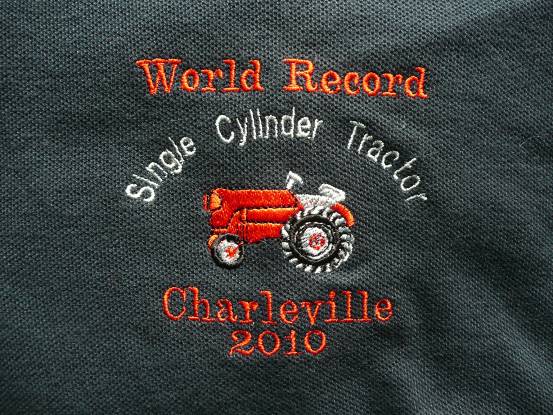 Here is Terence unloading his pride and joy! 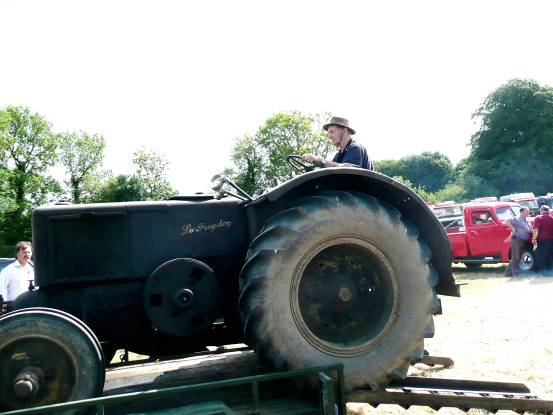 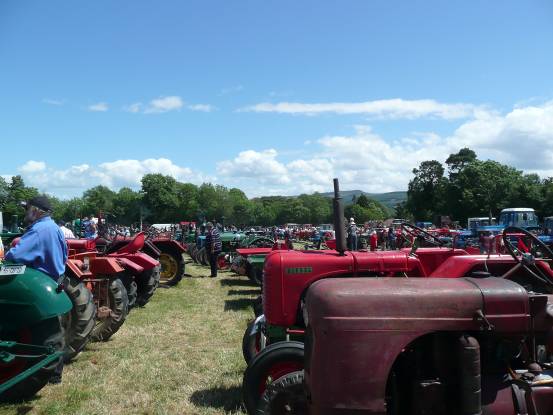 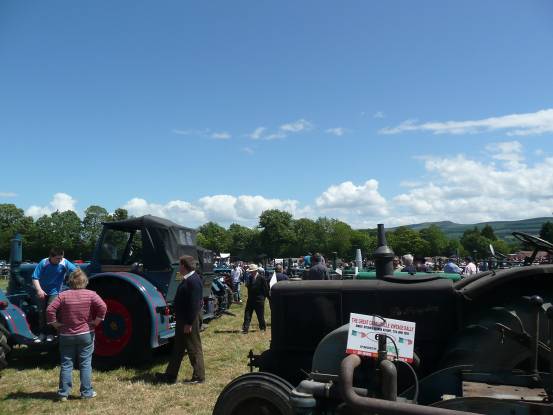 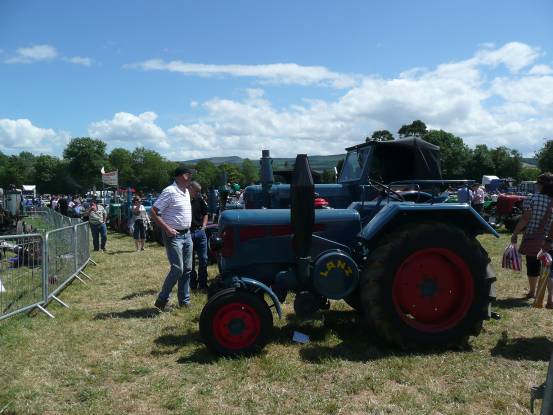 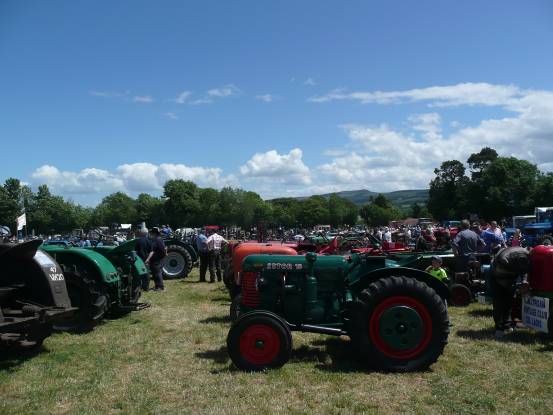 “We have just got back from Charleville in the County of Cork where we helped set a record of about 145 single cylinder tractors in one field!  Lots of Bulldogs of all shapes and sizes, not just hot-bulbs.  Lots of little tractors, mostly German and mostly 4-strokes.

“We think we are in the wrong country - the sun shone all weekend!   We brought the Frogdog, of course.  I find the steering hard work these days so I use the TVO Nuffield for road runs.  Since my shoulders have improved this year, I have ventured out with my trailer with six engines.  I have replaced that horrid Douglas with a naked Bernard WO of the mid 30's which is very well behaved!

“Here are the rest of the photos Lindy took yesterday.  She wasn't aware that anyone would be interested or would have taken more!

“The only Irish Marshall MP6 was there, looking very good after a big restoration, as featured in Irish Vintage Scene magazine.  Lots of new tinware and an enormous winch on the back!  A lot of people were a bit unimpressed as it had its own fence around it made of barriers.  There was a straight six Guldner tractor there, air cooled, I think, I was suffering from information overload by then!”

Thanks, Terence and Lindy for keeping us informed!