Restoration of McLaren Traction engine No. 767

Firstly we would like to compliment Keith Stevens on yet another remarkable restoration.  This traction engine was rough, very rough, when it was hauled out of the bush near the Kruger National Park in Mpumalanga.  Keith has sent us these updated pictures with additional explanations as to what work was done in the final phases of the complete rebuild.  The traction engine will now be collected and taken to the Sandstone Heritage Trust where it can play a useful role not only in terms of preservation but also as a working unit on the farm.

Keith Stevens sent us this report and pics:

The McLaren Traction Engine is at last complete. Enclosed are a few pictures taken whilst giving it a trial steam run and some taken today whilst giving the Engine a run up and down the road which caused a great deal of interest to many spectators. The engine has been inspected by the Boiler Inspector and passed it's hydraulic and steam test and has today been commissioned.

There are just a few small adjustments which need to be made but will Only entail a day's work. We will be away having a well deserved rest and will be back at work on the 8 September. 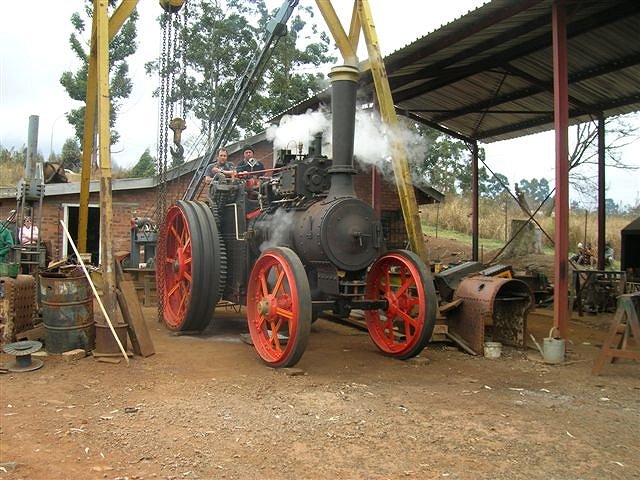 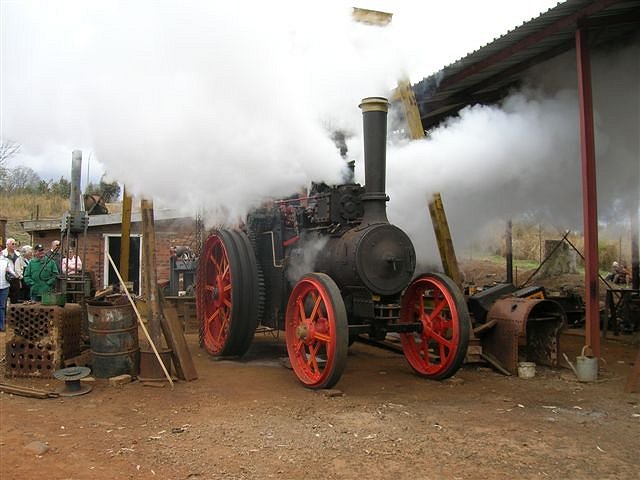 Wood lagging has been put on 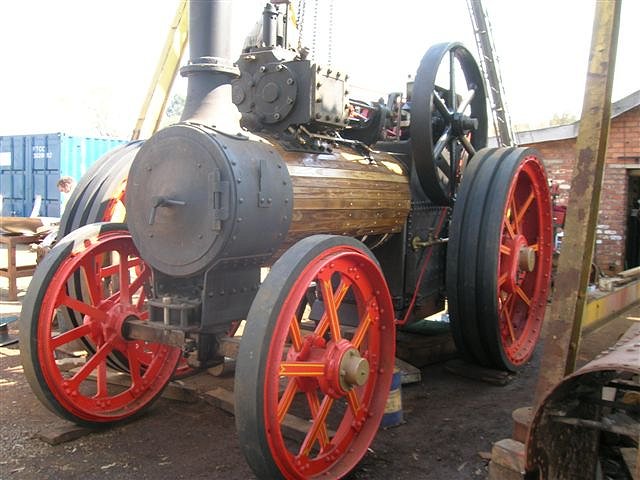 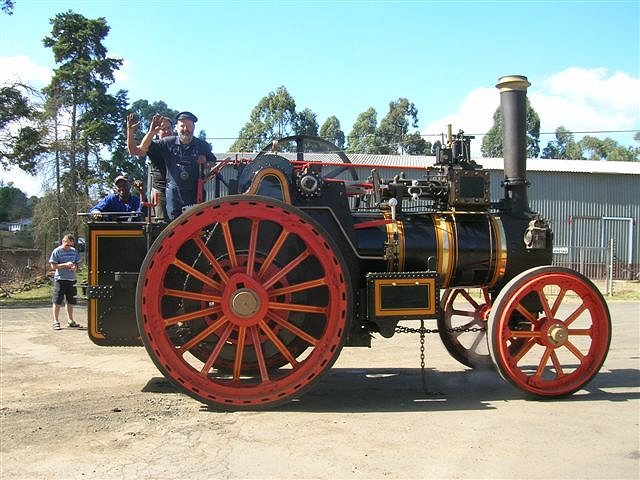 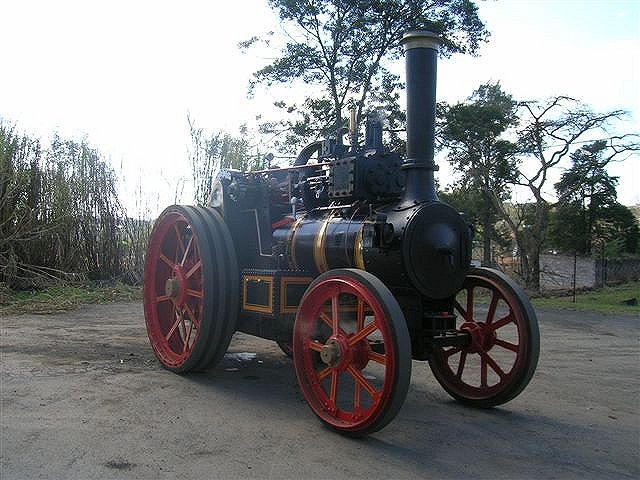 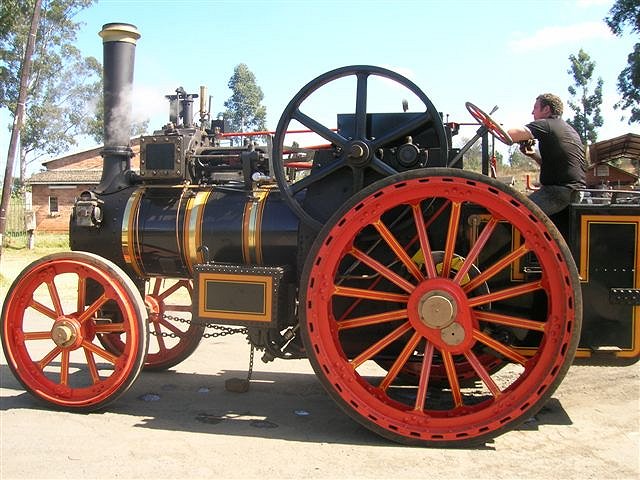