Sandstone/Braithwaite Greens Roller gets ready for the UK rally season 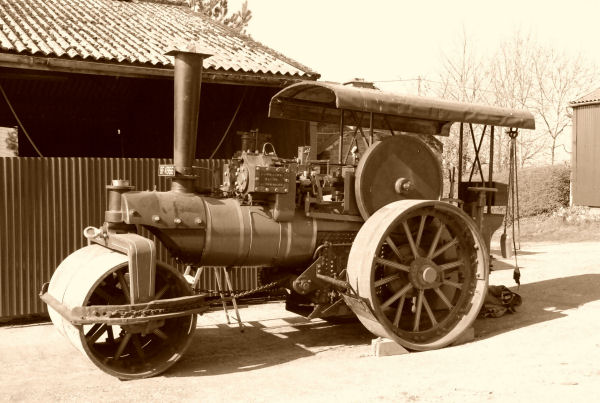 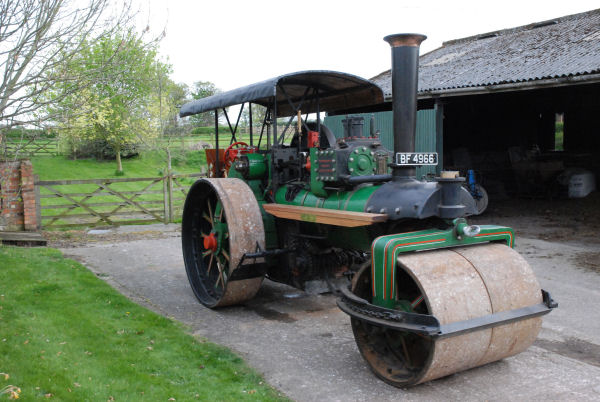 Phil Braithwaite has sent us the following report and article:

As the British winter this year was particularly severe, progress on 2135 has been delayed.

It was only at the beginning of April that work could progress.

By the 4th April the mud lid doors had been fitted with new seals, the pipe work and injector cones refitted and cleaning after the winter commenced.

By the 13th April, I had arranged for the roller to be moved into the yard, in preparation for a test steaming.

By the 17th April some adjustments were made to the water levels and the flywheel, as it need to be moved slightly nearer to the frames.

All studs were double nutted and the engine fully cleaned up.

The tarps, which I have to cover the engine were roped and checked OK

I am now awaiting my colleague to assist in the hot timing of the engine, after which a full steam test will be carried out and any adjustments made.

This will be followed by a road test, and only then can we say onward and upwards.

In the meantime, the final article is in the May issue, no94 of Vintage Spirit. 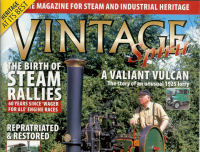 Click here to view the article - 4.7MB PDF (opens in a new window)