Connection between Uniporn and Daimler

It is most pleasing that Peter Dyer has handed this extremely interesting historical document concerning the manufacture of Uniporn H10 and H12 diesel engines to the Sandstone Heritage Trust. The pictures are available on the website for all to see and marvel at!

Views of the UNIPORN H-10 engine at Daimler Works, Coventry being packed for export.

(That engine is interesting in that its timing gears are at the ‘back’ of the engine; a feature of some of the most up-to-date of today’s inline engines!)

This connection between the companies is of particular interest to the Sandstone Heritage Trust, because, in the collection is a 'Daimler Industrial Diesel', looking very much like the Deutz engine which the Uniporn was a copy of. All along we have suspected that it was a Uniporn, but we were unaware of the tie-up between the companies! 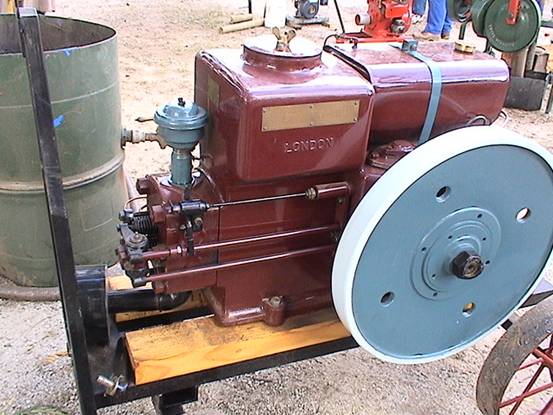 A close look at the hopper, comparing it with the pictures in Peter’s album, make it clear that the ‘Uniporn Diesels’ has been effaced by machining or grinding and that a brass plate has been attached, yet the ‘LONDON’ is left as cast: 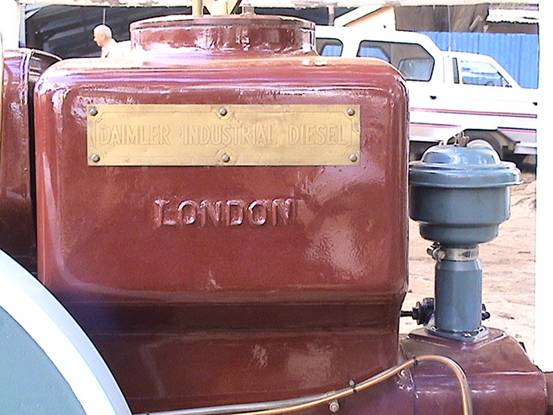 The Model designation has been changed from H10 to HZ10, and the London Agents, Liddle, Ingram & Fullards Ltd are now responsible for it: 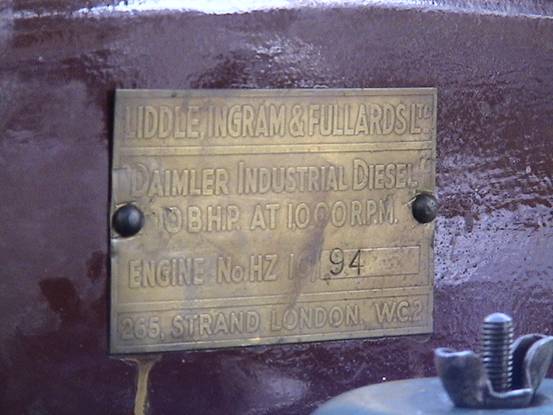 The rest of the engine is identical. 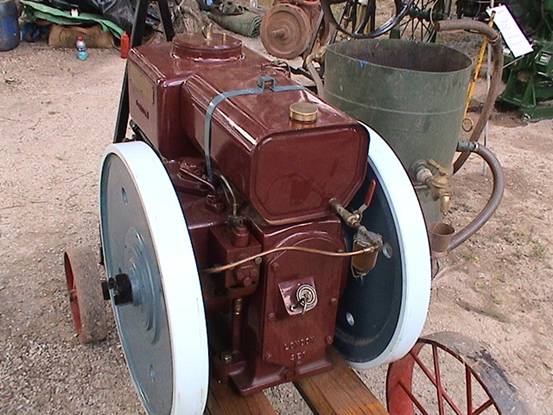 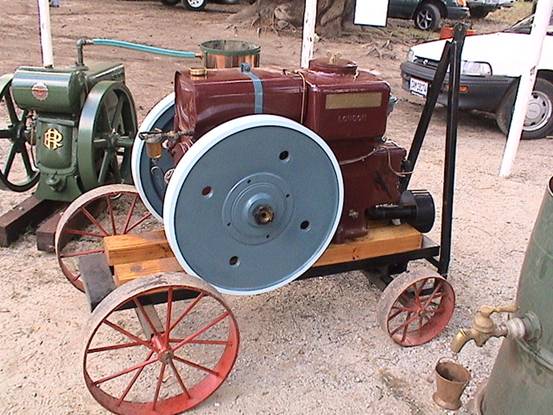 I wrote to Peter Dyer to ask if he knew anything about the connection. He replied:

Thanks for the magnificent pictures you sent.  I never even knew that a single cylinder Daimler engine existed!  As you can see from the document that I provided, the Uniporn was manufactured at the Daimler plant in Coventry. I guess, and it’s no more than a guess, that there was a collaboration to allow Daimler to badge and sell the engine themselves.  I remember my boss (Mr. Carton, who was married to the daughter of Mr. Dunwoody) telling me that the engine was a big seller, perhaps Daimler wanted some of this success.

Sorry I cannot be of more use, let me know if you find any further information.

I have just thought of another avenue I could explore, if they are willing to correspond with you I will put you in touch!