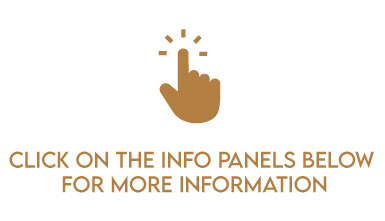 Rob Steiger started building his GEA in 2002 from original SAR drawings and worked feverishly on it, as we all know Rob to do, producing parts to show off every week. He machined all 16 spoked drivers by hand and had a rolling chassis by the time of the National Live Steam Meet in Pietermaritzburg in 2003.

After this the locomotive production virtually closed down, but only for a short while to make space for track building. Once the track was completed and the grand opening of the Albert Falls Miniature Railway was held, Rob got back to the business of making sworf.

Because of the layout of the Garratt cab, firing with coal would prove very difficult and so Rob converted it to oil fired. Now in South Africa were coal can just about be found at your local chemist, model engineers around here never looked into firing with anything other than coal. This case is somewhat different from the USA, one hardly ever sees coal fired locomotives there, so someone must have perfected the art of turning oil into steam, also making the driver/fireman’s’ job a bit easier.

Finding this information proved a bit tougher than expected, as even the mighty Google could not beat oil out of the internet, so he made his own version. And here it is: 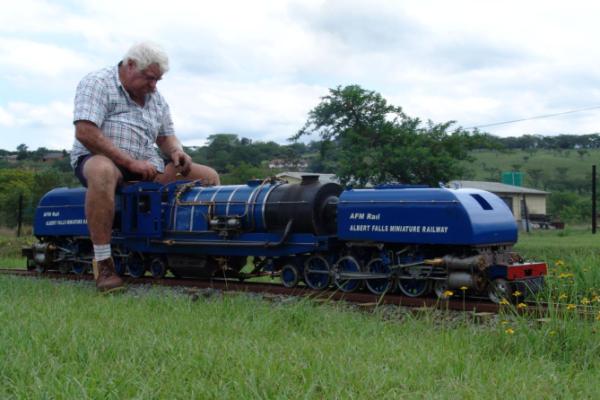 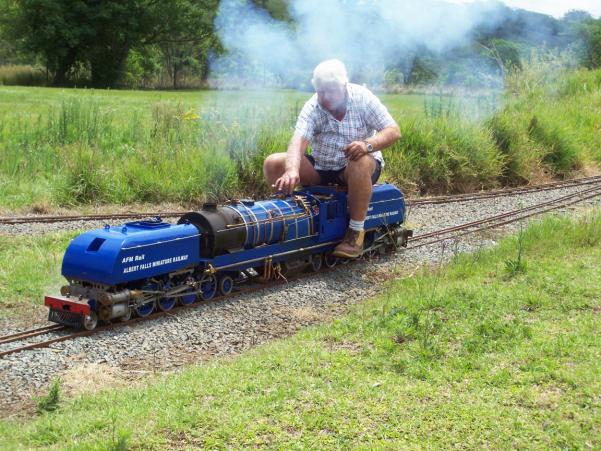 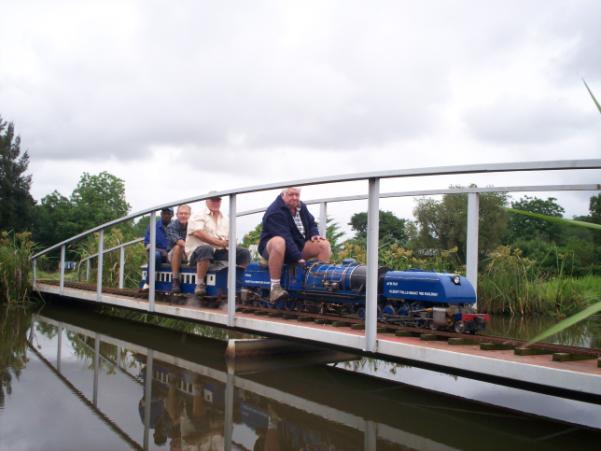 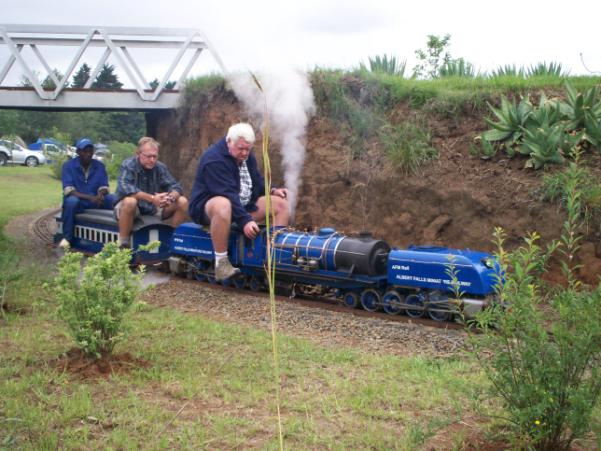 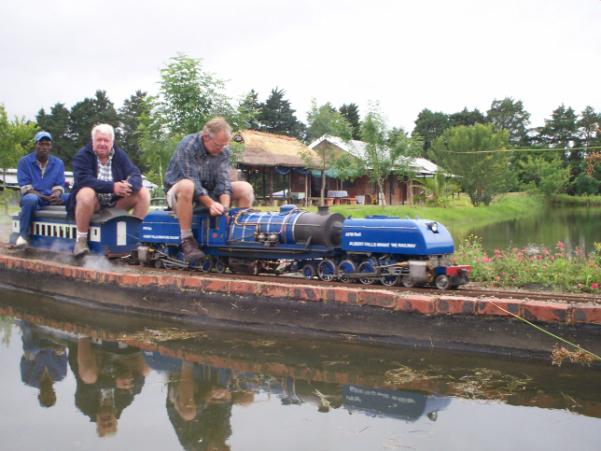 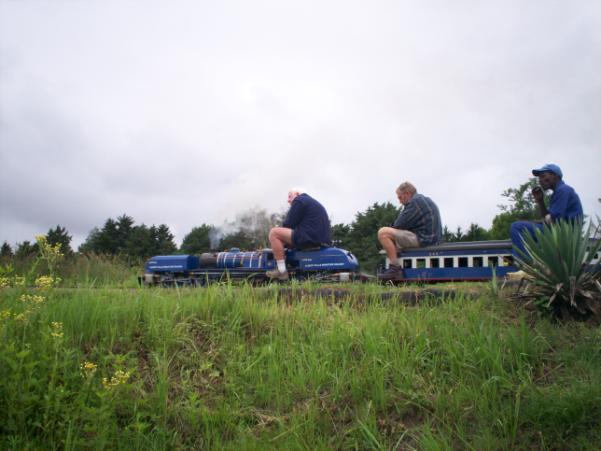 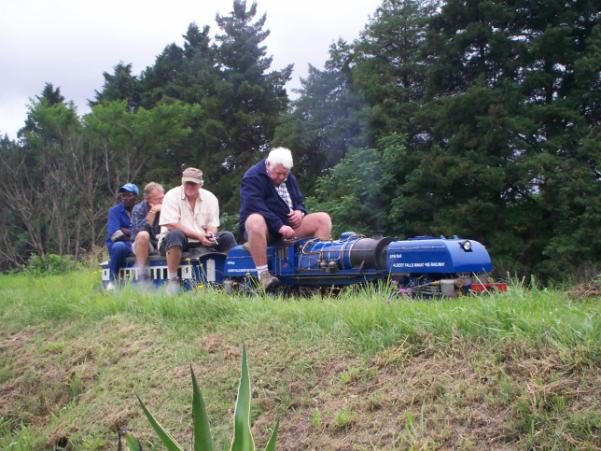 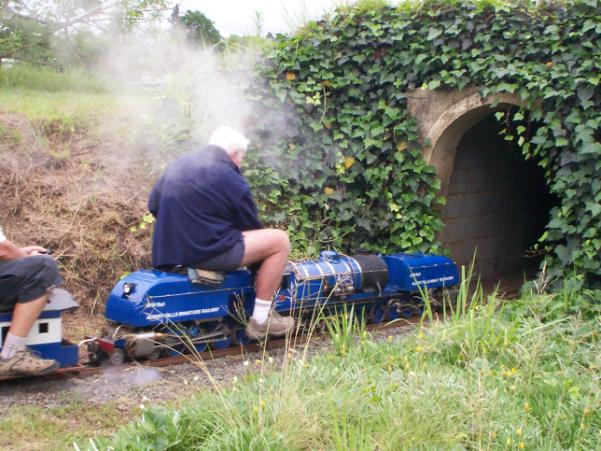 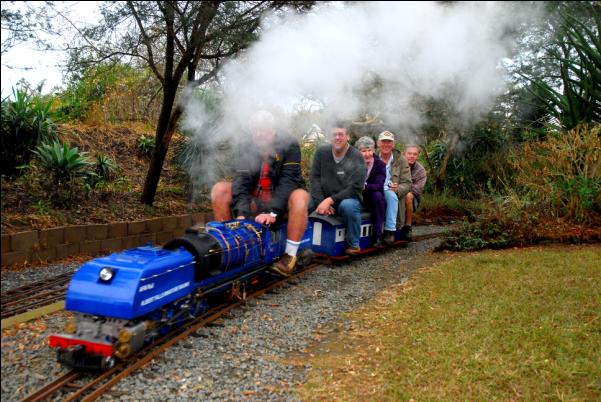 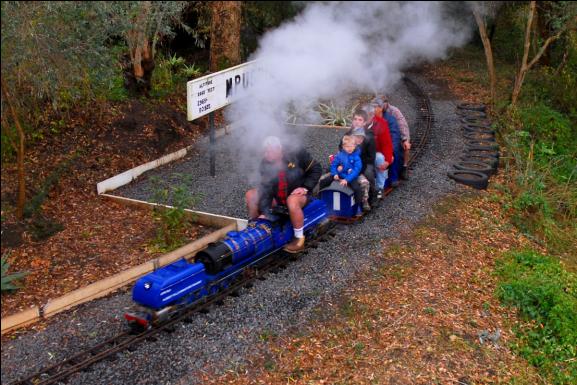 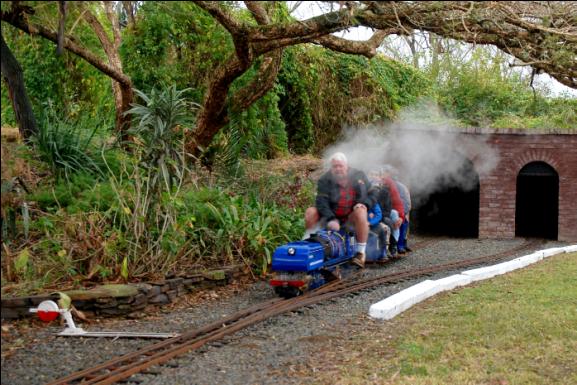 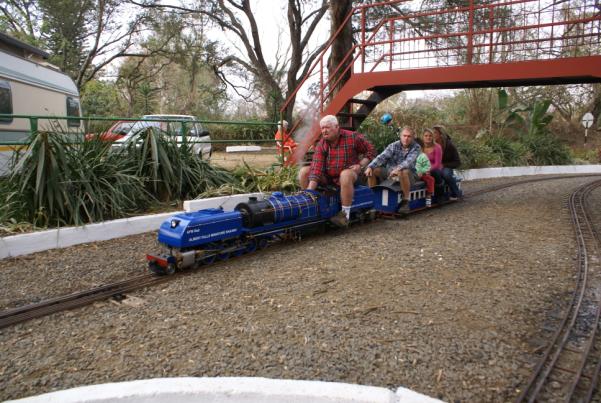 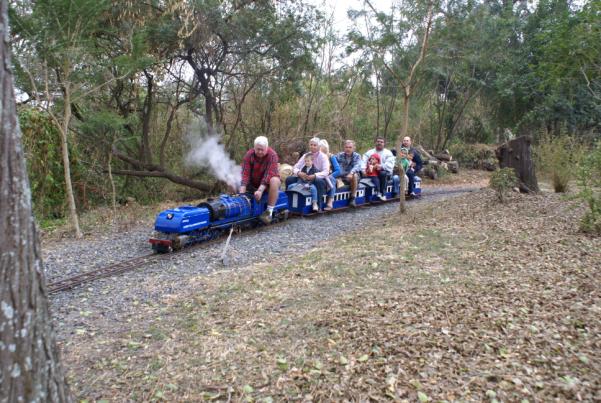 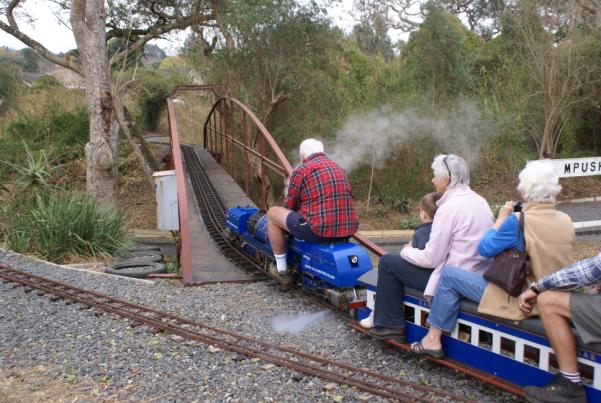 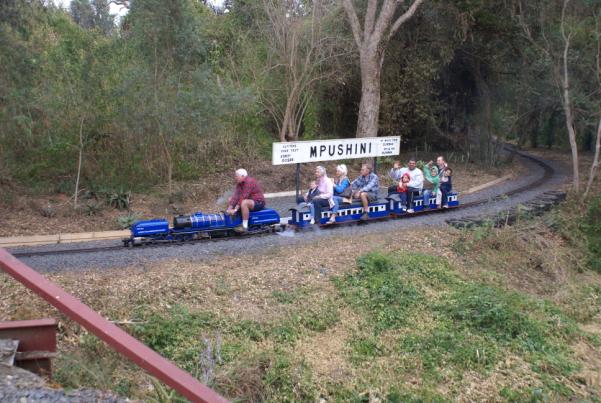 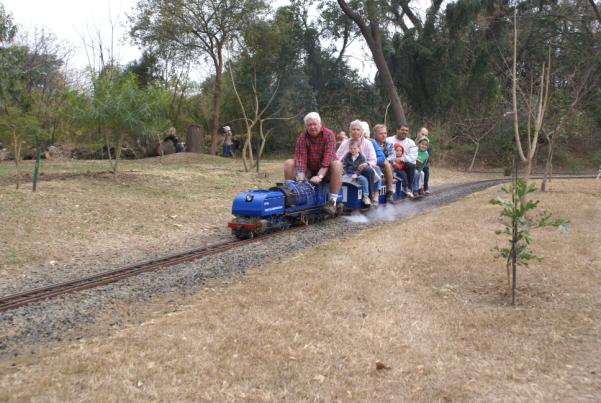 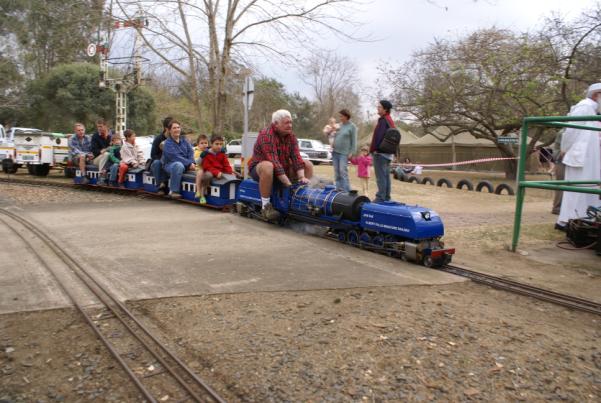 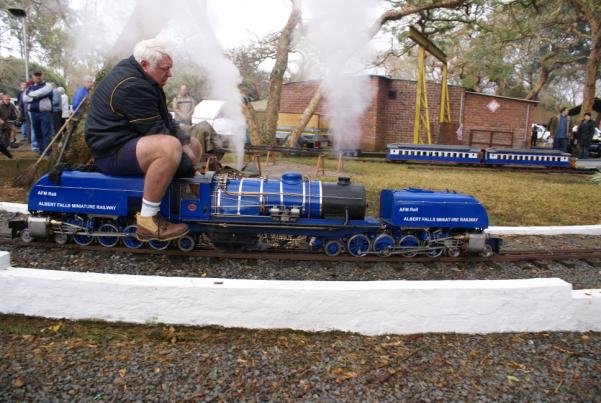 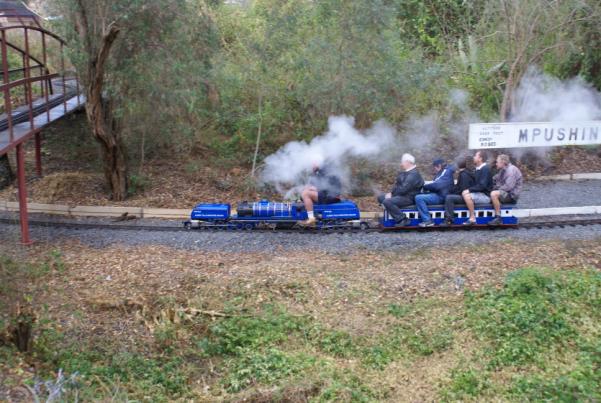 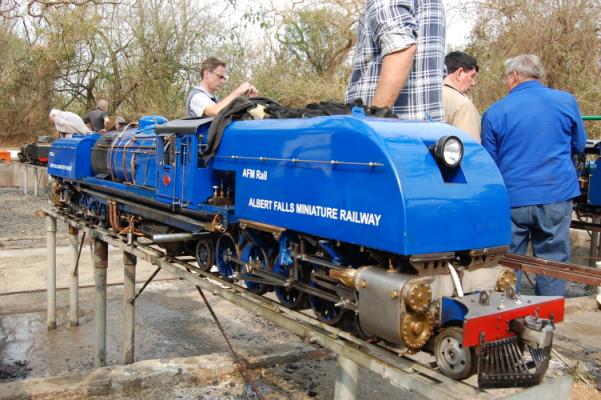 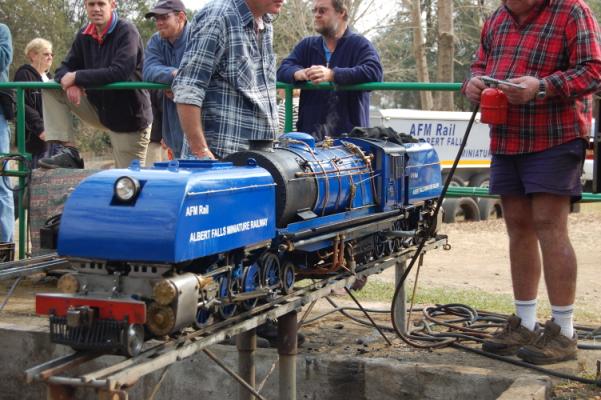 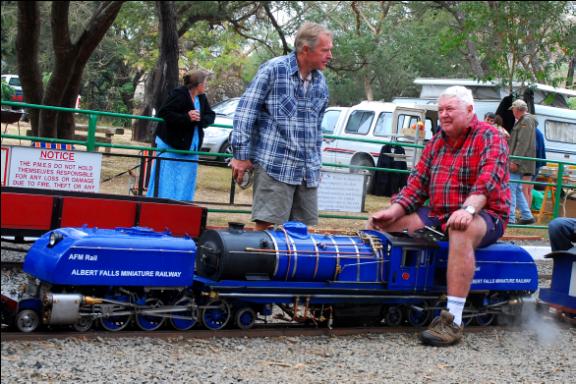 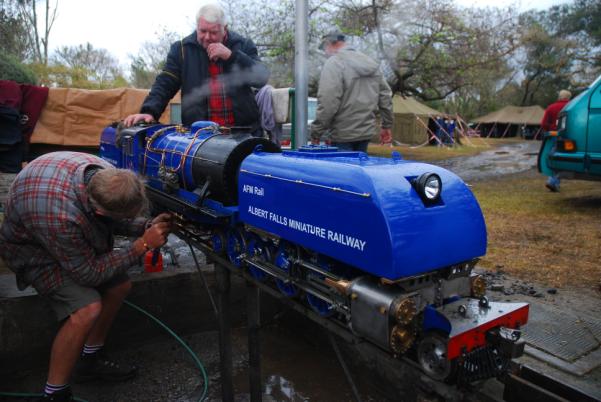 One of our frequent overseas visitors to Sandstone is Fabrice Lanoue who has written a book, “Passeport pour la vapeur”, on his worldwide steam travels over the last 35 years, in which Sandstone is featured. Our pictures show the cover of the book and the Sandstone section plus the French language text. An English translation of the text is below.

“In order to share his passion and to finance part of the restoration of the equipment, Wilfred Mole has been organising every two years, for several years, a big steam festival which gathers hundreds of participants from all over the world. In 2012 this festival was called "Kalahari Sunrise", named after the desert located further north and the nickname of the Mikado NG15 from the Otavi mining railway in present-day Namibia, and therefore close to the Kalahari Desert. As a storm threatens, NG15 No. 17 (SAR Henschel of 1931) leads its train towards the Grootdraai loop”.

Our thanks to Fabrice for including us in his book.

An exciting new book on The Sandstone Steam Railway

An exciting new book on The Sandstone Steam Railway. The Sandstone Steam Railway-the story continues
This 220-page hard-back coffee table book in landscape format encapsulates in words and photographs the Sandstone Heritage Trust collection that nestles in the vast, rich agricultural grain and cattle Landscape of South Africa’s Eastern Free State. This new publication illustrates the grit, determination and vision of the founders to save a representative cross section of the transport history of Southern Africa. By virtue of its location this living collection complements the beauty of the area with its 3.5 million old Sandstone cliffs, lakes and snow-covered, cosmos-clad farmlands in the winter months.

The book documents the history of the Sandstone Heritage collection of transport relics from the days of European imperialism and empire-building. Almost a generation back, the need by the then Transnet Heritage Foundation to secure a safe home for resources at a collapsing museum in KwaZulu-Natal saw Sandstone Estates being approached to rescue the exhibits. The embryo was ‘alive’. Over nine chapters, the glossy publication looks meticulously at the history of every single locomotive (both narrow and Cape gauge) as well as each piece of acquired rolling stock, coaches and dining cars together with other complementary heritage categories such as Military vehicles, Cars, Trucks and Buses, Vintage Tractors, Earth-moving equipment all surrounded by the crops, flora and fauna of the extensive Modern Farming operation at Sandstone Estates.

The text is rich in recollections and memories of challenging expeditions to rescue artefacts throughout South Africa, Angola, Zimbabwe and Mozambique. The time consuming negotiations that typifies African politics, the topography and relocation under tough conditions of representatives of British and German locomotive engineering for example in post conflict zones, makes this book more than a catalogue of assets. Almost without exception Heritage items saved would otherwise have seen the cutting torch or been lost to pervasive rust and neglect.
The book also deals with the significant challenge of moving heavy items on poor roads over long distances. Sandstone’s most recent innovative challenge was to move by road two massive Garratts and other heavy locomotives representing the old days of the renowned South African Railways.

The Sandstone Heritage Trust has facilitated skills training to young South Africans of all creeds in active workshops in both Bloemfontein and at the estates. The collection has contributed to South Africa’s tourist industry and community development in the local Free State area. European tour operators have brought locomotive enthusiasts and other transport buffs to experience the live, working railway on the farm by way of regular shows and open days. Huge agricultural fairs, record-breaking ploughing competitions and what has become known as the ‘Sandstone experience’ are featured in the book.

Time to get a copy of the book, the second but much grander production on the Sandstone story, and enjoy......

THE BOOK IS AVAILABLE HERE

In the UK the book costs £29 including post and packing.
In South Africa the cost is R795-00 including VAT and delivery.
The book is available in the USA at US$34. Delivery on quotation.

A new shed for the Bloemfontein locomotives.

All the locomotives and rolling stock moved from Bloemfontein and Germiston are now in a covered facility at Sandstone.

Recently a classic BM Volvo 600 tractor was donated to Sandstone by a farmer in the Memel district of the Free State in South Africa.

With our limited events during and after the Covid pandemic, coverage of Sandstone in international magazines has been less than we previously enjoyed. So we were pleased to see that Vintage Sprit magazine covered our Easter event with a letter from contributor, Peter Brockington.

You can access details of Vintage Spirit, which covers Steam and Industrial Heritage, on the following link.

Although Covid is no longer an issue, we were obviously unable to host the number of events that we normally would have held at Sandstone Estates over the past few years.  However, the demand is returning and we did have a successful Easter Festival.