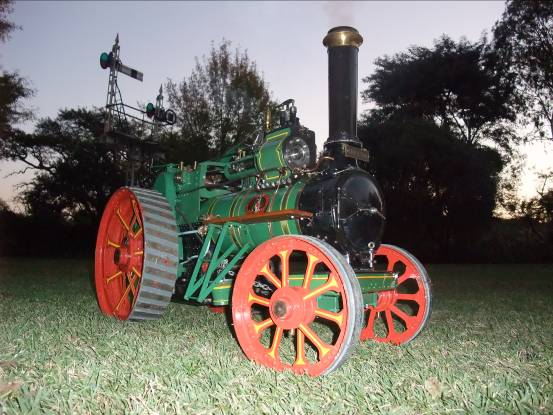 Saturday 22nd May 2010 was the day we decided to raise steam on the traction engine. The machine was picked up from our cottage by Martin and Andries and taken to the PMES grounds. After a long session sorting out a few problems, the fire was lit and steam was raised and the tractor was put into motion by Andries who ran alongside as it started off. The driving car is not yet made so the youngest and fittest member (Andries) copped for the job. The engine was set to travel without a driver in a circle which it did for many times without deviation. It steamed very readily and produced plenty of power.

During construction, over a long period, and even when tested on compressed air, there is always the worry that the engine may not perform as well as it should, but the expression on the face of the builder says it all. Unfortunately, Jean who has given me a lot of encouragement and support was not able to be there because of her current problem with shingles, but she will get her share of smoke and hot cinders when the riding car is available. 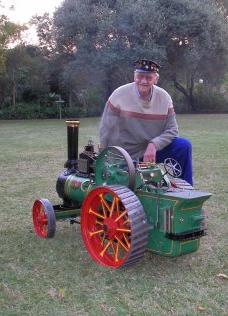 The builder and his machine 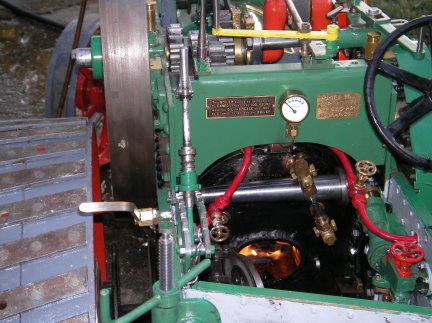 The fire was lit 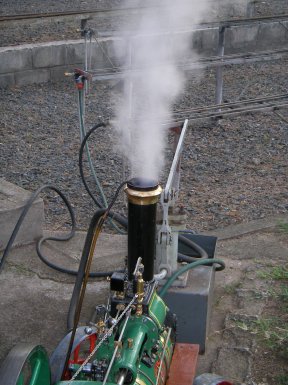 Getting the new chimney dirty 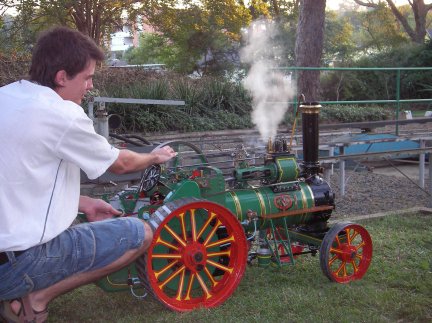 Posing after the first steaming 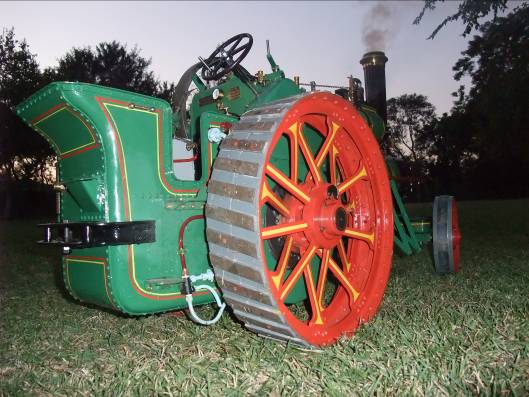 And they steamed off into the sunset!