After finishing my Shay I started looking for the next project to build. I decided to built something different, and also wanted to build a SAR in 7 ¼ inch. After looking at all the older smaller SAR engines, such as the 5 class, 8th class and even the mallets I decided on a small Garratt.

I also looked at the earlier locos that were still built in the simple days with lots of rivets. I wanted a loco that was small enough to steam at the club tracks. I looked at all the older classes, GA, GB, GC, GD, GF, GCA etc and in the end decided on the GC. The problem was that the drawings available are very poor and I could not get a lot of the detail and dimensions, then I realised that the GK is similar to the GC.

The new Cape Central Railway was an independent railway that operated between Worcester and Mossel Bay in the Cape. A few years after the SAR ordered the GB Garrats they ordered 2 Garrats similar to the GB in 1923, but with larger boilers and cylinders. They still had plate frames as well. They were called G1 and G2, but were reclassed GK when absorbed into the SAR in 1926. When the SAR ordered the GC they were similar to the GK.

The deciding factor was that the wheels turned out to be the same size as the 15F in 5 inch. I used my patterns and cast enough wheels for a few other 5 inch 15F's as well.

Quite a few parts to make with the articulated suspension and brake rigging. 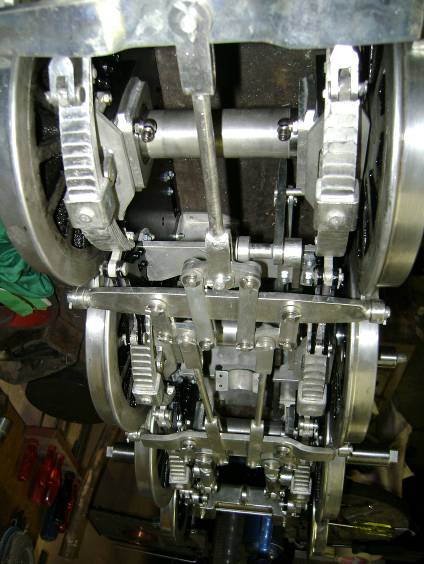 Since the loco is of simple construction with plate frames, about everything could be lasercut without difficulty. The frames are 4mm thick and most of the frame stretchers 3mm. With 20 wheels there was quite a lot of repetitive work. 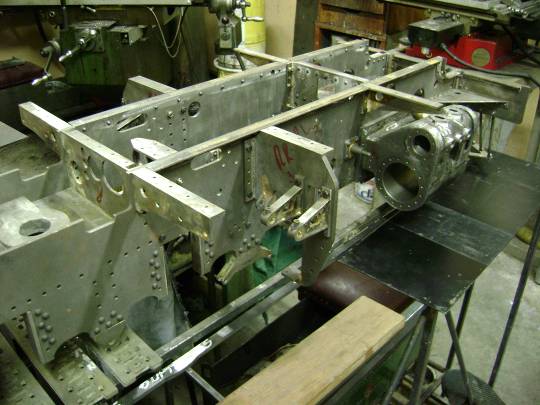 The design was done so that the loco can turn on a 30 feet radius, so even sharp curves are no problem.

Cylinders are built up from lasercut parts and fitted with cast iron sleeves. Cast iron rings are used both for the cylinders and valves. 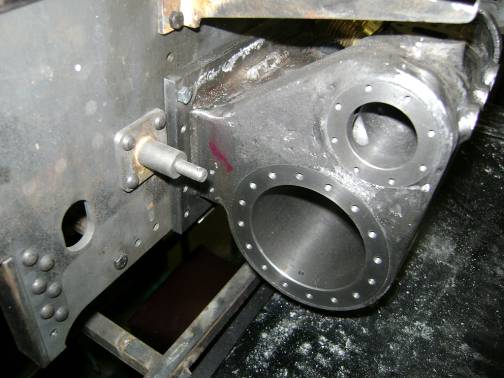 The boiler is a 250 mm nominal bore steel tube with 20 mm stays as per the Australian code. The copper tubes are expanded. 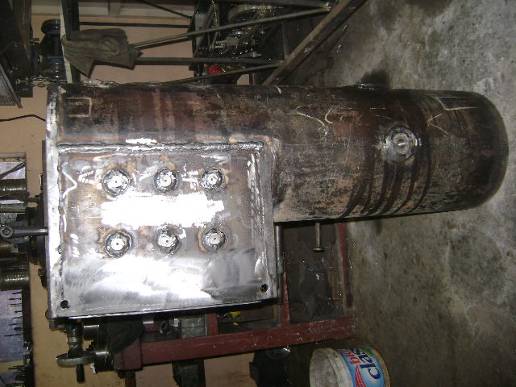 A small CNC was used to make the different window frames as per the original. 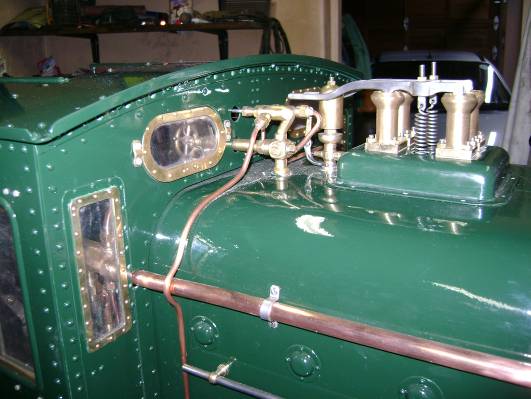 All the steam passages and has spherical ball joints with Teflon seals. Stainless springs keep the pressure on the joints.

The loco was build with ease of access in mind. The tanks are removable with a few screws from the bottom. About 3000 rivets were used riveting the tanks and cab.

Another interesting feature is that the fittings are not typical SAR such as vertical injector and turrets. 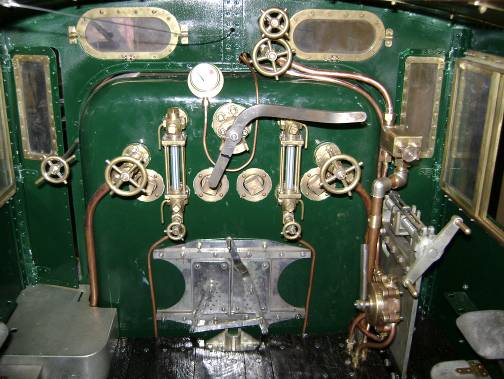 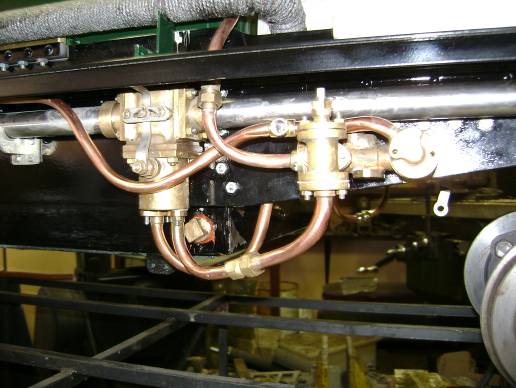 To finish off the loco a few details was added such as the steam heating hoses. 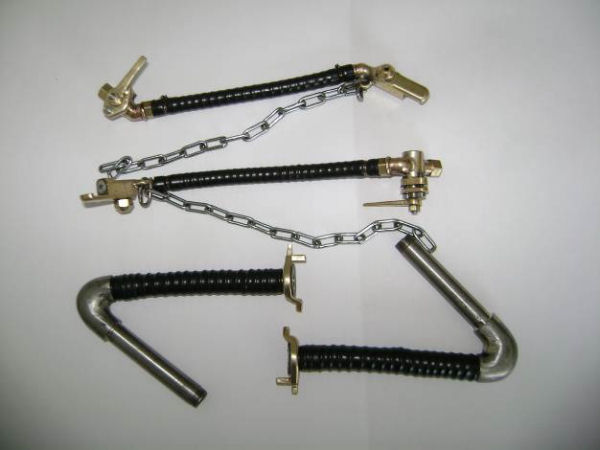 The loco was first steamed in August 2011 after 3 years of active construction.

It is a really powerful loco with a big firebox. After running in it pulls a load with hardly a beat. It is a very practical size for a 7 ¼ inch SAR loco, as it is powerful but still able to run at the normal club tracks. 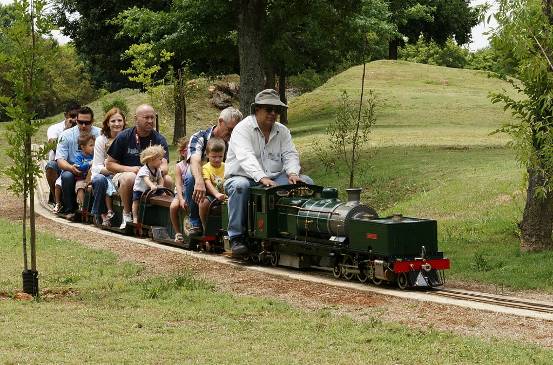 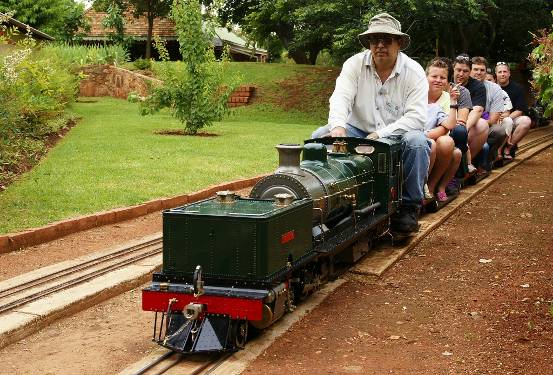 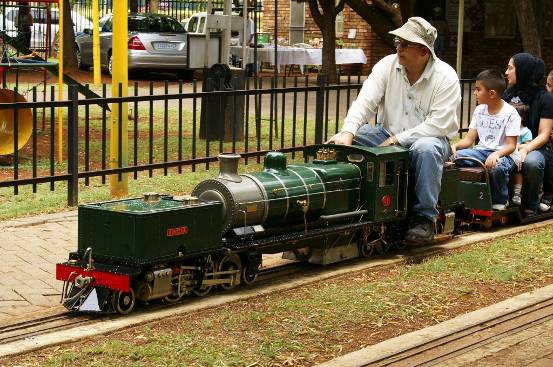 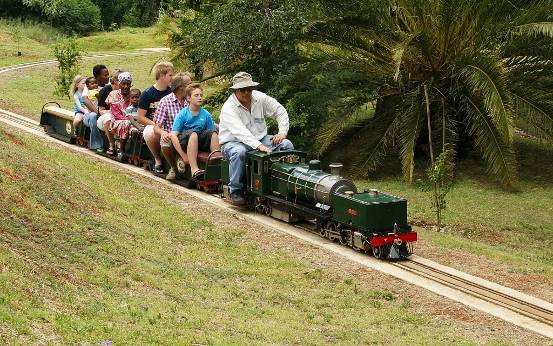 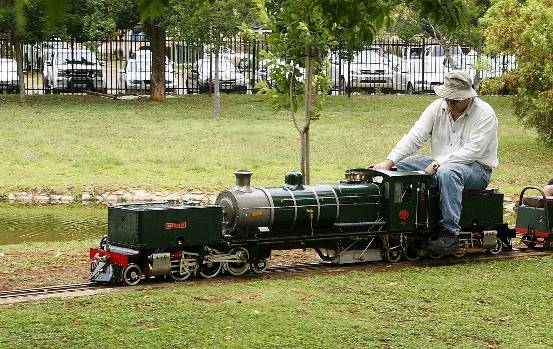 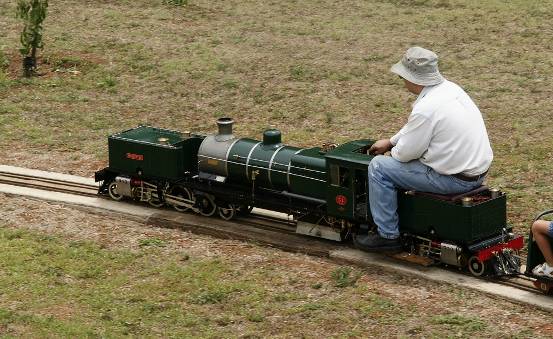