We all know the fascinating history of the 2 foot narrow gauge railway that ran from Beira before the turn of the century and also how it came to its end and of the locomotives ending up were they are today. But what if, for some strange reason, some bloke decided to slip in another order of the Lawley locomotive design with some minor updates... Or what if during their lives on the South African Railways a locomotive was rebuilt with a more standard, modern style of valvegear. Well, this is what I think it would have looked like. This would have been SAR Class NG 6A.

This locomotive is completely redesigned in 3D on Autodesk Inventor up to the last detail. The 3D images in this article are created straight from the mechanical drawings. Working off the original prints, I scaled down all the major components to the gauge of 7 ¼"gge, a scale of approximately one third. Then using the best in valvegear design, from books and valvegear simulations, the new Walschaerts gear was developed and fitted to the engine frame. Working out all the kinks and changing the footplate to accommodate the new gear, all the other detail was drawn and added to the drawing to create what you see in the pictures below. Building a model locomotive use to take years to complete but using modern engineering practices, this murderous process can be shortened to a fraction of the time we are use too. From laser cutting the frames, to using CNC machines to turn the wheels, designing in this fashion also keeps you from making costly mistakes that robs you of precious time and kills the drive to complete your project.

Here are some more rendered pictures to show what the end product will look like: 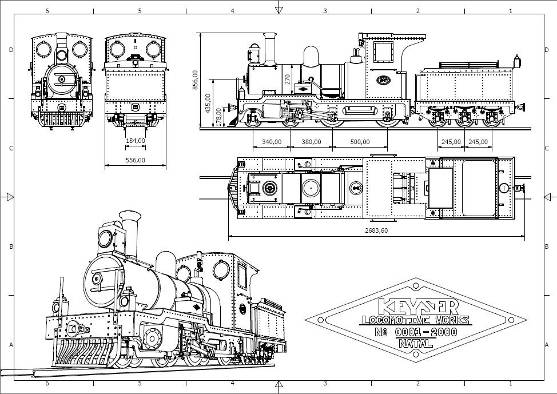 The first order of business was to order the frames, it arrived within the next two days and preparations were made to start the drilling. I ordered the frames purposely without all the holes because at R3.50 a hole it eventually starts getting very expensive. In stead, I had the frames laser cut out of 6mm Mild Steel and one copy of each part punched out of 2.5mm Galvanised plate, with all the holes punched in them to use as drilling jigs. The idea being that I can clamp the drilling jigs to the plate, spot them out in the drillpress and then drill them out to the right sizes. It proved to work brilliantly and within a weekend, two locomotive frames was drilled and assembled. Some photos of the process: 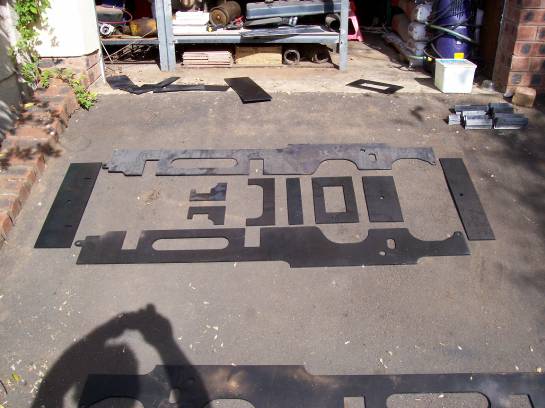 Laser Cut Plates as it was delivered, the angles in the background 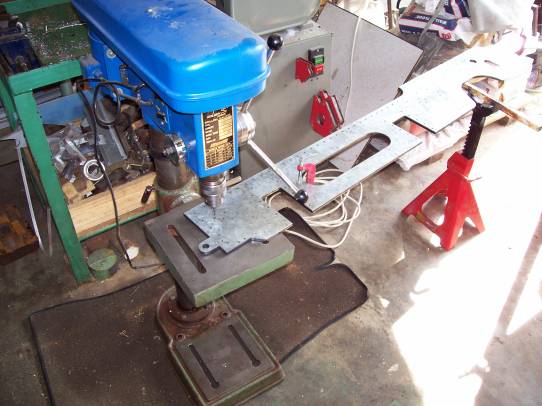 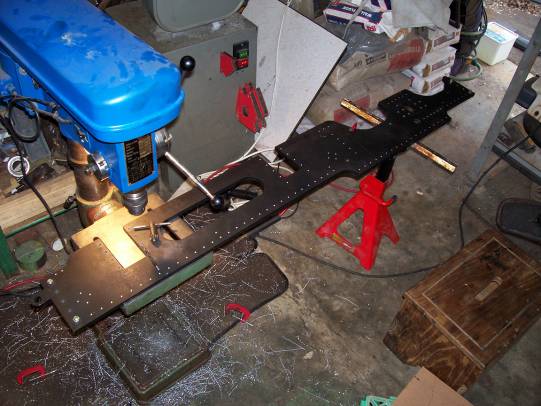 Jig removed and holes drilled out to size 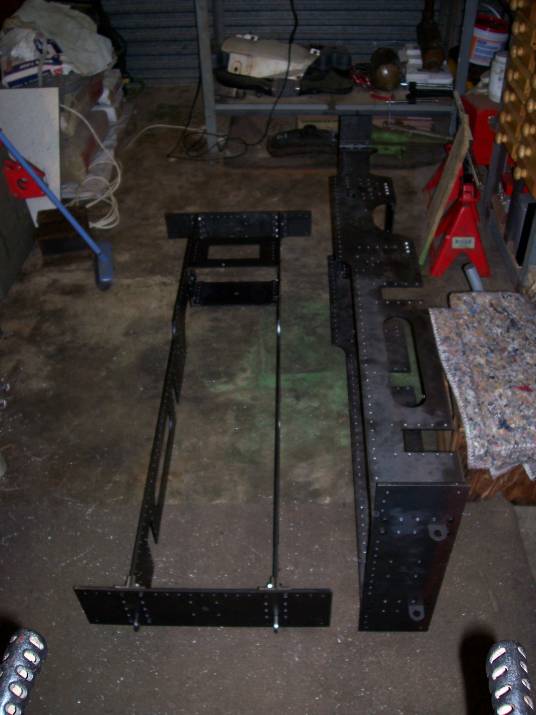 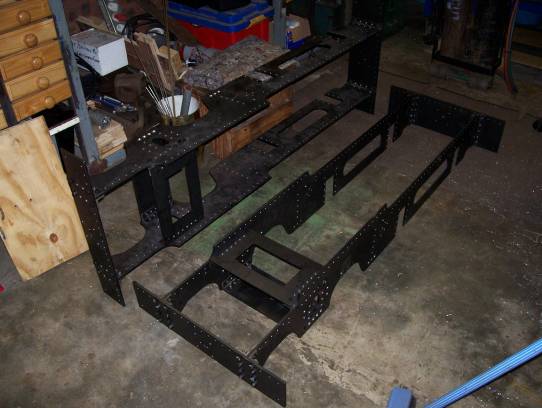 The stretchers was bolted in the next day 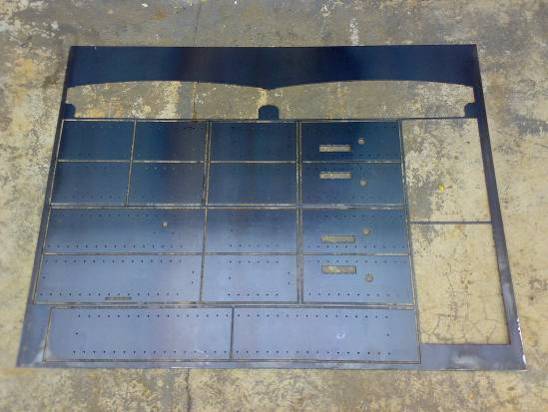