I went to the annual Rand show in 1971 and found the Rand Society of Model Engineers inside the show grounds. I joined the Society immediately, a few hundred meters up the road there was the South African Railways pavilion.

The Witwatersrand Agricultural Society held a annual show at Milner park Johannesburg for many years, somewhere during the mid seventies a 16DA was plinthed in front of the SAR pavilion which was polished every year for the grand occasion when it was show time (Easter) the rest of the year the locomotive stood in a corrugated iron shed erected around her. Inside the pavilion they had a huge HO gauge electric train layout, which I visited every year and watched for hours dreaming of my own layout I would some day build.

The 16DA was noticed by RSME member Nick Popich, who on closer examination decided this was exactly what he would like to build. To cut a long story short Nick started in 1978, being a "master craftsman", no short cuts were allowed or taken, every bolt and rivet that was on the real engine, his would have as well.

The cylinders were fabricated from bras, representing the full-size in every detail, the bore's for cylinders and valve liners were hard chromed internally, wheel patterns were made and steel wheel centre's cast, these are fitted with shrink on steel tyres as per original with all casting numbers etc reproduced. So the list goes on, I could write a series of books on the detailed construction of individual components. The tender has all of the internal baffling and more than 3500 rivets applied. It was run for the first time in 2001; successfully of course, it appears from time to time on the track and is admired by one and all even those that know nothing about steam engines can not take their eye's of it.

My congratulations to Nick & Sally, his dear wife, and I think many will echo my view, on the building of this outstanding SAR locomotive, well done Nick. My pictures do not really do justice to the engine, you must see it for real, I sincerely hope you get the opportunity. 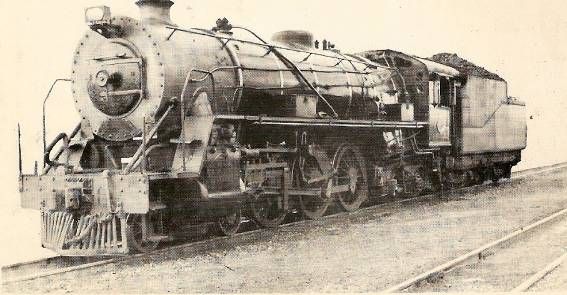 Were it all started 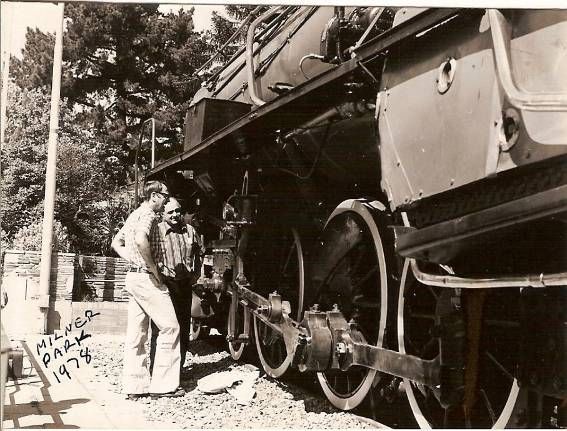 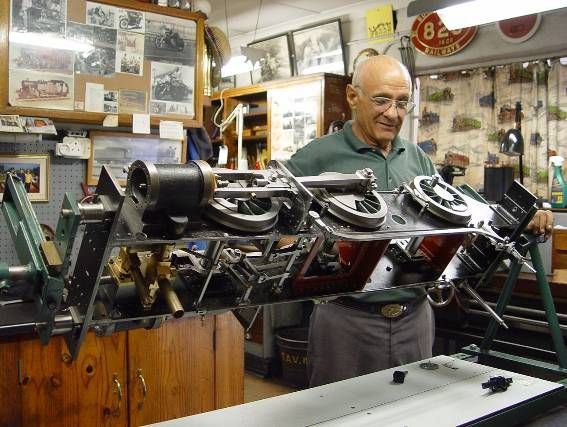 Nick in his workshop 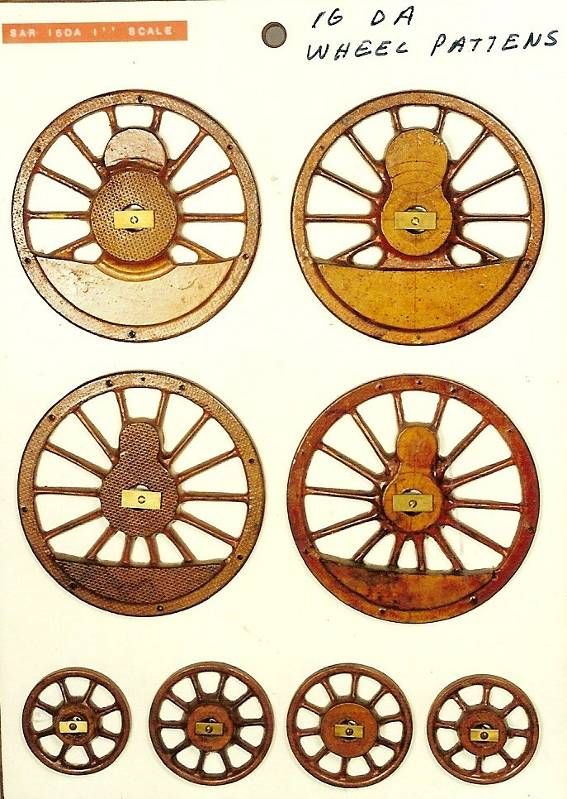 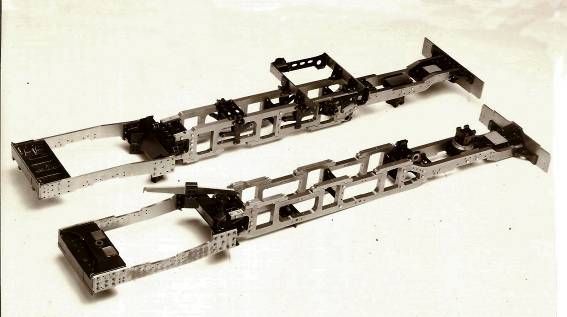 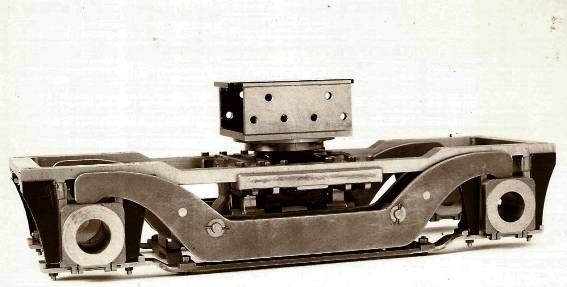 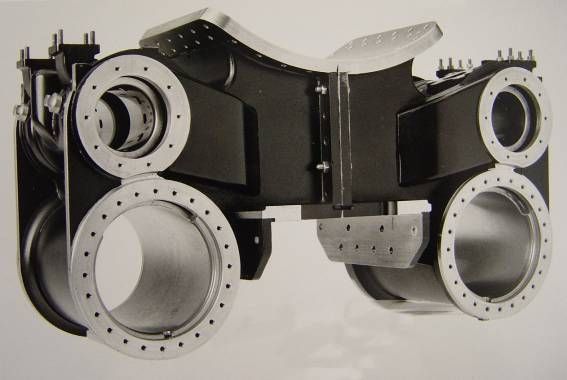 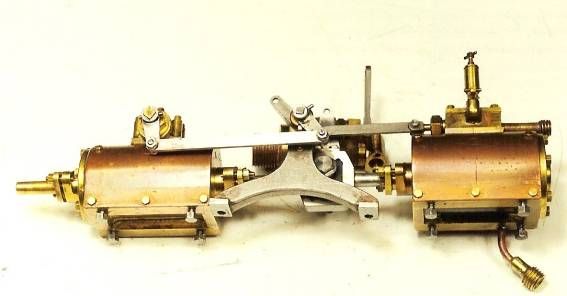 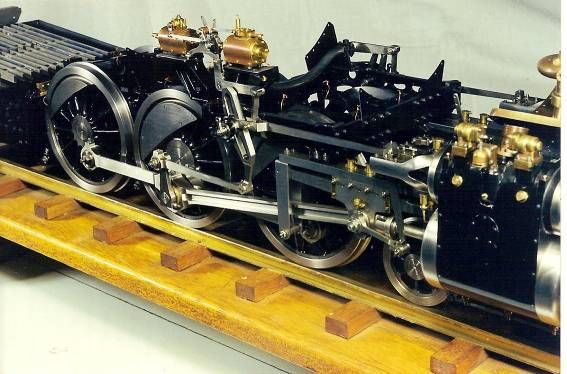 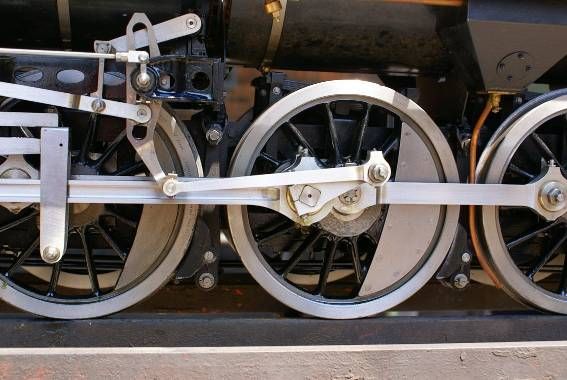 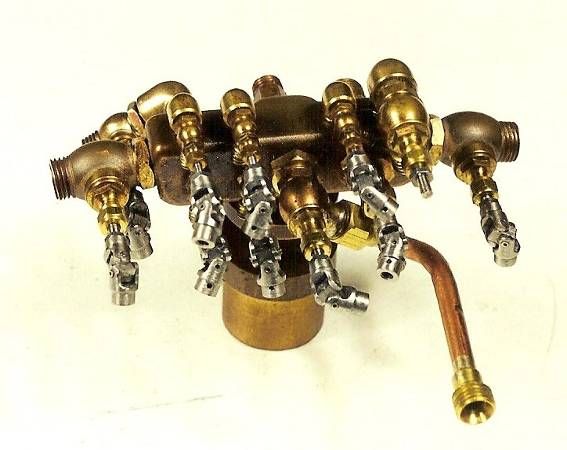 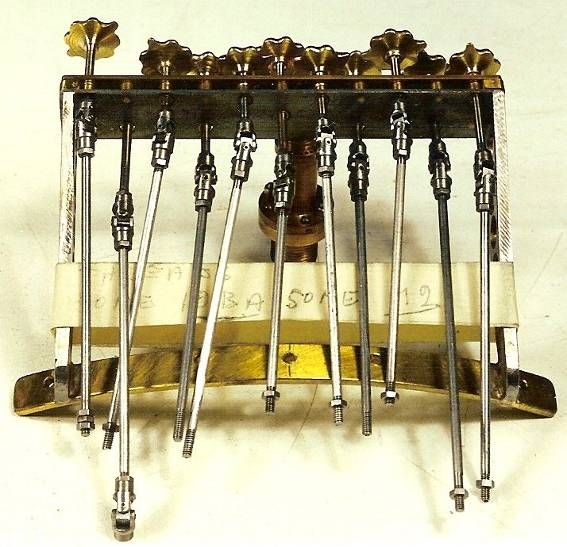 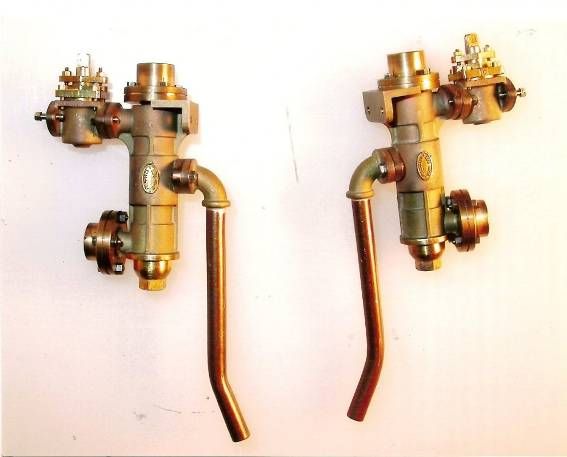 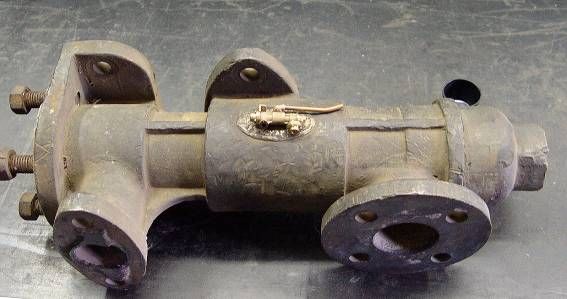 Full-size Injector and Nick's on top 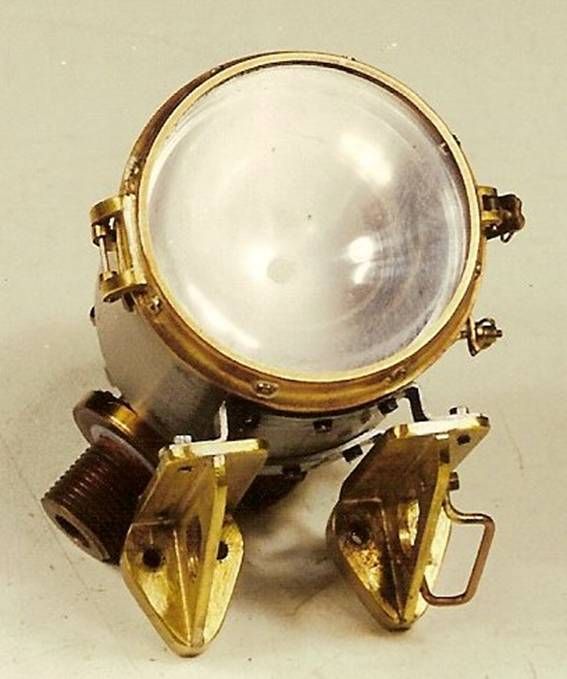 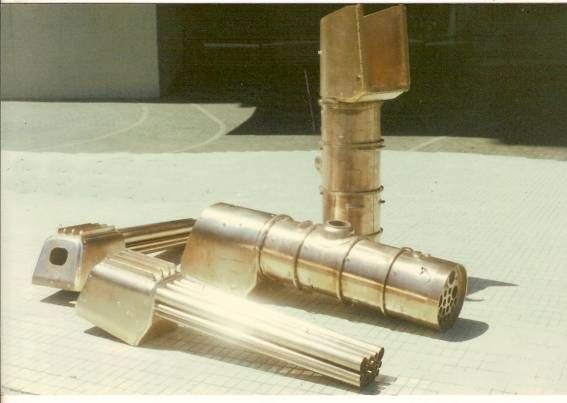 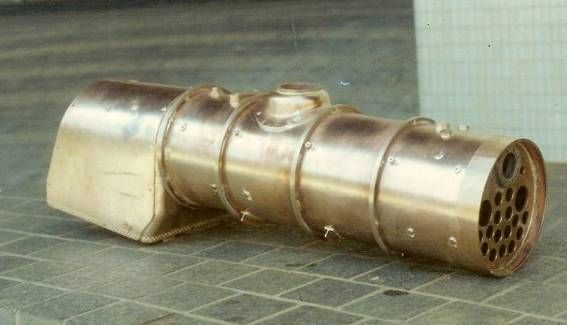 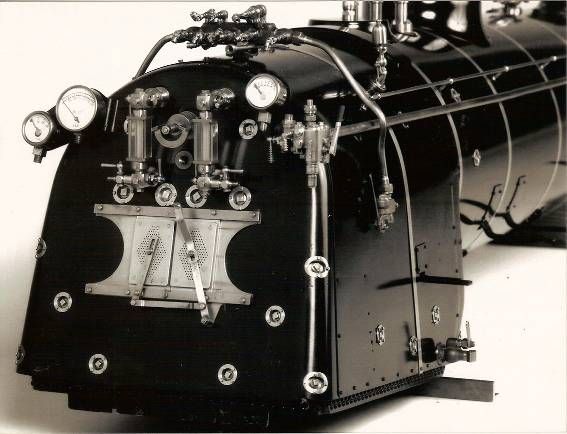 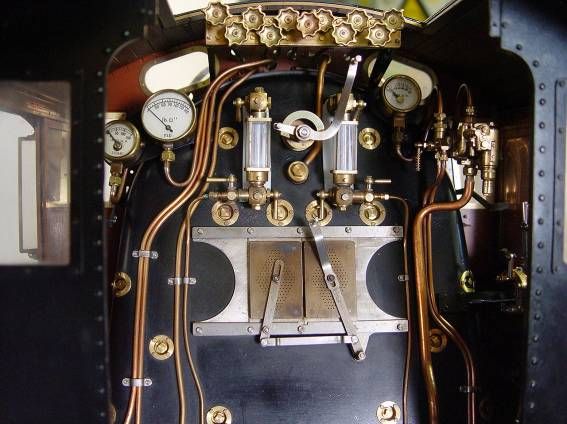 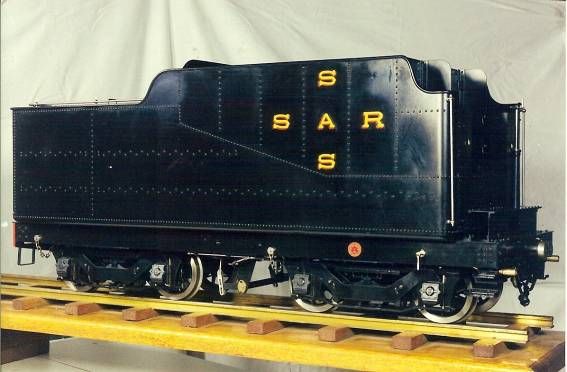 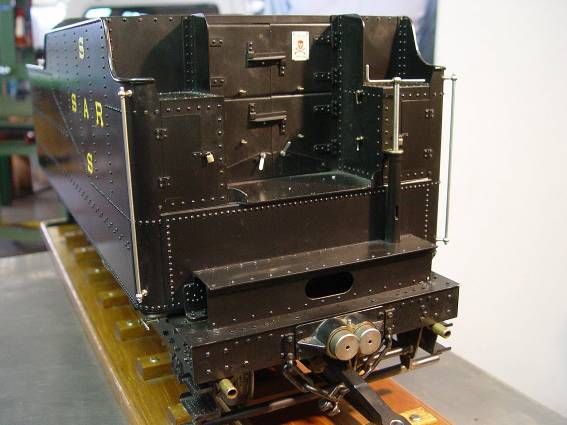 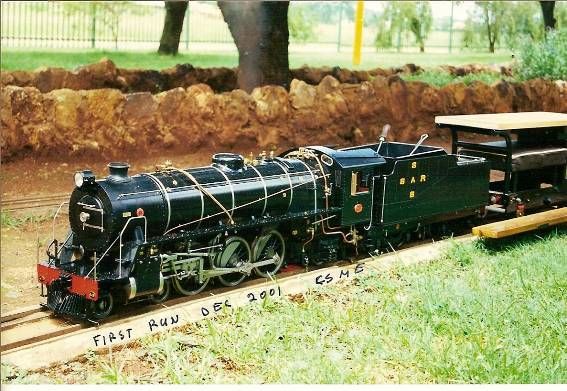 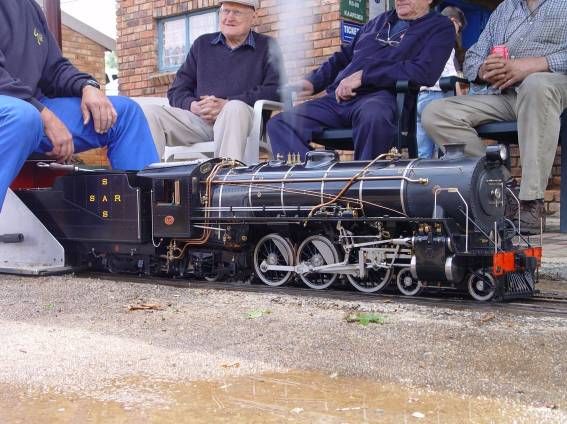 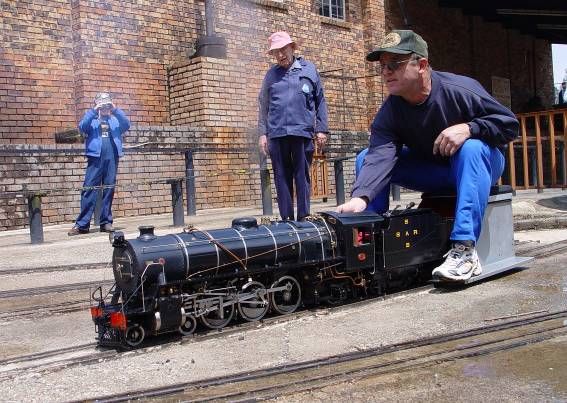 Nick's son, Rocco at the controls 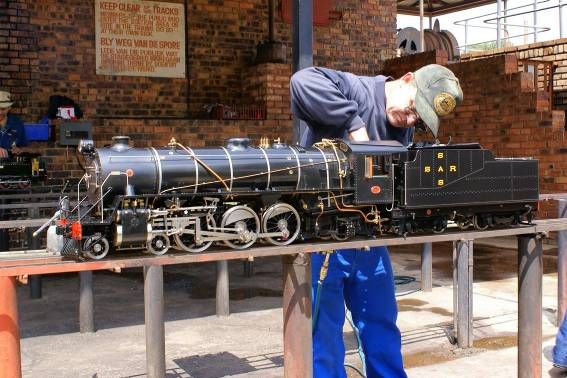 Nick in the steaming bays