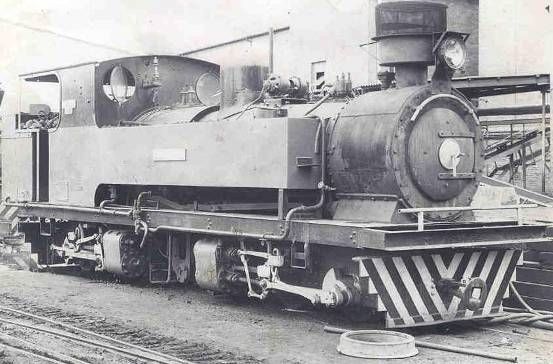 I always wanted to build a GEA Garratt in 5" gauge but after seeing 2-foot gauge locomotives running on 7.25" inch gauge, I realised this was the answer to building chunky compact locomotives and more fun to drive. I then decided the GEA was a lot of work and two small in 5" gauge the 7.25" gauge being to big for practicality.

I was looking for a loco to build a model of and thought about a Lawley after seeing it at the Rand Society of Model Engineers. I was looking for pictures and stumbled across the Bagnal Meyer pictures at Sezela Mill. I knew the loco but had forgotten about her, I did not know how I did that! I instantly decided that is the locomotive to build as I always loved Garratts and this is also on a articulated principle as well, being a Meyer.

The next problem was to acquire drawings. A friend of mine, Hannes Paling started to build the locomotive in 5 inch gauge the problem there was not enough drawing to do a accurate model of the loco from them as there would have to be a lot of guessing work. I did not like that, for going to all the trouble to make a loco and not being quite right!

I started to do research to find where all the Bagnall drawings resided, I struck many brick walls and I followed up on any lead I could and after a year and a half of searching the Internet I found a lead that said he knew where the drawing were. I had to write a letter to the person upon reply I found I had struck gold at last. I then got drawing numbers and descriptions. Most drawings where available but very expensive to print. I would only know what drawings were missing after ordering them due to manpower constraints. After some more research on the Internet I found someone to scan that size at reasonable cost.

I got most of the drawing on the CD with some missing and have tried to construct parts from them with other data that is on there from other parts on the drawings.

I started to draw them out in Solid Works but had problems with some parts, as I was a new user to this software. If I had any problems I would go on to new parts and come back to the other ones at a later stage only to find that I could be done more easily. In doing these 3D models I have become somewhat of a Bagnall Meyer expert from studying all the different drawings from the different models over the years.

The locomotive is drawn out in full size so I could see if they're where problems with mating parts as some of the drawing where not that good from being ruined from water damage but better than nothing at all.

I am still busy on her at this stage and it has been a great learning curve to use this software, as there has been so much verity in the different part to draw what I have been doing, was done by a whole team of draughts persons. The mass of the locomotive at this stage in the 3D model is 18 279.97 Kg the finished loco is approx 24 tons.

I have also started to resave the parts, scaled for 7.25"gge and metricated.

Once the drawings are complete I shall start to build the model using modern manufacturing methods. To be able to reduce the errors before the errors occur. In using the 3D model for laser cutting, water jet cutting and also to get the G code for CNC machining of the parts to build a locomotive to high quality.

I hope that someone in the area after seeing all this 3D jpeg can measure up the parts that are missing from the drawing for me I can supply PDFs of the drawing I have made up of the missing parts, they just need to be checked, as there was some guessing work to do, also photos of certain parts of the locomotive would help immensely.

Some general views of the locomotive on Solid Works: 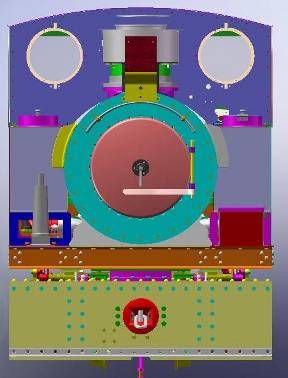 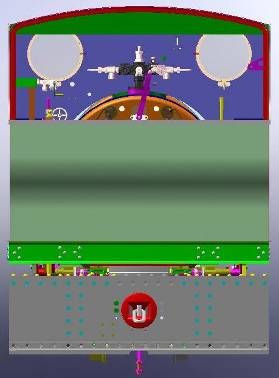 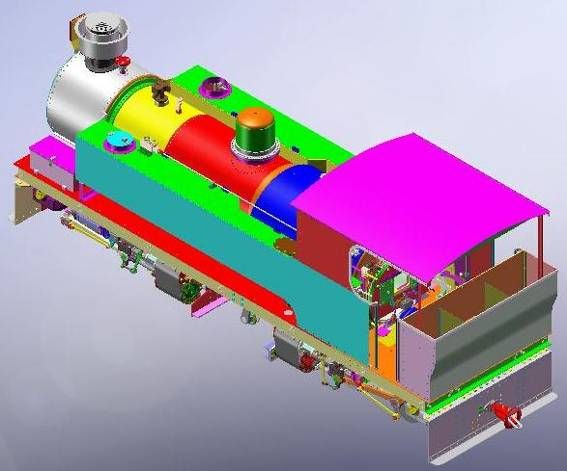 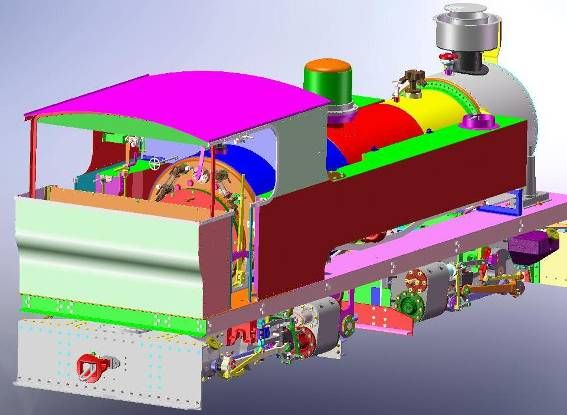 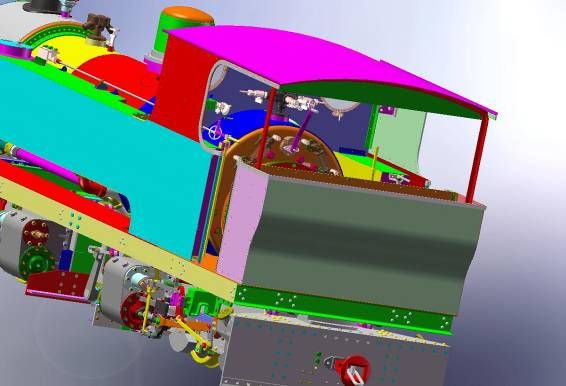 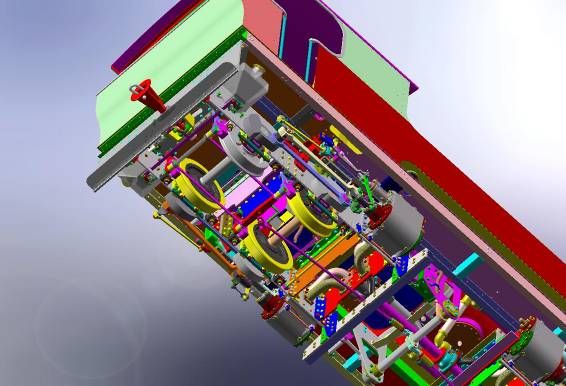 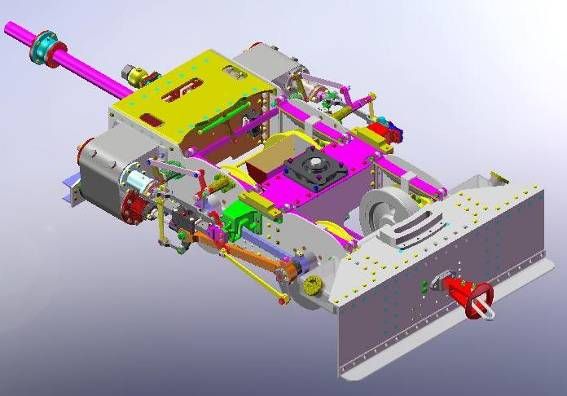 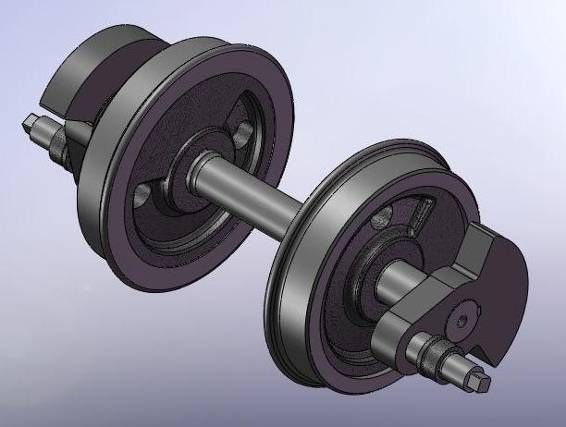 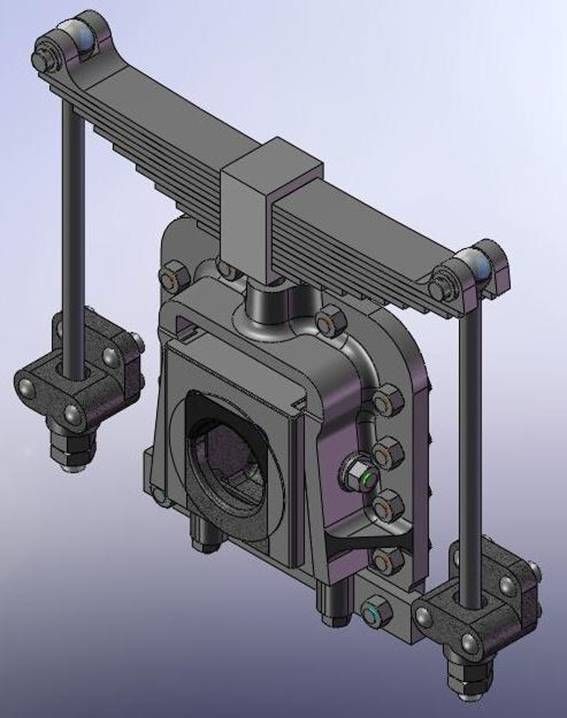 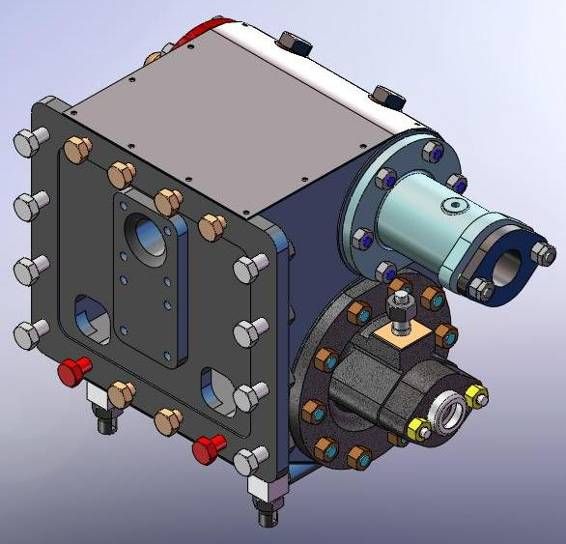 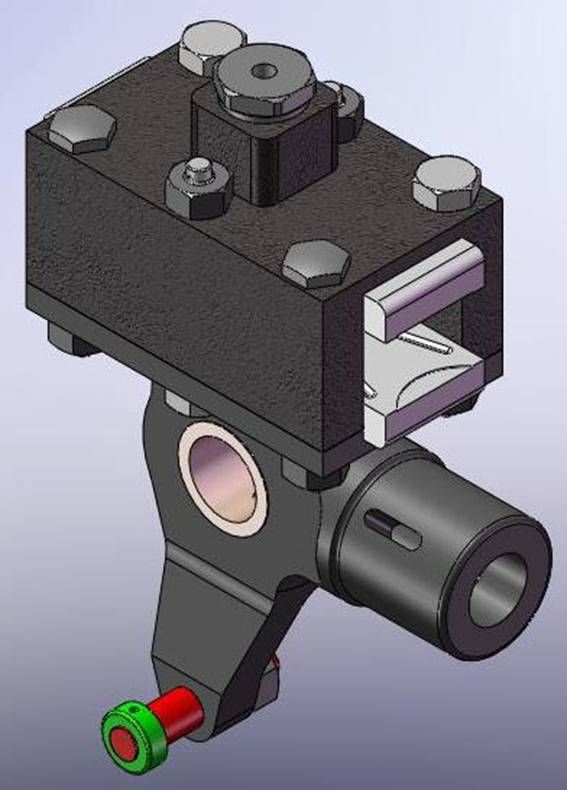 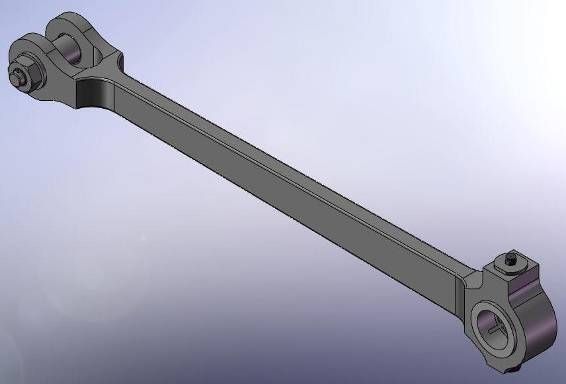 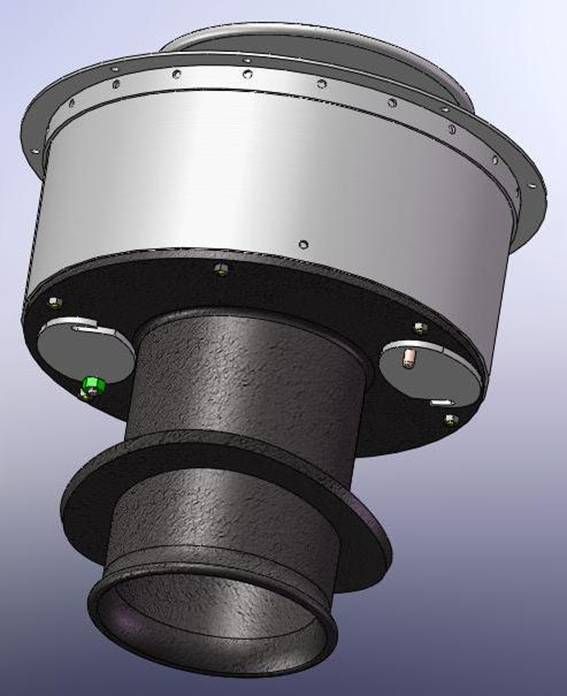 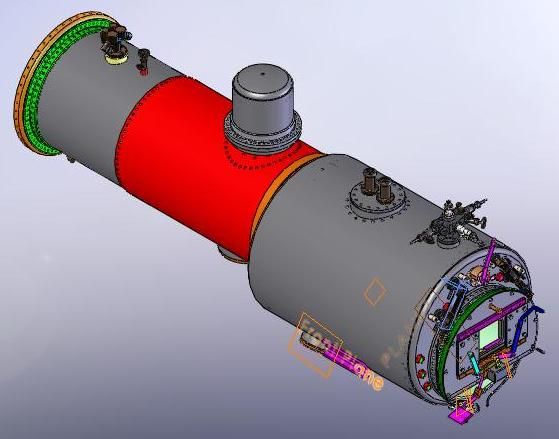 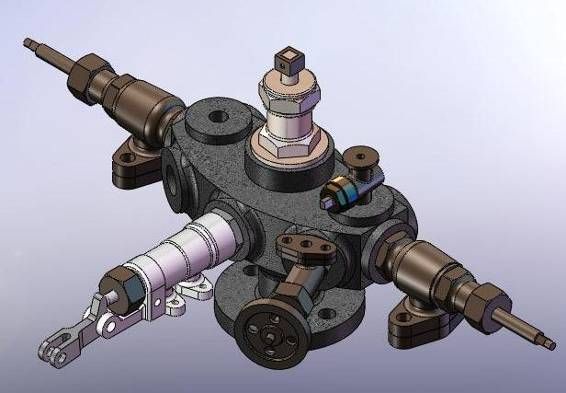 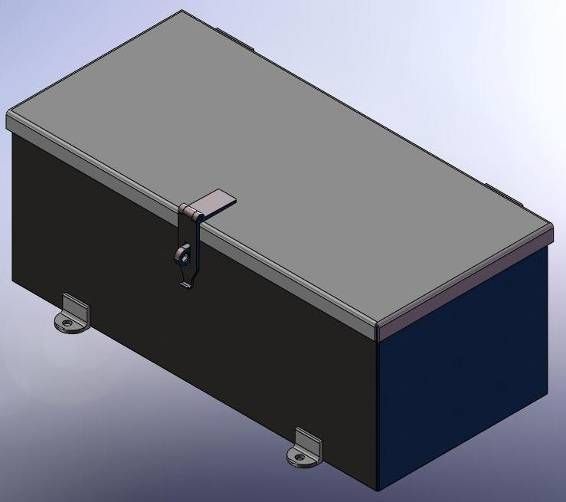 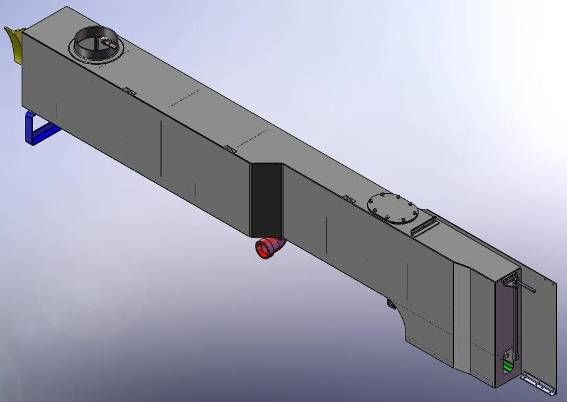 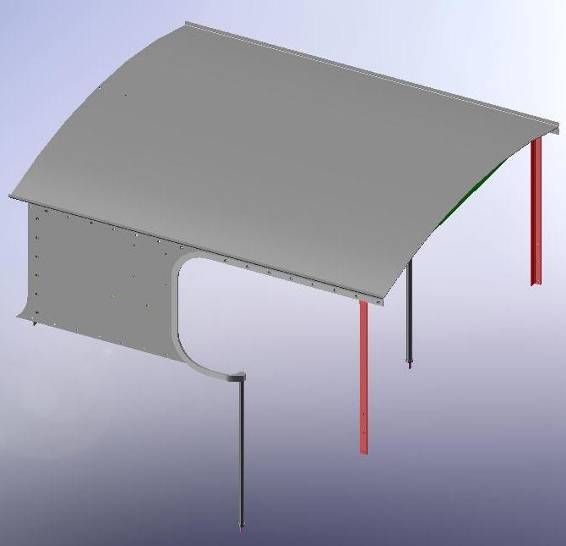 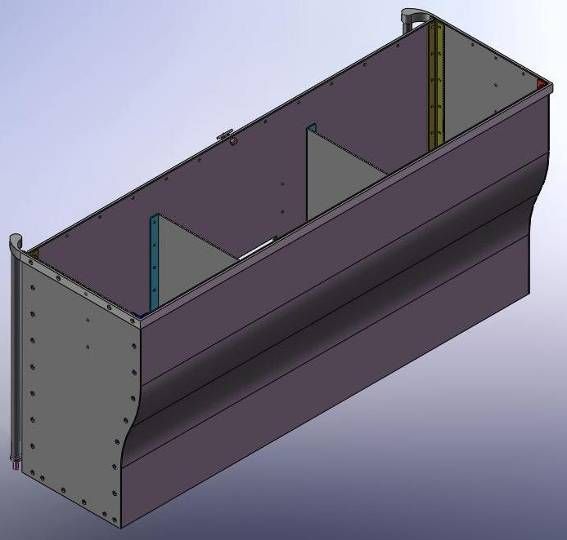