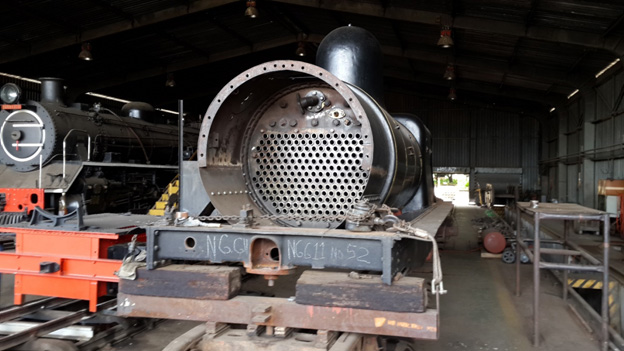 The completed boiler of No. 52 showing the new tube plate and tubes

The narrow gauge class NGG11 locomotives were the first Garratt type locomotives ordered for the SAR in 1914 but the first three examples (NG51-NG53) were not delivered until 1919. Sandstone’s example was withdrawn in 1961 from Port Elizabeth and sold to Rustenberg Platinum Mines. In 1970 it was privately preserved at the Jukskei Park Motor Museum in the north of Johannesburg. After a move to the SANRASM preservation project near Krugersdorp it was acquired by Sandstone when SANRASM was disbanded.

Having been moved many times during its life and having been out of use since the late 60s, No. 52 was in poor condition on its arrival at Sandstone’s facility in Bloemfontein. Devoid of fittings and with motion and pivot damage the restoration of the loco has been quite a struggle for Lukas Nel and his team. 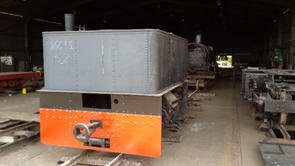 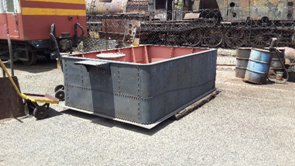 Recently, the work on the refurbished water tank and coal bunker has been completed. The boiler has been retubed and repaired where necessary but the lack of boiler mountings is proving a problem. Nevertheless, the boiler will be hydraulically tested in the near future.

No. 52 is one of the early batch of NGG11 locos with slide valves and a major problem is the lack of available drawings for this type. Drawings exist for the later two piston valve engines but the configuration of piping and boiler mountings is very different. For this reason Lukas will have to make up his own drawings and partially redesign some of these items.

This same lack of drawings is causing problems with the motion of the engine units, where most of the valve motion and some of the rods are missing. Without the drawings, this is like a jigsaw puzzle with many missing pieces! However, Lukas is confident that he will be able to unravel the mystery. 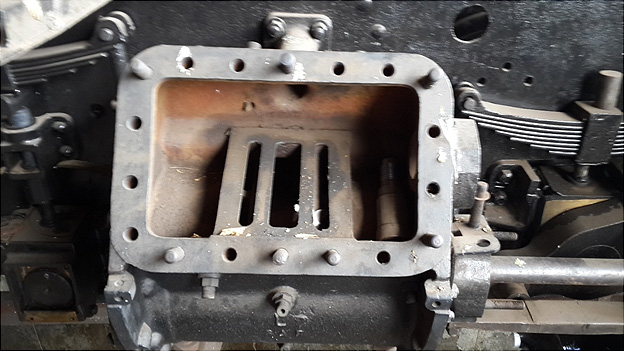 The slide valve steam chest of No. 52

Repairs are also required to the boiler cradle and cab cradle that are badly bent from a lot of moving of the loco over the years.

At present there is no definite completion date but the loco is not expected in service before 2016. As South Africa’s oldest surviving Garratt, it will be worth waiting for.