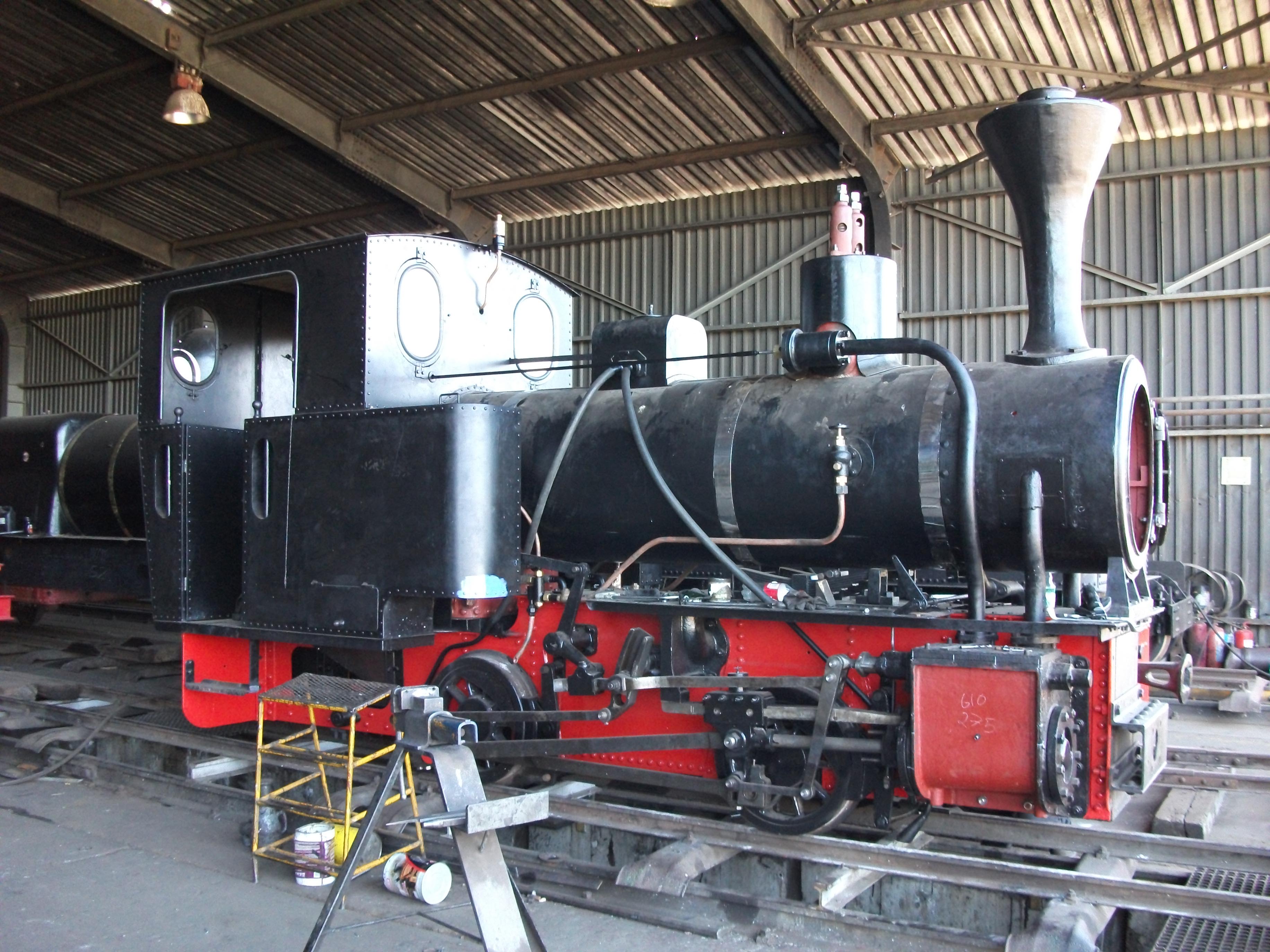 Work continues apace at Sandstone’s Bloemfontein facility with Lukas Nel and his team hard at work on three concurrent loco restorations as the pictures below show.

O&K No. 12691 now resembles a loco with the cab and side tanks fitted. Work will now proceed to complete the loco for next year’s Stars of Sandstone event. A comprehensive history of the locomotive can be found on the Sandstone site.

Sister O&K loco No. 11112 was originally delivered in September 1925 to the Companhia Do Assucar De Angola for their estate in Caixito – it was of 500mm gauge and of the 30hp type. It is believed to be their No. 5 and was last reported in service in 1969. 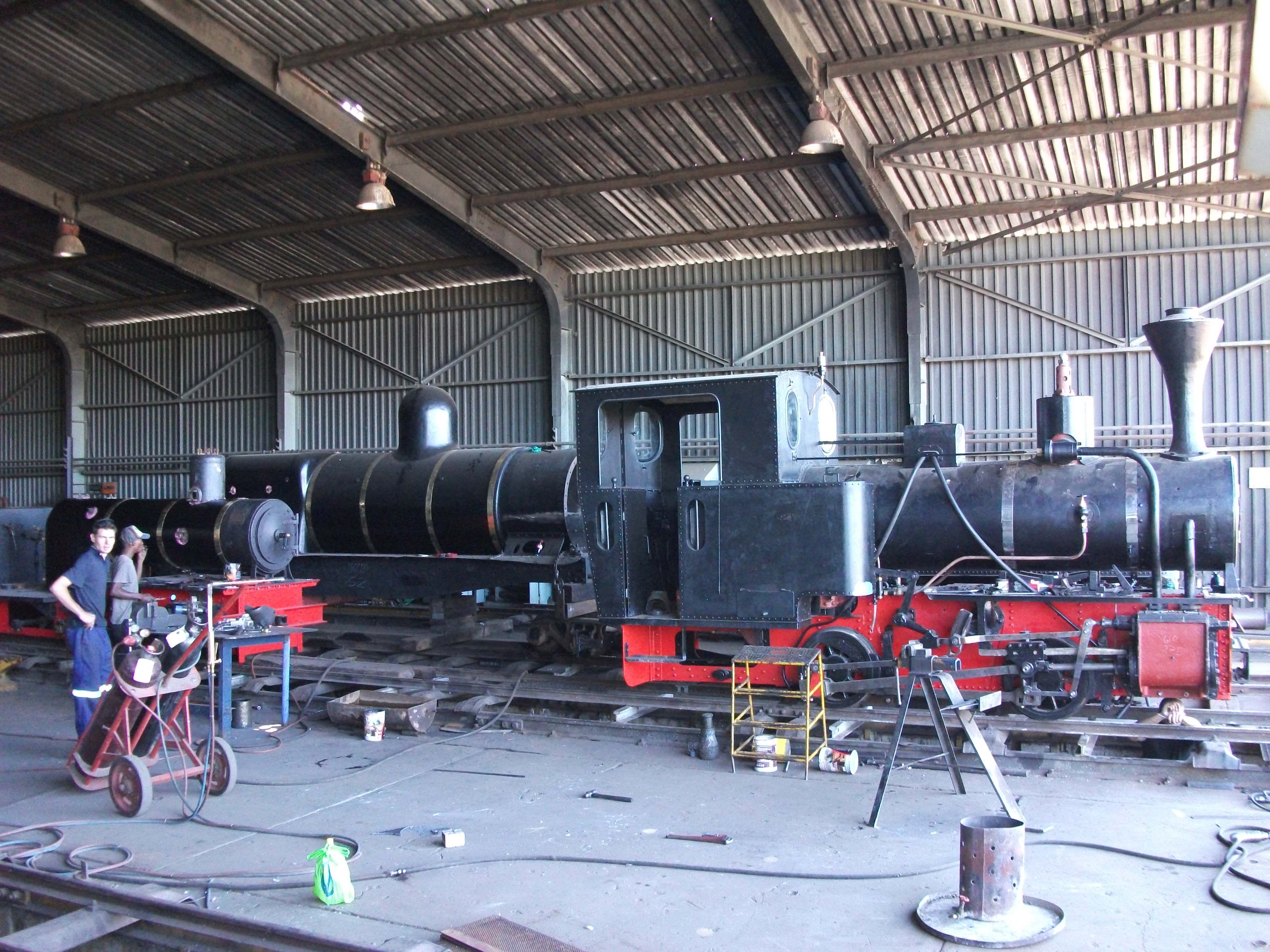 As with its sisters the locomotive was in a very poor state and was not considered restorable but times change!

Initial work has been completed on the boiler at Stevens Mechanical in Howick, Kwa Zulu Natal, the boiler having been stripped completely for a total rebuild.

For a locomotive thought to be beyond repair great progress has been made. 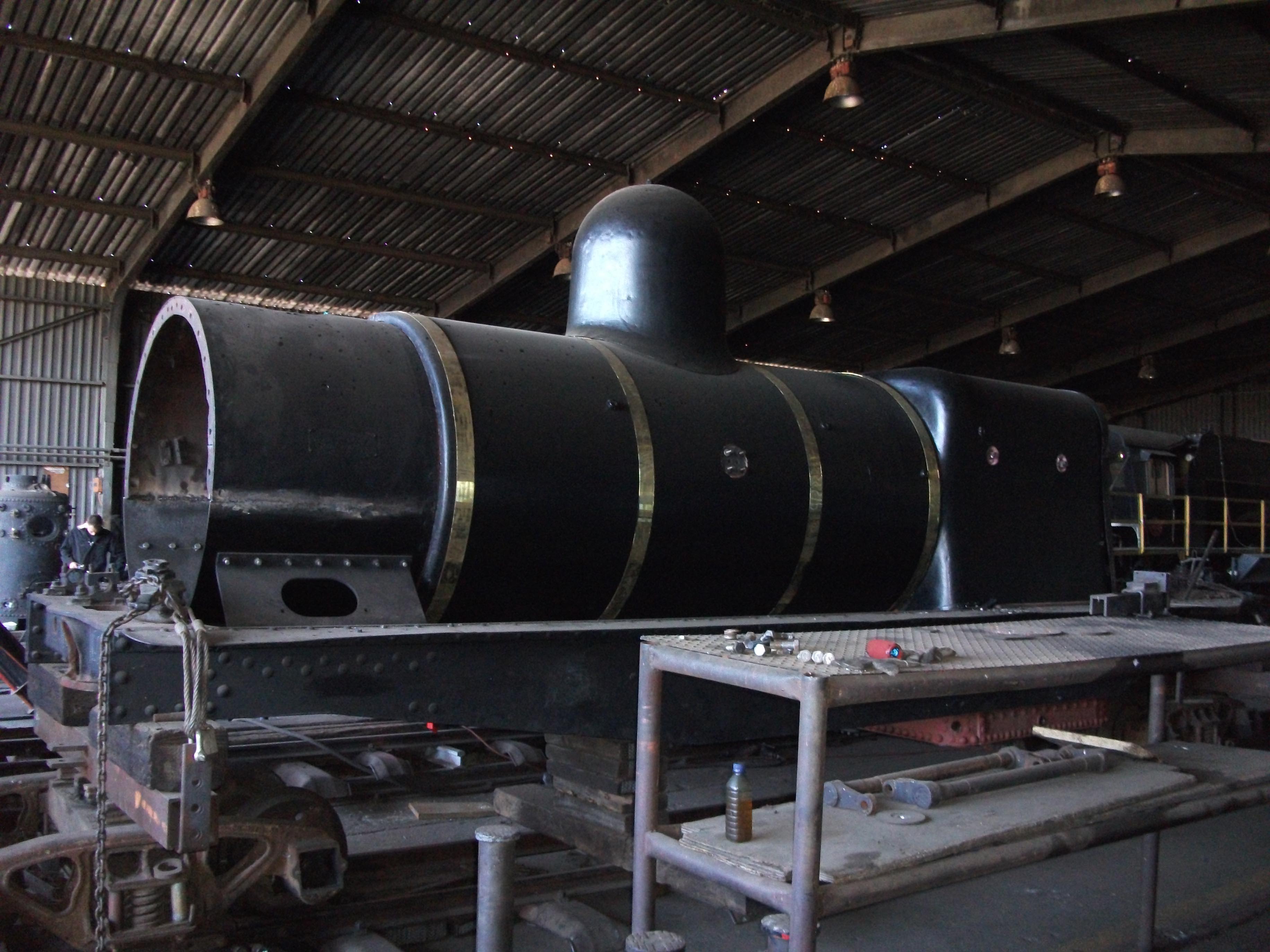 In Bloemfontein Lukas Nel has been busy on the restoration of the chassis of this 500mm gauge locomotive. The cylinders were removed from the frames for re-boring and the loco has been re-gauged to 600mm. New plating has been fabricated for the cab and side tanks and the boiler remounted on the frames.

NGG11 No. 52 Class NG 11 locomotive was the first Beyer Garratt type locomotive ordered for South African Railways (SAR) and the largest locomotive on 2ft gauge in South Africa at the time. The order for the first three of the NG 11 class was placed in 1914 but the intervention of The Great War delayed their arrival in kit form until 1919. Numbers NG 51, 52 and 53 were erected at the SAR workshops in Uitenhage near Port Elizabeth in the Eastern Cape Province. NG 51 was put into service on the Port Elizabeth-Avontuur line, while 52 and 53 were sent to Kwa Zulu Natal. Two further examples (NG 54 and NG 55) were ordered and delivered in 1925. Both survive in preservation. Eventually all the NG 11 class were put into service in Kwa Zulu Natal Province. 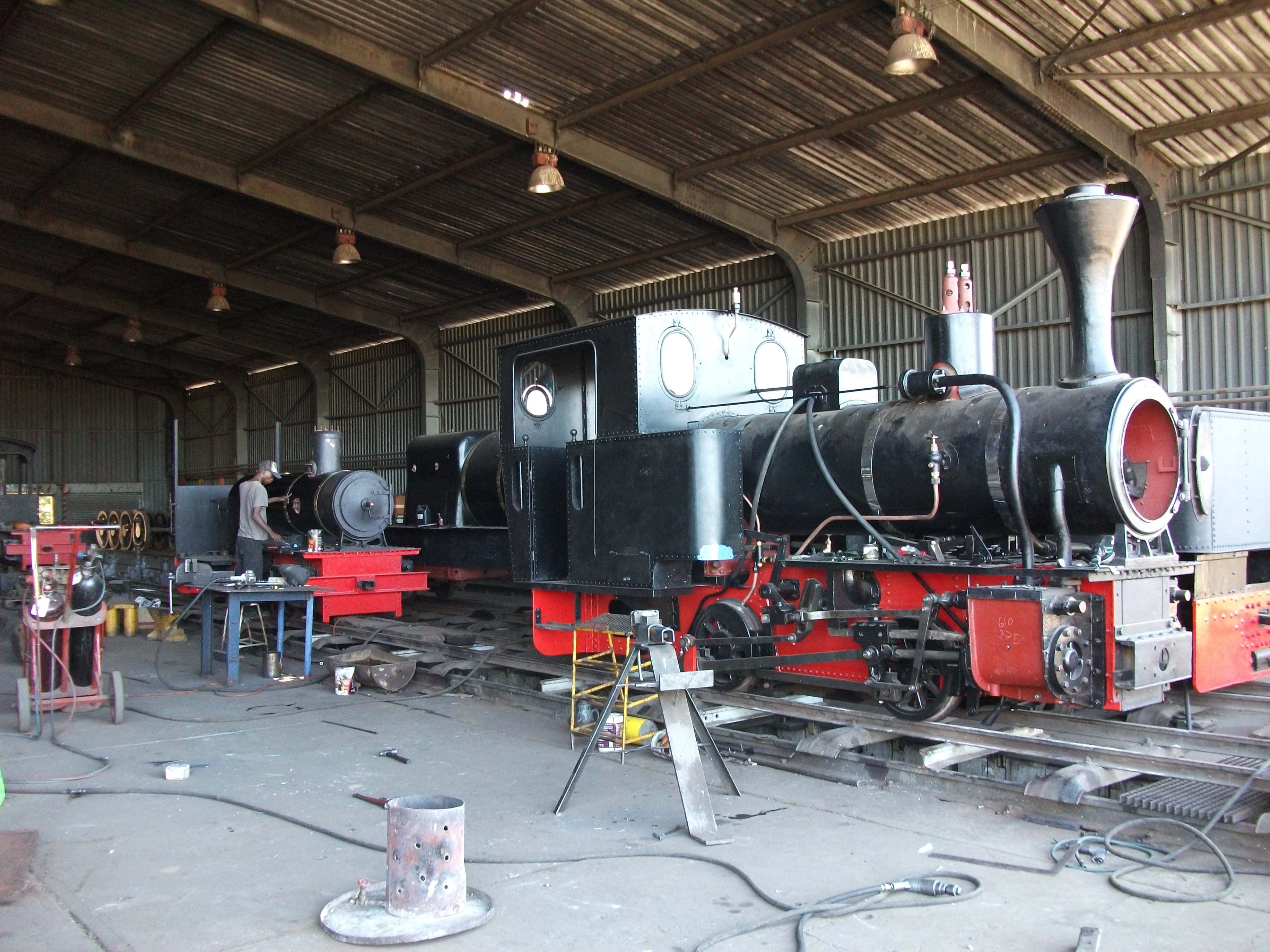 NG 52 returned with its sister, NG 53, to Port Elizabeth in 1945 and both were withdrawn from service in 1962. NG 53 together with NG 51 were subsequently scrapped but NG 52 was sold to Rustenburg Platinum Mines where it became their No. 7. In 1970 it was privately preserved at the Jukskei Park Motor Museum in the north of Johannesburg. After a move to an ill fated preservation project near Krugersdorp it was acquired by Sandstone. It is subject to a long term restoration at Bloemfontein but is moving along. It is hoped we will have the loco completed by the end of 2015.

As the oldest and only surviving example of the first Beyer Garratts ever operated in South Africa, number NG 52 has huge historical significance and was the forerunner of many locomotives operated by the SAR for the next 60 years. 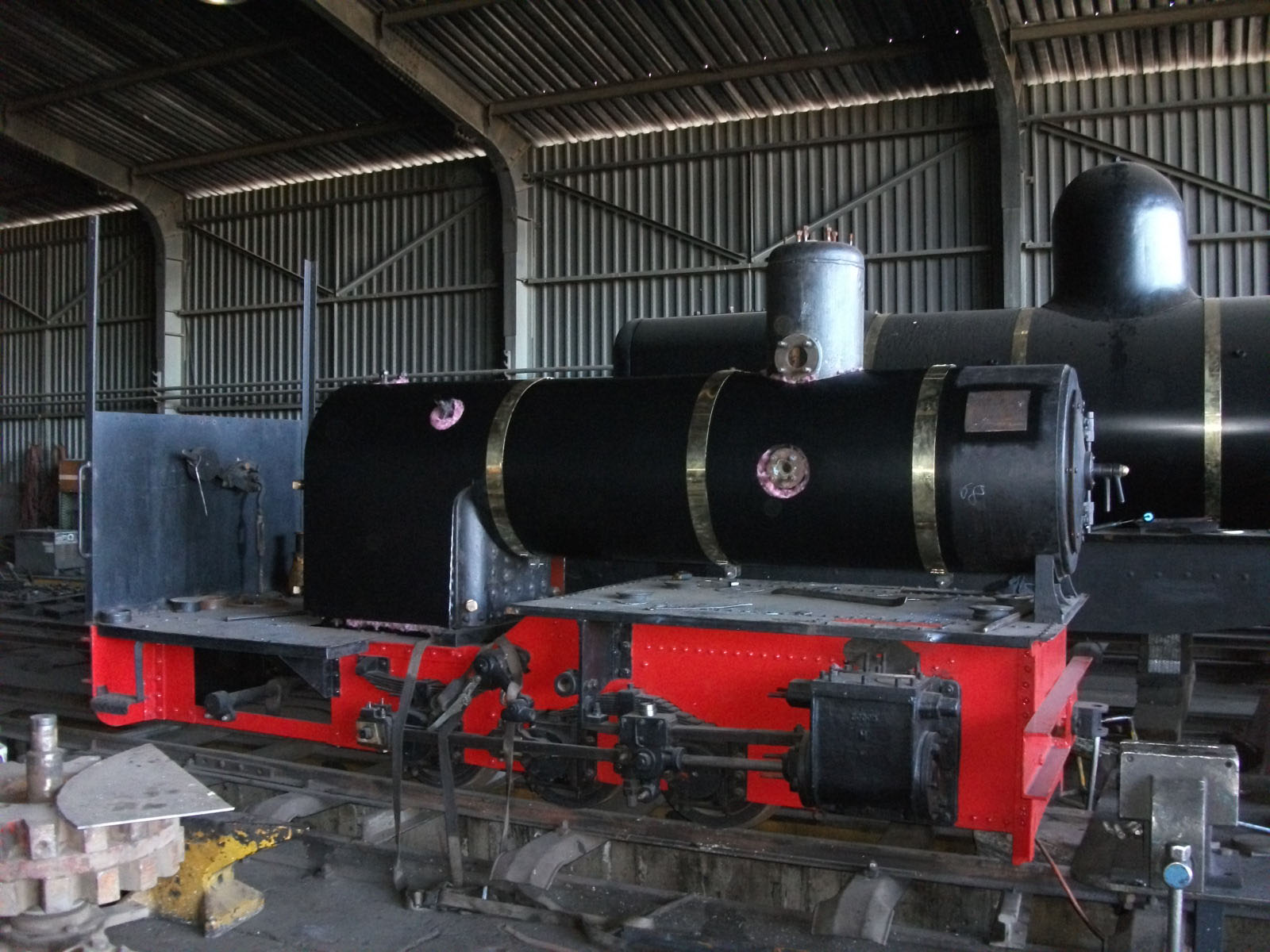