Bloemfontein depot is an integral part of the Sandstone loco restoration programme today under the direction of Lukas Nel, here's how this magnificent depot was in days gone by in 1933. ..

Bloemfontein is the largest engine depot of the Orange Free State, and prior to the provision of the new facilities, was served by an old round-house type of engine shed erected a considerable number of years ago, when only about 25 engines were stationed at this centre. With the development of agriculture in the Free State and the resultant increase in traffic, the accommodation for locomotives at Bloemfontein rapidly became inadequate and, with the greatly increased number of engines and limited amount of space, efficient working was extremely difficult. The provision of a new locomotive layout was therefore an absolute necessity, and accordingly in 1931 a commencement was made with the construction of a most modern yard on a site to the south of the old loco yard.

From a railway point of view the site is an ideal one, being regular in contour and sloping sufficiently to allow for adequate drainage. The entrance to the depot fans out with double tracks to provide easy access to the goods and passenger areas.

The yard as at present constructed is capable of handling 100 engines, which is approximately the number of locomotives stationed at the depot, but the possibility of expansion to meet any future requirements has not been overlooked, and the layout has been so planned that should extension be necessary it will be a simple and inexpensive matter to arrange. A new feature has been incorporated in the design of the engine shed, where instead of an expensive steel shed, covering the whole of the pits, umbrella roofs, constructed mainly of old rails and covered with an incorrodible roof covering, have been erected. A very substantial amount of money has been
saved by the introduction of this innovation. A large advantage gained by this arrangement is that ample ventilation and light is provided. The atmosphere in an engine shed is highly corrosive, and it is difficult to clear the shed of the undesirable fumes given out by the engines. The open type of roof allows the smoke and gasses easy escape, and thus helps to preserve the steelwork from corrosion.

It is not possible, however, to have the complete engine shed built to this design, as it is imperative that heavy repair work should be conducted under cover. Two of the examination pits are therefore completely covered in. These two pits are adjacent to the workshop, which is 315ft long and houses the various activities incidental to a large locomotive depot. Coaling facilities are provided in the form of a 1200-ton steel bunker, provision being made for coaling both tank and tender engines. There are 30 chutes at 12 ft centres for coaling tender engines and two for tank engines.
The chutes, which are hand operated, are adjustable to suit any tender, and all shovelling is consequently avoided. Engines are able to coal on both sides of the bunker, which is of the latest design, being 192ft in length and 33ft 6 ins in height, trucks of coal will be propelled up a ramp 432 ft long, with a grade of 1 in 25, the structure being strong enough to carry large engines up to 15th and 16th class. The buffer stop at the end of the bins is specially designed for heavy impacts with a rubber spring and is capable of resisting an impact of 90 tons.

The ash pits are of a type introduced by Mr, GE Titren, which have proved very successful at Greyville. The ashes are deposited into a pit, quenched by water, and then removed by a mechanical grab. Eight drop pits are situated within easy access of the workshop. The layout is one which may be described as ideal from a working point of view. Each operation is performed in its proper sequence, with no interference by other traffic. Engines enter the depot, coal, turn on the triangle, drop their fires and proceed into the shed. When they come out they are facing in the right direction and may steam straight to work.

One of the most noteworthy features of the equipment of the layout is the water reclamation plant which it is considered, will be the means of saving the Administration a large amount of money in respect of water rates. All the water used for washout purposes, which in former days ran to waste, will be conserved and purified and subsequently re-used. The process of recovering the water is not very expensive, the chief outlay being on the cost of the plant. The waste water is led into reception chambers, where all floating oil is skimmed off, and from there passes over filter beds in which are placed course clinker, fine clinker and lastly, gravel. The flow of water over these beds is slow, and care is taken to distribute it sufficiently to prevent channels being formed. After passing through the filters, it is considered, the water will be clean enough for re-use, but it is possible that a special oil eliminator will have to be introduced. Experience at Greyville has proved that the water reclamation plant there has been the means of saving a considerable amount of money, and it is confidently anticipated that the plant at Bloemfontein will be equally as successful.

The loco staff have been provided with spacious offices, and suitable stores accommodation has been built for spares, etc., for engines. Trainmen and the loco staff will appreciate the comfort of well-fitted ablution rooms where they can enjoy the pleasure of a hot or cold shower after a hard day's work. The work of transferring the engines and equipment from their old home to their new quarters was accomplished with remarkable celerity, and the short time taken in removing 95 engines of different classes (six hours) is regarded as a record. Excellent organisation resulted in the work being done without a hitch, under the direction of the Locomotive Superintendent and
Locomotive Foreman. At 10am on Saturday, 15th April, the dismantling of the machine shop was commenced, but the actual removal of the 95 locomotives and other equipment was only started at 5am next day, and by 11am the last of the engines had been run into its correct position in the new layout. The foundations for the plant from the old machine shop had previously been prepared at the new site, and by the evening most of the machinery was running. 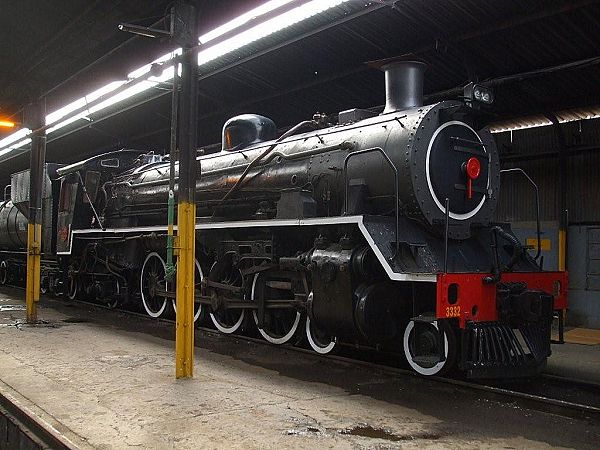 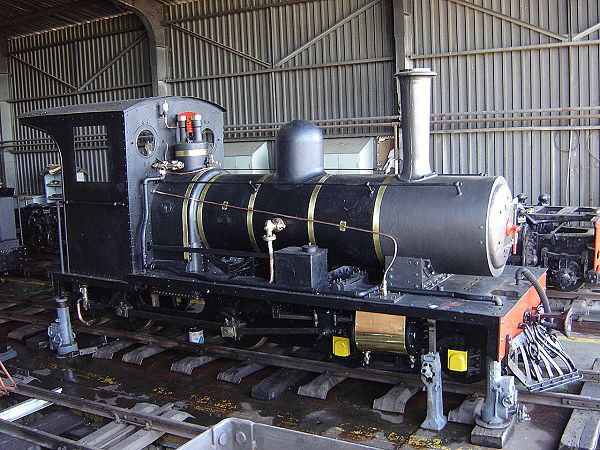