We could not resist another shot by Dennis Moore from Loraine Gold Mine near Welkom. This is locomotive 2734 hauling twenty hoppers at the mine from a location called “The Hole” where the usual load was 10 hoppers.

To quote Dennis “Never have I seen a loco abused so much. Every rivet was straining; it made it, crawling past at about 2 mph. Some tremendous wheel slips; no wonder all their tyres were shot. When asked why he dragged twenty out instead of doing two hauls of ten wagons each, the Driver just laughed and said "it was more fun that way!"

2734 was eventually purchased by Sandstone but scrapped some years ago as  “unrepairable” after all usable components were stripped from the loco. We can probably see why it was in such poor condition from the picture! Sadly mine locomotives suffered daily abuse which is probably why so few are ever restored to working order.

2734 has an interesting history though, in that the original 2734 was built in 1946 as works number 7247 by Robert Stephenson & Hawthorn but was lost at sea in the Thames Estuary during delivery. Number 2734 was a replacement for this engine but was built two years later in 1948 as works number 7360 and so was out of sequence with its sisters. It spent some of its life at Bloemfontein and then Klerksdorp from where it was withdrawn from service in 1989 and sold to Loraine. 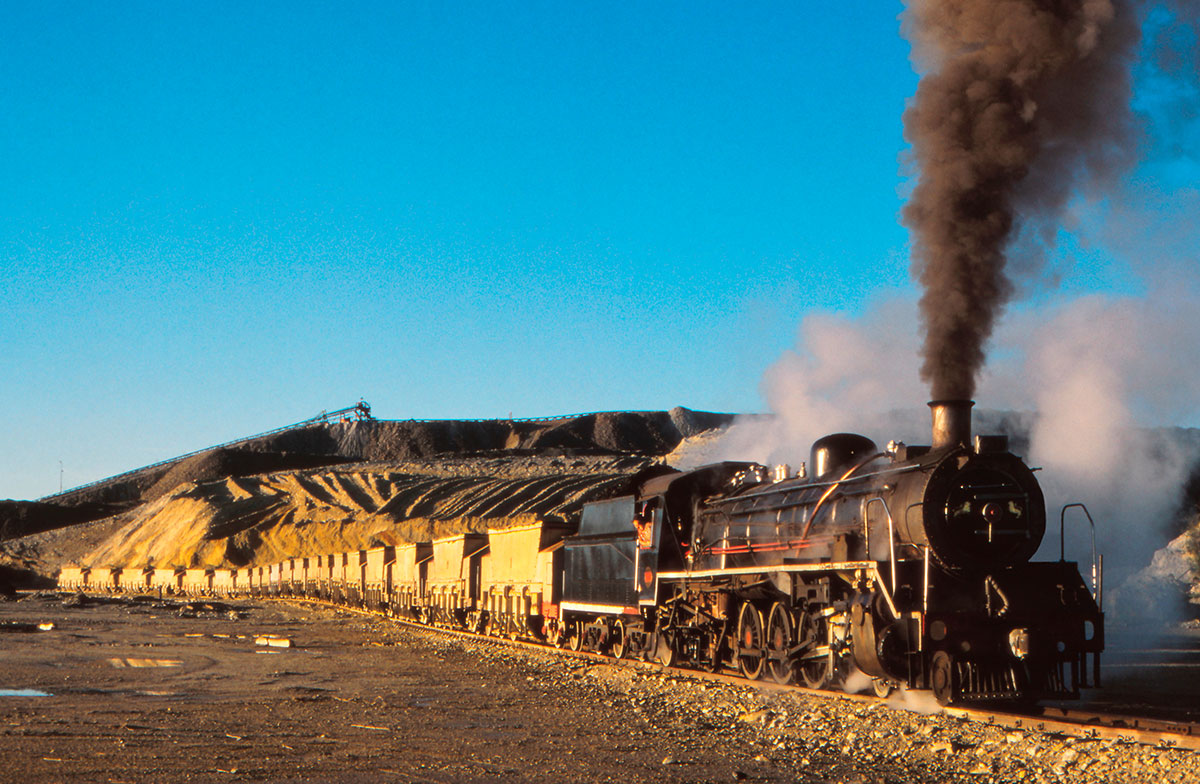