Sandstone’s David Shepherd celebrity 15F, 3052, has been moved from the Friends of the Rail base at Hermanstad to Reefsteamers (RS) in Germiston. This follows its derailment on the Cullinan branch in March. The loco was towed dead with its rods off. The loco will be inspected for any damage at RS although an initial inspection seems to indicate minimal issues.

RS’s 15F 3046 was used for the movement with Driver Peter Odell and Fireman Clive Holliday on the outward journey. On the return trip Shaun Ackerman took over 3046 with Peter Odell as fireman. The train left RS at 09h35 on the 19th May arriving at Hermanstad at 12h57. Departure from Hermanstad was at 14h41 and arrival in Germiston at 17h39. The train was restricted to 30kph to Pretoria as 3046 ran tender first and to the same speed on its return due to a dead engine in the load as per the Transnet regulations.

Our pictures from Peter Odell show the train being marshalled at Hermanstad and ready for departure and the train approaching Pretoria Station on the return to Germiston with the inspection stop at Pinedene. 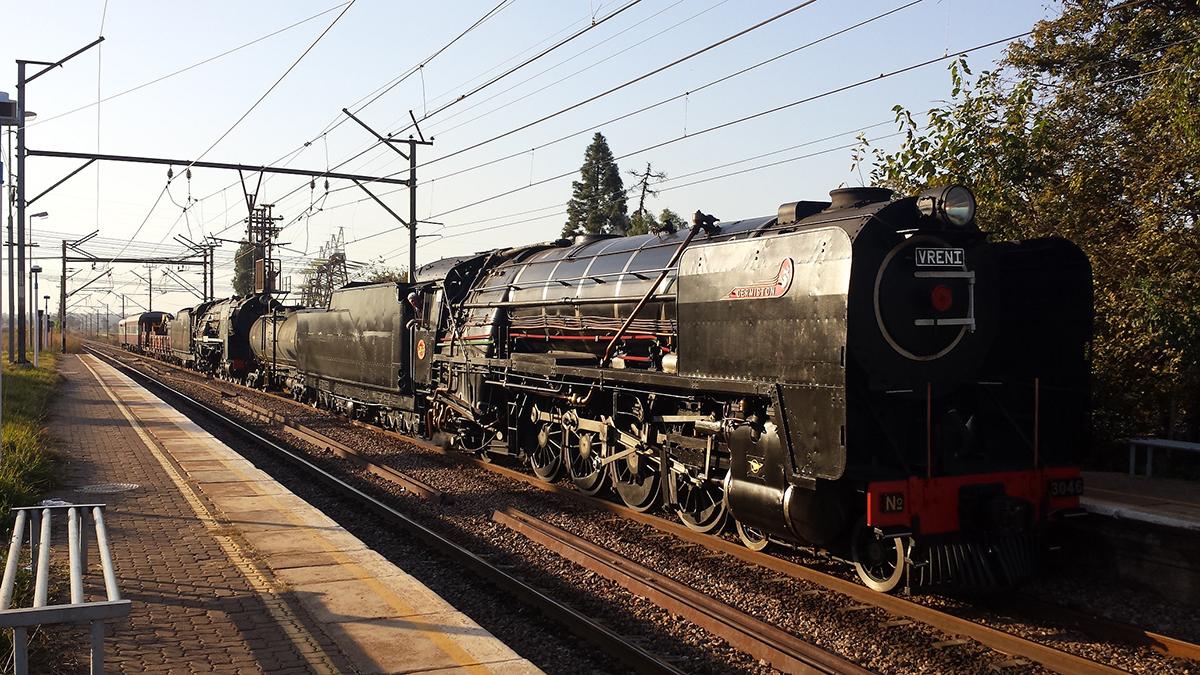 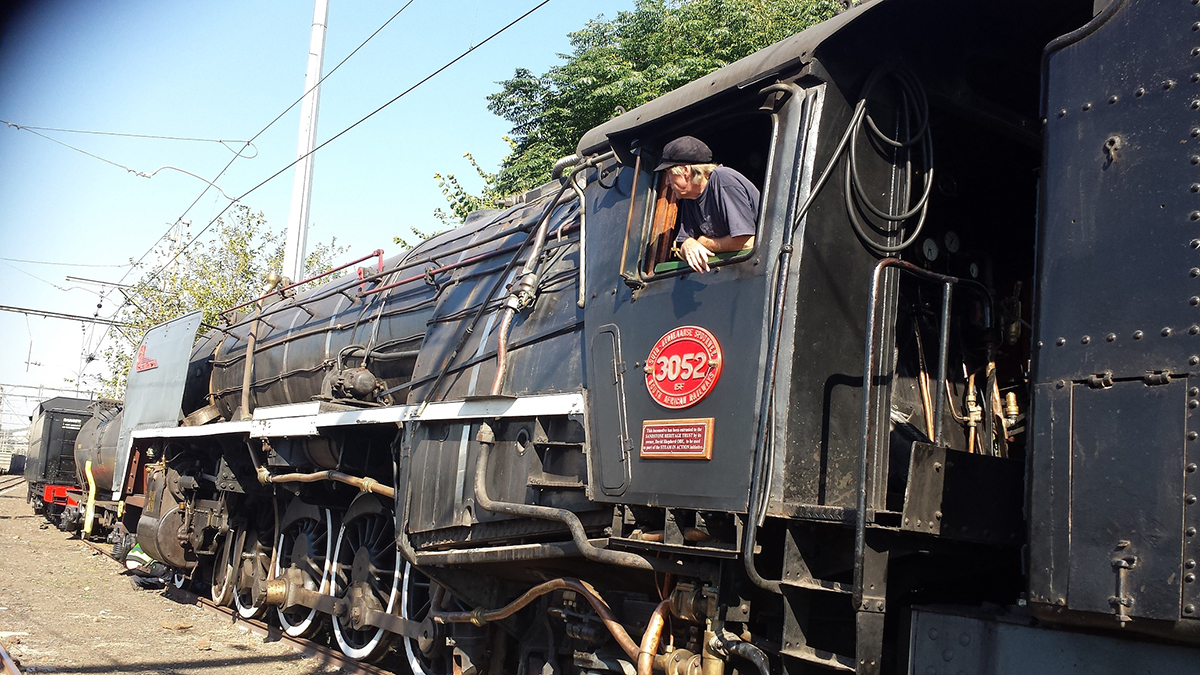 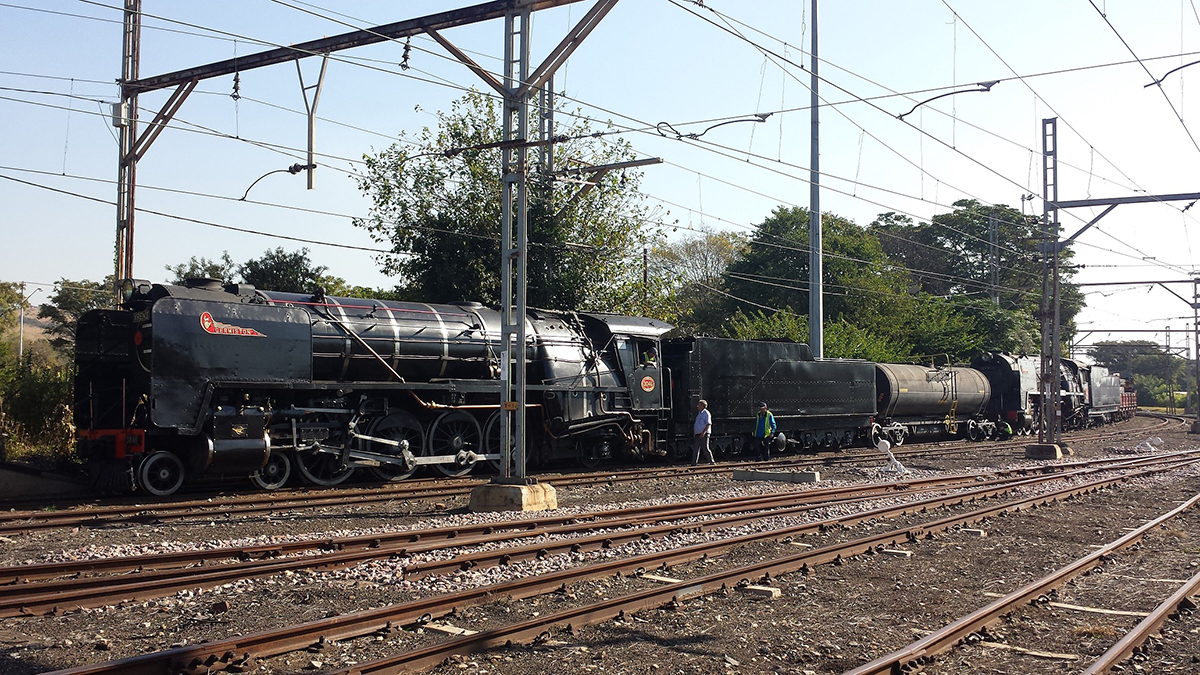 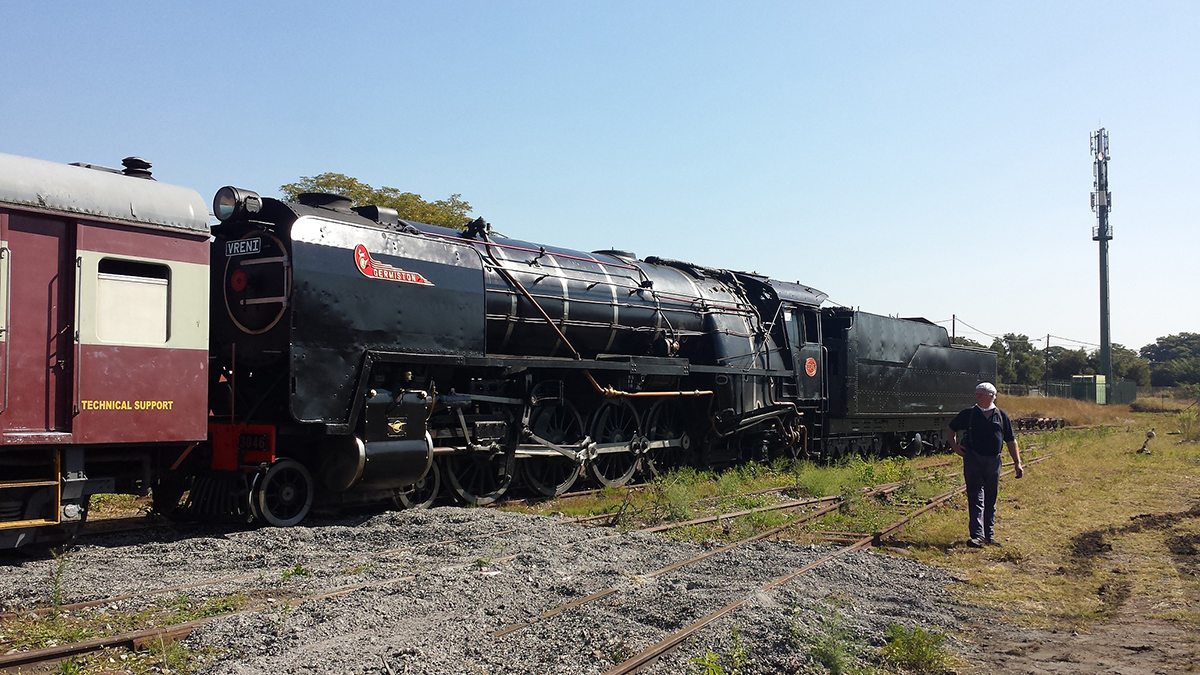 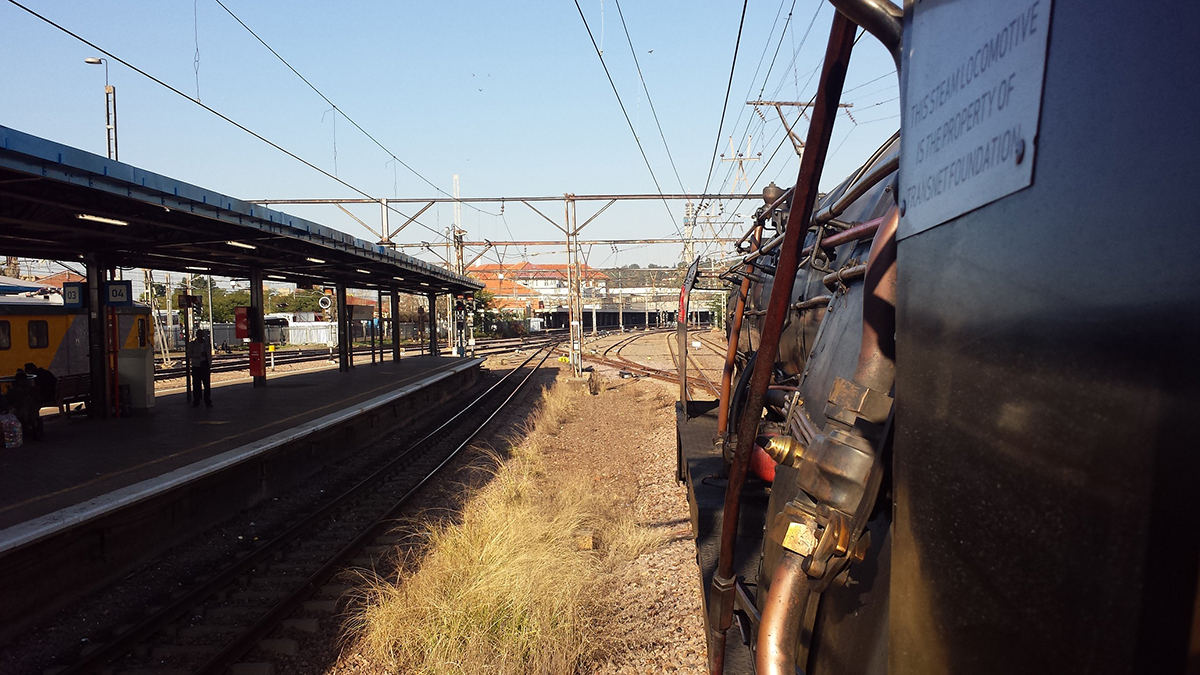 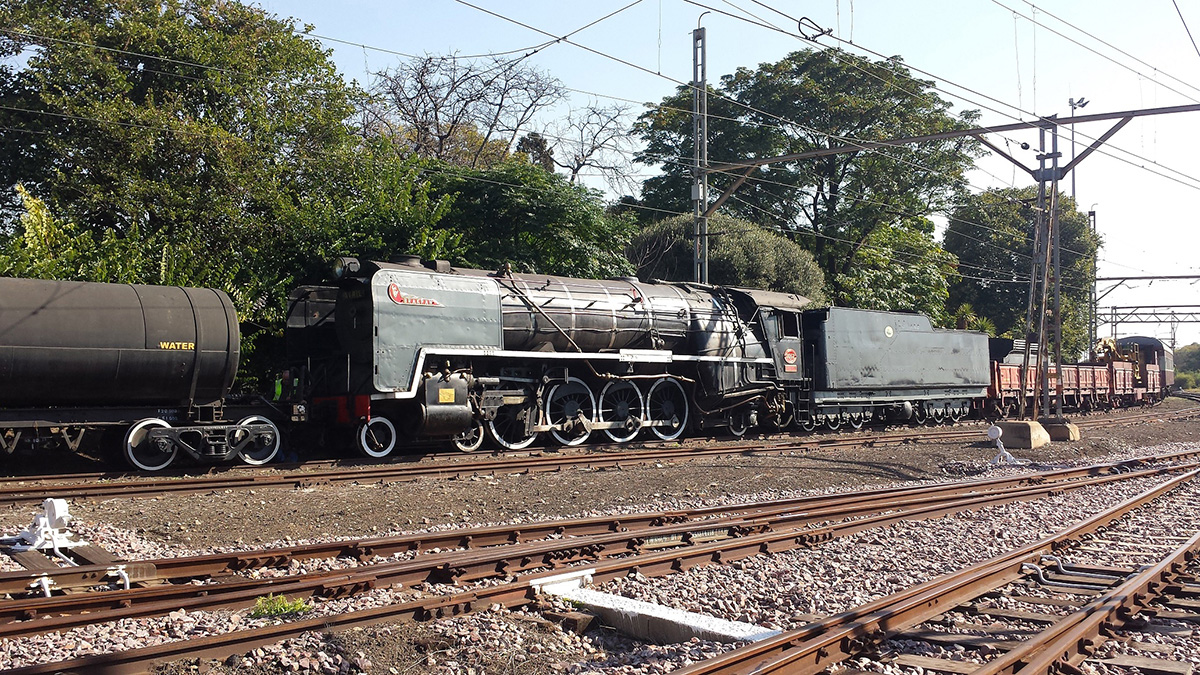