The well known steel shed at Kommandonek Farm next to the tar road has been dismantled and is being moved to the main complex at Sandstone Estates. The structure will be used for classic and vintage machinery storage. 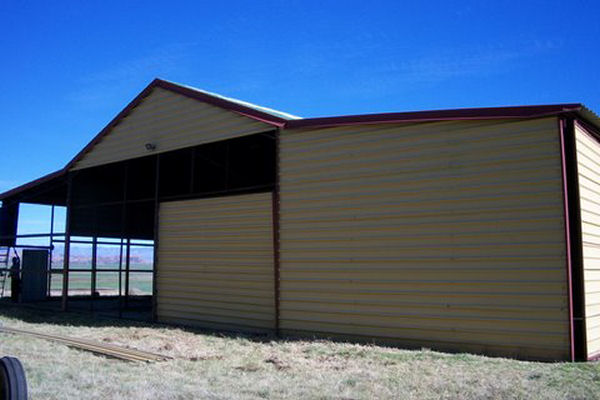 The SANRASM tragedy has rocked the Preservation community in South Africa more than any other event that has probably ever taken place. Although it was admirable that locomotives were collected and for some inexplicable trucked into the middle of nowhere to be abandoned in Blue Gum plantations or alongside informal settlements, the fact is that the perception exists that the items were safe, i.e. that at least SANRASM had at least one or two or more of each type of Mine locomotive etc. and that they were therefore safe. Overnight that was no longer the case.

The Sandstone Heritage Trust has gone head to head with SANRASM on many occasions and because of Sandstone's relative lack of credibility were not able to negotiate the acquisition of locomotives. However, there were exceptions, as in the case of St. Helena Gold Mine.

This report, which was prepared by Gert Jubileus at Sandstone, is an interesting one because it highlights the fact that just because a locomotive or locomotives go into Preservation it doesn't mean to say they are any safer than they were at their point of origin. Undoubtedly this report will be followed by many more which will deal individually with each class of locomotive that exists in South Africa.

We invite comment and contributions from visitors to our web site.

After years of continued high security costs to guard the trains in the Ficksburg Shed, it was decided to withdraw security from the shed. This however turned out to be a bad decision and one break-in resulted in a R600,000 loss in spares.

The management of the Sandstone Steam Railroad recently decided to move this shed to the yard in Hoekfontein Farm where it will be used for the storage of all unrestored Narrow Gauge wagons and locomotives.

Country Music on a Steam Train

Reefsteamers will be running a special train on 4th September 2010 where several Country Music artists will be appearing. 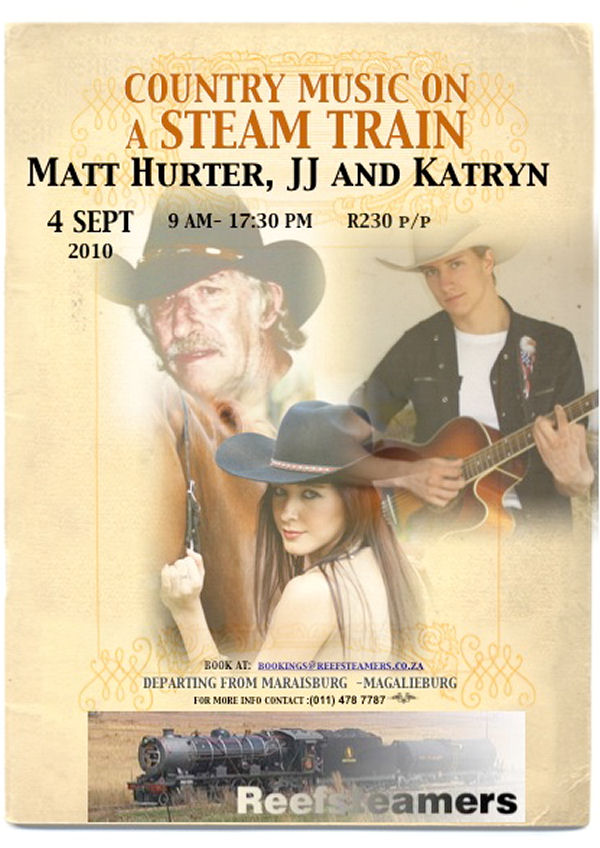 Unfortunately this article is no longer available.

Click here for a larger view of the article

Regarding the little 2' gauge ex Ratanga loco mentioned, which Gert Jubileus is tackling at Sandstone (although he's had to drop it till the festivities are over!) here are some pics I took on the first recce. It's always nice to have some 'before' pics!"

On the 27th April, world famous wildlife artist and rail enthusiast, David Shepherd, travelled between Ficksburg and Kommandonek (part of the famous Bloemfontein to Bethlehem line) in the Eastern Free State of South Africa behind his 15F steam locomotive number 3052. The locomotive, which is in the custody of the Sandstone Heritage Trust, of narrow gauge fame, was specially recommissioned for this event by Sandstone after being out of service for some 2 years. David was granted special permission by Spoornet to travel on the footplate of 3052. 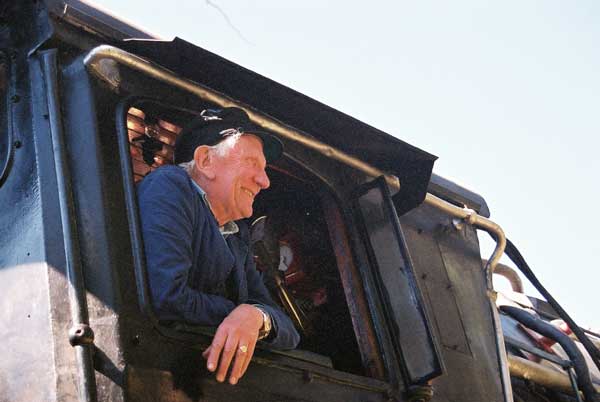 3052 was steamed on the 26th and David had an emotional twilight reunion with the locomotive presented to him by Spoornet in 1991 in exchange for a specially commissioned painting of it. After some quiet time on the footplate in the evening, David expressed his strong attachment to the loco, which is named "Avril" after his wife. 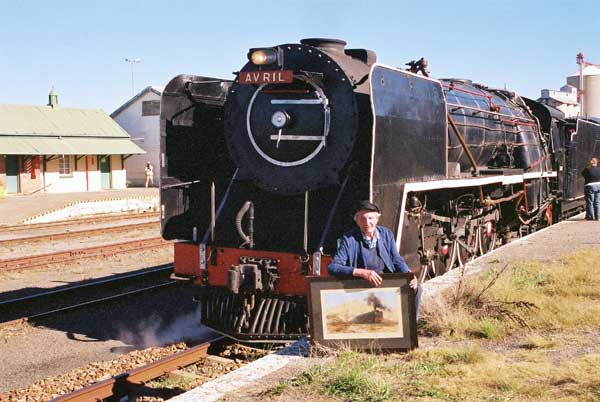 The locomotive has been in the custody of Sandstone since February 2004 but David last travelled behind her on a fleeting visit to South Africa in 2002. The 15F was the most numerous class of the then South African Railways, 3052 being built by North British in 1946. The spectacle of this massive loco on 3'6" gauge prompted David to remark that it made his British 9F, 92203, "Black Prince", look small! 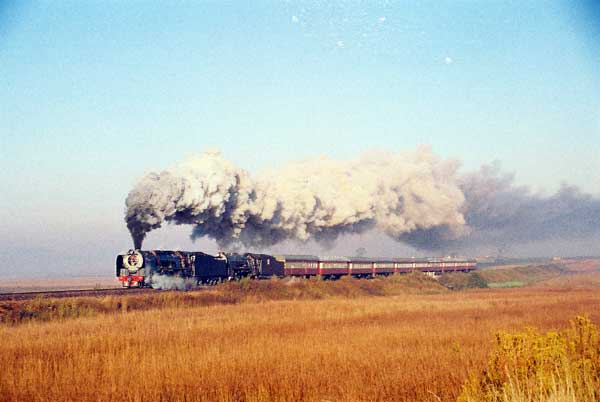 Three trips were made in glorious weather during the day over the scenic 13 kilometre route.
After the excitement of the day David was treated to a special sunset run on the Sandstone Narrow gauge behind Sandstone's 1895 built, ex-Beira Railway Lawley 4-4-0, BR7.

3052 performed faultlessly and it is hoped that David will be able to enjoy his locomotive again on a future trip to South Africa.

After much work over the winter the engine sounded much better but final timing was still necessary.

We took the roller for a test run of about half a mile, the engine sounded OK, but the gear train was more than noisy and the vibration was horrendous!

Here we had a conference on what should be done. We decided that the gear train needed to be stripped down and assessed, and repaired as necessary.

And so on Thursday 13 May we started to strip the gear assembly.

Firstly let me explain how we thought that something was amiss.

After the primary gears and selector had been repaired, changing gear was very difficult, this we assumed was that it needed 'running in', but we now know better.

The primary to secondary meshing was too deep! More about that later.

After removal of the ash pan, for 'jacking purposes' the engine was jacked and supported with timbers, for safety, the wheel hub cap removed and the pin and sleeve removed in readiness for rear wheel removal.

This done and the wheel rolled forward and tied off for safety.

We then proceeded to remove the gear guards and put in the barn out of the way.

What greeted us was horrendous.

The differential spur gear was 85 thou loose on the bevel gear shaft, this sleeve bearing was later found to be the original and was already worn out. After removal of the differential spur gear, (laid flat on a pallet) it was found that the 'new bevel gear', which is the drive to the roller was loose on the drive shaft, was later found to be 15 thou too loose! (Should be a 'drive on fit',) and could be pulled off easily and the flat bed keys just fell out! Should also be a tight fit. These keys had had some weld added and filed to 'fit' but were 100 thou too loose!

So together with the diff spur movement and the bevel gear and keys moving, the gear teeth have suffered, and will also need redressing.

So now to the secondary shaft, this was also too loose, both play in the sleeve bearings and laterally (side to side), of some 80 thou and 185thou. Respectively.

This shaft was then removed, for bearing replacement.

So correct gear train meshing could never have been attained, with a combination of incorrect sized bearing, or worn bearings or incorrectly fitted bearings and keys!!

Also to add to the problems, the main drive bearing support casting, which has taken the brunt of this vibration, is cracked, (this has been braised before!), I may however get away with this as it is, we think, supported adequately. See enclosed photos.

And have caused me a lot of work and some considerable expense, and it hasn't stopped yet!

My biggest headache is to reduce the bore of the bevel gear, this I intend to do by having it's internal diameter chrome plated and reground to fit, plus new keys.

I don't want to have to have a 'new' gear cut, as that would really cost.

As you can imagine this work, could take me the rest of this years rally season, mainly because I am at the mercy of specialist engineering services, but when completed and the engine timing finally done should give me a good mechanically sound engine and roller.

I will then need to have it boiler tested for another year.

In conclusion, so far, I think that the 'Restoration, mechanically' has been very suspect, but at the same time a steep learning curve for me. 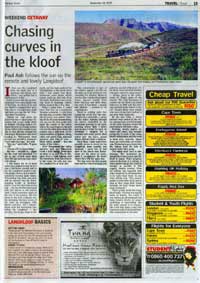