Jump to the update: 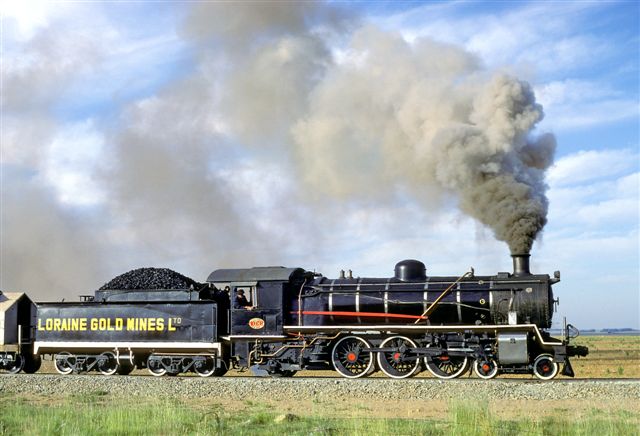 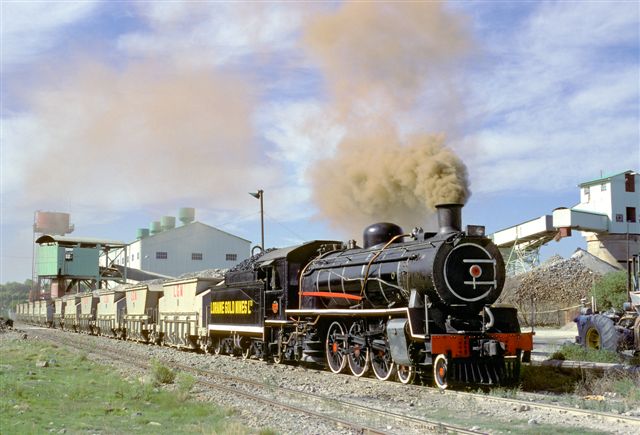 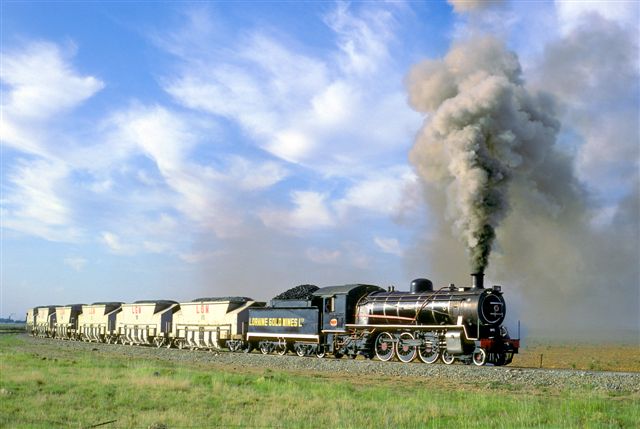 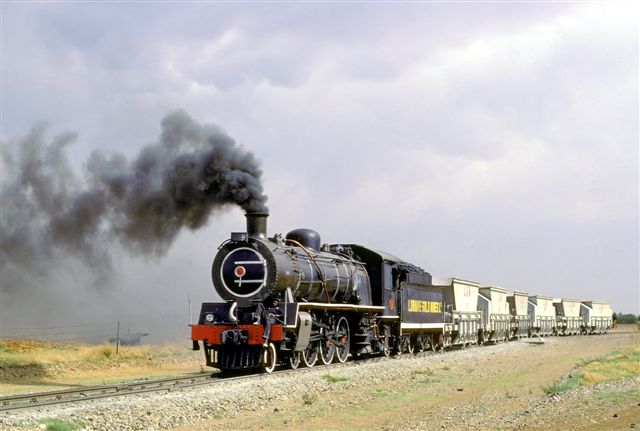 from the bottom workshop to the top storage shed. Full report below. 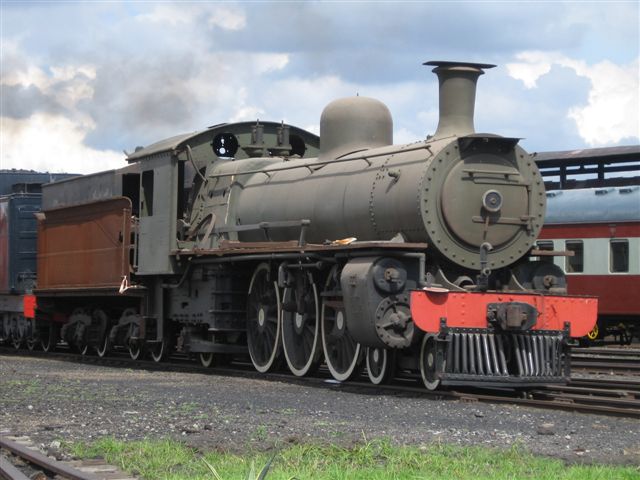 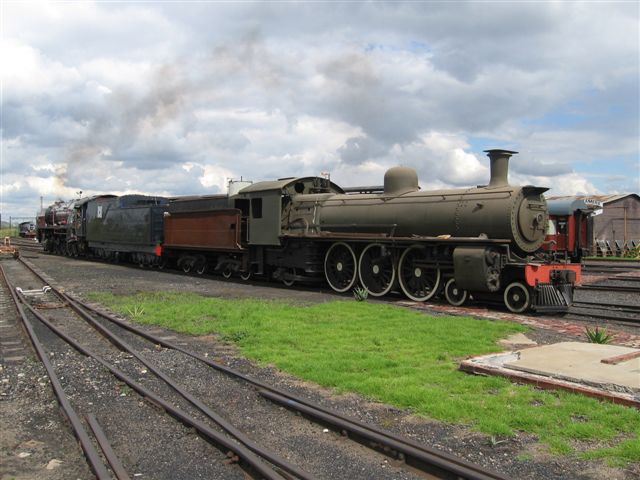 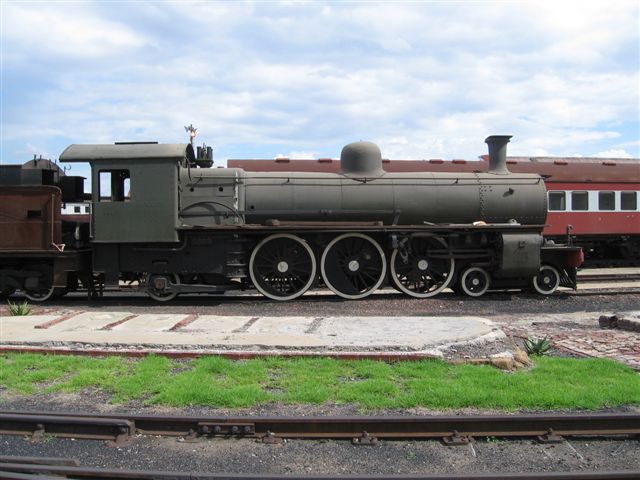 Tubes/ stays and boiler looks in good condition. Boiler to be prepared for internal inspection by Boiler Inspector to have full report on Boiler. According to Oom Van Wynghardt, all the tubes were replaced and locomotive was not in use long after it was done.

Locomotive in general in sound condition. The new axle box will be costly as well as re-metal of bissel bearings and crosshead slippers. If the boiler is tested okay by the Boiler Inspector, then she will be well worth restoring. 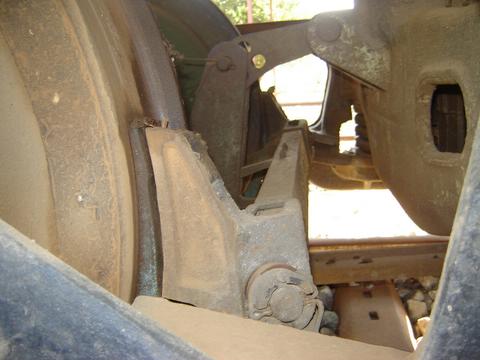 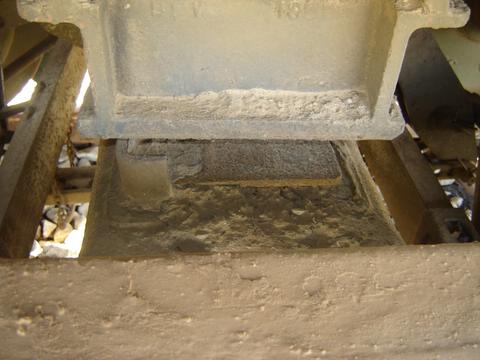 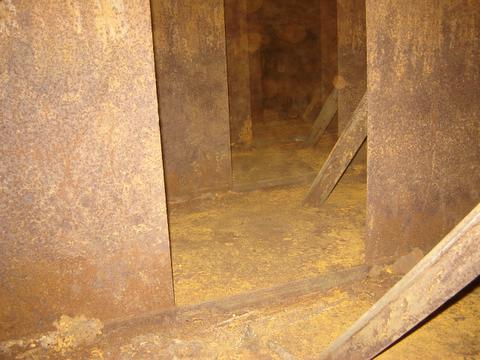 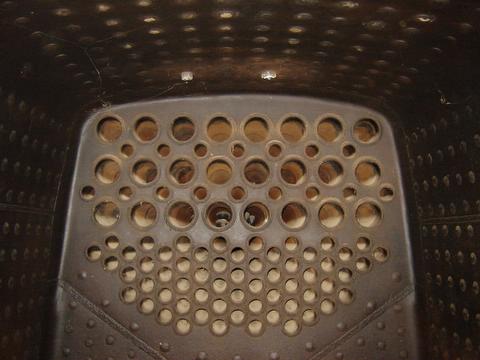 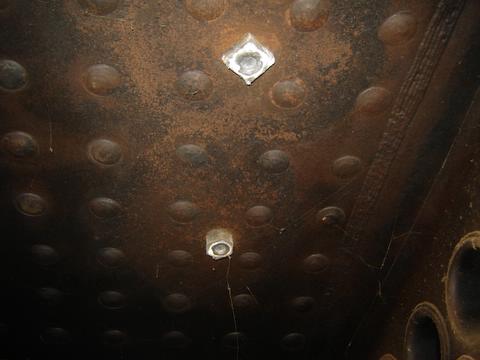 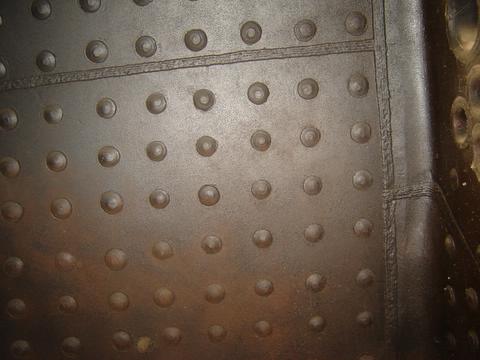 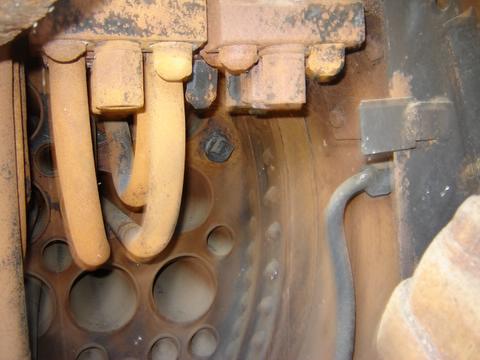 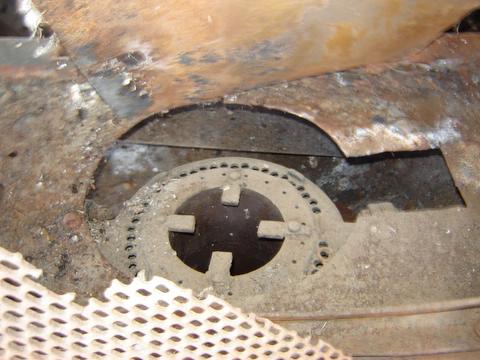 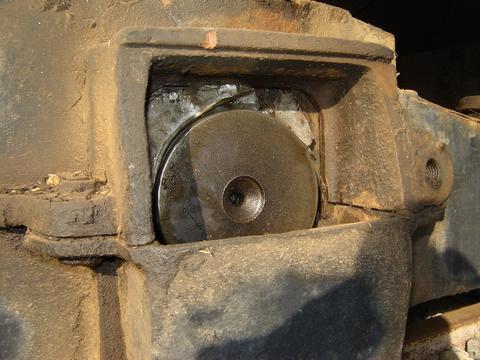 The History of the 10CR

In our book "The Sandstone Steam Railroad - The First Ten Years" on page 22 we review the importance of our Class 10CR locomotive.  Because it is a very rare locomotive, and indeed a very attractive locomotive, it has been brought into our restoration line-up for the future.  While the Sandstone Heritage Trust does not under normal circumstances restore locomotives on the Cape Gauge, our new cooperative tripartite agreement with Reefsteamers and Friends of the Rail mean that we are effectively making our locomotives available to them for use throughout Southern Africa. 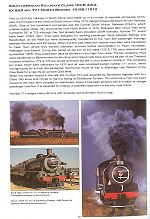 In order to bring this about funds need to be raised by all three organisations for the restoration of rare locomotives, and so Sandstone is now beginning to identify what locomotives could and should be restored in years to come.  The initial report by Gert Jubileus, our Running Shed Foreman at Sandstone Estates in the Eastern Free State, is available to the right.  As always we invite comments from others who visit our web site.
The competence of an organisation like Reefsteamers comes through very clearly in their regular workshop reports which can be found elsewhere on this site.

What I can tell you about the locos earlier history is that when built as a 10C she worked lighter trains such as semi-fast passenger trains and for this for several years she worked on the Kimberley - Klerksdorp section.

She was first superheated at Salt River in April 1927 and then rebuilt as a 10CR, again at Salt River, in 1934 (boiler 8612). Once rebuilt the 10CR's, were transferred to Paarden Eiland Shed in Cape Town and stayed there for the rest of their lives working suburban and other lighter duties such as trains to places like Worcester, Malmesbury, Strand etc.

Interestingly, she has one of the "extra" series of tenders number N25
although Loraine replaced the original bogies with wagon bogies at some point.

In 1971 the mine acquired what must be one of the most photographed locomotives in the world, a class 10CR 4-6-2 pacific from the SAR no. 771. This locomotive has been in regular service on the mine, except for two periods of major disaster. One episode in 1974 and the other in 1977. On the first occasion it ran through the stop block at no. 1 shaft triangle and on the second derailment 1977-01-28 the locomotive was out of service for 4 years and six months – in fact she had been scrapped.

In October of 1979 the present steam section foreman, Roelf van Wyngaart, then a fitter in the loco shed, began the massive task of restoring a badly damaged engine. In July of 1981 the locomotive was again certified by Government test and brought back into service. It now has the distinction of being the only class 10CR in operation in the world today. This locomotive is very popular amongst the crews and is generally referred to as "Die 10 Klas".

Thanks to John Middleton and Riebeeckstad Railway Museum

We are making good progress with our 10CR.  Full reports of the weekly progress is contained in Gert Jubileus' weekly workshop report for Hoekfontein.

Scottish Rail enthusiasts might be interested in the fact that the chassis of this locomotive definitely comes from Scotland. The picture has been inverted because actually it is mounted upside down but at least its country origin is not in dispute.

The fact that it was built for South African Railways is also not in dispute, nor is the date.  Please see stamped on the loco "1910 SAR". 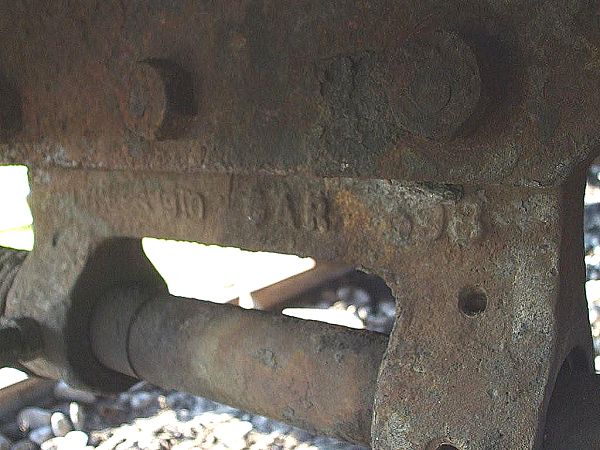