Geoff Cooke arrived on the Friday morning and drove down to Sandstone spent the weekend with us before venturing north to Zimbabwe on business during the following week.

Mike ke Hart, of Ffestiniog and Welsh Highland Railway fame was in South Africa on business during the preceding week and came down to the Eastern Free State on Friday afternoon, took in a Lawley hauled train that evening and had most of the day on Saturday at Sandstone before returning to Johannesburg. Picture shows Mike Hart and Lukas Nel catching up on happenings in Wales since the visit of Lukas last year. The Lawley and O&K locomotives form the backdrop. 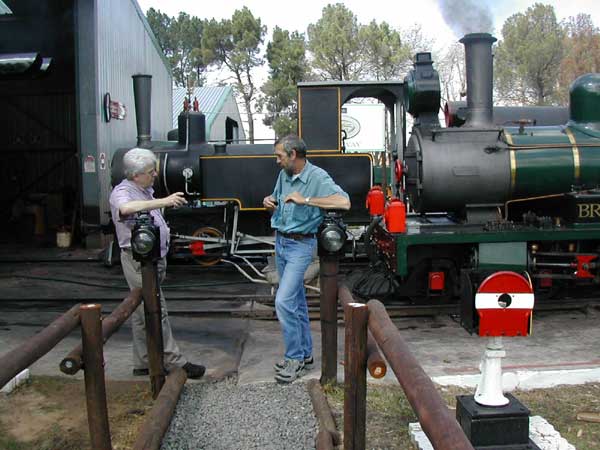