Just browsing through some of your older articles I came across an article on your website dated 26 August 2007 [see below].

The wagon looks very much like it was originally the O4 version of covered van.

250 of these were supplied by the USA to the ViciCongo Railway in the old Congo currently Zaire and then purchased in 1945? by the South African railways.

Your particular version looks to be one of the 155 members of the class that had their roofs raised 12 inches to increase their capacity.

Sydney Moir’s book "24 Inches Apart" has a bit on these wagons including a sketch.

I know a little about these wagons as I have just built a 16 mm/foot model of one of them.

An interesting old cattle truck has arrived from Cape Town.  It has a Diamond type bogey and predates all the other cattle trucks that we own. Our present inclination is to restore it back to its original cattle truck configuration.  It had been used for some time as a shop.  I wonder how it
enjoyed its sojourn in the retail sector? 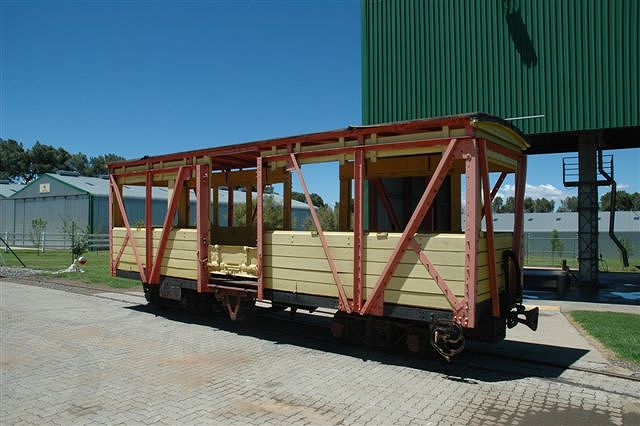