While Sandstone Estates was in the grips of the Cherry Festival, members of the Villiersdorp Tractor & Engine club were adding interest to a Family Day at Stettyn Cellars, just North of Villiersdorp, on the Worcester Road .

A good crowd of families turned up to watch sheep shearing, get up close to Alpacas, ride horses, taste wine, eat a good meal including bread cooked in front of us .... and to see a selection of old tractors and watch a wine pump being driven by an old Stationary Engine: 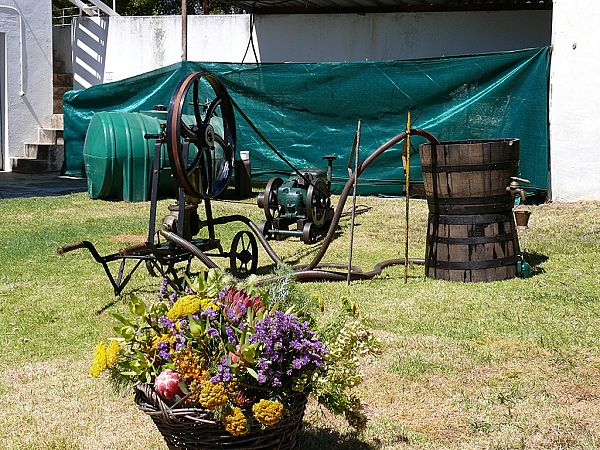 A row of lovely bouquets of wild flowers lined the road. Behind is my Marmonier wine pump driven by a Fairbanks Morse ZC 52 engine. Red 'wine' is circulated out of the base of the barrel, and returned into the top.

There was also a demonstration of harvesting grain with an early McCormick Diesel tractor, pulling a binder, making perfect sheaves, and leaving not one ear on the ground! 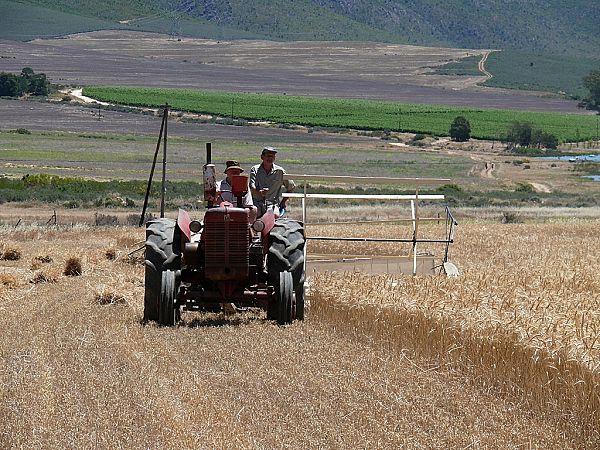 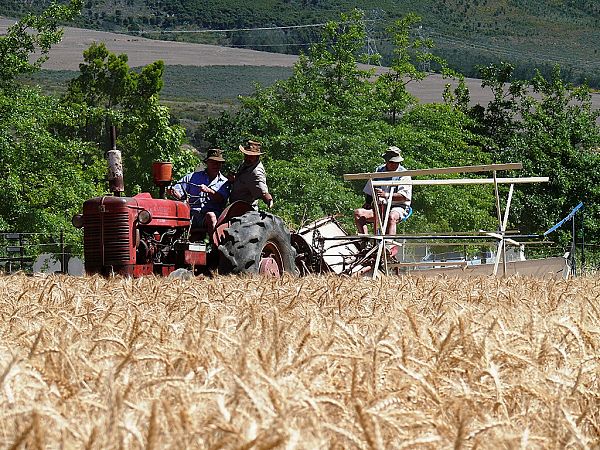 The grain was in perfect condition for cutting, the ears requiring a light rub between the hands to remove the husks and expose the kernels.

We were keen to put Eniel Viljoen's recent prize-winning Unimog through its paces, so we went for a drive in it, and took on the dam wall: 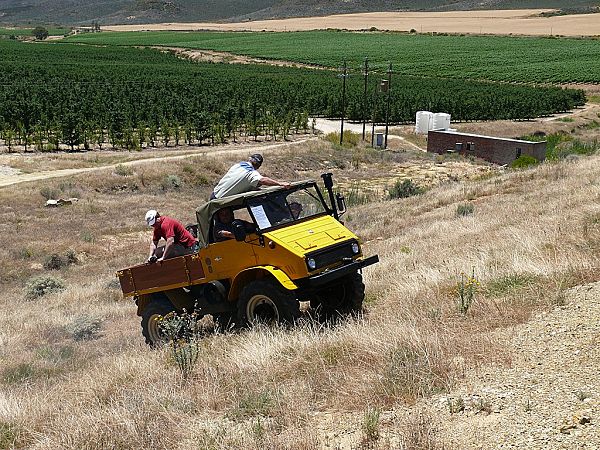 Peter Boast about to abandon ship! Koos Erasmus holding on for dear life! Eniel drove down exactly as he drove up, so there is an interesting track up the dam wall which might lead the owners to search for a tractor under the water!

After a delicious lunch, washed down by Stettyn 'Millstone' Wines, we visited their Water Mill, which was in operation for our benefit: 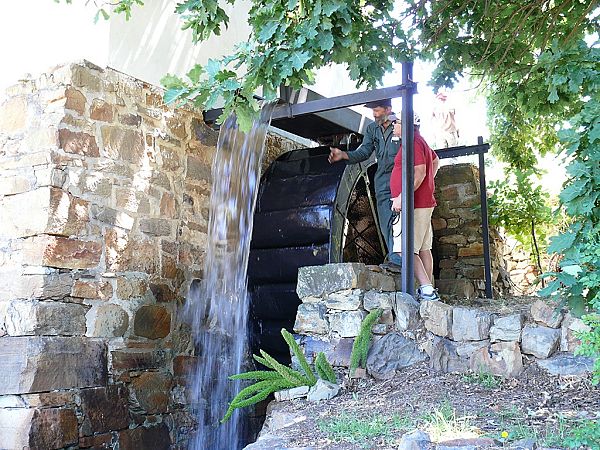 Recirculated water gushes from the end of the launder. Only a small opening allows water onto the wheel, enough for demonstration purposes. 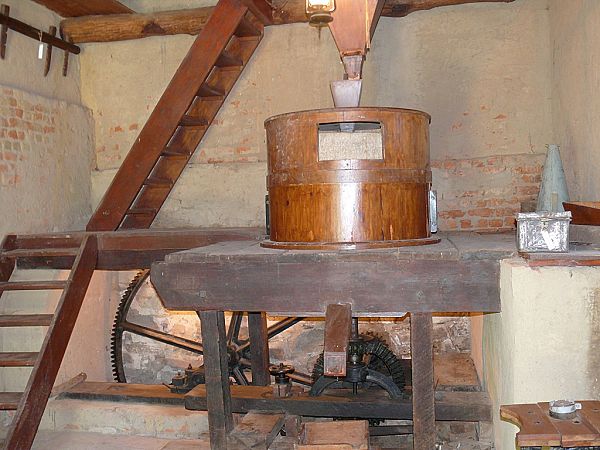 The large pitwheel is attached to the water wheel outside. It drives a pinion just visible against the wall, which is on the same shaft as the crownwheel, which drives the wallower bevel pinion. The bridge tree is just visible with the tentering wheel on the left. The hopper is actually supported by the upper floor, and it feeds into a supplementary hopper into the eye of the runner. The mill's restoration was completed in 1985.

Reluctantly we packed up our toys and put them away in our Museum in Villiersdorp, behind the Kelkiewyn Restaurant, after an enjoyable day. We hope the owners enjoyed the day as much as we did!