Lukas Nel and his small team are making good progress with the locomotives at the Bloemfontein workshop. The value of a husband and wife team like Lukas and Anna, who have created a well motivated, trainable group whose capabilities grow by the week and show the value of skills transfer in a way that is a example to all. Lukas has been involved with steam locomotives for the best part of forty years and works to very high standards as well as knowing all the little tricks that make jobs easier while not compromising safety or standards.

As the number of serviceable steam locomotives declines nationally it is worth remembering that most, if not all, last saw the inside of a railway workshop for major work fifteen years ago or more. They are all now wearing out and overdue for repairs under the previous SAR protocols. Only by securing decent facilities, the skilled manpower, and transferring those skills to the next generation can steam hope to survive into the future. Sandstone Heritage Trust is fortunate indeed to have a man like Lukas Nel heading up our steam locomotive restoration programme, for he is a steam man through and through. 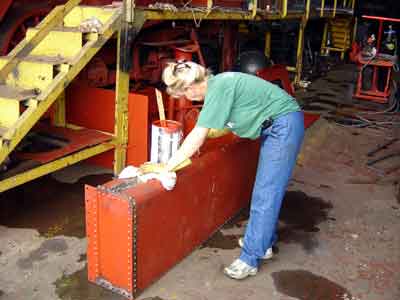 The ex Angola Decauville is now far from the rusty relic it was when it arrived. The side tanks are nearly complete and the chassis is on rail and just needs the springs plus final assembly. The springs are finished and Lukas will collect them and the boiler mounts next week.

Work continues on the boiler, which is not in such poor condition as feared. This is no doubt due to the fact that it was kept in the Museum for many years, even if the roof did collapse of late, which prevented much of the corrosion suffered by those left to their fate outside. The photographs show it to be in fair condition although as often happens the bottom of the smokebox had rotted away because of water collecting in it, which combined with any ash present forms a corrosive acidic mixture.
Replica works plates are being made using details from a photo from another loco in Angola for a pattern, as well as assistance from contacts in France who have preserved other Decauville locomotives.

The locomotive was originally named BATHALA but there is no trace of a name plate and no photographs survive of it so named. Does anyone have any details of this which may be of assistance in making replica plates, or were names generally painted on the sides of the tanks like many other industrial locomotives? 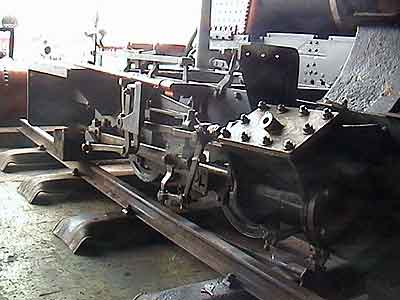 The “Decauville” portable railway system was widely used in industrial and military applications and a reprint of the January 1905 catalogue is available from
Feld-und Schmalspurbahnen verlag und Buchhandel e-mail: This email address is being protected from spambots. You need JavaScript enabled to view it.

It contains much detail of the equipment and some fascinating illustrations of a time when rail was king.
Similar designs were manufactured by a variety of French and Belgian companies and there is a similar locomotive built by SA des Usines Metallurgiques du Hainaut, Couillet, Belgium plinthed on the platform at Maputo Station. 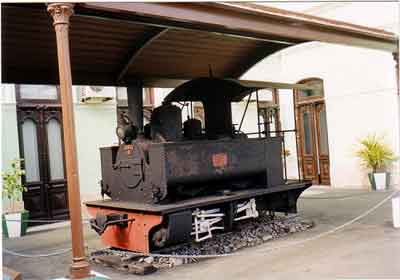 Work is continuing on the ex Sena Peckett No 14 (P 2161/1957). The boiler, which was repaired by SGE Services in Pretoria, has been returned to the frames and the boiler inspectors are sorting out the paperwork concerned.

Because the locomotive was stored under cover at Sena for many years, only being pushed out into the open a year or so before being acquired by Sandstone, most of the platework is free of serious corrosion and has needed a good cleaning to get rid of loose paint and surface rust before being painted. Even the inside lower corners of the saddle tank, which are often where corrosion forms as water gathers, are OK.
There’s a lot of work still to do, making good damage sustained in its Sena days and during its movement to Beira, as well as replacing all the non ferrous fittings and manufacturing missing items such as coupling and connecting rods, slidebars etc. There is also the task of straightening the front buffer beam which was bent in a heavy shunt during its industrial service.

Fortunately thanks to our good relationship with the UK’s National Railway Museum in York we have been able to acquire some drawings from amongst those saved when Peckett went into liquidation. Not everything was saved, but we have a good start with those we have acquired. 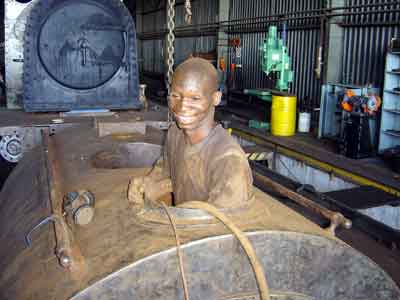 The NG 4 has not been forgotten and the boiler is due for inspection soon. A lot of work has been carried out on the side tanks as the old ones had suffered corrosion and lifting damage in pre-Sandstone days and a new cow catcher has been fabricated. 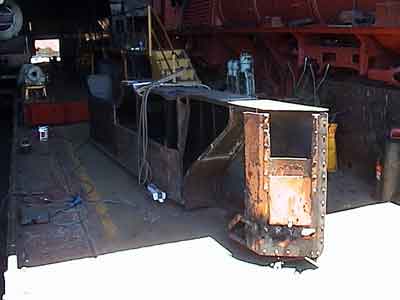 The rare Jung locomotive ‘Gazengo’ has not had any work done on it of late as it looks likely that a new boiler will be required. We have had no success in acquiring drawings for this locomotive which is perhaps unsurprising given that the Jung works received a major visit by Allied bombers in October 1944 with catastrophic results.
However, we have received permission from Jeff Lanham to reproduce a photograph he took in October 1969 of the locomotive at Bomb Jesus sugar mill by when it was out of use. It, and many other historic photographs of Angolan, Mozambican and African Steam (not South African) are contained on two CDs by Rob Dickinson entitled Steam Safari (South) and Steam Safari (North) and available from Rob, who has been very helpful with our loco research. 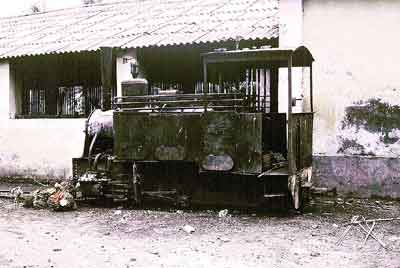 Rob’s contact details are:
http://www.internationalsteam.co.uk/internat.htm
http://dialspace.dial.pipex.com/javatour/java1997.htm
email This email address is being protected from spambots. You need JavaScript enabled to view it.