The recently retubed number 113 has undergone and passed its hydraulic test with the aid of a pump dating back to 1890. Originally steam driven, the pump saw service in Bloemfontein until the 1970’s when the depot literally ran out of steam and it was converted to air operation and, as our pictures show, is still giving sterling service.

It proves the old adage, “they don’t make ‘em like they used to”!

The boiler of 113 will soon be returned to Hoekfontein to be swapped with the similar boiler of NGG13 number 49 for its retubing. 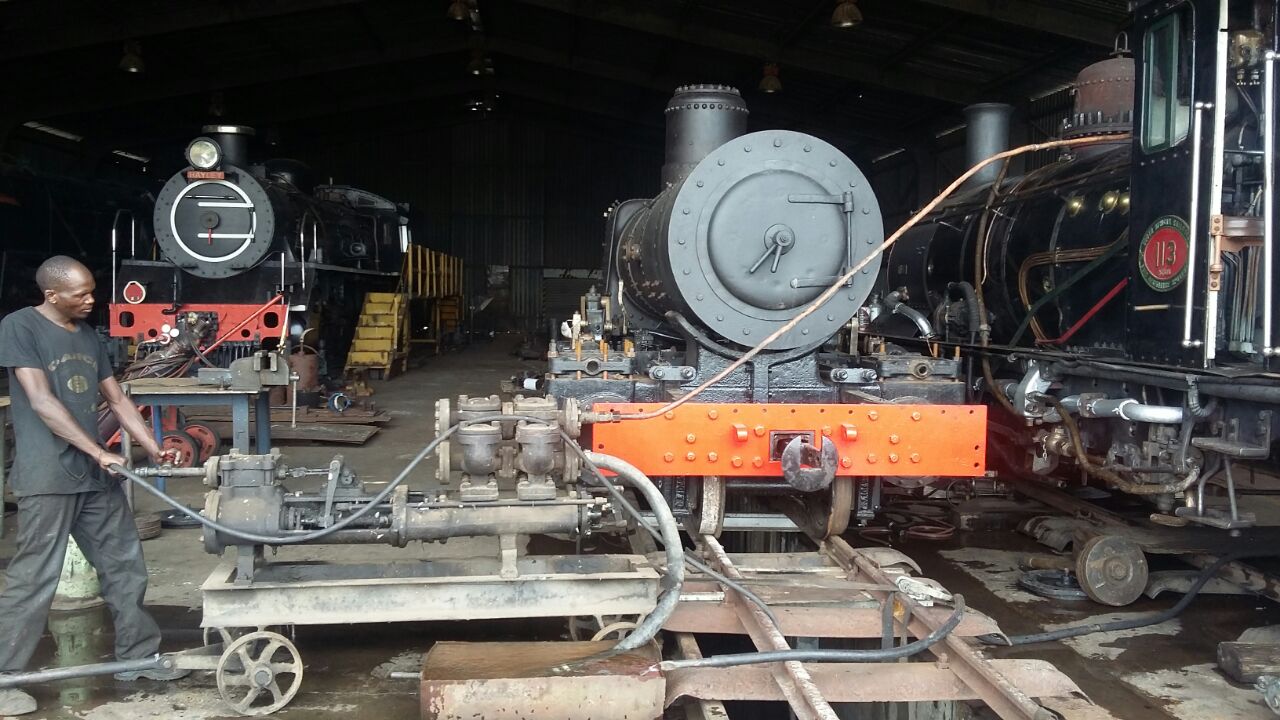 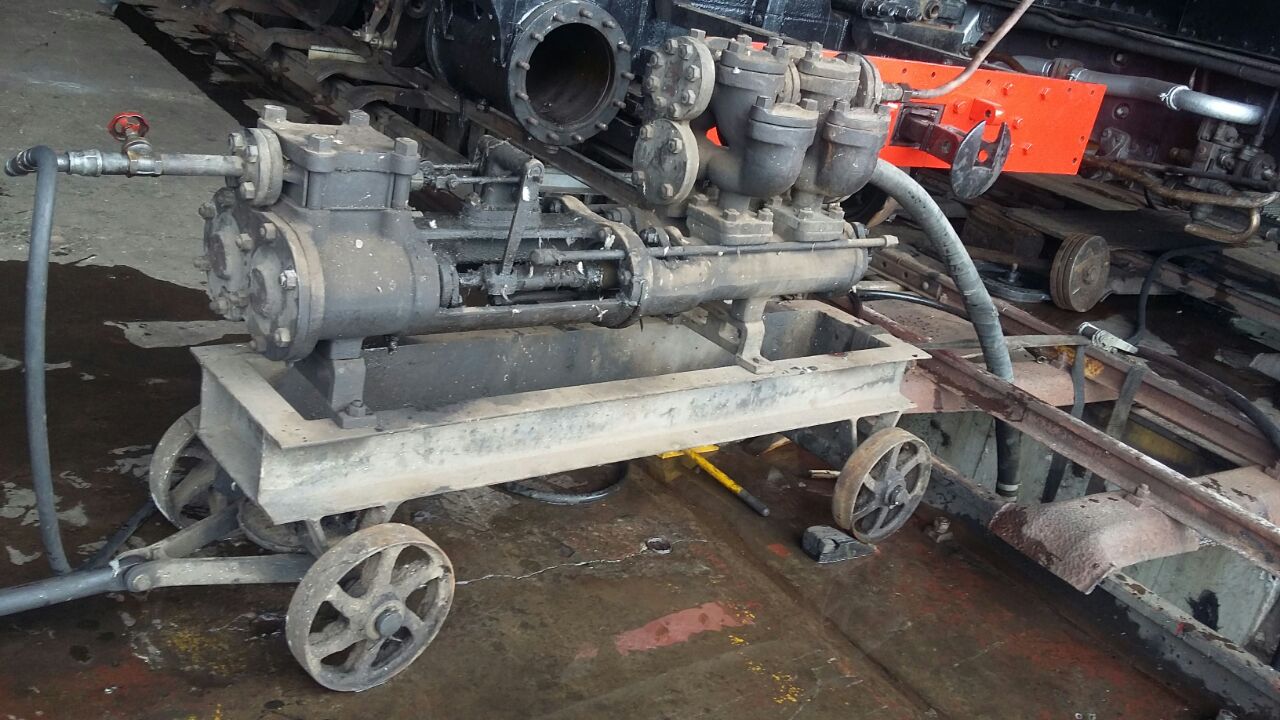 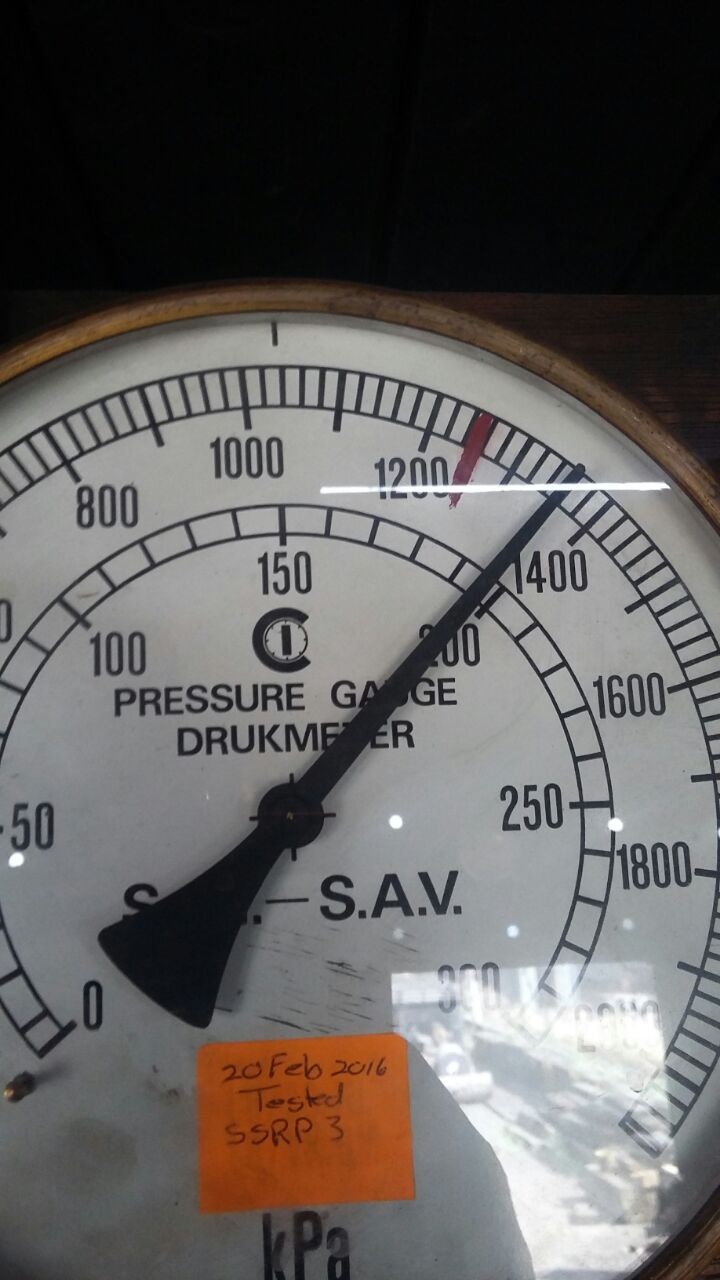