Class 91 number 91-016 has been acquired by Sandstone from RRL-Grindrod after the closure of their rail division. One of four ex TFR 91 Class diesels staged at the Pretoria workshops of Grindrod, 91-016 was Grindrod’ s number 91 04. This example, as with the other three, was converted to 3’6” gauge for use in the Welkom area by extending the 2ft gauge bogies and axles to 3’6”. The locomotive is complete and still retains its Caterpillar engine although it is not in working order. The locomotive is primarily for parts for Sandstone’s 91-010 but the locomotive is being examined to diagnose the fault that resulted in it being staged.

Our picture gallery shows its arrival at Sandstone and unloading for storage in the 150m shed. An additional picture shows 91 04 working in the Wekom area in 2011. 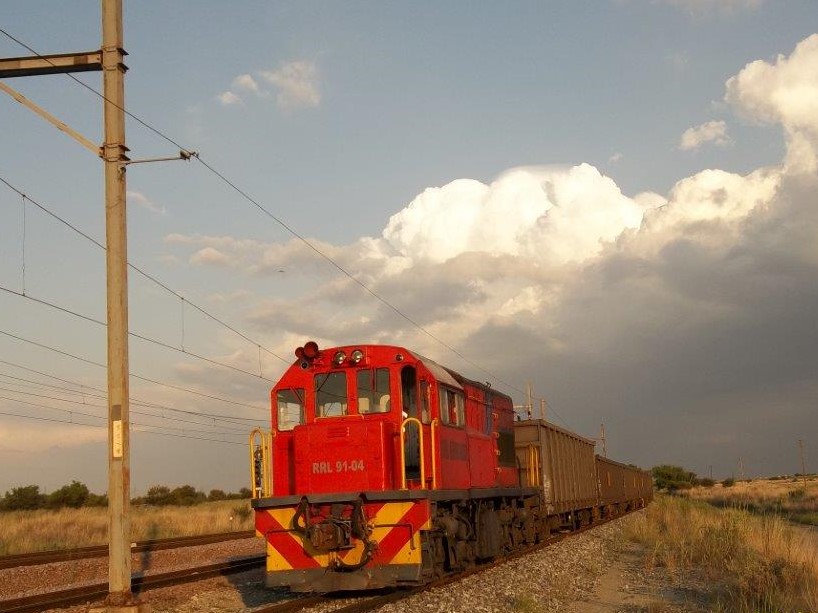 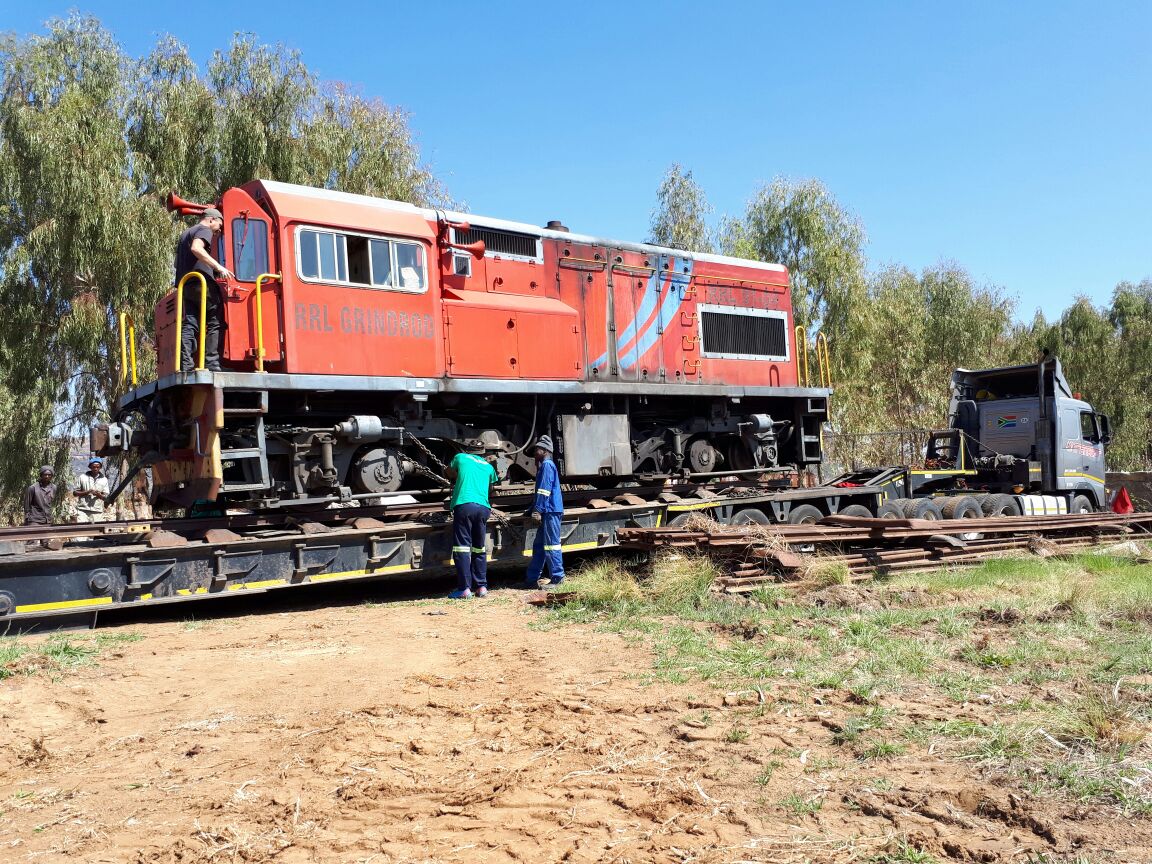 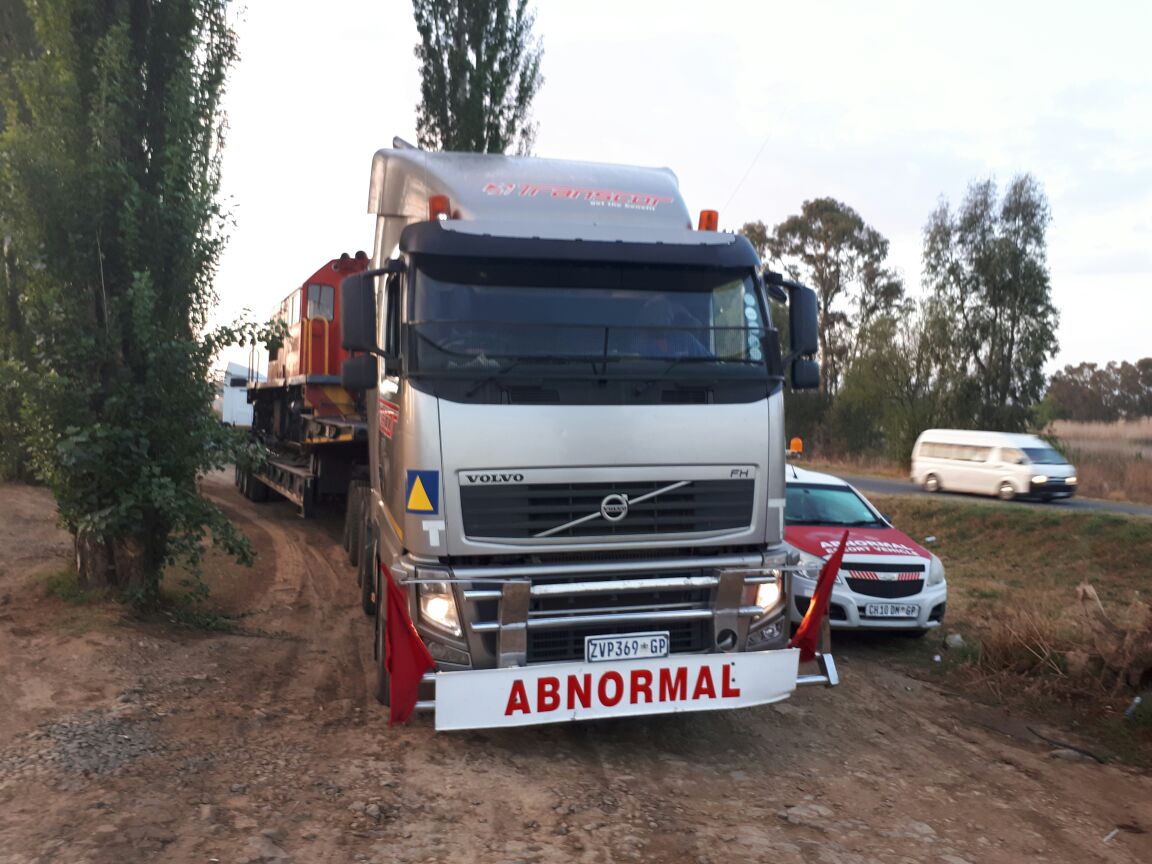 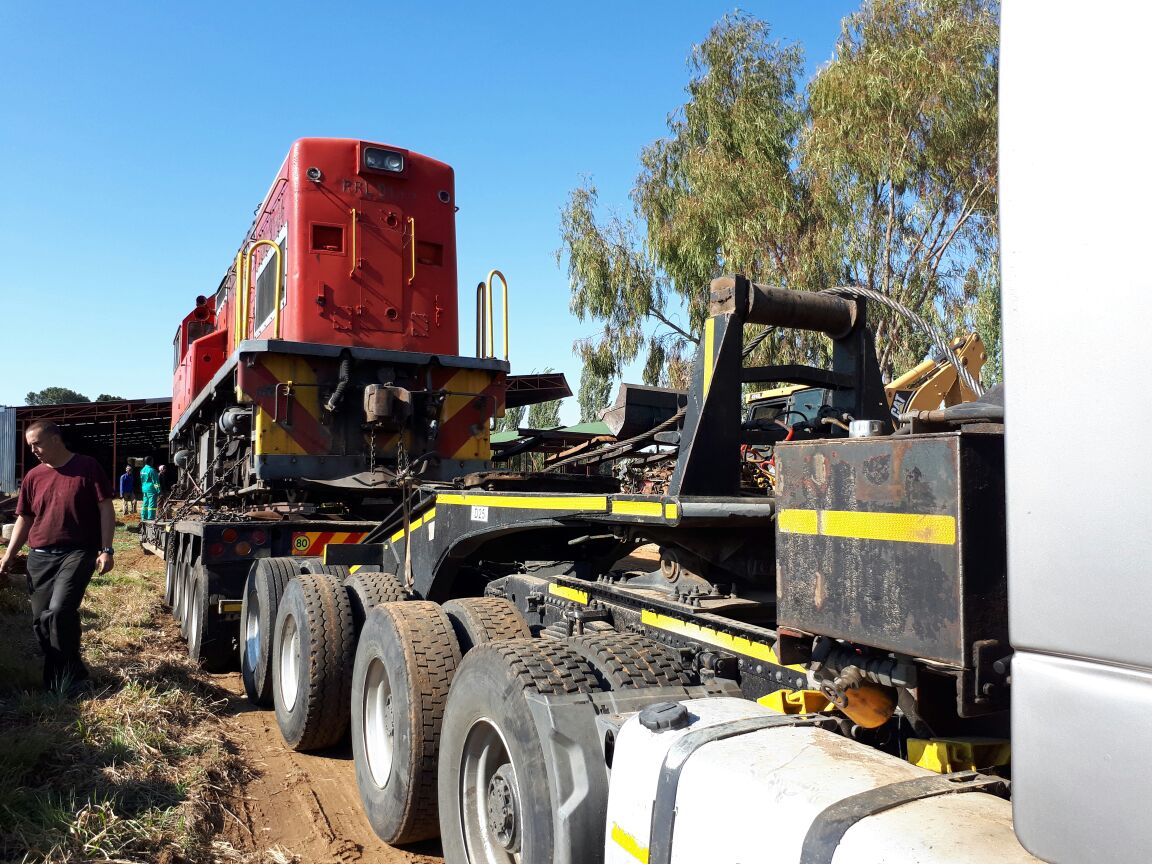 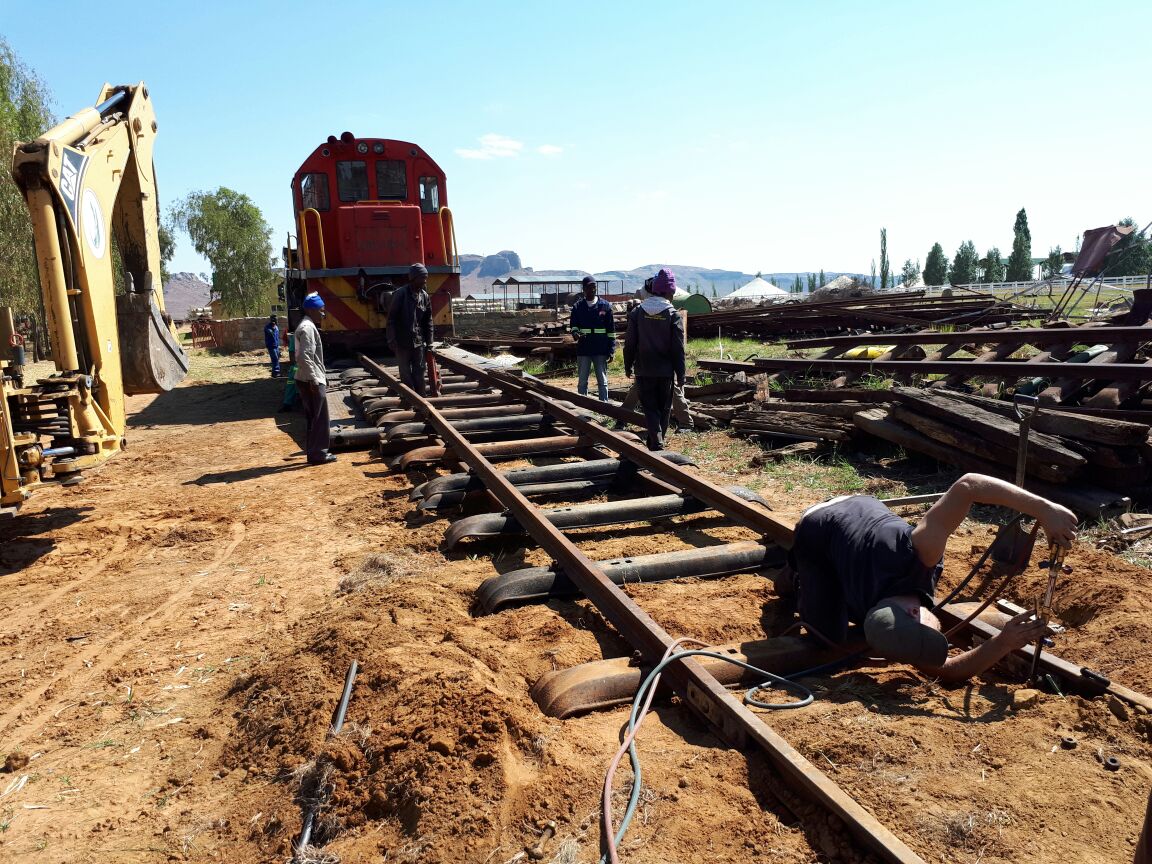 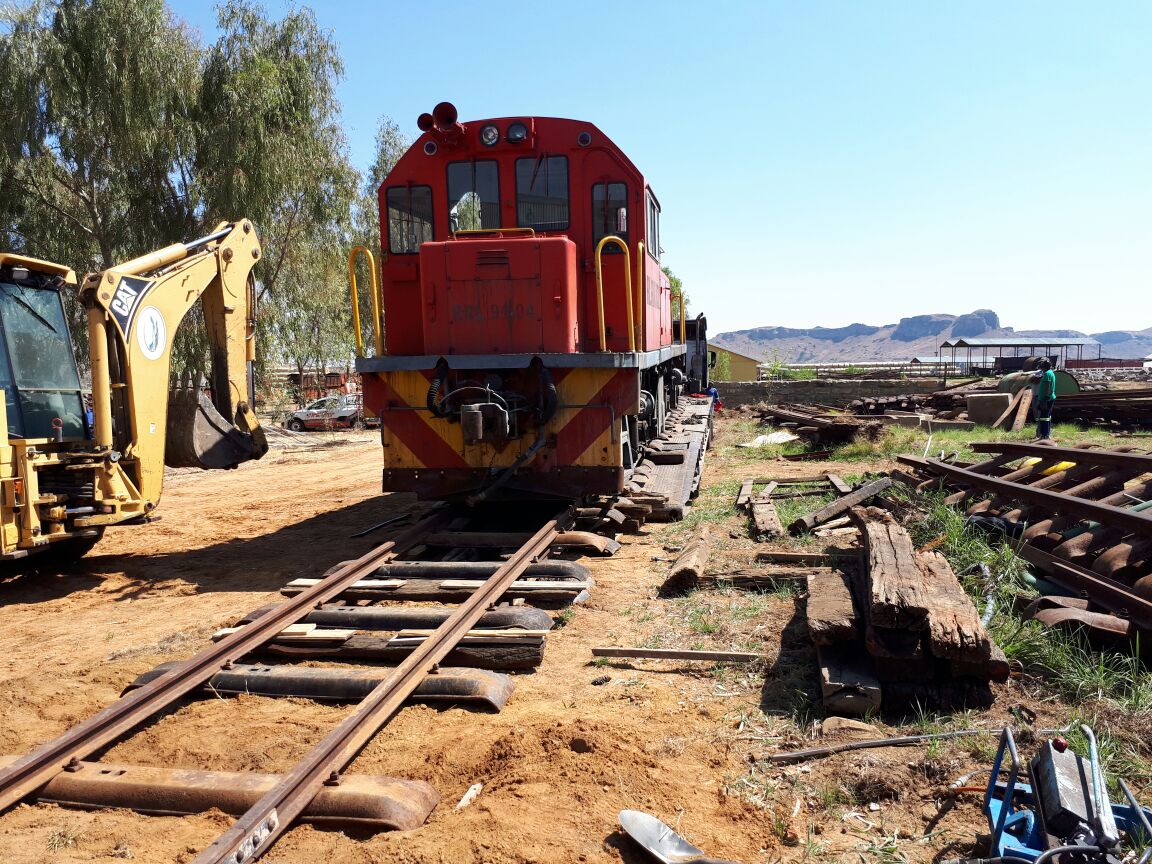 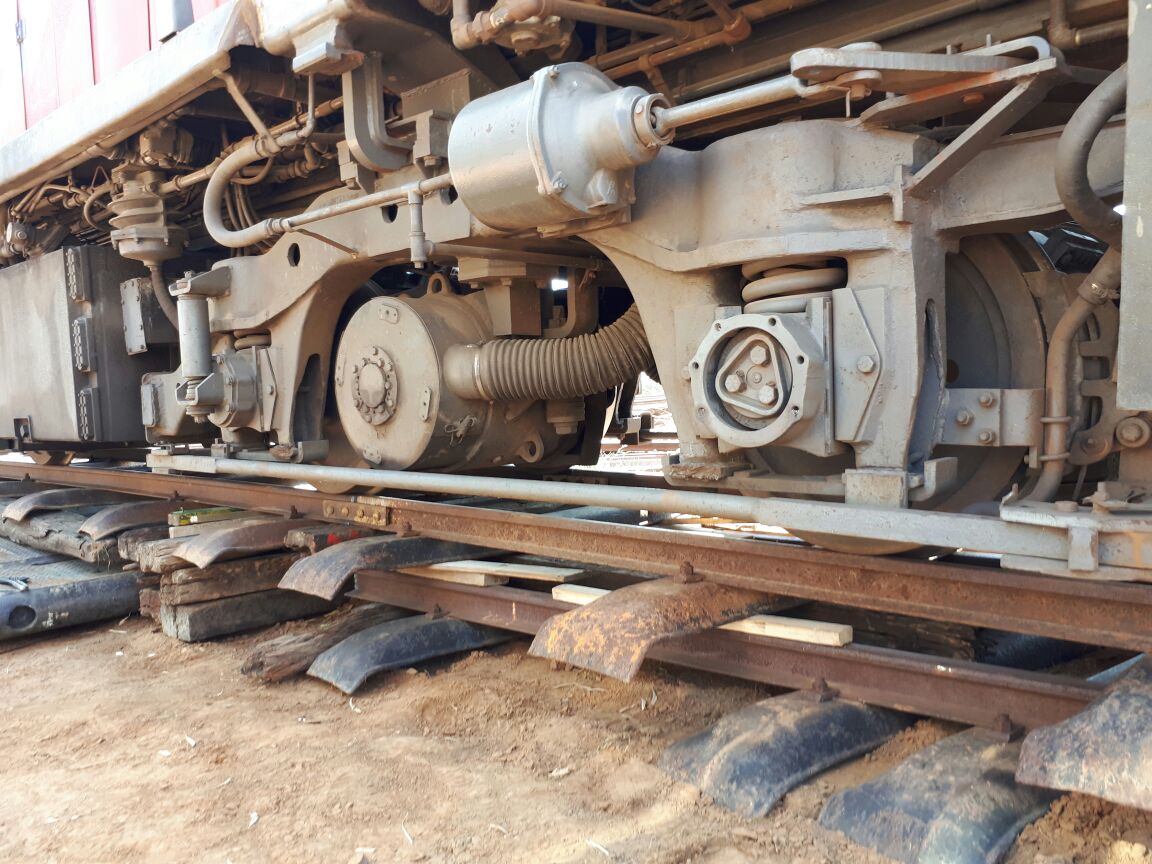 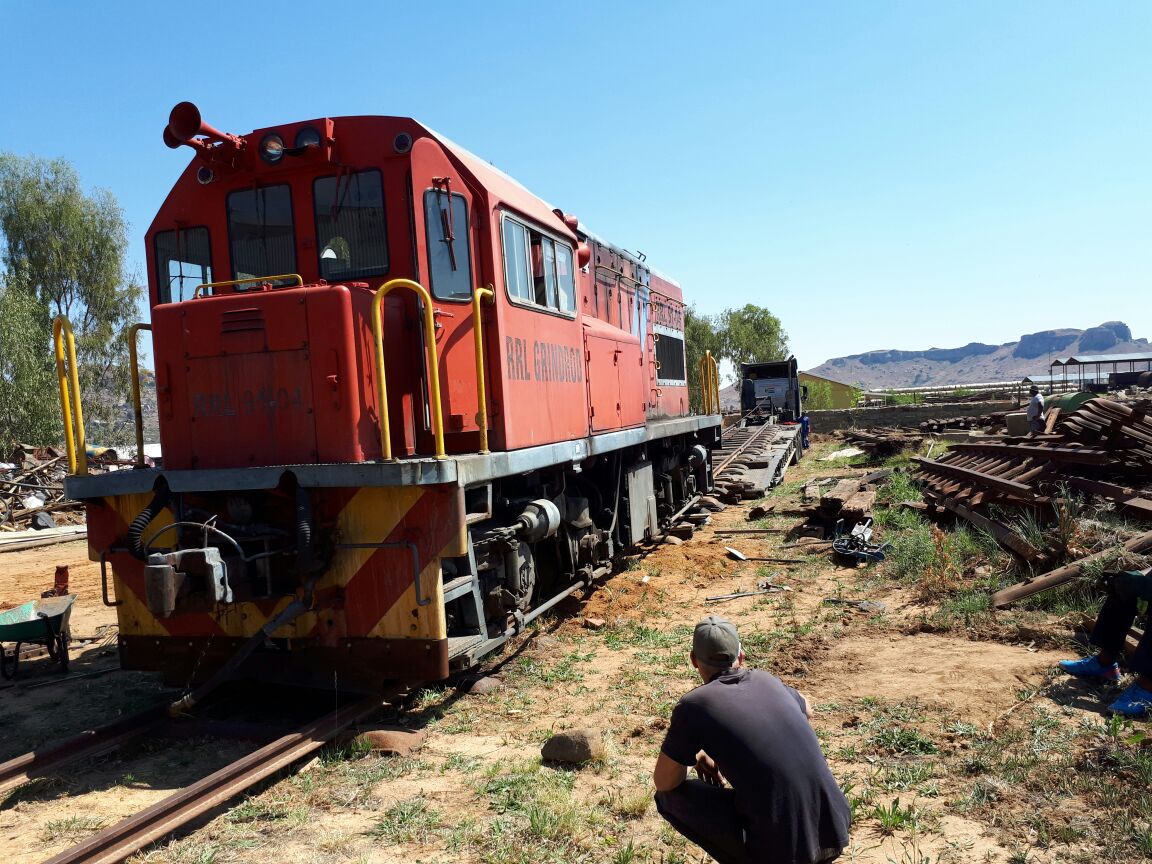 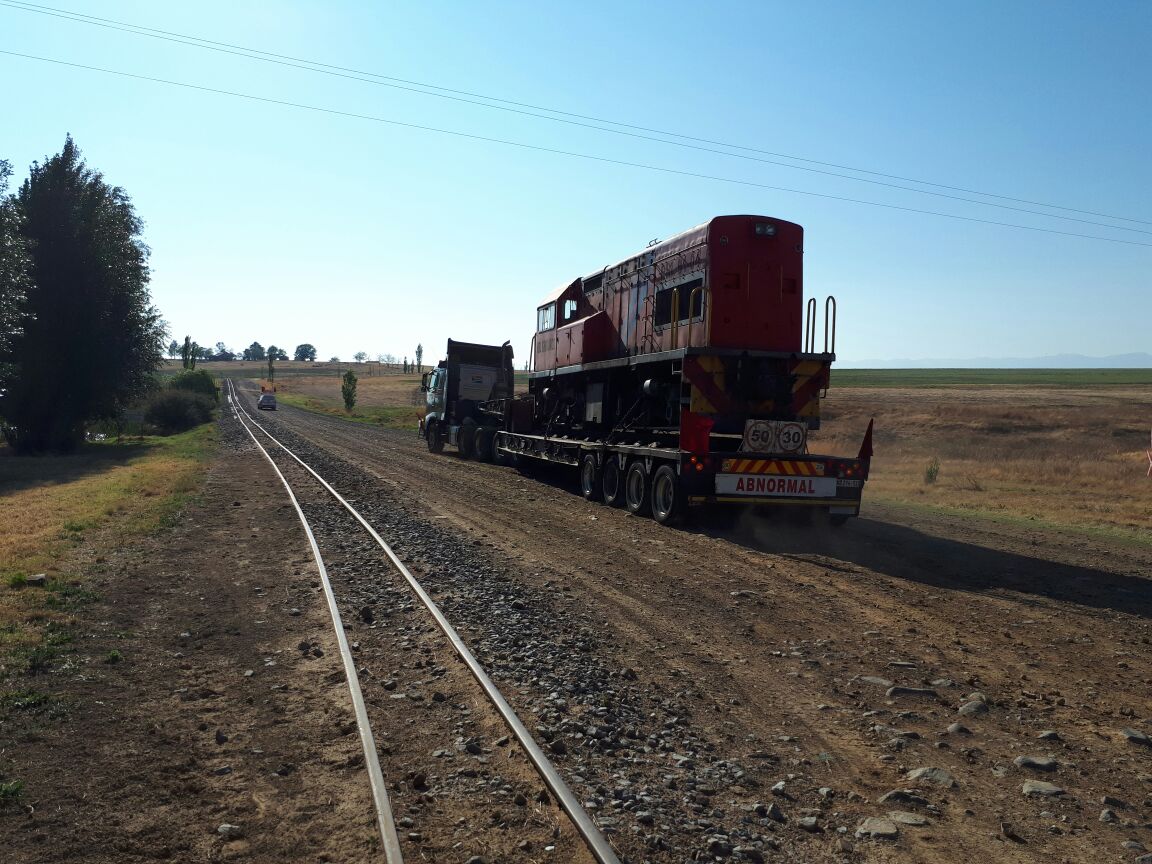 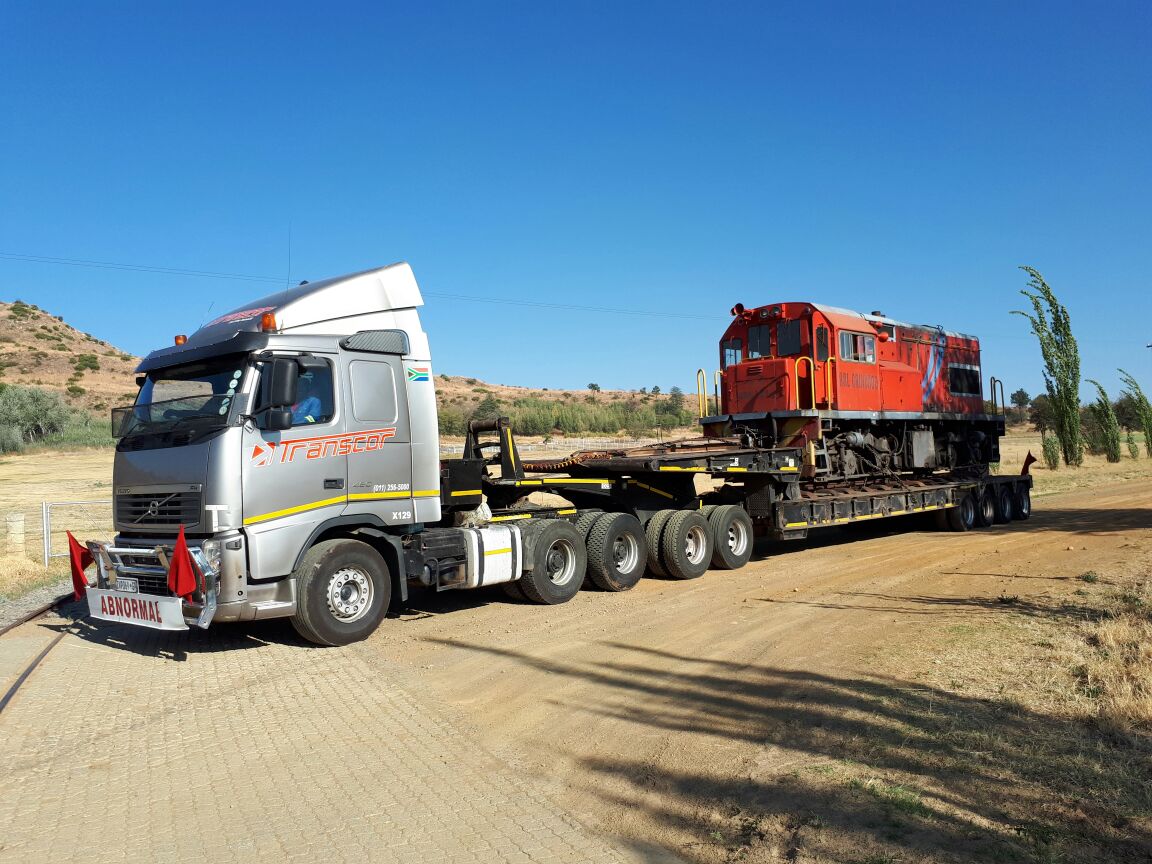 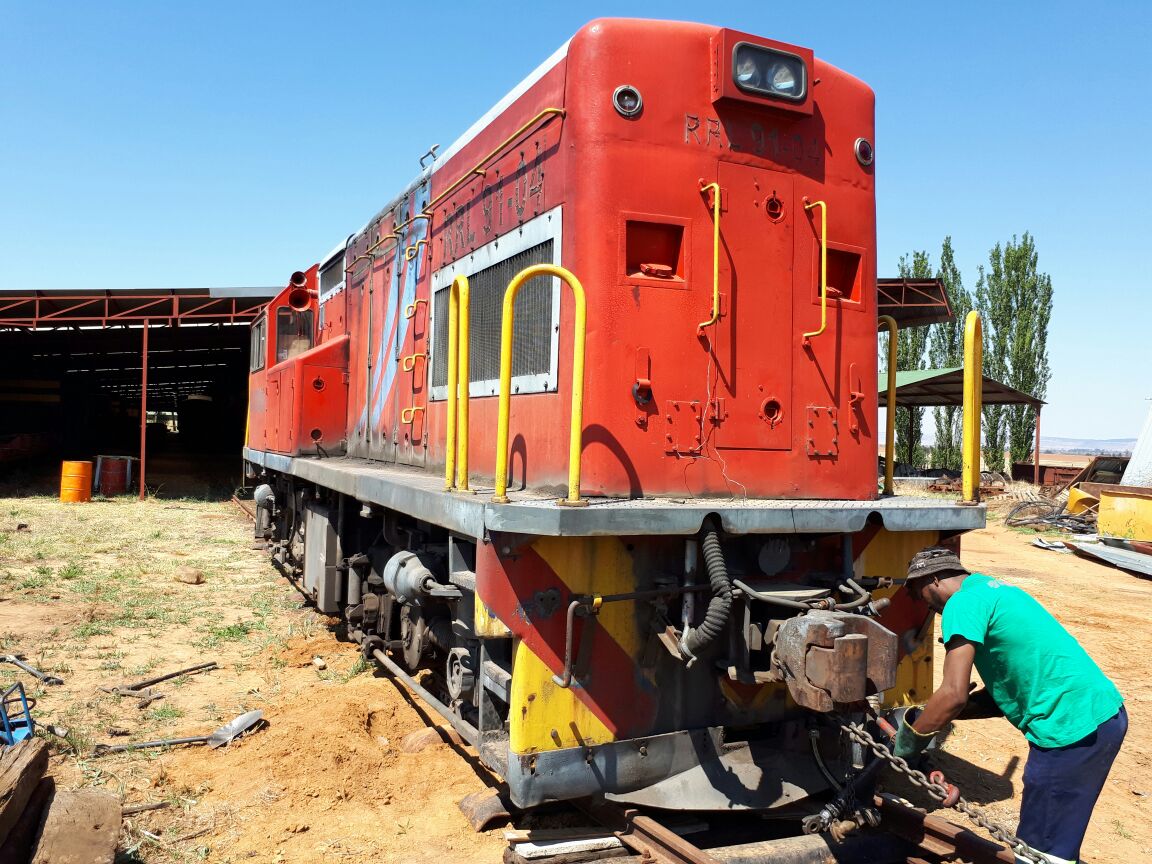 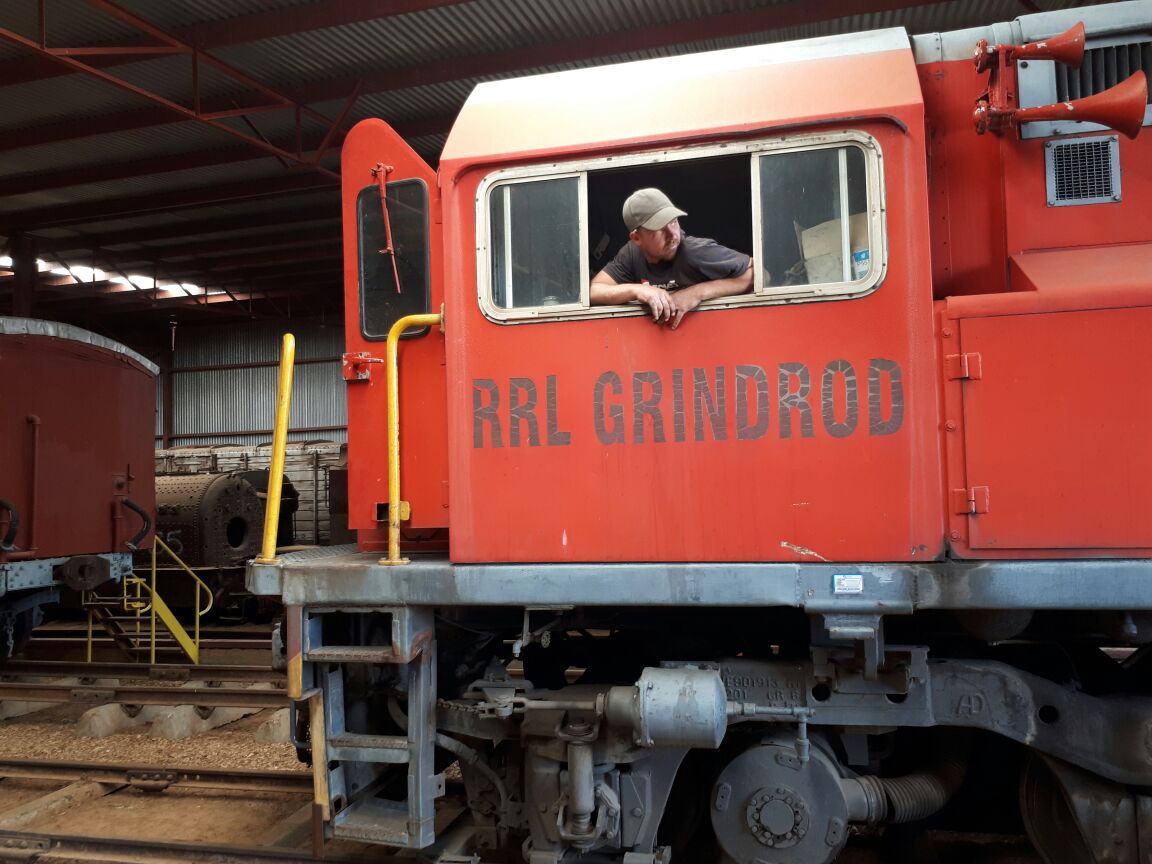 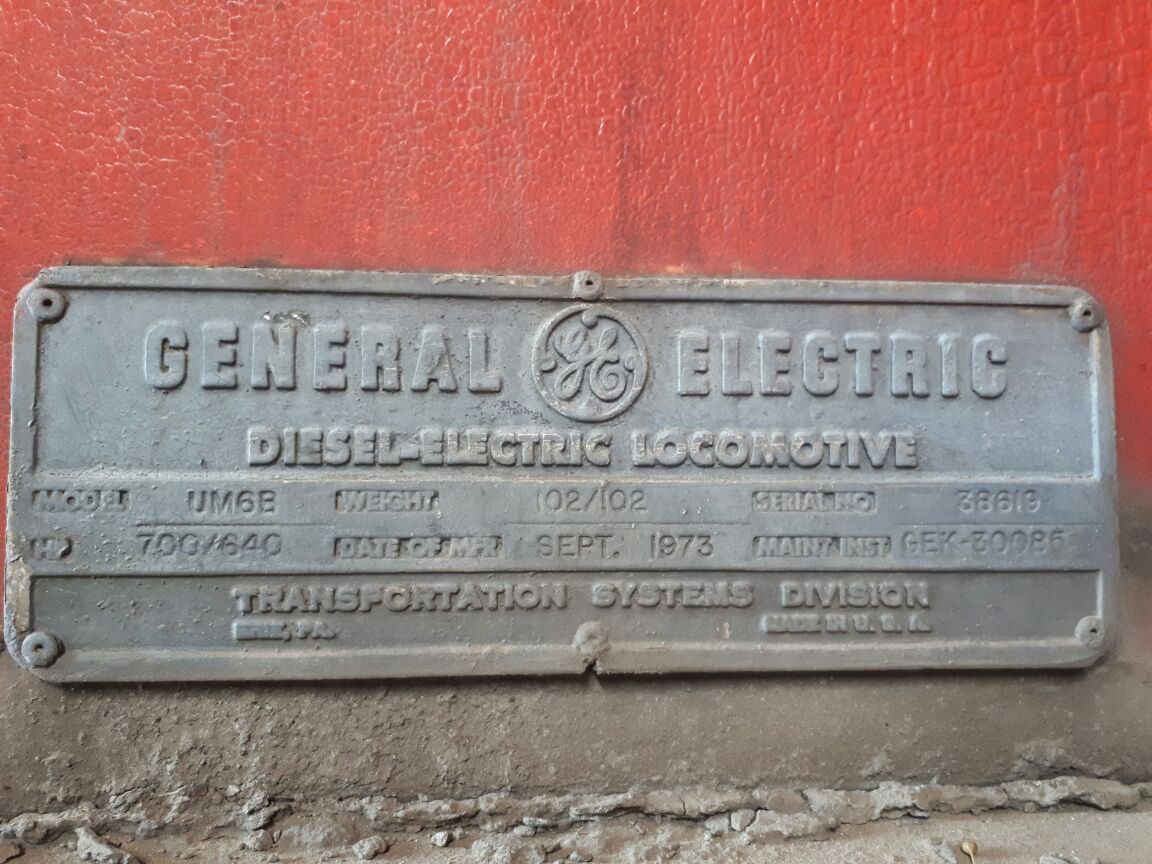