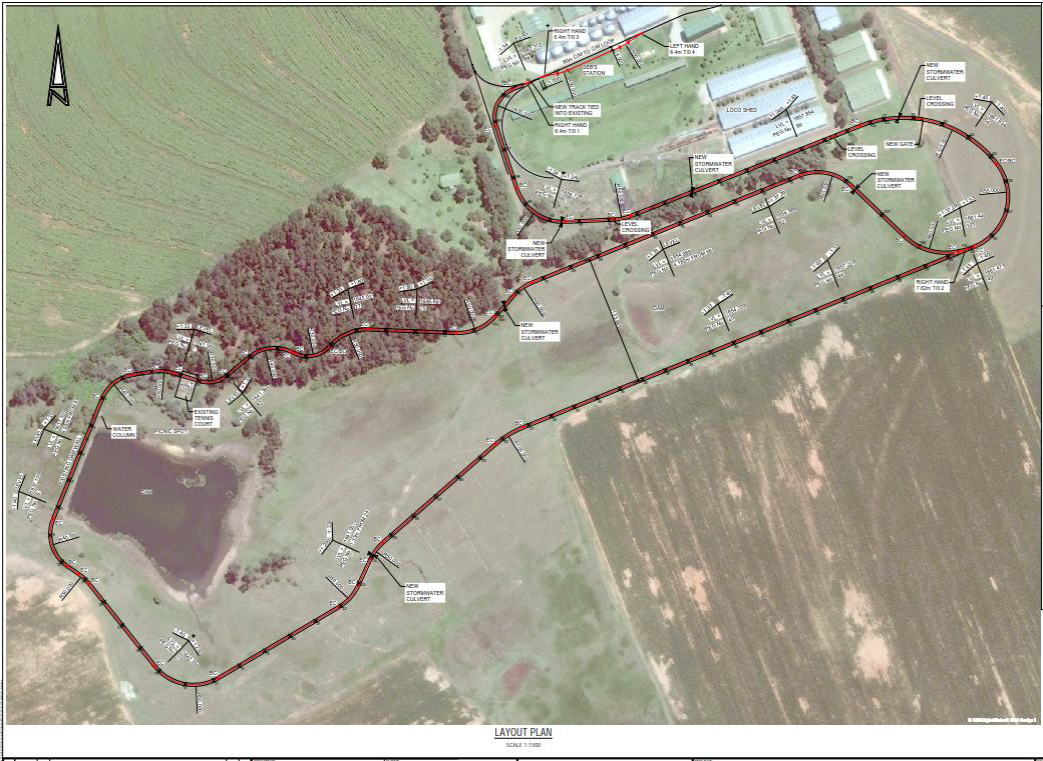 Construction at Sandstone is moving ahead of the new line designed primarily for our younger visitors (although our adult visitors will love it too!) that runs from the grain silos and along by the loco workshop to a large loop around the dam in the south east of the Sandstone complex. After last year’s drought, Sandstone has been experiencing exceptionally heavy rain which has slowed progress but the line is till on target for a grand opening at the Stars of Sandstone 2017 event at the end of March. The line is to be named Seb’s Railway after the grandson of one of Sandstone’s directors. The map below shows the layout of the new line and ongoing progress can be followed in the weekly steam reports via the regular links published on this page