Our Heavy Haulage fleet has completed the extraction of all the tankers which were offered on the scrapping tender in Port Elizabeth which was awarded to the Sandstone Heritage Trust. There were a total of 5 tankers on the tender. They are as follows: 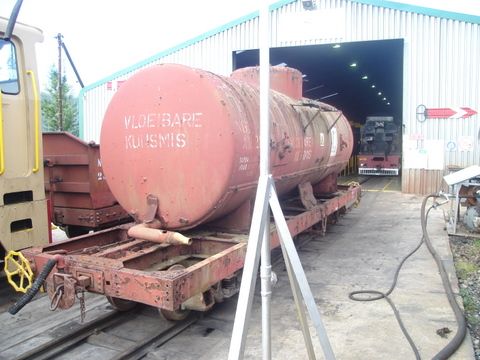 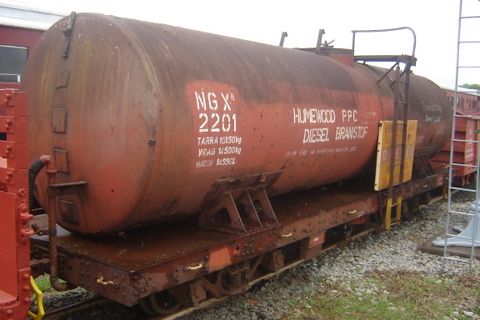 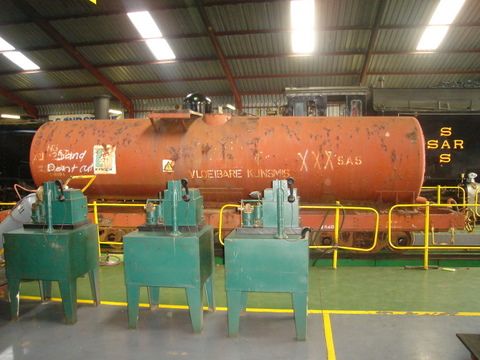 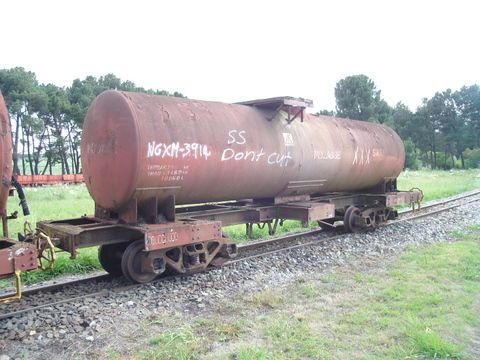 The pictures below give some idea of the logistics involved.

The tankers were based at Chelsea which is somewhat inaccessible and as a result
a large off road crane had to be hired. Our pictures show the loading operations. 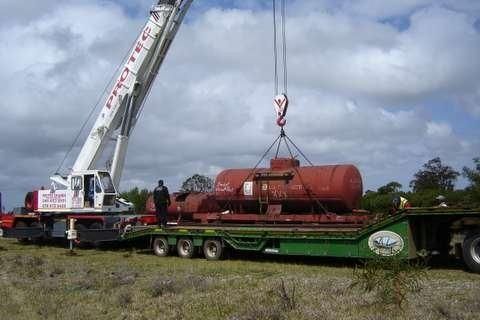 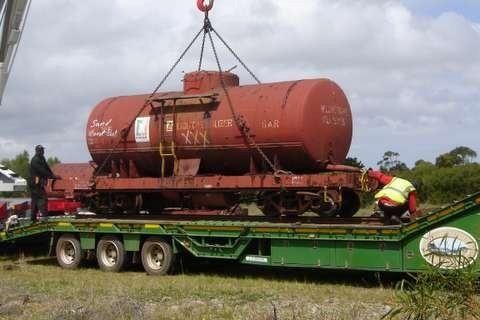 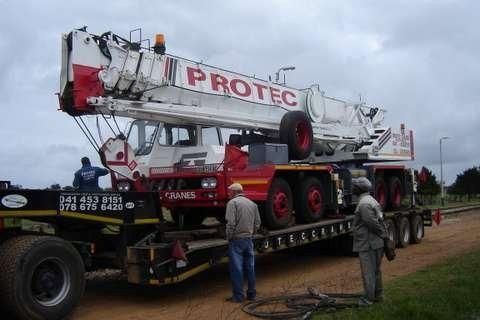 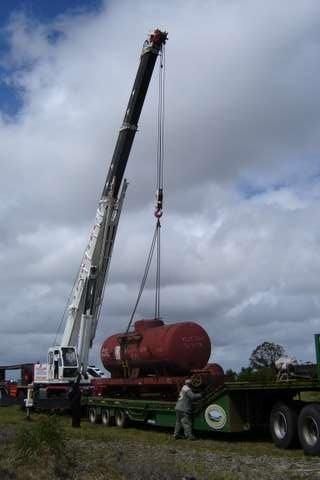 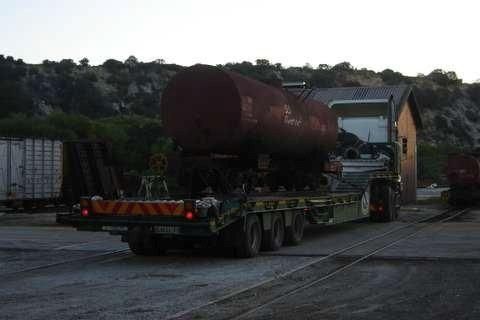 After these tankers were loaded at Chelsea they were transported using
Sandstone Heritage Trust heavy vehicles to the Diesel Depot at Humewood Road
where they were offloaded and put in temporary storage. 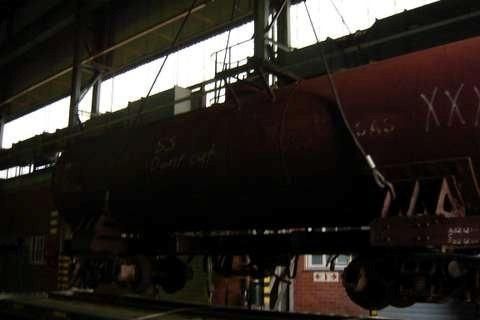 The overhead gantry crane was used to offload them. 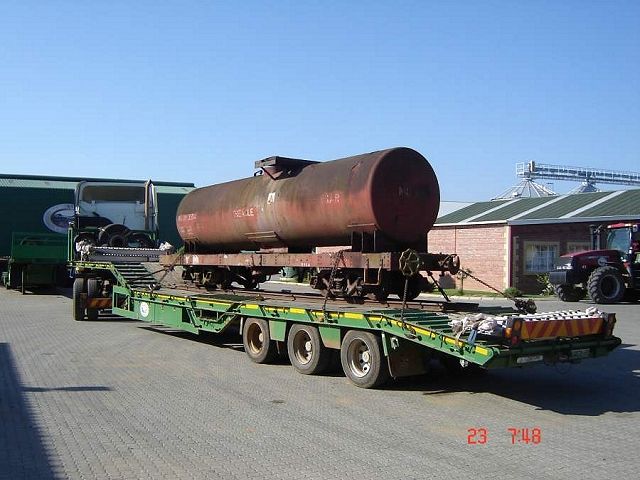 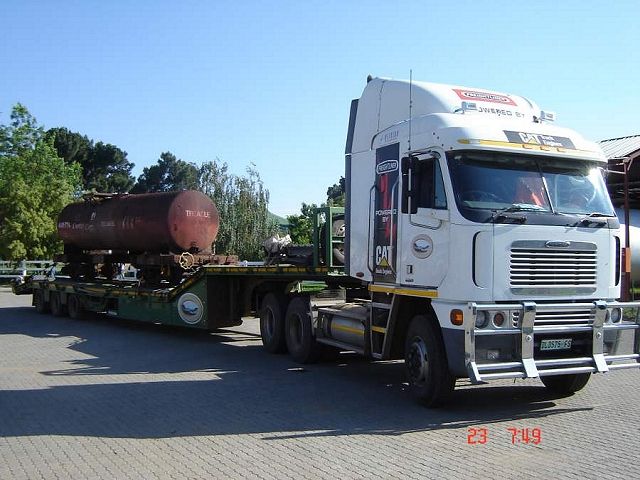 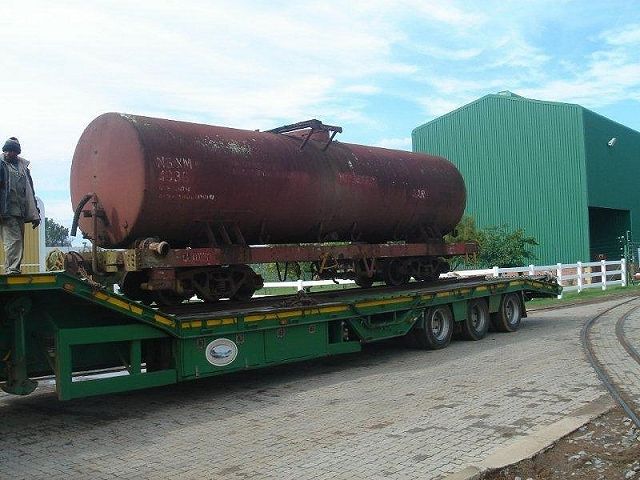 The tanker still on the truck 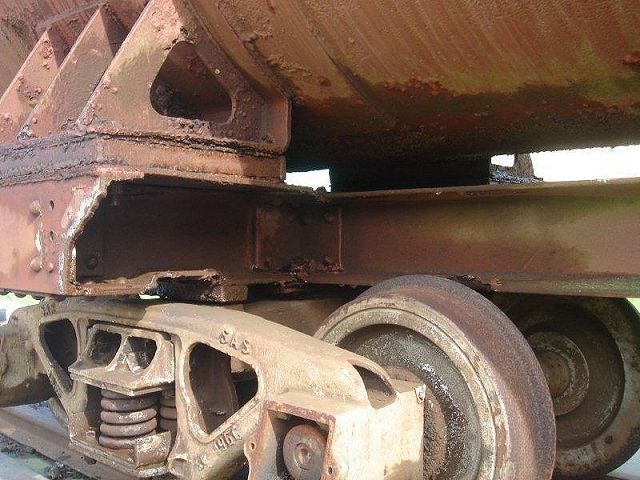 Unfortunately like so much of the Narrow Gauge equipment that is based near the coast
the rust will ultimately destroy the assets unless they are very well maintained
or removed to a rust free area. 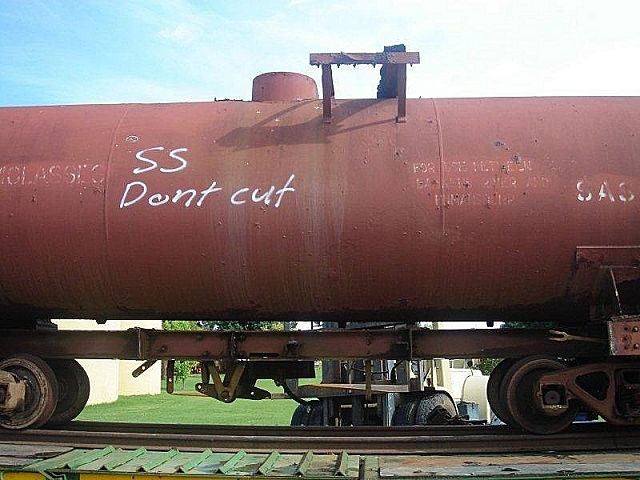 The tankers that have been recovered were used for Molasses,
liquid fertilizer and diesel, amongst other liquids. 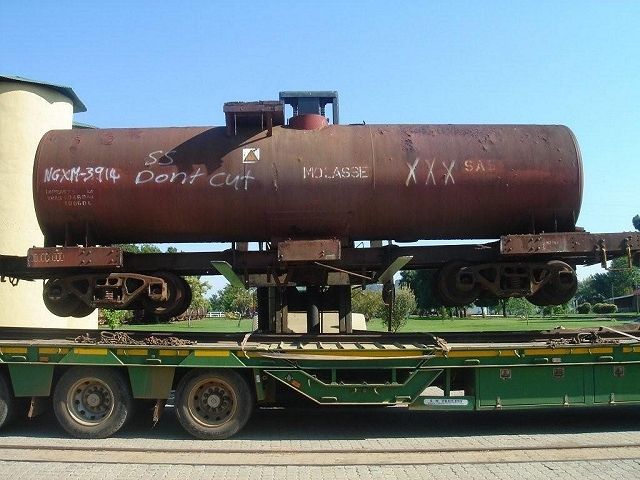 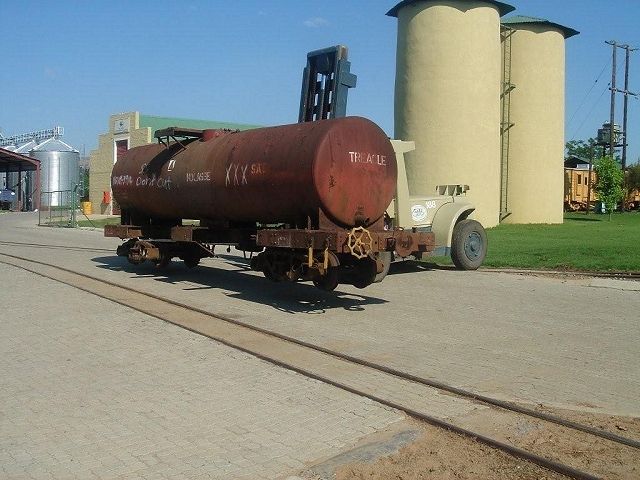 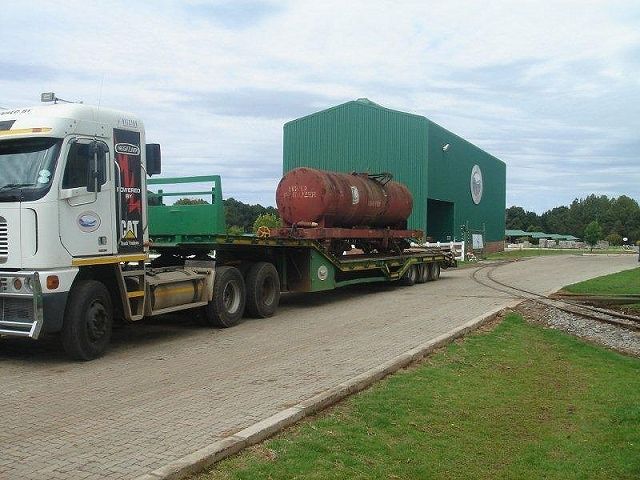 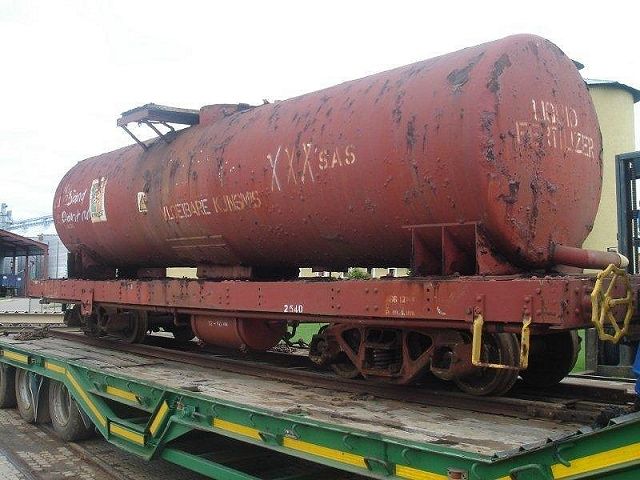 This picture clearly shows that the rust is getting a grip on this tanker.

Our 10-ton forklift makes short work of the offloading. 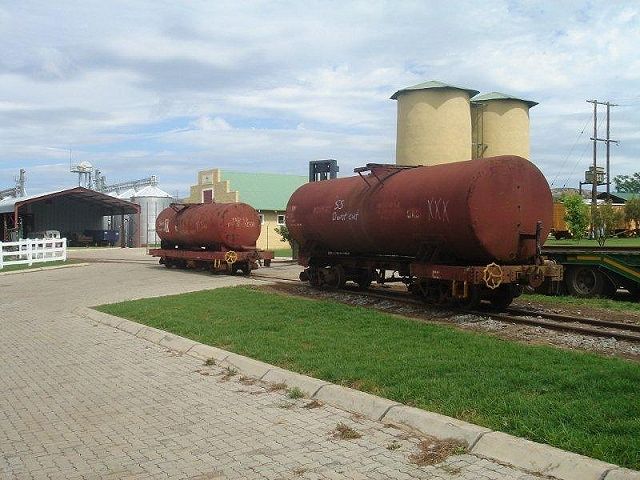