We decided to plant wheat for the first time in some years this season and, based on experience from the previous plantings, we have planted two different cultivars – one called ‘elands’ being an all rounder we have had good results with in the past. The second is a newer ‘spring’ cultivar that has been planted in our area in previous years, as late as 20 august, namely ‘SST 374’.

Apart from planting a later ‘spring’ cultivar we decided to start planting later, meaning that we did so when most of the farmers in our area had already finished. Our reasoning for this is that we noticed that our rains are later than those we are generally used to, thus we are trying to synchronise that when the wheat plant needs water the most we will have rain. If we can do this we should have an above average crop, making the wheat financially viable. Below are some pictures of the planting process. 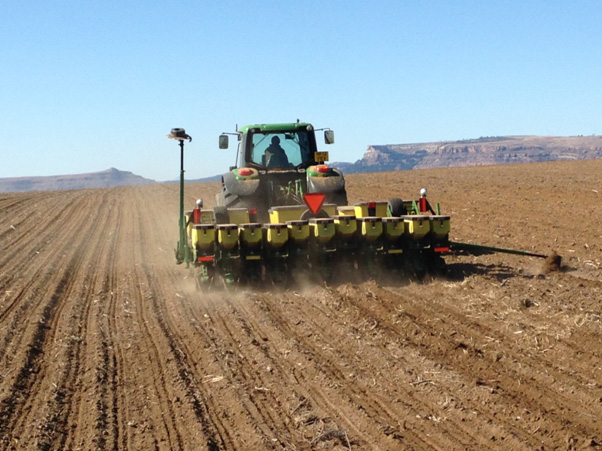 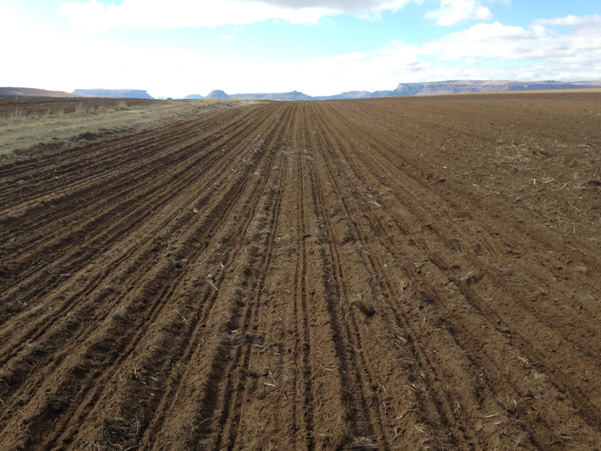 Below are some pictures showing the germination of the seed. The wheat seed has almost doubled in size in the picture above and it becomes soft as it fills up with moisture. When this happens a reaction is triggered in the seed and it starts pushing out the plant. It does not matter which way the seed lies; the plant goes up!

The ‘eland’ was the first to show above ground as shown in the pictures below. 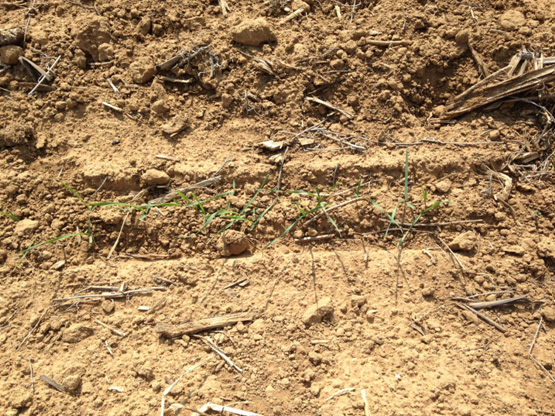 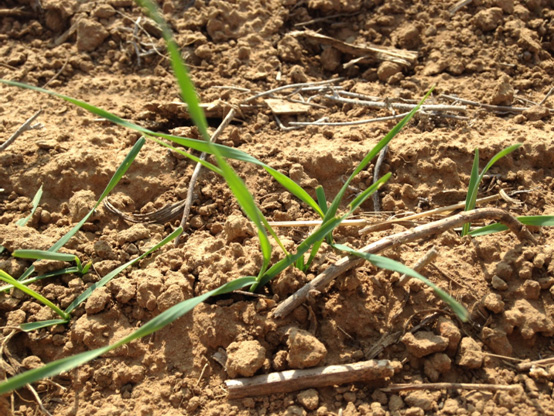 As the pictures display, we had very good germination and a healthy plant population.

The pictures below were taken 3 weeks after planting and they again show a good germination and healthy plant population. 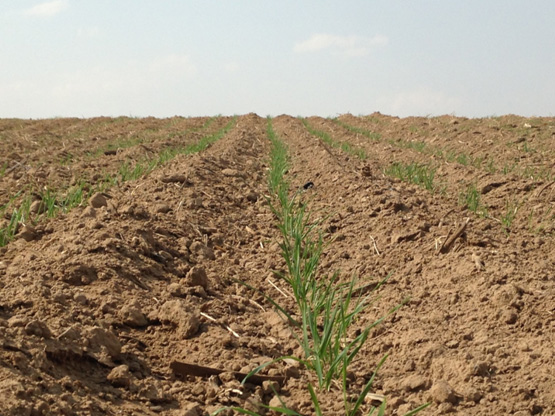 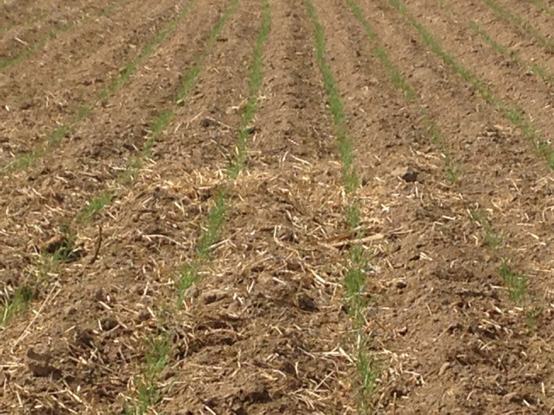 We will follow up this report in a week’s time to show progress on the ‘elands’ and to show germination and development on the ‘SST 374’.

Article and pictures by Des Clarke.