Moisture levels have remained a little high this year so we are struggling to find lands where the moisture has dropped below 15% which is the cut-off point. However, so far by moving around we have been able to maintain production. 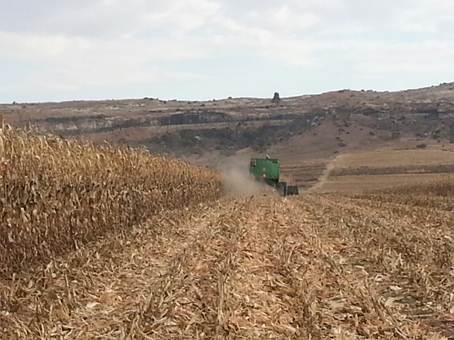 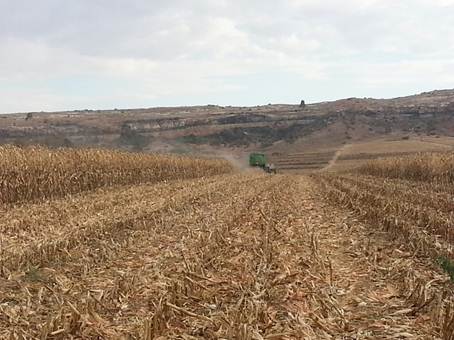 We started at Sekonyela, which had some of the short growing varieties. We have two John Deere STS combine harvesters and one Case Axial Flow harvesting maize. This brings in an average of about 350-tons per day. 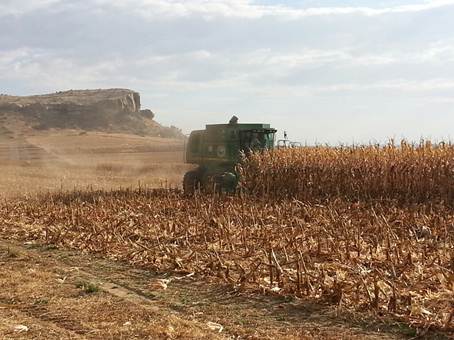 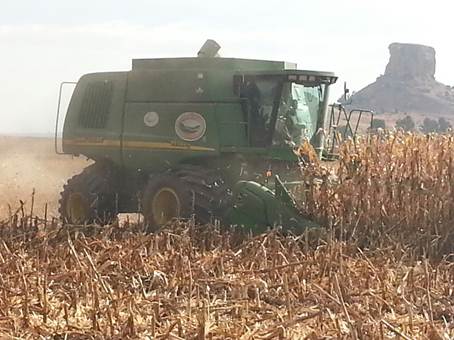 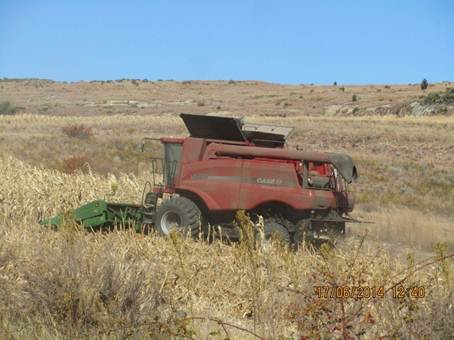 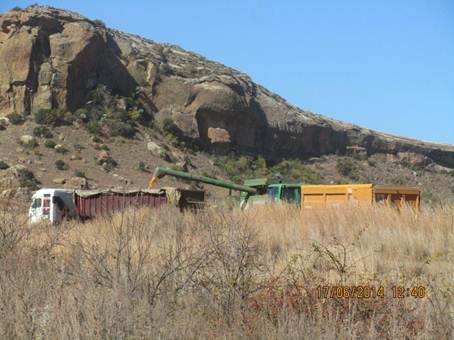 Always under the shadow of a big 200 million year old mountain. The top of that mountain was the bottom of a seabed so our combines are working below pre-historic sea levels. 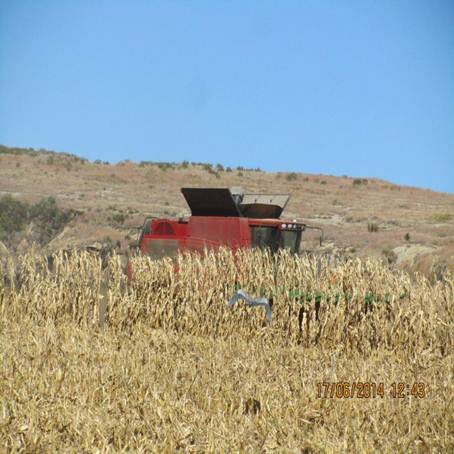 The axial flow in the thick of it 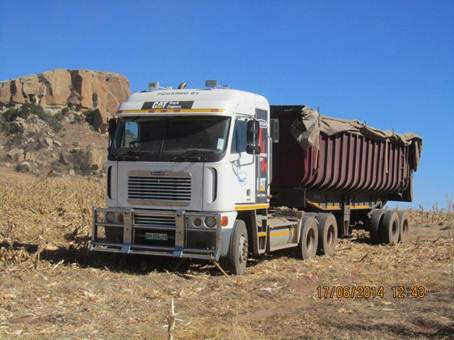 One of our two big trucks standing patiently in the lands 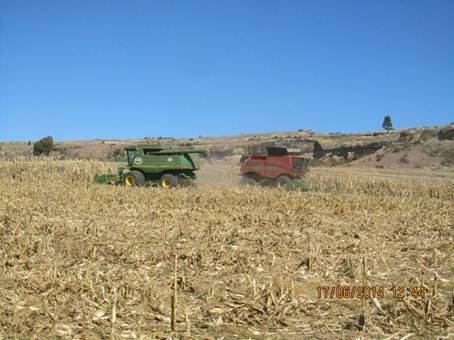 The John Deere and Case working together. 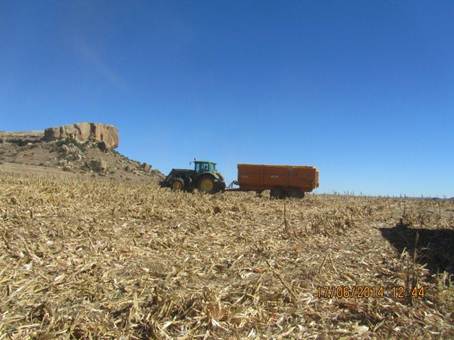 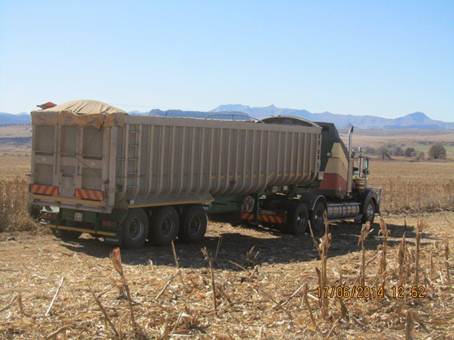 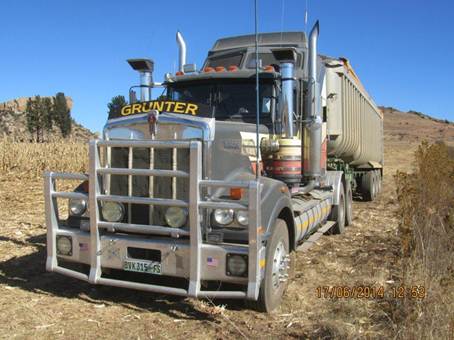 The front end of the rig 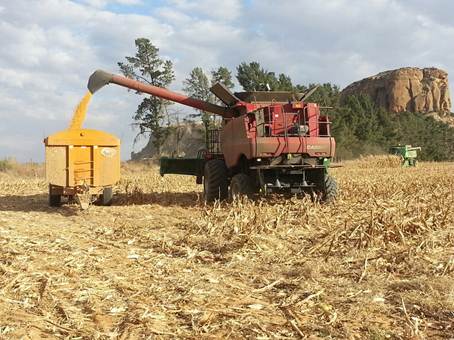 Our STS filling a Richard Western. The combine harvester holds about 7-tons before it has to discharge. 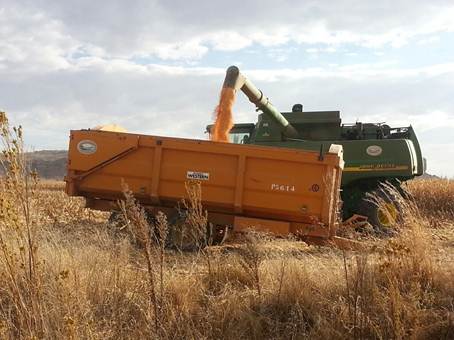 The Richard Westerns are drop and go trailers. They can be left as is and picked up mechanically without direct involved by the operator from the cab. This means one tractor can operate multiple trailers. 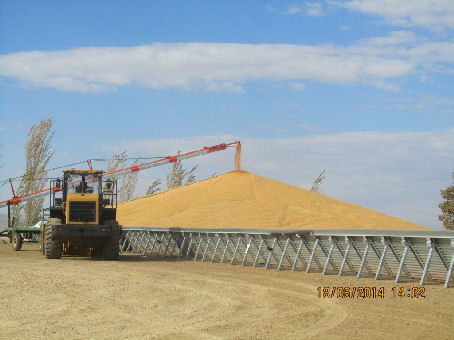 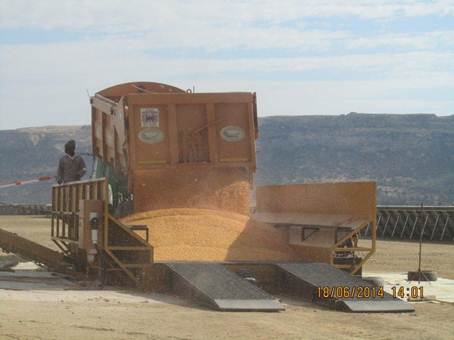 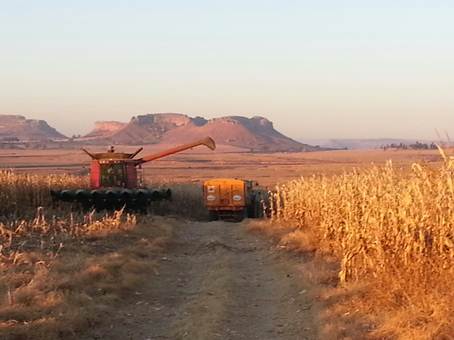 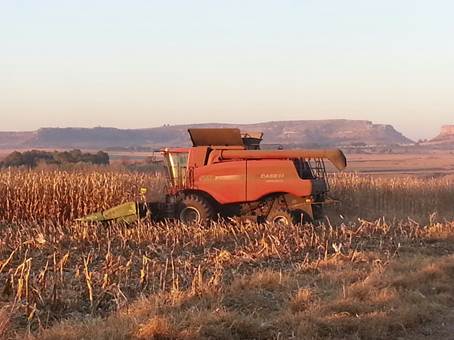 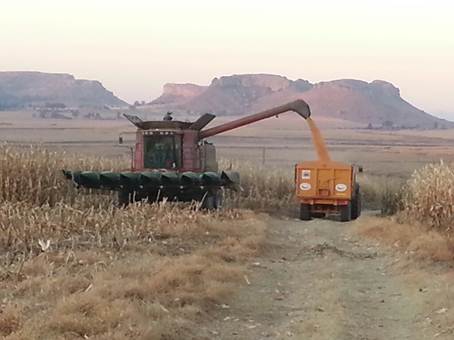 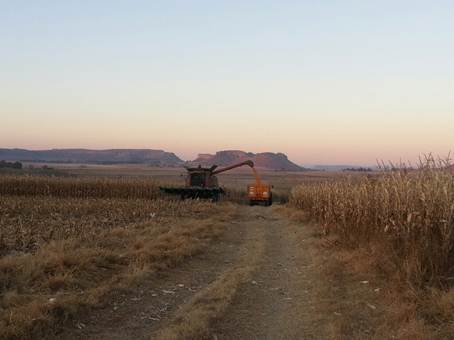 As always the men and machines continue through the twilight into the dark and only stop when the dew causes the moisture level to rise too high.