The Mk IV Sherman Tank that was made available by the South African Defence Force School of Armour in Bloemfontein and which has been undergoing major reengineering work for the last 8-months is now mobile. The following report has come in from Jan Fouche who is in charge of the restoration team.

"We drove the Sherman for the first time a week ago. It has got a lot of power and goes well. We however had a problem on the gearbox not selecting reverse. The guys from PK Bus Services came yesterday and corrected the problem.

The biggest obstacle we have is that he cooling system does not work well enough. The radiators are big enough but the single cooling fan (which acts as an extractor fan) does not create enough air flow through the radiators and will have to be supplemented by adding two 24V electric fans onto each of the two radiators. These will be mounted into specially built cowlings in pairs with each pair mounted directly onto each radiator and with the existing fan then used to draw all hot air from the engine compartment.

The original oil coolers were in such a state they were not repairable and we had to buy new oil coolers and we also had to buy high pressure 50mm hydraulic hose to use as radiator hoses as we needed flexible hoses to enable the complete radiator pack to swivel to be able to reach the engine.

The oil coolers are mounted on top of the radiators compared to the original ones which were mounted inside the tank in the firewall which meant that special 4 metre high pressure hoses had to be made for the coolers.

The next problem was that the original oil pipes were all rusted away completely and all oil leaded out of the original gearbox and diff. The new gearbox also needed to be filled and both gearboxes and the coolers and pipes took a total of 128 litres of oil costing R3168 for the oil.

We are also going to need at least 200 litres of diesel to be able to test the tank completely. It seems at this stage that the fuel consumption will be in the region of 2.5 litres per km compared to the original engine's consumption of 9 litres per km."

The tank is now much closer to the Israeli converted Shermans that performed so spectacularly during the 6-day war in the Middle East many years back. Further reports to follow. 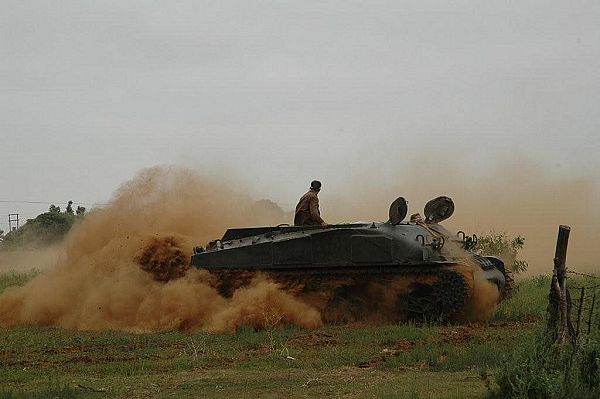 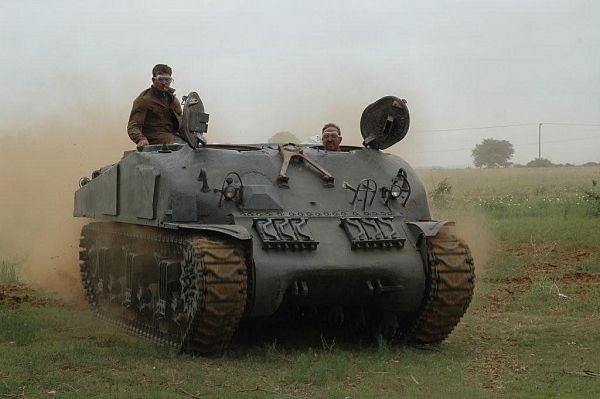