With New Year in full swing, just Hermann and I were available to continue with the stripping, and as we went this time with Hermann’s bakkie (ute), we arranged to bring away all the pipes we loosened off last Monday, along with any more we could remove today.

We had dealt with most of the pipes on the port (that’s left, looking forward as I had to insist on Monday!) side so we started on the starboard side. Some of the flanges had been loosened off on previous visits; also Gavin spent some time on board yesterday, loosening off what he could on his own.

In the meantime, Hermann has been able to ‘open’ the CD we were given with all the drawings of the vessel. These are a great help now and will be more so during reassembly. 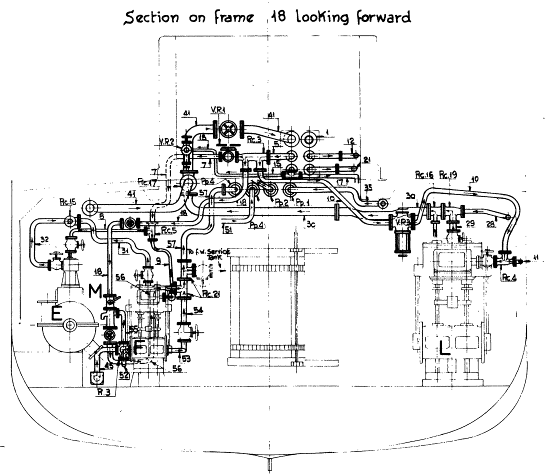 The cut line is along the deck, just visible as a dotted line.

This is what it looked like before we started stripping: 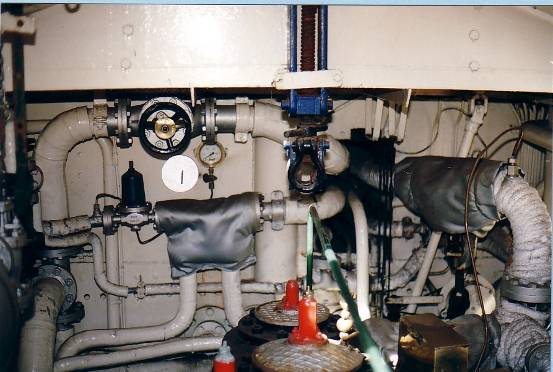 This is what it looked like by this evening: 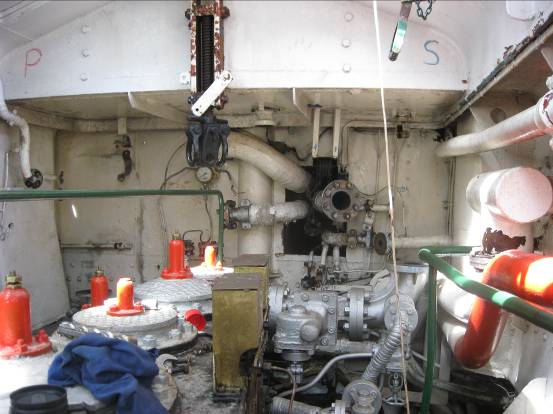 The cut line is along the bottom of the rectangular opening. We also had to disconnect the four chains from the engine room telegraph and the diagonal shaft between the water-tight bulkhead and the external control-wheel for it, visible in the upper photo.

Some of the other drawings have been useful in determining the 4.5m maximum height line as measured from the keel, for transportation by road, to clear Eskom and Telkom’s lines. 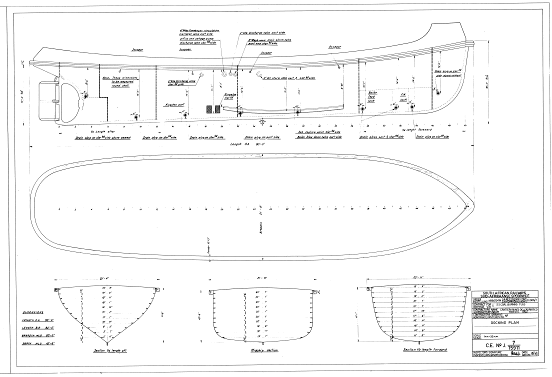 The boat floats with the front of the keel 2’ higher than at the stern, but a line drawn along the keel and a parallel line 4.5m above gives this:

The entire coaming and probably the winch at the front will have to be removed and a small piece at the jackstay in the stern. The cover will have to come off the steering gear. The Officers’ quarters superstructure was already removed to fit and remove the diesel engine and is bolted; no problems there! The line over the engine is interesting, there’s plenty of clearance over protrusions from the top of the engine as seen in the photo above. We have some lee-way with the height of the superstructure over the boiler and under the wheel-house. The boiler could stay in, but we plan to remove it.

Having spent the day fighting with bolts which wouldn’t loosen, broke off or stuck in holes after they had been loosened we still had to carry each pipe, valve or fitting (and our tools!) over the SAS Somerset and about 100 metres along a board-walk to the vehicle, which managed to swallow it all! 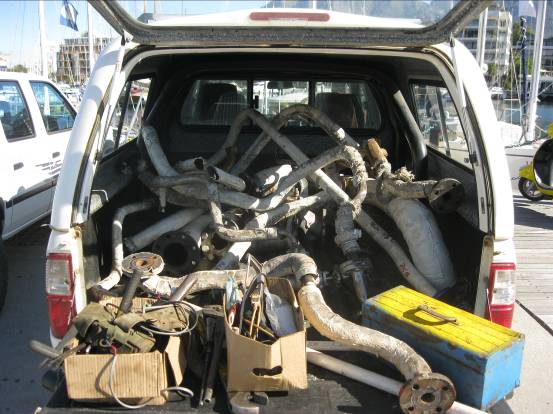 All the pipes, including the main steam supply are copper and the flanges are brass or bronze (the drawings give specifications for each). Once we’ve removed the lagging, it would look impressive if we left them all uncovered!

During the day I climbed what remains of the mast (it’s not the height but the rust that’s scary!) and hung three old CDs from the top. All the buildings in the Waterfront have rotating pyramid mirrors which chase the birds away. The grape farmers use CDs suspended from poles, so the dodge might work. When the sun came out after a rainy start to the day, reflections from these discs were darting around on any surface. Let’s see if it works with the Cormorants! 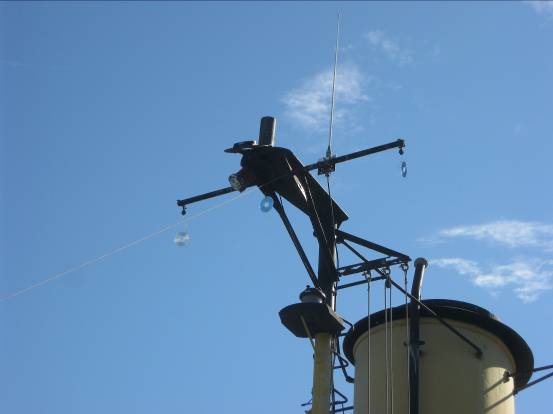 Before leaving, we crawled all the way around the boiler, checking for pipes to remove. There aren’t many, but we could also struggle with the bolts!

Our boat is looking quite snug under its blanket of shade netting! 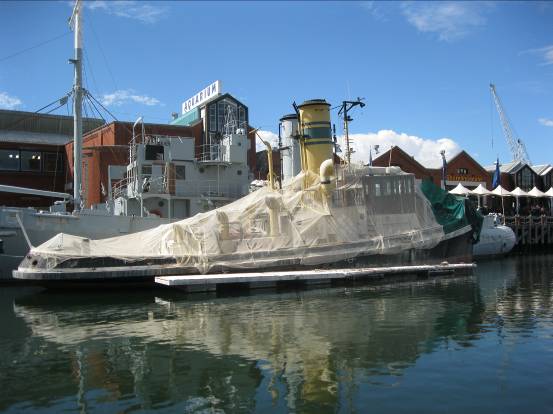 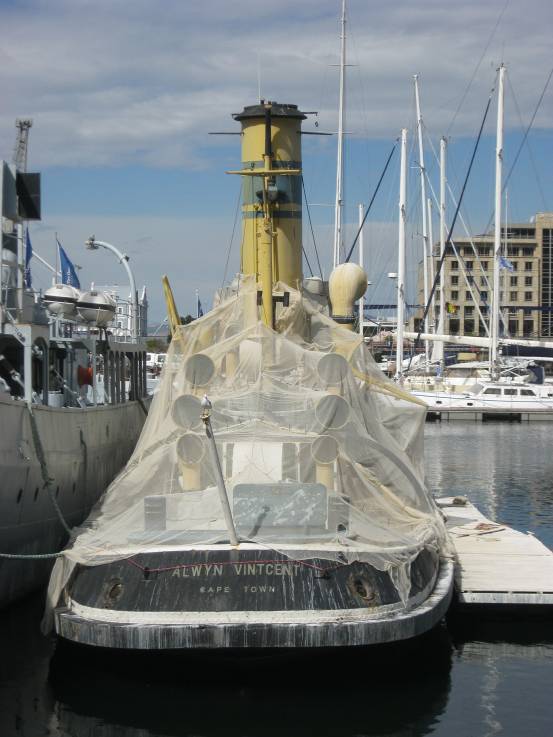