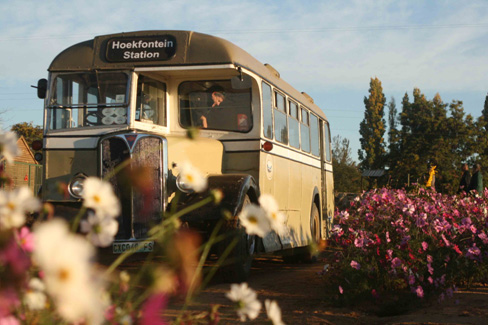 The AEC amongst the Cosmos at Stars 2014. Photo by Alex Reichle

A well-known favourite in the Sandstone collection is the 1951 built AEC bus originally from Wales. In the collection since 2001, this rare Bruce bodied AEC Regal was donated to Sandstone by John Allen who bought it in Wales in 1971 and brought it with him when he emigrated to South Africa in 1991.

After enquiries from the Cardiff Transport Preservation Group (CTPG) in 2014, Sandstone’s trustees decided to release the bus for export back to Wales. After raising the funds required, the CPTG confirmed their intentions and the bus left Sandstone on the 18th December in transit to Durban for the sea voyage to Europe. 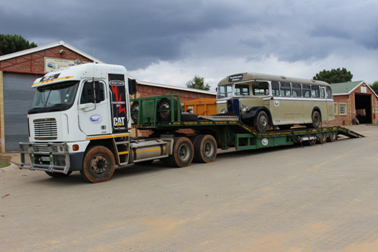 Sandstone is not a dealer in Heritage items but there are occasions when we cooperate with other parties whose interests are completely genuine and we make the decision that the item in question is better with them than with us. A bus that used to spend its life travelling between the different villages in Wales is slightly incongruous in the Eastern Free State. 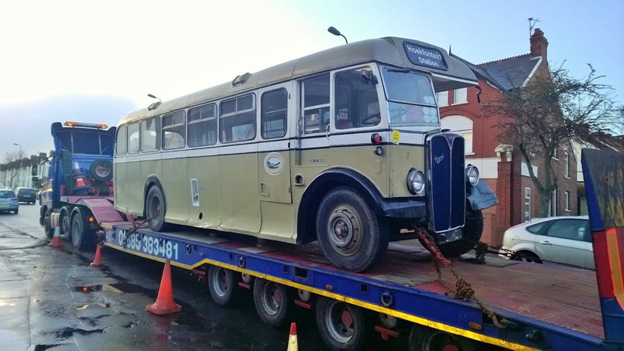 Arrival in Barry after the journey from Southampton Docks

Our Bristol bus on the other hand was supplied new to Welkom Municipality which gives it a powerful provenance for it to be with us in the Free State.

The export of the bus has been extensively covered by the Welsh media as the following links show: 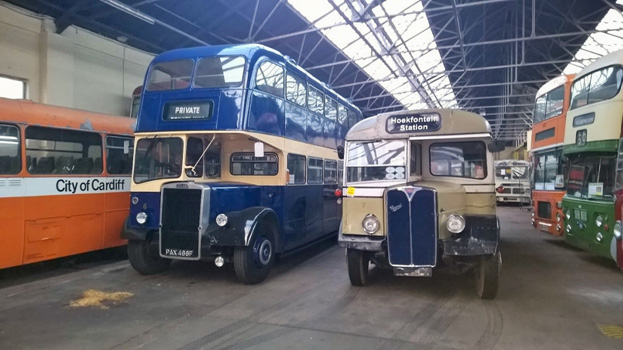 Alongside sister No. 6 after starting on the button to be driven into the depot

The visitors must be wondering where in Wales Hoekfontein is! Both photos by Mike Taylor

For a full story and history of the AEC have a look at John Allen’s story on the Sandstone web site.