A galvanised steel lining was cut and bent up during the week, so I was keen to see whether it would allow the meal to flow more easily. 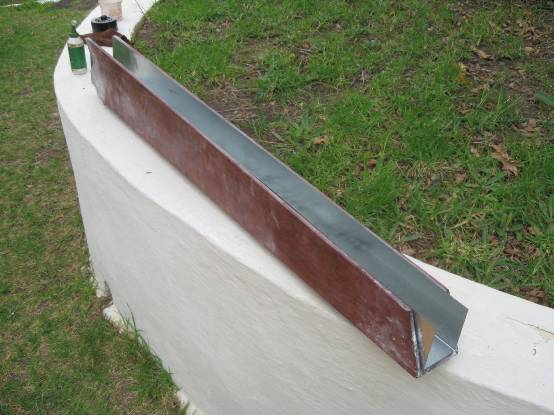 Both ends of the 0.5mm sheet needed to be trimmed, a job made easy with both left and right hand ‘aviation’ tinsnips. The fit in the wooden mealspout was good, so I tested it first before glueing it in. I prepared a small batch of grain and was pleased with the result. 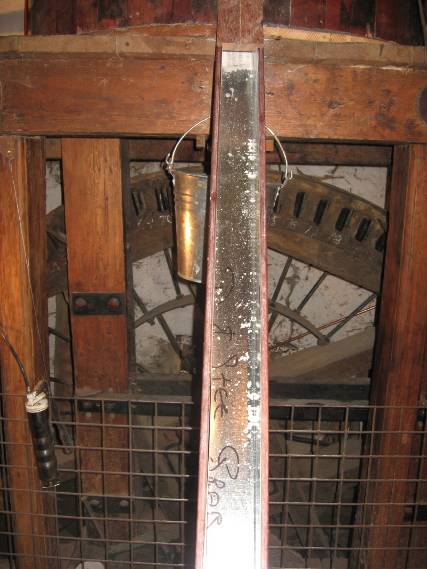 Later on, I applied some Balcotan Rapid after wiping the metal and the wood with thinners and clamped it in place. 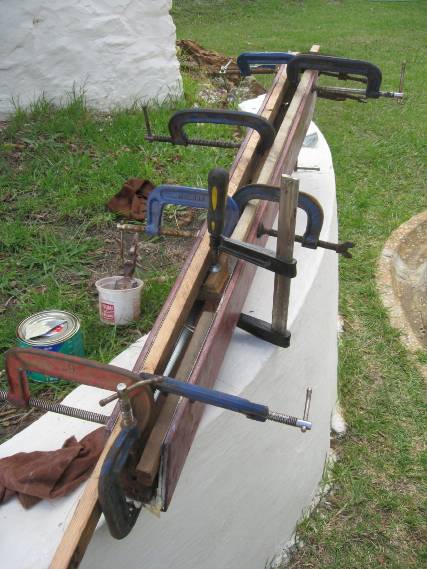 Apart from showing just two groups of visitors around, the other job was to experiment with varying amounts of ‘Meranti’ tint in a litre tin of Woodoc 50, for the new trunking of the main elevator. Would it dry darker? How much darker would a second coat make it? The picture below shows the the first coat on the side, the unpainted wood at the front shows how light it was. 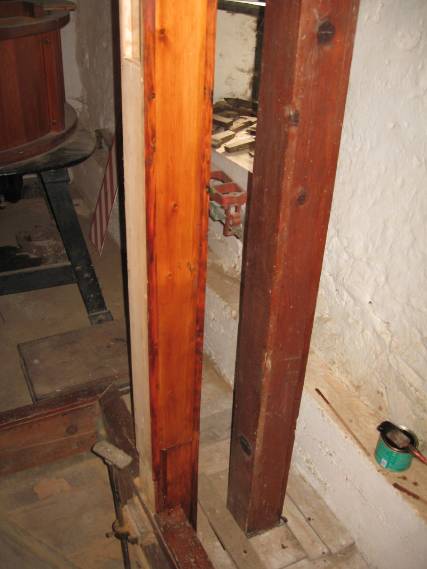 After a second coat, the colour was closer. 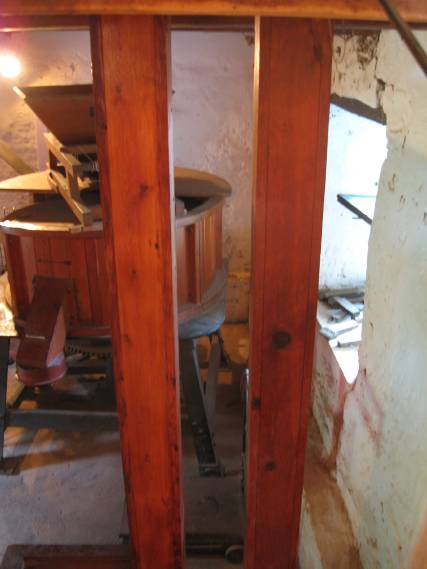 After a bit of cake-flour has settled on it, I don’t think it will look any different!

I made some preliminary measurements for the short spout to feed the grain cleaner from the main elevator: 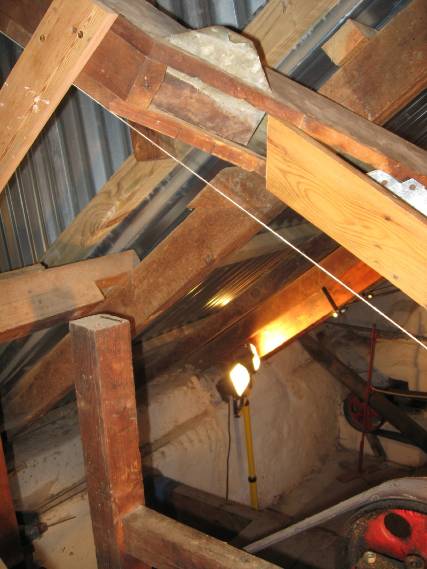 As it was Easter Saturday, I had no wish to be on the road late, so after this, I packed up.