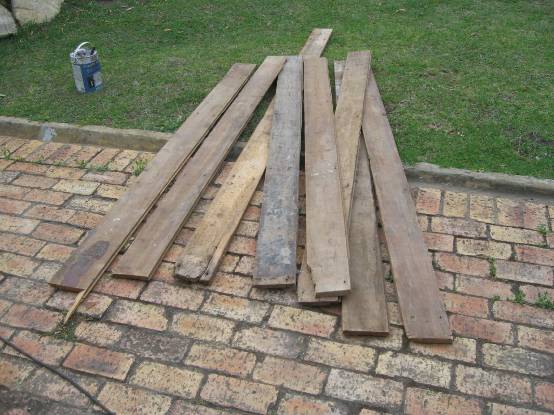 Out of these planks, I must make the trunking for the main elevator, the delivery chutes from the top of the main elevator to the mills and grain cleaner, and replace some floorboards. I have a feeling I will still run out!

I measured up for the sides of the elevator trunk which are much narrower, and selected two of the worst planks and started sawing, but soon realised it would be much easier to do this at home. 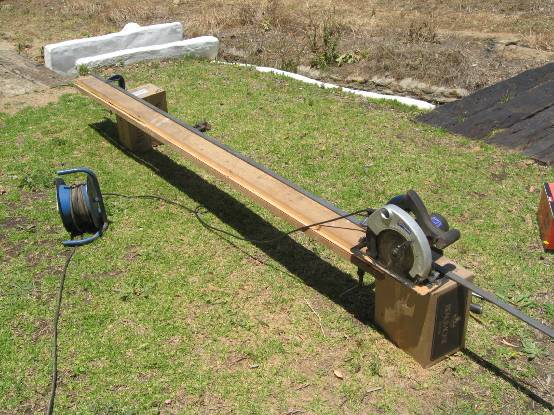 So I rather concentrated on building up the support for the ends of the lifting beams, which I started last week. 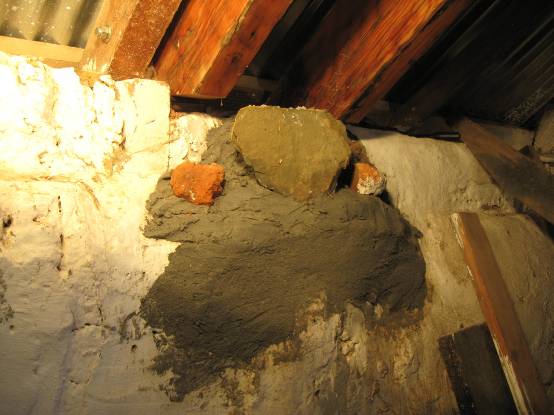 Trying to stay in keeping with the vernacular style of the wall, I built in a rock and a couple of old bricks, some of which will be exposed. Later, with some plaster primer on last week’s efforts to gauge the effect, I think it will look ‘genuine’! 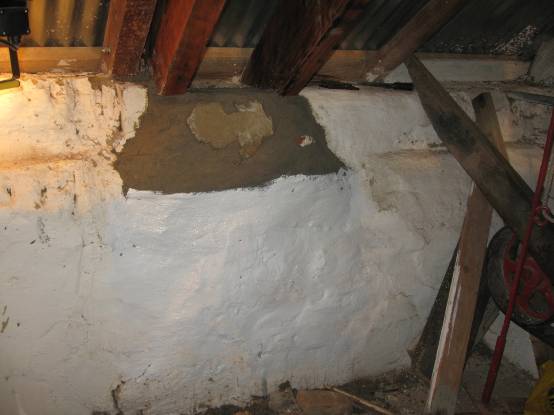 At the other end of the beams, I gave last week’s new cement under the bottom beam two coats of the same plaster primer. Next time the place gets a coat of whitewash, it will blend in so it won’t be noticeable.

I think I can safely say that with the addition of the sliding ‘crawler’ which is slightly modified version of what I used before, the lifting beam project is now complete! 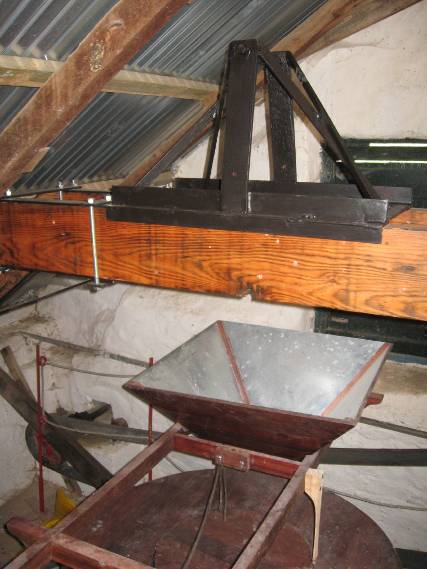 During the day, I had just two sets of visitors; the second was a family staying over in Mill Cottage next door. Eventually the whole family was helping, sifting, weighing and bagging. They landed up taking four bags of the meal they’d just watched being milled. I think they’re still wondering whether they have enough for all the different things they each want to bake! The youngest had just written an exam on this subject; if it had been next week, what couldn’t she have taught her examiners?!