There wasn’t enough water to test the grain cleaner last time, after I finished fitting the screens. Although there has been a heat wave here this week, I was pleased that there was enough water on this visit.

I had arranged to meet Peter and Jill Frow, with whom I’ve been in contact since the beginning of the Reichenau Mill restoration. Peter has been intimately involved with that and although their restoration is complete and the Mill is in the hands of a full time operator, he is still involved in its management. This is his sectional drawing of Reichenau Mill. 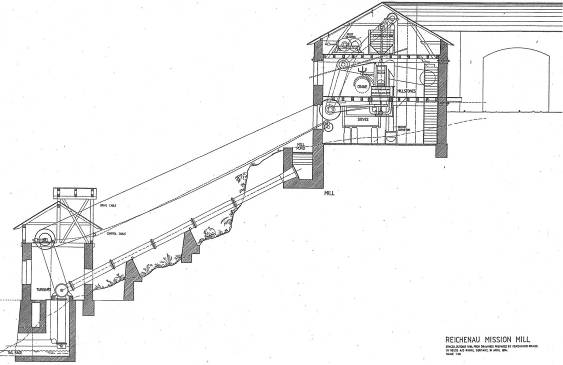 My first job was to make a temporary hardboard lid for the short chute which feeds the grain cleaner, as last time I tested it, grain was thrown all over the upper floor! A galvanised steel cover is on order.

Then the spout needed a ‘sock’ to direct the grain down on to the screen. Again temporary, made from a cloth wrapped around and held in place with insulation tape. 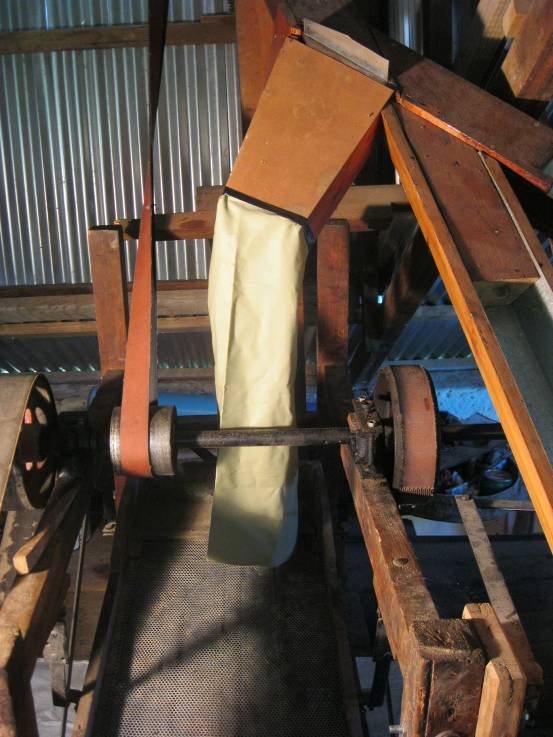 When the Frows arrived, I went through the starting-up procedure with them and, hoping for the best, when everything was running at a good speed, I fed grain into the elevator and opened the sluice for the grain cleaner spout.

Well, to say the least, the results were disappointing! First, the grain bounced on the top screen and some was lost over the edge until I fitted a temporary metal side. Then a lot of the impurities went through the top screen. Those which did stay behind wouldn’t move on the screen, so there’s little chance that they will ‘tail over’ at the lower end. But more disappointing was the fact that the ‘clean’ grain wouldn’t move on the lower screen, unless the water wheel was running in excess of 6 RPM, at which stage the whole building shakes with the motion of the grain cleaner. Very little came out of the ‘clean’ spout, and that still had plenty of impurities mixed in. 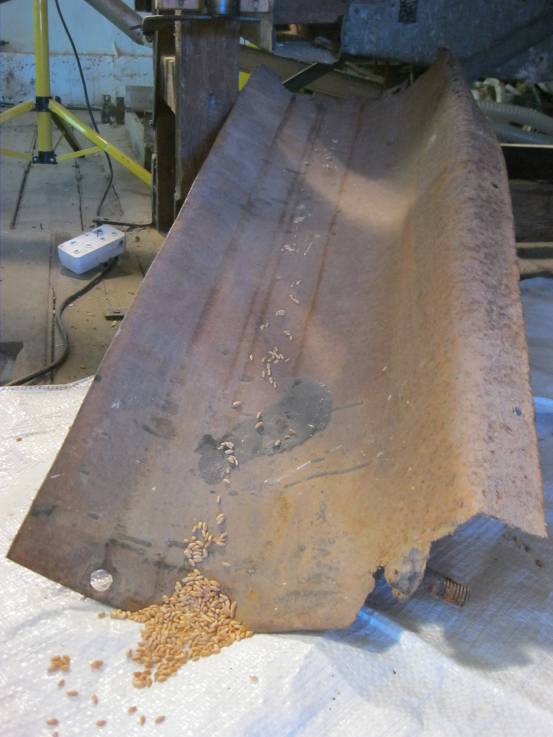 There was yet another surprise in store, grain started coming out of the bottom (dust only) outlet! 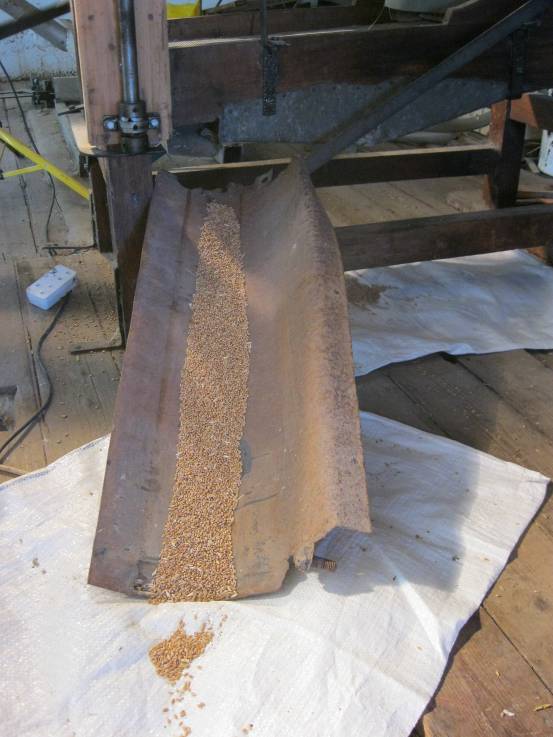 Later on, more grain did start flowing out of the ‘clean’ spout, but one can see in the picture above that there are still plenty of husks in the grain. One can also see that grain is collecting on the bag under the ‘dust’ outlet at the bottom of the machine. Clearly a lot of thinking and work must still be done if we are still going to be using ‘dirty’ wheat.

Throughout the day it was great to exchange stories with Peter about our Mill restorations, each done in a different style; theirs with larger groups of volunteers and lots of materials donated through skilful ‘begging’. Both have been done with the same ‘shoe-string’ budgetary restraints, though! 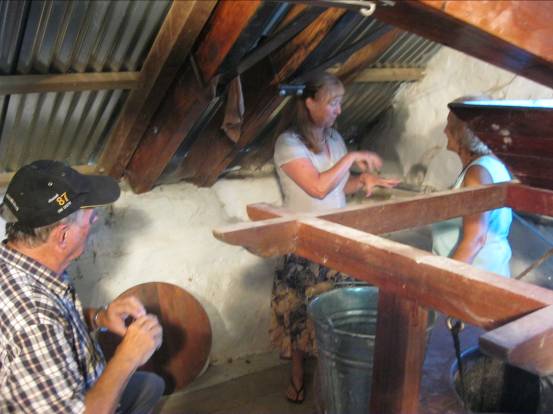 As usual, several groups of people visited and all seemed to enjoy the experience!