My friend Johnny Verreynne visited the Mill on Open Days, nearly four years ago, the 21st January 2007, to be precise. On that occasion he promised some screens from an old threshing machine, which, he said, would be just what we needed to restore the grain cleaner.

The cleaner needed two grades of screen, one which would allow a grain of wheat through but nothing bigger, like husks, sticks and larger stones. Below that it needed a fine screen which no grain would go through, but through which dust would pass. Dust in this case, coming from the field as well as the threshing floor, which was often made of dung.

True to his word, on Tuesday this week, Johnny brought the screens! Although it had taken nearly four years, his timing couldn’t have been better! 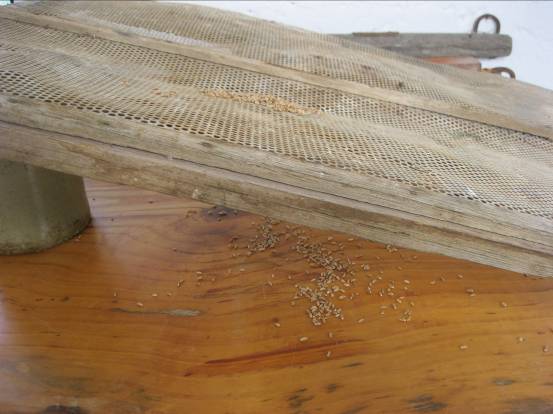 I tested the finer of the two as soon as I could during the week and found that the whole grains passed through it well with the minimum of agitation. A ‘foreigner’ would not.

This would be the ideal screen to use on the upper level! The other screen was coarser, but would work well to support the mosquito netting I bought last week and couldn’t use for the rotary meal screen. 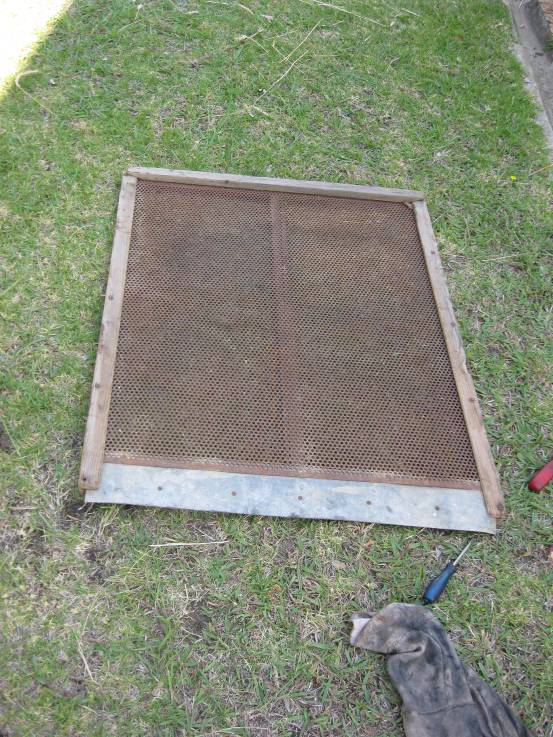 After measuring carefully, I cut the finer screen to size. There were a few places which had been damaged, bound with wire or string. I removed all that and cleaned up both sides with a brass-wired cup brush on the small angle grinder.

I used patches from the off-cut and wired them on, so that the holes aligned exactly. 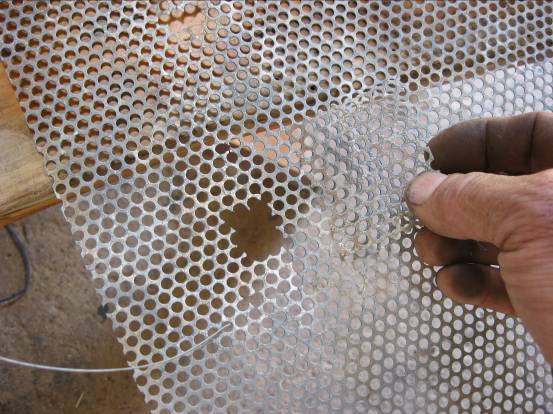 The screen could then be inserted it in the machine to test.

The screen worked best, as with the elevator, at speeds of the water wheel over 5RPM. Soon there was little left on the screen. 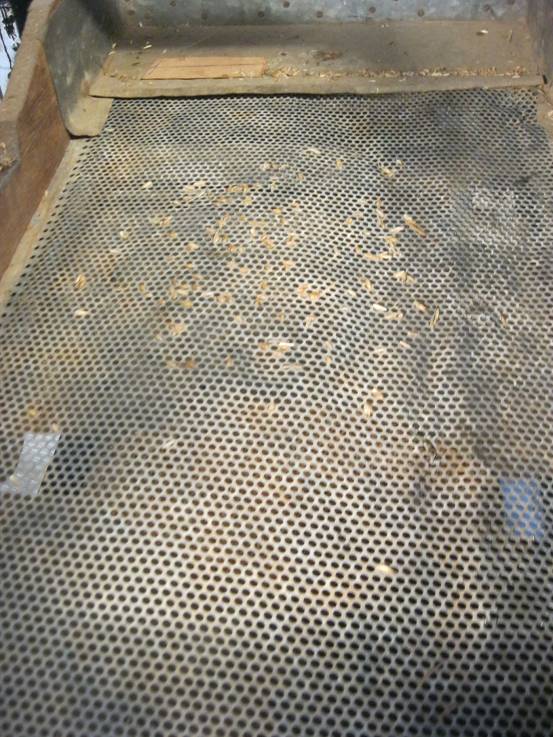 What remained consisted of husks and some sticks. There was no tendency for these to move downward on the screen; they stayed where they were, and it makes me wonder whether there might have been a blower. It was also clear that the screen needed to be very flat; probably supported.

It was necessary to use a lot of water to achieve this speed, so it was an ideal opportunity to test the chamfer I made on the launder outlet last week. It looks as though I might be able to remove the stone as I hoped.

I removed that screen, then cut a slightly shorter screen from the coarser sheet and tested it for size. Once I was happy, I covered it with last week’s mosquito netting and fitted it and fixed it down. 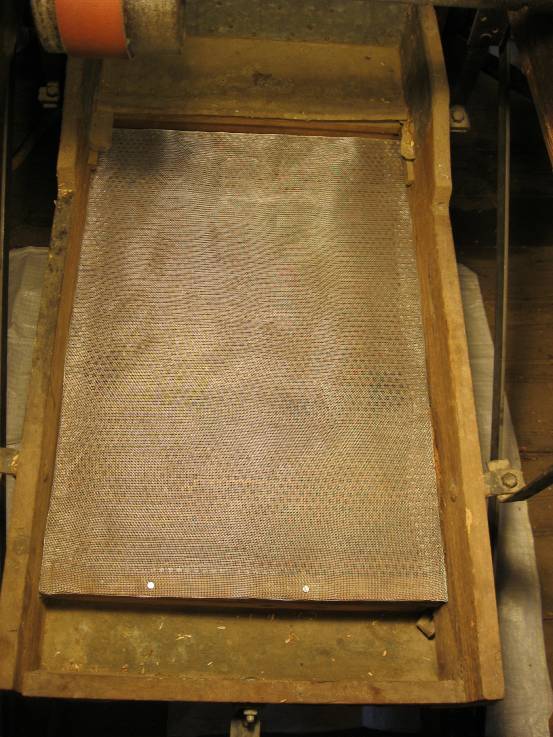 Dust must be able to pass through this, and, importantly, the grain must roll easily over it ('tail over', it's called) into the trough in the foreground and out at the spout in the right hand corner.

I had been pondering all day how to support the flimsier top screen. I then remembered some stiff metal tubing we had been given; it’s light and strong. I think it came from the stove-element industry. With the electric rotary file it was easy to form slots in which each end of the tubes could lie with their upper edges level with the frame of the machine. The next step was to refit the top screen I’d tried out earlier. Before fitting it, I bent it slightly over the edge of a table, a bit at a time, first one way, then the opposite. This had the effect of removing kinks and bumps in the sheet. 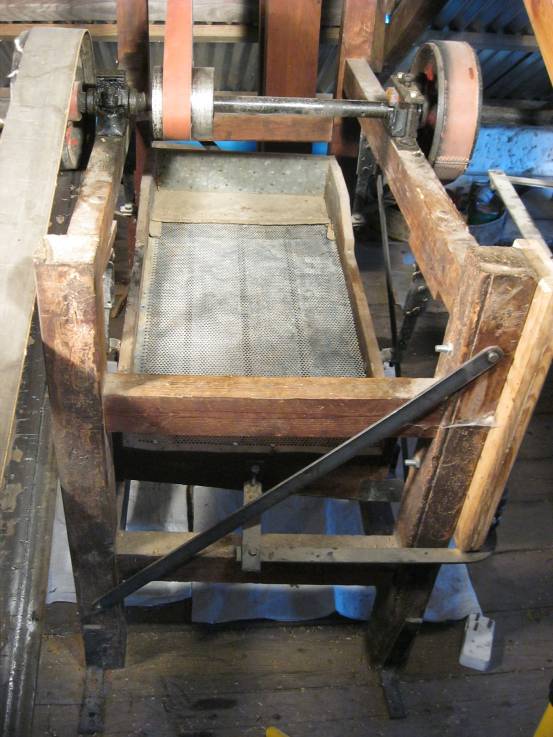 And there, suddenly, the grain cleaner was complete! There wasn’t enough water or time to do a proper trial; that will have to wait for next time!

I did open the short chute from the elevator that feeds it earlier, but the grain came down with such a force that it went all over the place. The open-topped spout will need a lid and some kind of sock will have to be fitted to its outlet.

A special word of thanks must go to Johnny for his kind gift of the screens; his timing was superb!