The plan is to demonstrate the rotary sifter producing three different grades of flour. It doesn’t matter what the grades are, some very fine flour must come out of the first stage, coarser at the next stage and coarsest out of the third. Should any whole grains still be present, they must come out of the bran chute at the end.

The first stage screen is in good order and in position. However, the second and third frames did not fit. The third had a very fine screen on it, so it must have come from another machine. The middle one had no screen at all, and had never had clips or a screen attached.

Last week, I lined the third with a coarse-weave aluminium wire mosquito net, as described in No 136. I had my worries with this screen touching the rotating agitator and it seems my concerns were justified. There were creases in the mesh, and after a short time, the mesh had worn through in two places. 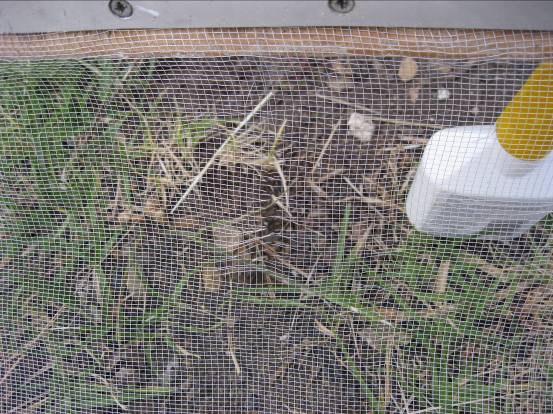 I will need to buy another screen without creases, folds and snags and start again. This time, I’ll use staples instead of tacks on the curved section. I then concentrated on the frame for the middle section. 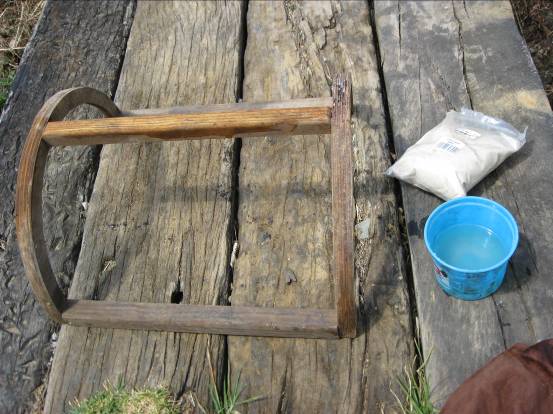 It had got wet and mouldy at some time and had distorted. A wipe-over with an oxalic acid solution brightened the wood up considerably. One ‘bow’ had rotted a bit and splayed out to more than its correct diameter, so I applied cold glue to the damaged section and left it to dry under compression.

The electricians’ DIN-rail was so successful last week for the sockets for the hooks at the back that I bought some more and before long there were two on this frame. 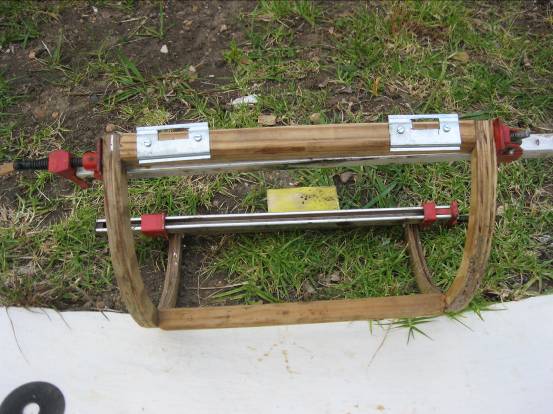 In for a penny…. I made the hooks for the over-centre clips at the front out of the same material. The frame required a lot of trimming with a sanding disc before it fitted the machine, but perseverance won in the end! 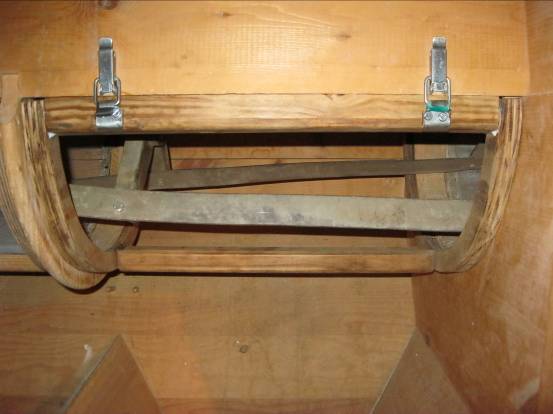 This frame is now ready for the intermediate mesh to be attached. During the week I managed to get some fibreglass woven mesh, a slightly narrower weave than the aluminium mesh. 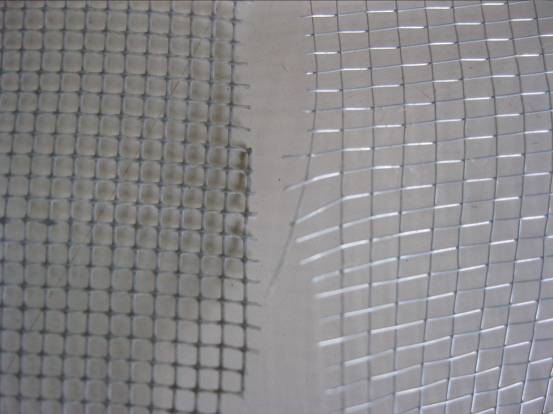 The fibreglass mesh has 31 gaps per 60mm, so averages out at 1.93mm per square, compared with 23 gaps for the aluminium mesh or 2.6mm per square. There is enough difference to demonstrate the machine.

The torn fine mesh removed from the third frame was gainfully employed to repair the small fine hand sifter. 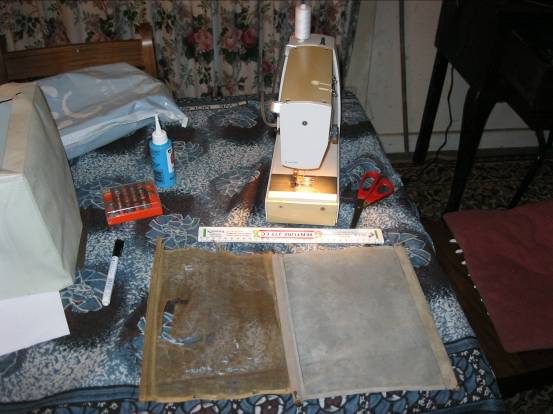 The old torn and rotten screen on the left and the much finer mesh on the right.

Using meal from last Saturday, which was slightly damp coming from the fridge, it was astonishing what went through that fine screen! 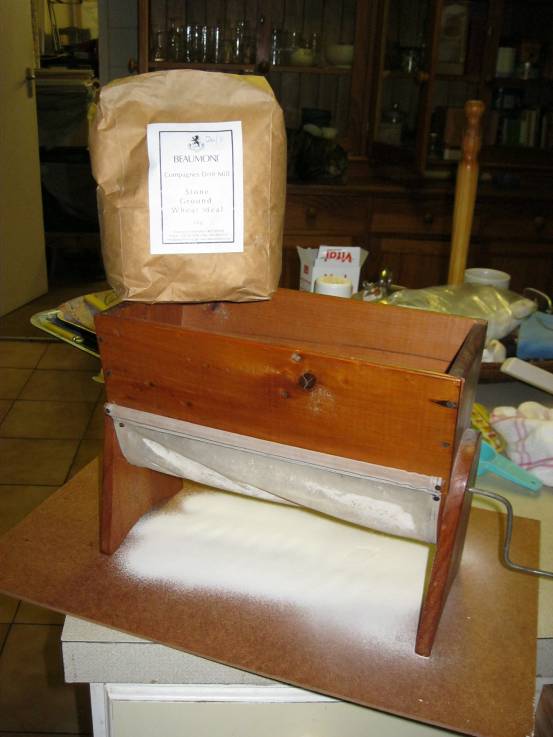 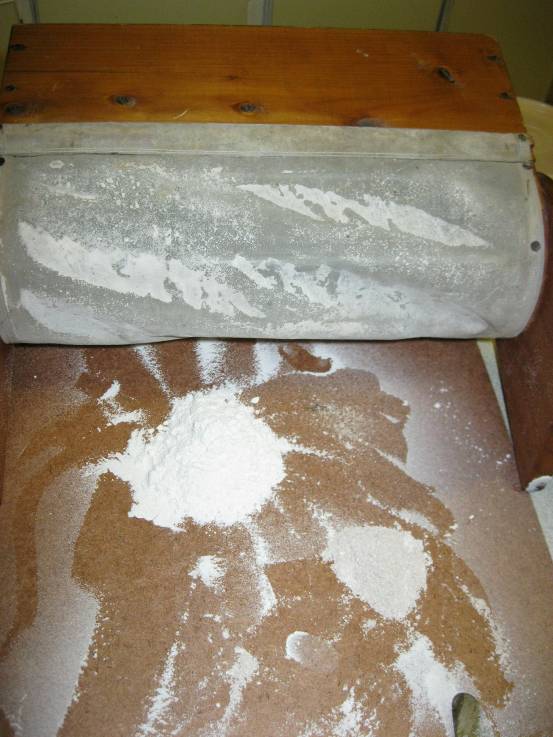 The big pile has gone through, the smaller heap to the right stayed behind, about 20%. Maybe I’m milling too finely?

For some time now, I have been considering repairing the clasp-arm spokes of the pit-wheel. This could easily be original and 200 years old. Only to of the eight ends have rotted like this; the Mill must have flooded at some time and these were at the bottom. 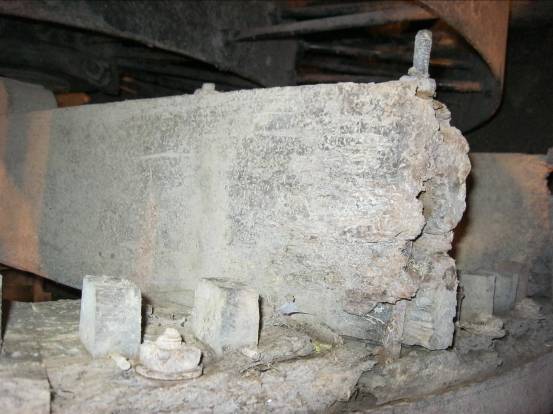 I have some old Oregon of exactly the right dimensions, removed from an old Railway cottage. 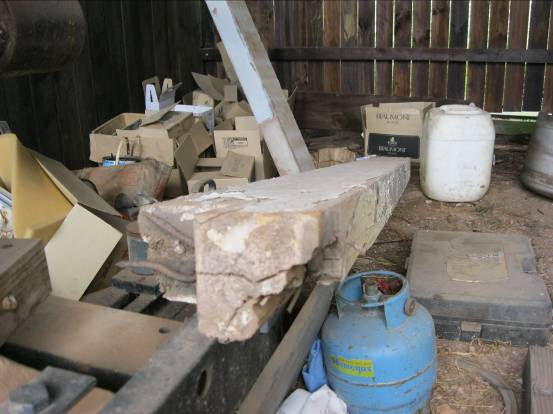 The trick will be to splice new pieces in without removing the wheel!