Two Stationary Engine shows and some farm work have kept me from my favourite pastime, but preparations were made in the meantime. Jan-Renier Voûte visited last time and offered to make up the blank for the ‘Miller’s Willow’ out of some dried Syringa wood he has. He also measured up the paper bags we use and offered to make a wooden meal-scoop.

Before leaving for an overseas holiday he delivered the two, so my project was to finish the Willow and fit it, this being the final stage in the restoration of the Vitruvian Mill! I simply had to sand the wooden arm down until it had the right amount of springiness to hold the ‘rap’ of the shoe against the rotating ‘damsel’. This gives the agitation required to shake the grain off the end of the shoe at a controlled rate. 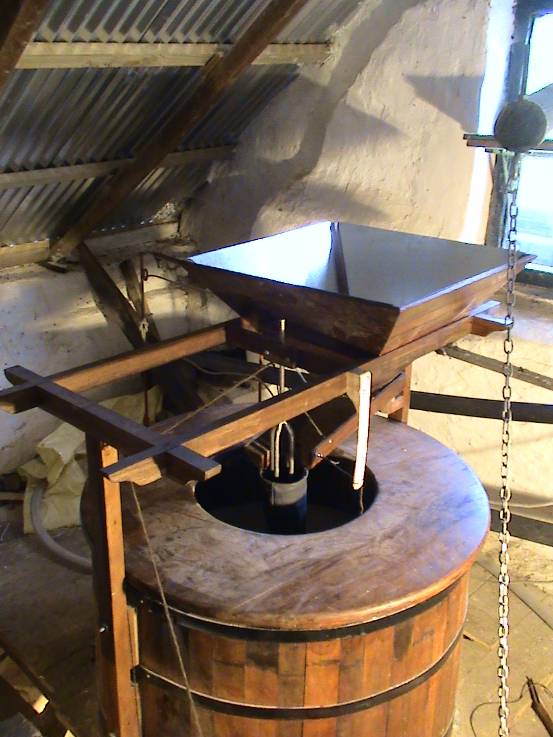 The Miller’s Willow is the light-coloured piece of wood which can be seen facing downwards from the frame of the ‘horse’. A string attaches the lower end of it to a hook on the shoe.

I milled the last of the bag which we have been keeping record of and was pleased to work out that we have bagged 48¾kg of meal out of a 50kg sack of grain! After milling, I take a lot of trouble to sweep up all the ‘left-behinds’ between the bedstone and the tun. While the ‘sweeper’ works well, it doesn’t clean up every last grain of meal. This kind of return was impossible with the Stamford mill where the best cake flour went straight into the atmosphere!

Jan’s other gift was the meal-scoop, made from offcuts, some stinkwood and some apple. He said I could modify it as necessary, which I did, by sanding a radius under the open end, which made it easier to scoop meal up out of the bowl. 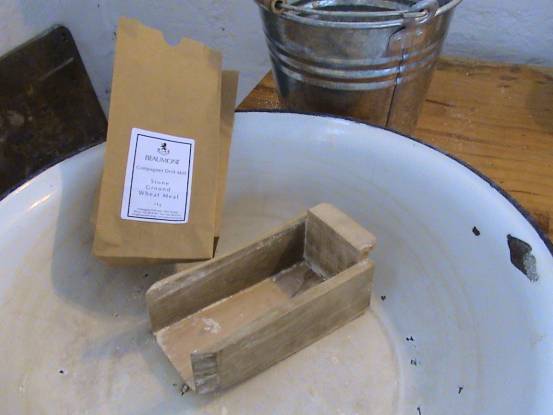 I might yet turn a handle for it out of pear wood, just to add to the mix!

Sebastian had also not been allowing the grass to grow under his feet, as I found to my surprise. Where we had been using metal stands with ropes to prevent the General Public from falling into the tail-race. He has built a fine post-and-rail fence, also across the bridge. Now a visitor can stand on the bridge over the tail-race and be mesmerised by the rotating wheel! 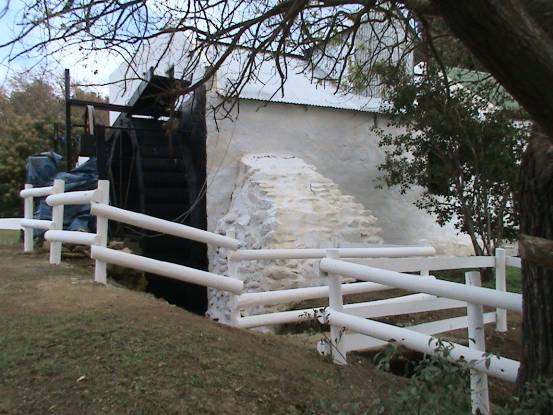 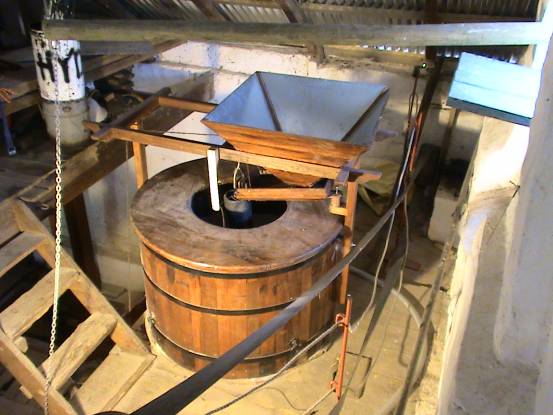