There was very little water in the dam, but with the last bar removed completely from the weir, there was just enough to mill and demonstrate with. That was fine, because it meant I could concentrate on the sifter, while the mill idled away in the background, needing little supervision; just topping up directly into the hopper. There definitely wasn’t enough water to drive the elevator as well! 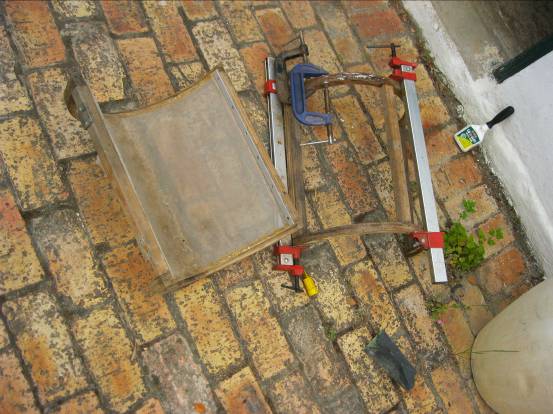 There was glueing and clamping to do on the frame which arrived bare. While that was drying, I stripped the very fine screen off the frame which will be our third and coarsest one. We really don’t want much to come out of the bran spout, so I used a piece of metal woven mosquito netting which should let everything except whole grains through.

But first, there was a bracket to make for the hook at the back. A piece of electrician’s ‘DIN-rail’ worked well, with one edge hammered out flat. It was only necessary to make a rectangular hole for the hook. It works so well, I’ll get some more for the other two I have to make for the middle frame. There was a crack in the wood which the bracket covers and reinforces well. 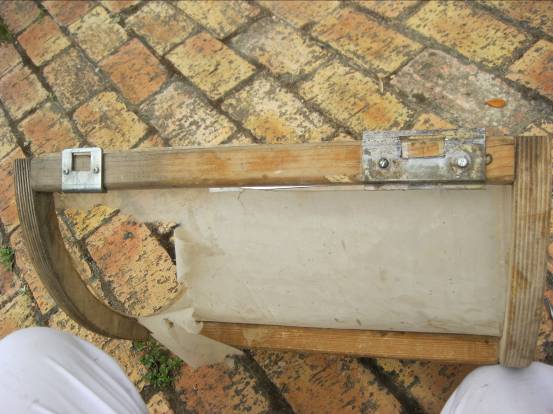 The old screen was torn, yet I removed it carefully, as I have plans for it, to repair one of the hand-sifters. Again, I carefully removed the screen from it to use as a template to cut the saved screen. 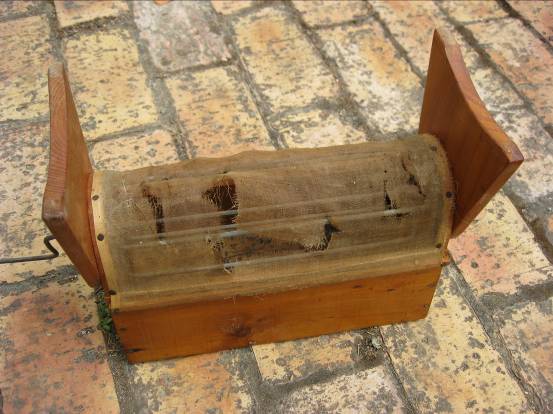 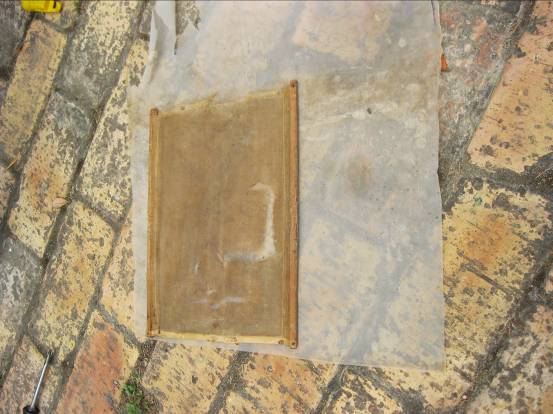 But that’s a job for a sewing machine, so I turned my attention back to the coarse screen’s mesh. It seems the technique is to use contact glue, squeezed straight from the tube, then wiped over the screen and frame, allowed to dry, then wiped again, at which stage, it sticks like mad! 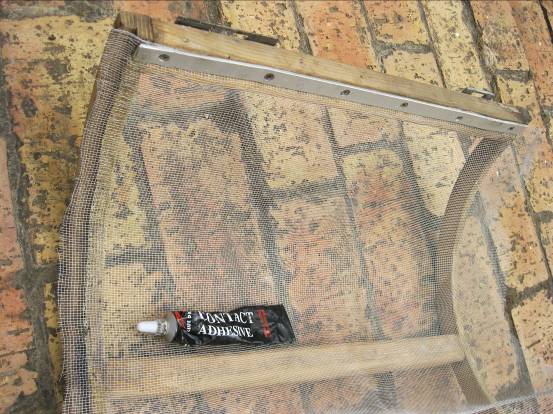 I trimmed the mesh a little too wide, then folded it over and applied more glue, then wiped it again. When that was dry, a row of tacks followed. Then it could be stretched and the opposite side glued, folded and tacked. 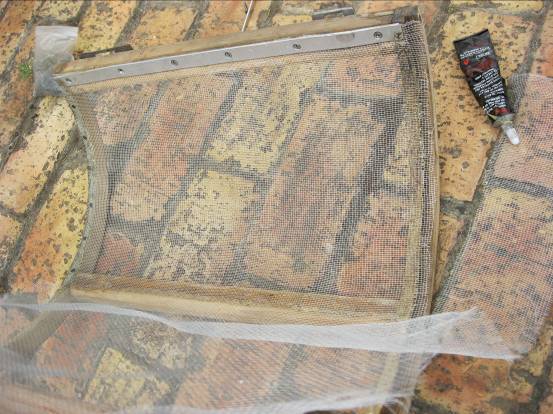 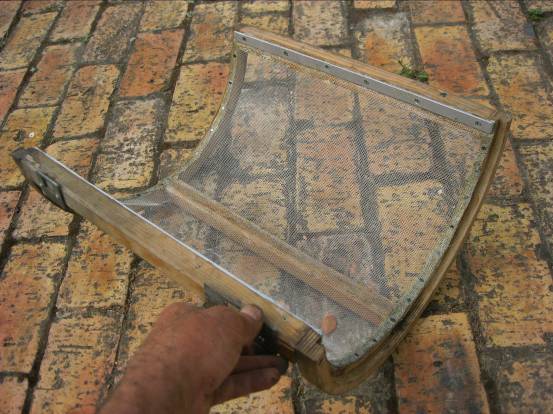 I was then able to refit this screen and frame to the machine. The agitator just touches the screen in one place. It would have been easier to use new mesh; this piece had snagged on something and was difficult to get straight. 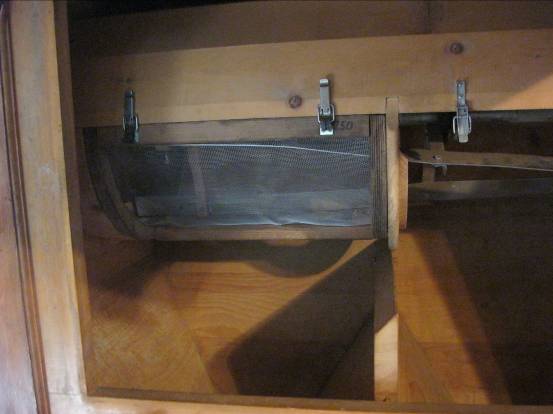 The job had to be done a bit at a time, but it allowed me to progress on the machine itself. I mentioned before the bran end had got wet and mouldy at some stage, so I sanded it after removing the bran spout. I then applied the colour of wood sealer I mixed for the elevator, that being the lightest. 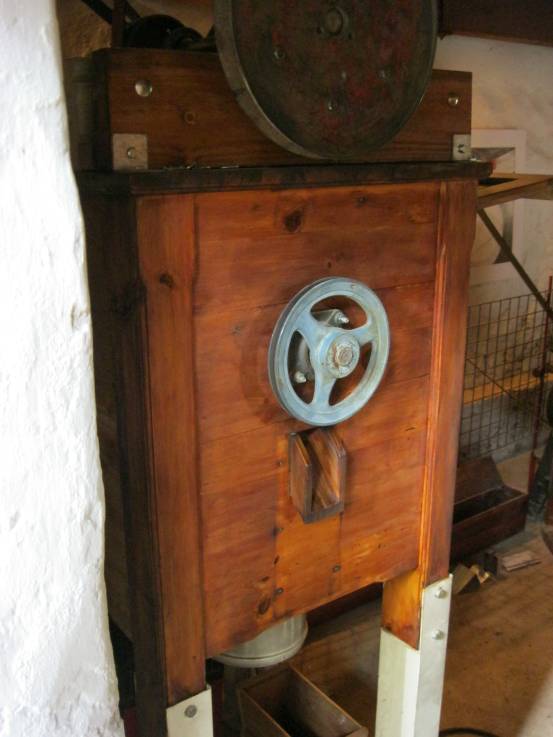 While the spout was off, I cleaned that and the others under the machine as well as the legs of what looked line diesel exhaust deposit. It was hard, dry and difficult to remove. The new wood for the bearing support and tensioner on top got a coat of the same wood sealer. Now I must make a belt-guard! 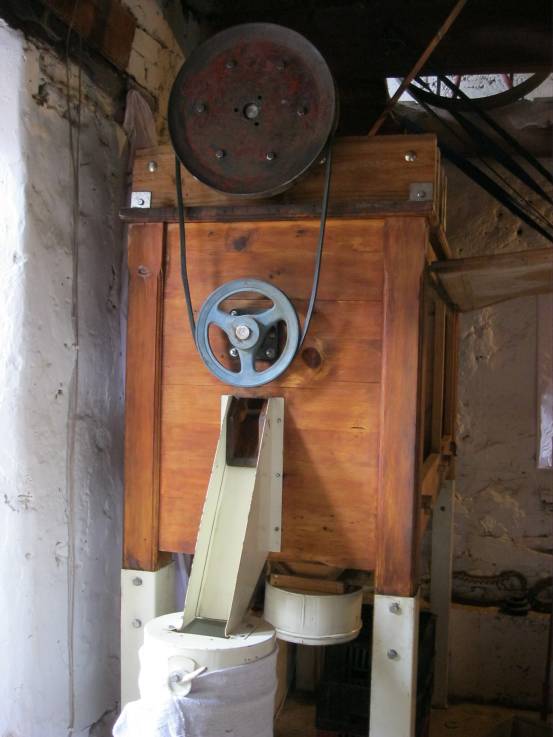 During the day I had an assistant Miller, responsible for quality control. Sophie needed to test right to the bottom of the bucket! 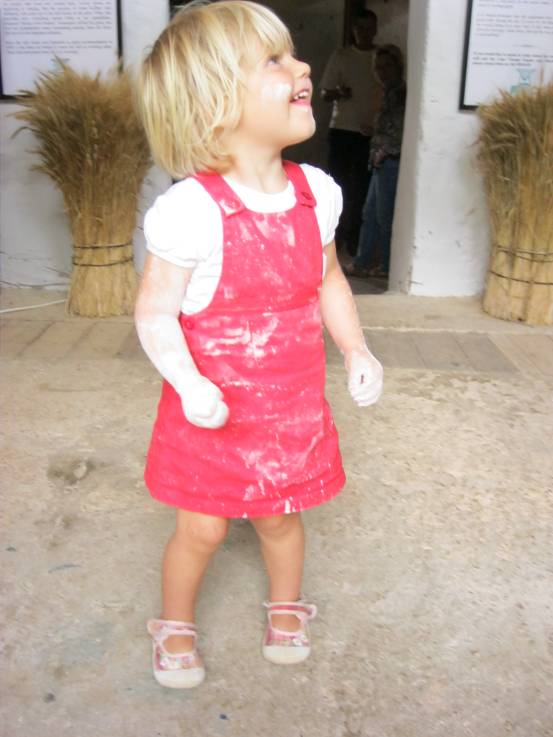 She also pointed out a pruner doing some unpaid overtime in the vineyard, quite unconcerned by us. I saw him/her again as I drove out, not more than 5m from my van. 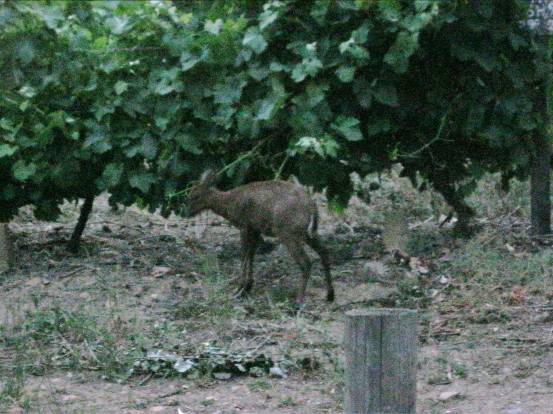 I managed only 8kg of meal for the whole day; some was bought by visitors and one as a sample by the Chef from the large Arabella Hotel nearby, which is hosting a Beaumont Wines dinner on 3rd December.